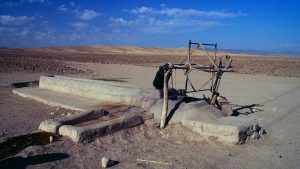 “The Dez River in southwestern Iran is drying up as the temperature in several cities across Khuzestan province has risen to above 50 degrees Celsius or 122 F.

“According to the Meteorological Organization of Iran on Tuesday, temperature in the city of Abadan hit a staggering 52.2 degrees Celsius – or about 126 degrees Fahrenheit – a new record for the city and the province for June temperatures for the first time in 70 years, when the city’s weather station was established.” 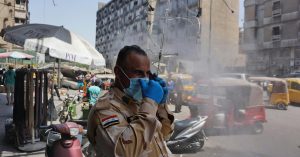 “For Iraqis a sweltering summer of ‘hell’ has begun.

“While Basra is used to scorching summers, this year it has started sooner than expected, bringing misery to residents in a city also plagued by chronic electricity shortages. “By God, we are tired,” Umm Mohammed said faintly, adding that the heat had woken her up in the middle of the night.” 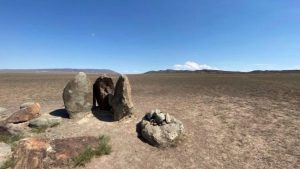 “Desertification is rising in Central Asia…

“The study also says that temperatures have been increasing for the last 35 years across Central Asia, including China, Uzbekistan, and Kyrgyzstan. Moreover, the study found that mountain regions have also become hotter and wetter during the same period, which may cause the withdrawal of some major glaciers.” 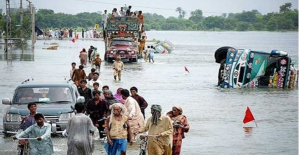 “Torrential rains cause flash floods and landslides in parts of Pakistan.

“After the heatwave pushed temperatures close to record highs, Pakistan is now bracing for the risk of flash floods as pre-monsoon rains continue in different parts of the country. The torrential rains affected different parts of Balochistan and Khyber Pakhtunkhwa provinces…” 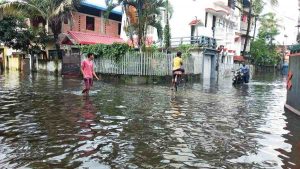 “The Siliguri Municipal Corporation authorities took stock of the situation on Tuesday with a control room opened up. Relief material has also been distributed to affected families.” 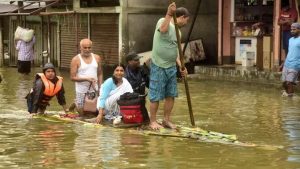 “‘Like a scene from Titanic’: floods in Assam submerge entire villages.

“People living in Assam, in north-east India, are usually stoical about the flooding that occurs to a greater or lesser extent every monsoon season. But this year they say the situation is dramatically worse. “It was like a scene from Titanic,” one man told local media of the rising waters that have flooded all but two of the state’s districts.” 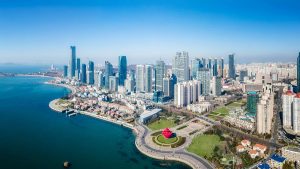 “Power demand in parts of China sets new records amid searing heat… In contrast to the heaviest rainfall in 60 years in southern China, Henan and nearby Shandong and parts of Hebei have battled with scorching heatwaves and drought-like conditions this month. 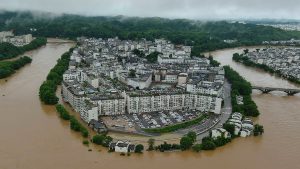 “Guangdong province’s Shaoguan city, where average rainfall since late May has broken records, raised its flood alert to the highest, Level 1…” 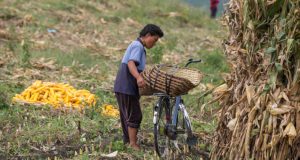 “North Korea is in the middle of a drought that threatens to leave crops starved of water. But this dry spell also comes in the aftermath of heavy rains and destructive flooding, and as the government imposes public health restrictions to prevent the spread of COVID-19. This is the DPRK’s new normal in the climate change era.” 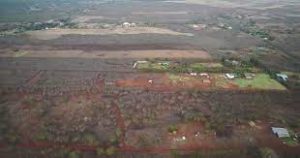 “The unusually dry winter and continuing drought has left farmers with less water, but also struggling to deal with unseasonal and unusual pests. At the same time, growing deer populations are encroaching on their land and eating their crops.” 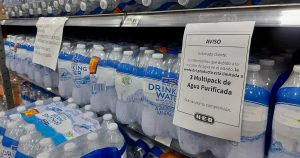 “In the sprawling metropolitan area of Monterrey, home to some 5.3 million people, the drought and years of below-average rainfall have led to citywide water shortages. “We’re in an extreme climate crisis,” Nuevo Leon Governor Samuel Garcia said at a news conference last week. “Today, we’re all living it and suffering.”” 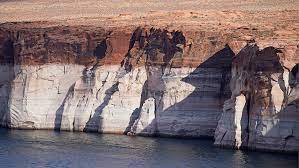 “As water crisis worsens on Colorado River, an urgent call for Western states to ‘act now’…

“The Interior Department is seeking the emergency cuts to reduce the risks of Lake Mead and Lake Powell… “We have urgent needs to act now,” Tanya Trujillo, the Interior Department’s assistant secretary for water and science, said during a speech on Thursday. “We need to be taking action in all states, in all sectors, and in all available ways.”” 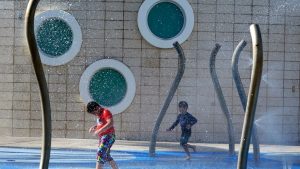 “Over the next few days, the center of heat will shift over the South and Southeast, from Texas to Georgia, and numerous cities are likely to face triple-digit temperatures, including Dallas, Houston, New Orleans, Memphis, Nashville and Atlanta.”

“Electrocuted Birds Are Dying, Sparking Wildfires Across the US.

“Some wildfires might be the result of a gender reveal gone awry or a failed attempt at disposing of camping debris, but plenty others are caused by something far more mundane. Research by a US engineering consultancy firm has revealed that many wildfires are caused by birds that have been electrocuted by power lines.” 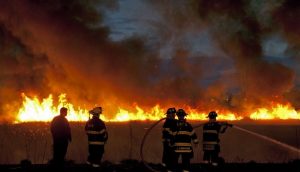 “Wildfire in southern New Jersey grows to about 12,000 acres.

“Firefighters are battling the blaze at Wharton State Forest that is “fueled by dry and breezy conditions,” the service said on social media, and spread across four townships — Washington, Shamong, Hammonton and Mullica.” 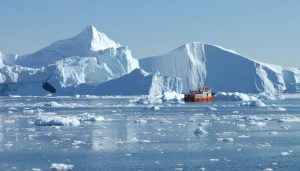 “Greenland’s peripheral glaciers make up only four per cent of the island’s ice cover but are contributing up to 11 per cent of total ice loss from territory, say researchers of a paper published this month in the journal Geophysical Research Letters. 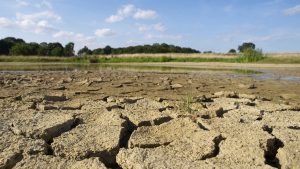 “Parts of Scotland have been warned to beware of water shortages following a “deterioration” in conditions during the start of summer.

An “alert” level warning has been put in place for almost the entire East Coast of the country in response to the growing threat of hot and dry weather… “Water is a finite resource, even in Scotland, and pressures on the water environment will only get worse with climate change.”” 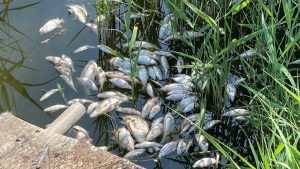 “The UK heatwave caused the mass death of fish at a Derbyshire park amid warnings soaring temperatures are leaving them “gasping for air”.

“Around 100 roach fish were found dead in Belper River Gardens, which runs alongside the River Derwent, on Sunday after temperatures soared past 30C earlier last week.” 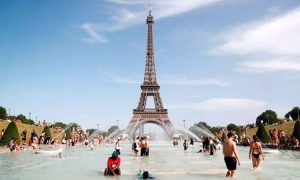 “Trees to trams: How French cities are adapting to heatwave summers. The world is heating up, and France is no exception…

“Météo France reports that the country has suffered at least 43 heat waves have been detected since 1947, but they are becoming more alarming. “Heat waves are increasing in intensity and frequency because of climate change,” said Robert Vautard, meteorologist and climatologist to Reporterre.” 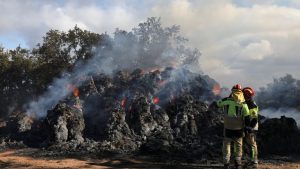 ““What we’re witnessing today is unfortunately a foretaste of the future,” Clare Nullis, a spokeswoman for the World Meteorological Organization, told the Independent over the weekend as she warned that early heat waves were being propelled by climate change.” 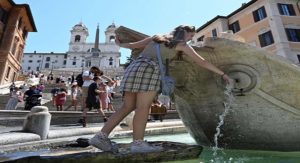 “As of June 21st, Italy’s health authorities have put 16 cities on red or amber alert as meteorologists warn of “unusually” high temperatures for this time of year. Cities on the highest red alert over the coming days include Turin, Bolzano and Bologna, according to the latest official forecasts.”

“Italian regions to declare state of calamity over drought.

“The Lazio region announced the forthcoming adoption of a drought state of calamity on Monday and the Po valley’s regions are considering doing the same as Italy faces its worst drought in 70 years. In the last few days, the heat wave has worsened the drought situation.” 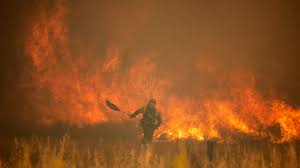 “The first major forest fire of “fire season” gripped the southwestern Aegean town of Marmaris late Tuesday. Firefighters struggled to put out the flames that spread across a forest in the Bördübet neighborhood since the blaze broke out at around 8 p.m. local time.”

“The Al Massira dam, the country’s second largest reservoir, is currently at 6.3%. The lack of water is visible when comparing Sentinel2 images from 2017 and 2022.” 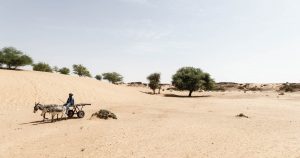 “‘We just pray for rain’: Niger is in the eye of the climate crisis – and children are starving…

“Niger is on the frontline of the climate crisis. Increasingly erratic rainfall and longer dry seasons mean that many parts of the country have not had a good harvest in a decade. Temperatures are rising 1.5 times faster here than the rest of the world…” 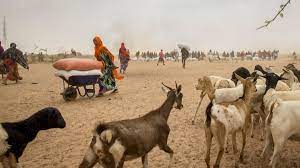 “A record drought in the Horn of Africa has wiped out crops and millions of cattle and left millions of people who depend on them facing hunger. In Ethiopia’s Oromia region, some herders have been forced to eat roots they would normally feed to their cattle.” 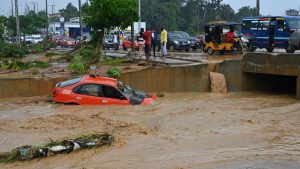 “Between Monday and midday Tuesday, some neighbourhoods in Abidjan received around 200 millimetres (eight inches) of rainfall, the equivalent of several weeks of rain…” 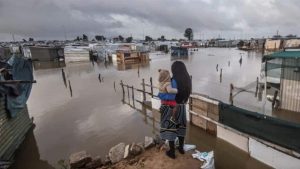 “Cape Town – While the aftermath of the intense rainfall last week was still being dealt with, the rainfall figures recorded by the SA Weather Service (Saws) indicated that Monday, June 13, was the single wettest June day on the Cape Flats since at least 1960…

“”June is the wettest month on average in Cape Town, its mountain catchments and along the West Coast, and the record was broken by a very large margin, so climatologically Monday’s rainfall was quite an extreme event.” 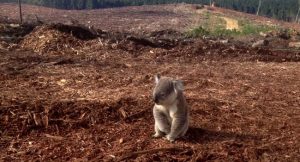 “Mass species extinction is taking place right before our eyes, and yet most of us hardly notice… according to scientists, the world may lose nearly 1 million species by 2030, with one species already becoming extinct every 10 minutes. This is catastrophic, because a world that lacks diversity is a dangerous place for all species, including humans.” 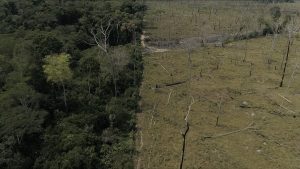 “Here’s what happens if the world loses its rainforests.

“The Amazon is like a gigantic recycler, a water pump… You stop this water pump and the whole system may transform into a savannah because there is not enough water left to sustain a tropical forest. There will be a cascade of impacts following the disappearance of an ecosystem like that. It will probably be more than society as we know it can withstand.”