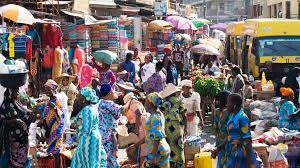 “From New Zealand to Nigeria: the global toll of the cost of living crisis.

“Unsparing inflation across basics from food and energy to housing is pushing millions into poverty, as our correspondents report.” 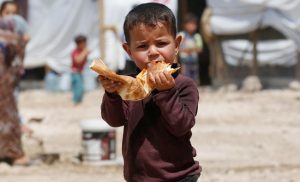 “The World Food Programme is cutting food rations for refugees by as much as half, as it faces a hunger crisis worsened by the war in Ukraine and funding constraints.

““We are being forced to make the heart-breaking decision to cut food rations for refugees who rely on us for their survival,” WFP Executive Director David Beasley said Monday in a statement.” 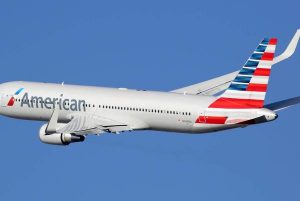 “The strong air cargo demand that has helped passenger-deprived airlines stay afloat over the past two years is showing signs of softening amid decades-high inflation that is pushing up costs… The Baltic Air Freight Index , which shows weekly transactional rates for general cargo, fell 8.7% last week…” 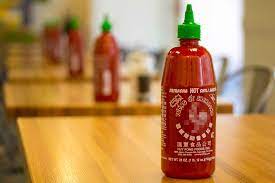 “A shortage of popular food items from popcorn to sriracha is hitting restaurants and grocery shelves this summer, a sign that the world’s immense supply chains are still under pressure.” 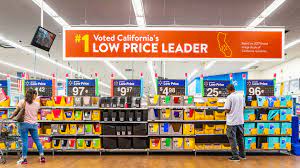 “Americans have started changing their spending habits and an Obama-era economist has warned a recession is inevitable.

“Data shows that many have cut back on large-scale purchases, as evidenced by the 2.3 percent slump in flight bookings and the 4 percent drop in car sales.”

“It looks a lot like a housing bubble [US]. How your local housing market compares to 2007, as told by 4 interactive charts…

“Over the past year alone, home prices have gone up four times faster than incomes. Simple economic theory, which dictates that neither home prices nor incomes can outgrow the other for very long, tells us that isn’t sustainable.” 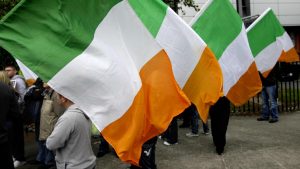 “Thousands took to the streets in Ireland after inflation surged to its highest level since the 1980s, prompting cost of living protests in cities across the country. It rose to 8.3% in May, slightly higher than the EU average rate of 8.1%, according to Eurostat.” 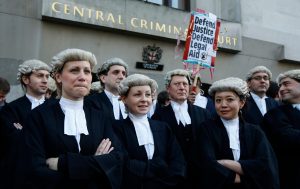 “UK summer of unrest? Strikes in the air from barristers to NHS.

“The UK, some front pages claim, is heading into a 1970s-style summer of unrest, with strikes erupting across the public sector. It is the case that, as well as rail workers, other professions are considering industrial action, but plans vary and much of the disquiet has been building for some time.” 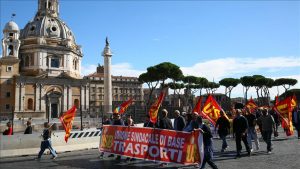 “Cost of living: Threat of ‘summer of discontent’ not unique to UK as unions flex muscles Europe wide…

“Governments across Europe are also being confronted with demands from public sector workers for more pay increases that more accurately reflect the rate at which the cost of living is rising.” 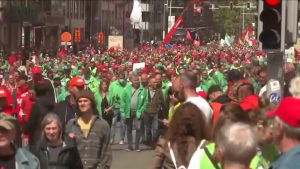 “More than 70,000 people rallied in Belgium’s capital Brussels on Monday in a protest against the soaring cost of guel and food, while strikes at transportation services brought the city home to many of the EU institutions to a standstill.” 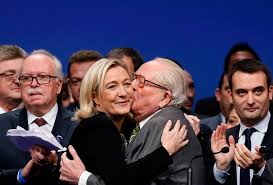 “France’s far-right scored a historic success in legislative elections on Sunday increasing its number of lawmakers almost tenfold and cementing the party’s rise from fringe status to the mainstream opposition… “We are facing a democratic shock because of a very strong break through by the Rassemblement National,” Finance Minister Bruno Le Maire told France 2 television.” 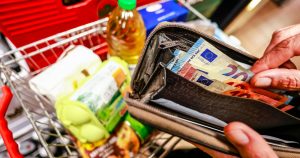 “Producer prices in Germany rose at a record pace in May, marking the fastest increase since the start of data collection in 1949, the country’s statistics office reported Monday.

“Producer prices for industrial products increased by 33.6 percent compared with May 2021. German producer prices have climbed to a new record every month since December 2021.” 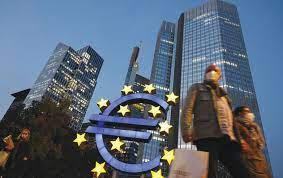 “The risk of the current economic crisis turning into a financial crisis can not be ruled out, and the ECB’s role is to ensure measures to ward it off, the Bank of Portugal governor said on Monday…

“Last week, the European Central Bank (ECB) announced it would create an “anti-fragmentation” instrument in debt markets after countries such as Italy and Spain saw risk premiums soar recently compared to Germany.” 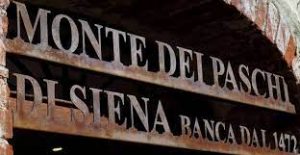 “Italy and its banks feel the heat of spooked bond market.

“… the eurozone outlook is more nightmarish than dreamy — and that is particularly true of Italy and its banking sector… Markets are singling it out as the worst of a bad lot among eurozone nations.” 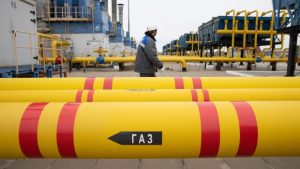 “The deep Russian cuts are threatening the European economy at a time of already high inflation and feeble growth. Uniper SE, Germany’s biggest buyer of Russian gas, said it may find it difficult to supply its own clients if the situation persists. The impact is also spreading, with Denmark declaring an “early warning” on shortages.” 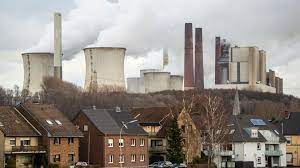 “Winter blackout fears spark dash for coal across Europe: European countries have launched a new dash for coal amid a battle to keep the lights on in the wake of Russia’s invasion of Ukraine.

“The Netherlands on Monday joined Britain and Germany [Austria, too] in warning that it will have to use more of the dirtiest fossil fuel this winter to stave off a looming energy shortage.” 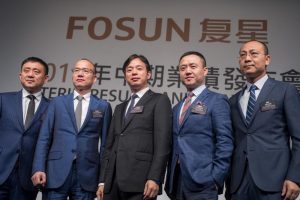 “A record selloff in Fosun International Ltd.’s dollar bonds shows that financial stress among China’s property developers is shifting to the country’s other weaker borrowers.

“In a sign of contagion, an extended slump in the Shanghai-based conglomerate’s dollar bonds is spreading to several Chinese industrial firms’ offshore debt Tuesday.”

“…investigators continue to search for the whereabouts of customers’ missing deposits… The case has highlighted the vulnerability of lenders in China’s less-developed regions as the risk of recession grows in the world’s second largest economy.” 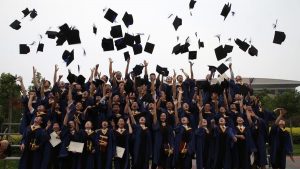 “This Chinese jobs crisis could be its worst.

“The unemployment crisis of 2022 could be the worst since the founding of the People’s Republic in 1949. Nearly one-fifth of those between 16 and 24 years old are not working – a new record – while surveys suggest national joblessness is approaching levels not seen since global trade crashed in 2008.” 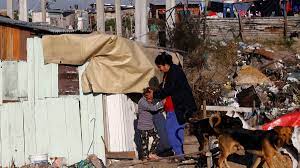 “Not too many eyes on this but Argentina’s credit default swap just surged to all-time highs.

“The global economy is interconnected and can’t sustain this level of monetary tightening from developed economies.

“More issues to come if financial conditions don’t ease up.” 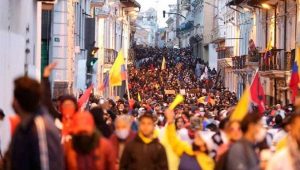 “Thousands of Indigenous people and members of other disgruntled groups marched into Ecuador’s capital on the eighth day of fuel price protests Monday, accused by the president of seeking only “chaos” and his removal.” 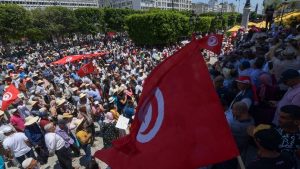 “It followed a similar protest on Saturday called by the Free Constitutional Party over the referendum, and a strike on Thursday by a powerful labour union over government economic reform plans, which brought much of the county to a standstill.” 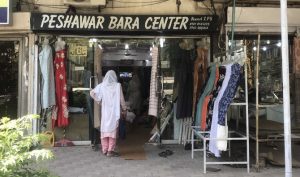 “Pakistan’s capital city Islamabad has ordered shopping malls to factories to cut their operating hours to help curb energy demand, as the nation grapples with fuel shortages and blackouts… “There is an urgent need to take the effective measures for the conservation of energy in Islamabad,” the statement said.” 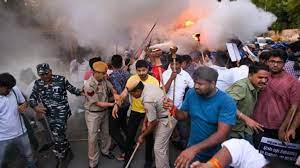 “The riots are not about Agnipath [India], it’s the fury of the unemployed.

“Protests raging across the country against Agnipath, the new scheme of short-service soldiers in the Indian armed forces, reflect the crisis in the job market rather than express public disapproval of the recruitment plan announced.” 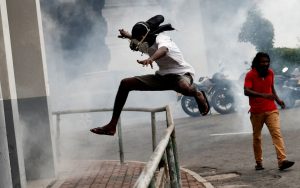 “Sri Lanka could run out of fuel in under 24 hours, as the bankrupt country spirals deeper into economic collapse. It comes days after the military opened fire at a fuel queue to quell unrest… Anger boiled over in the town of Visuvamadu, in the north, after motorists who queued for over 24 hours were told there was no petrol left.” 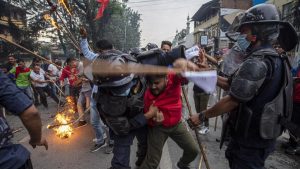 “Police in Nepal’s capital fired teargas and charged at protesters with sticks on Monday to break up a demonstration by students against fuel price hikes, officials and witnesses said, in a sign of growing public discontent over rising inflation.”

“We face a global economic crisis. And no one knows what to do about it…