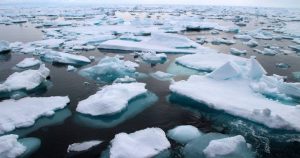 “New data has revealed extraordinary rates of global heating in the Arctic, up to seven times faster than the global average.

“The heating is occurring in the North Barents Sea, a region where fast rising temperatures are suspected to trigger increases in extreme weather in North America, Europe and Asia. The researchers said the heating in this region was an “early warning” of what could happen across the rest of the Arctic.” 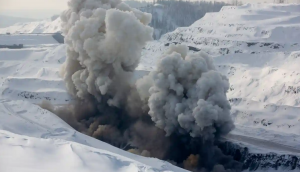 “A coal mine in a remote part of Russia is spewing out huge amounts of a very potent greenhouse gas in what has been described as the “biggest” leak of methane ever detected from a single facility.

“The Raspadskya Mine in Kemerovo region in southern Russia is releasing nearly 90 tonnes of methane every hour, according to new data from GHGSat…” 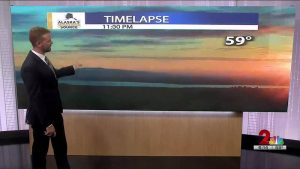 “Anchorage sees the warmest first half of June on record.

“Currently, the first half of the month is sitting with an average temperature above 60 degrees, the warmest first half of June ever recorded in Anchorage. Should this trend continue, it’s possible that both 2019 and 2022 will be the only June months in recorded history with an average temperature during the month above 60 degrees.” 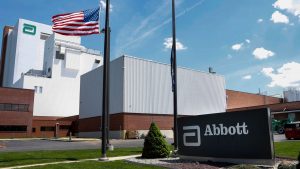 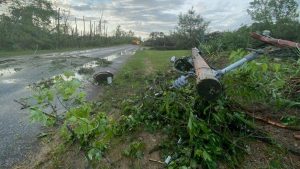 “Almost 90,000 people in Wisconsin are without power after a tornado touches down, leaving homes damaged, trees uprooted, and trucks overturned as the US experiences powerful storms and a heatwave. 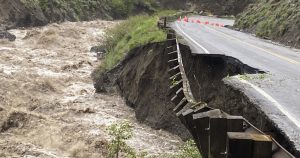 “Since Friday, Montana has been thrashed by a combination of unseasonable events, including heavy rain and later-than-normal snowmelt. The rain was driven by an atmospheric river, which is a ribbon of moisture that sweeps through the air and unleashes heavy rain when it cools.” 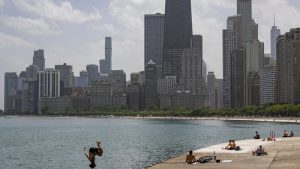 “A significant heat dome has been crowding weather maps over the Lower 48 states for the past week, bringing blistering temperatures that have toppled records. Highs have spiked 10 to 20 degrees above average in spots, and some places have endured their hottest and most humid weather ever observed during June.” 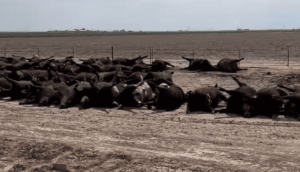 “Thousands of Cattle Die as Brutal Heat Takes Its Toll.

“The Kansas Department of Health recorded at least 2,000 dead cattle in recent days, based on the number of calls for help in disposing of carcasses, Reuters reported. Temperatures near or above 100 degrees across much of Kansas, particularly in the western part of the state, resulted in extreme stress levels for livestock…”

“Higher Heat and Midwest Drought Are Forecast for US Summer [SE US looking sizzling next week btw].

“Higher-than-normal heat is forecast to blanket most of the US from July to September, drying out large chunks of the Great Plains and the Midwest while threatening to push drought into the Mississippi River Valley.” 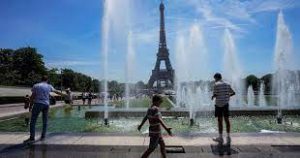 “On Thursday afternoon, the town of St-Jean-de-Minervois in southern France reached 40° C (104° F), the earliest that the country (excluding Corsica) has ever reached 40°, according to the weather service Meteo France.”

“In 2014, this French weather presenter announced the forecast for August 18, 2050 as part of a campaign to alert to the reality of climate change. 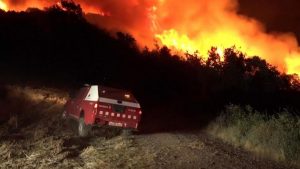 “Spanish rescue services are fighting several forest fires amid an unusual heatwave on the Iberian peninsula. Temperatures in the country have exceeded 40°C in some areas, complicating efforts by firefighters. The most concerning fire broke out near Baldomar, in the northeastern province of Lleida in Catalonia.” 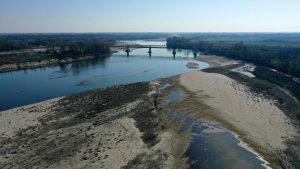 “Italy’s rich northern Lombardy region prepared to declare a state of emergency Thursday over a record drought which is threatening crops and has forced towns in the Po Valley to ration water. “It’s an extremely delicate situation,” regional chief Attilio Fontana told reporters…”

“The rescue mission dubbed “Operation boafo”, which means ‘helper’, was meant to rescue civilians trapped in their homes as a result of the flood. Some of the areas visited were Adjei Kojo, Kaneshie, Odorkor, Graphic Road, and Kasoa.”

“Four adults and two children were killed, and two people were hospitalised with injuries, the fire brigade said in a statement posted on social media.”

“President Ebrahim Raisi paid an aerial visit to Zayandehrud, the largest river in Iran and its basin, the Gavkhuni wetland, a region that had been severely affected by water shortages mainly caused by drought.” 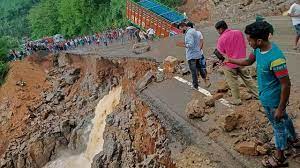 “Northeast [India] rain: ‘Wettest places on earth’ live up to reputation with highest rain in 56 years.

“Meghalaya’s Cherrapunjee or Sohra and Mawsynram are living up to their reputation as the two wettest places on earth as their neighborhood continues to reel under the havoc of the southwest monsoon.” 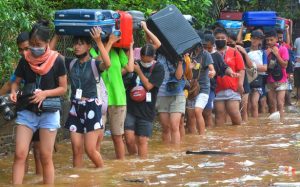 “Eight persons, including six children, died in Assam and Meghalaya due to landslides and floods on Thursday as heavy rains wrecked havoc triggering flash floods and landslides at different places…

“All educational institutions in six districts in Assam were kept shut on Thursday due to unabated rains while life remains seriously affected in the state capital Guwahati due to flashfloods and landslides.” 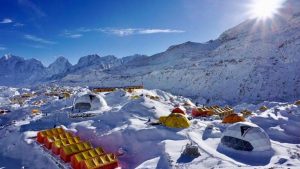 “Nepal is preparing to move its Everest base camp because global warming and human activity are making it unsafe, BBC reported.

“The camp, used by up to 1,500 people in the spring climbing season, is situated on the rapidly thinning Khumbu glacier. A new site is to be found at a lower altitude, where there is no year-round ice, an official told the BBC.” 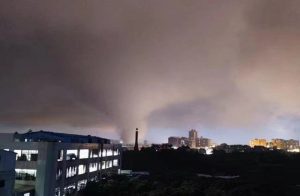 “China hit by rare union of record rainfall, heatwaves and a tornado… Late Thursday, a tornado ripped through parts of Guangzhou…

“”Climate change has already brought serious adverse impacts to China’s natural ecological system, and has continued to spread and penetrate into economy and society,” the government said in its national climate change adaptation strategy published on Monday.” 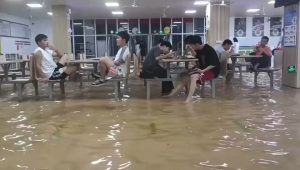 “…some places have issued a red alert for heavy rain, and several rivers have seen significant floods. In the city of Longyan, a section of a road near a tunnel collapsed on Thursday due to the continuous rainfall.” 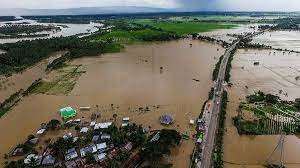 “Flood-hit town in Cotabato under state of calamity [Philippines]…

“A flash flood that hit almost all 27 barangays of Magpet, Cotabato, on Wednesday last week wrought severe damage to crops, roads, and bridges, prompting the municipal council to place the town under a state of calamity.”

“Kiribati govt declares state of disaster due to severe drought.

“This follows increased salinity levels in the water sources and below-normal recent rainfall which is forecast to continue until the end of the year… The Public Utilities Board is advising people to boil water or use bottled water.”

“An ongoing La Niña event in the tropical Pacific Ocean is at near record intensity for this time of year… However, the world’s oceans overall are continuing to take up extra heat from an atmosphere altered by human-caused greenhouse gas emissions, ensuring that more heat will be released into the atmosphere as soon as this La Niña ends.” 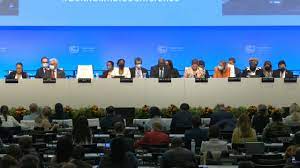 “Two weeks of climate talks in Germany have ended in acrimony between rich and poor countries over cash for climate damage.

“Developing countries say they are reeling from climate change caused by richer countries’ emissions over hundreds of years. They hoped to get compensation onto the official agenda for discussions by world leaders in November. But here in Bonn they couldn’t get the US and the European Union to agree.”