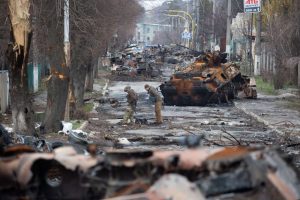 “One of the remarkable things about the global economic order since World War II has been the flexibility of governments in responding to serious crises… This time around, that lucky streak may finally break.

“The current concatenation of problems—the Russia-Ukraine war, inflation, global food and energy shortages, unwinding asset bubbles in the United States, debt crises in developing countries, and the lingering impacts of COVID-19-related shutdowns and supply chain bottlenecks—may be the most serious crisis of them all, not least because central banks can’t print wheat and gasoline.

“Yet there are few signs of the collective responses that will be needed to meet these challenges. Global cooperation has never been more urgent—and seemed less likely.” 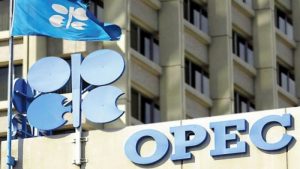 “Oil Prices Spike As OPEC Reveals Production Loss For May.

“Not only did OPEC not lift its production as agreed for the month of May, its production actually decreased, according to OPEC’s latest Monthly Oil Market Report released on Tuesday… OPEC produced a total of 28.508 million bpd in May—down 176,000 bpd from April 2022.”

“A wave of new oil refining capacity that’s coming on stream won’t be enough to solve a global shortage of diesel, jet fuel and similar petroleum products. That’s the takeway from the Paris-based International Energy Agency’s monthly report on Wednesday.” 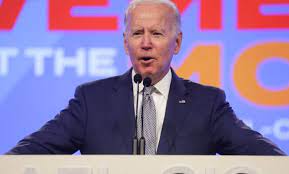 “Biden made the appeal in a letter delivered on Wednesday to major refining companies, including Exxon Mobil, Chevron, Shell, and British Petroleum. While he said the Russian invasion of Ukraine is “principally responsible” for the financial burden US residents are facing, “historically high refinery profit margins are worsening that pain”.” 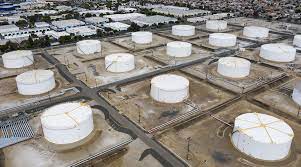 “U.S. to sell up to 45 million bbls oil from reserve as part of historic release.

“The U.S. Department of Energy on Tuesday said it was selling up to 45 million barrels of oil from the Strategic Petroleum Reserve as part of the Biden administration’s previously announced,largest-ever release from the stockpile.” 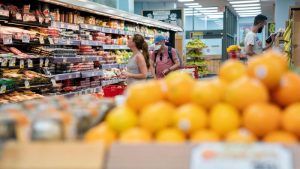 “[US] Consumers pull back spending due to high gas and food prices.

“The high cost of gas and food is causing US consumers to pull back spending on other items, suggesting a slowdown in the economy’s main driving force… More concerning is the details about where consumers are — and are not — spending money.” 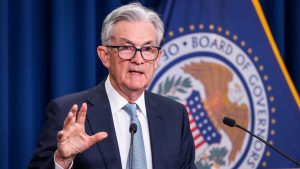 “Fed hikes its benchmark interest rate by 0.75 percentage point, the biggest increase since 1994…

“FOMC members indicated a much stronger path of rate increases ahead to arrest inflation moving at its fastest pace going back to December 1981, according to one commonly cited measure.” 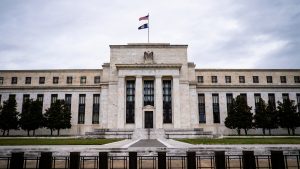 “While the Fed has flagged its plans for so-called quantitative tightening well in advance, investors are not clear what the impact will be of a process that has never been attempted at such scale before.” 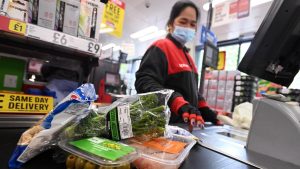 “Meat, cereals, dairy, fruit and vegetables are likely to be the worst affected [Jeez, what else is there?! Pulses?] as the war in Ukraine combines with production lockdowns in China and export bans on key food stuffs such as palm oil from Indonesia and wheat from India, the grocery trade body IGD warns.” 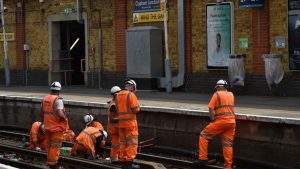 “Are we on the eve of new industrial unrest? With a summer of industrial discontent looming in the UK and unrest across several sectors in various EU member states, it is a moot point… it is again the public sector which is the most militant in terms of strike action and, despite declining membership, trade unions have attempted to regain some of their former influence.” 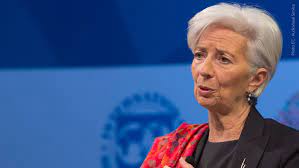 “… the outcome of Wednesday’s meeting largely failed to alleviate concerns. The ECB pledged to accelerate work on a new bond-buying plan to tackle surging borrowing costs in weaker eurozone economies.” 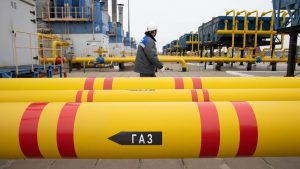 “Robert Habeck, Germany’s economy minister and vice-chancellor, said the move was intended to drive up prices. “It is obviously a strategy to unsettle and drive up prices,” he said on Wednesday, adding, “We can currently buy the necessary quantities from the market, albeit at higher prices.”” 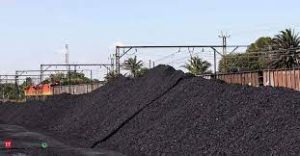 “Poland to subsidise coal for households as shortages hit…

“Under measures approved by the government on Tuesday, consumers will be able to buy up to three tonnes of coal per household at a maximum price of 996.60 zlotys ($223.84) per tonne, climate minister Anna Moskwa said.” 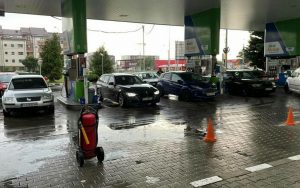 “Gas stations in several Romanian cities were blocked at the beginning of this week by drivers protesting high fuel prices. 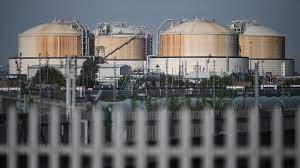 “Europe’s industrial energy costs have skyrocketed in the wake of Russia’s war on Ukraine, severely denting manufacturers’ ability to compete in the global marketplace, with natural gas three times more expensive in Europe than in the U.S.” 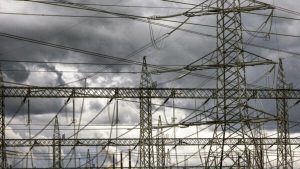 “Australia’s energy market operator took the unprecedented step on Wednesday of suspending the electricity spot market across eastern Australia to ensure it can keep the lights on, amid a string of outages at coal-fired plants.”

“A manufacturing hub in central China is allegedly abusing its Covid control measures to prevent investors who say they have been swindled out of billions of dollars in a suspected financial scam from returning to the city to protest.”

“A new timeline presented on Tuesday to restart a key US liquefied natural gas export plant was much longer than traders had anticipated, while lower deliveries from Indonesia to Russia tightened global supply… Global gas supplies were already slated to be tight this winter…” 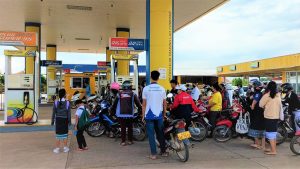 “Laos was already having trouble paying its bills before the recent surge in global food and energy prices precipitated by Russia’s invasion of Ukraine and western countries imposing sanctions on Moscow in response.” 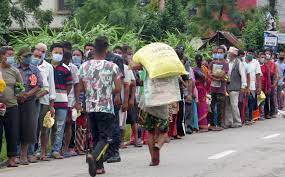 “Fertilizer shortage puts Nepal on the verge of food crisis.

“…which could result in massive losses to the farmers of the Himalayan country.” 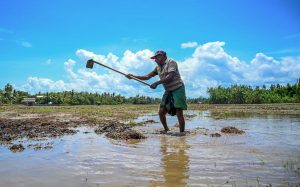 ““It seems appropriate to grant government officials leave for one working day of the week and provide them with the necessary facilities to engage in agricultural activities in their backyards,” said a cabinet statement.” 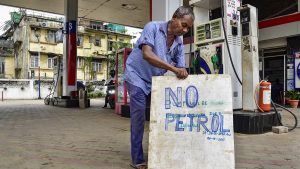 “For the fourth consecutive day, on Wednesday, the shortage of petrol and diesel across fuel outlets prevailed in Ahmedabad as well as other parts of Gujarat with many outlets running out of either petrol or diesel or both… The supply of fuel to retailers from oil companies, both private and public, has reduced over the past fortnight.” 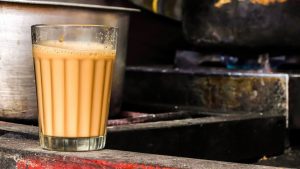 “The country’s Federal Minister for Planning and Development, Ahsan Iqbal, on Tuesday told reporters that Pakistanis could reduce their tea consumption by “one or two cups” per day as imports are putting additional financial strain on the government.” 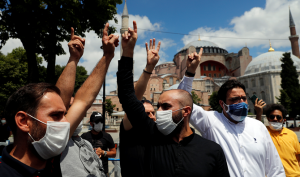 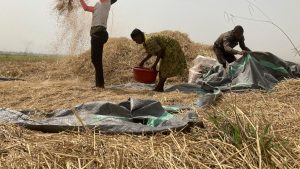 “Mrs. Michael, a trader in paint buckets told Nigerian Tribune that “There is nothing we can do about the increase in food prices. We are all trying to survive. What I do is that I buy my foodstuff in bulk.”” 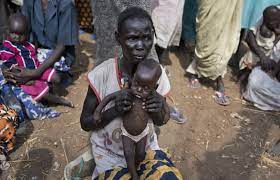 “Approximately 1.7 million people face starvation in South Sudan after the United Nations World Food Programme has been forced to suspend part of its food assistance programme. It comes amid critical funding shortages…” 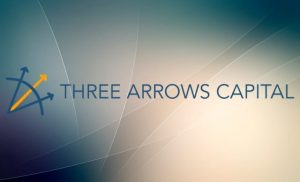 “The “bloodbath” in the cryptocurrency sector may claim another victim, with the co-founder of multibillion dollar hedge fund Three Arrows Capital using Twitter in an attempt to battle rumours that the company is insolvent following the market collapse.” 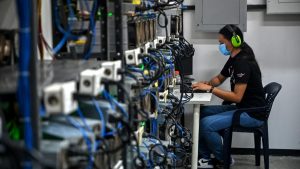 “Bitcoin miners are scaling down production as sinking cryptocurrency prices and rising energy costs squeeze profits and slam their shares… The crypto market has come under strain following months of declines in its biggest coins, shrinking the value of the market from a high of $3.2tn in November to just under $1tn.”