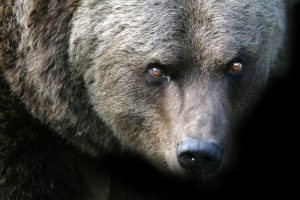 “More than US$18 trillion was erased in the 21-per cent slump from the index’s November 16 high, the textbook definition of a bear market.” 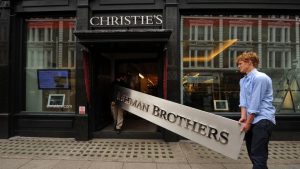 “Christian Hoffmann, a portfolio manager for Thornburg Investment Management, said market liquidity has deteriorated so much that he’s thinking about the dark days of 2008. “Liquidity in the market is worse than it was leading up to Lehman,” said Hoffmann, who worked at the firm that imploded back then…” 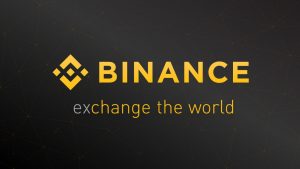 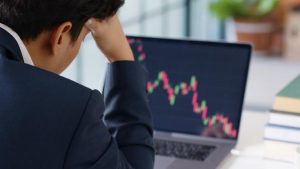 “Stagflation Fears Surge and ‘Sentiment is Dire’ in Bank of America Survey… Global growth optimism at a record low.

“Investor fears of stagflation are at the highest since the 2008 financial crisis, while global growth optimism has sunk to a record low, according to Bank of America Corp.’s monthly fund manager survey. Global profit expectations also dropped to 2008 levels…” 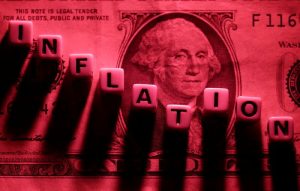 “U.S. corporate bonds were pummeled on Monday… The prices of major exchange-traded funds tracking both the investment grade and the high-yield U.S. bond market dropped, while the cost of insuring against potential defaults rose sharply, in a sign of risk aversion.” 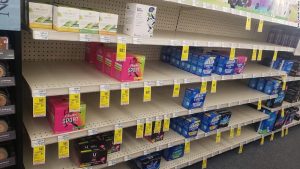 “A tampon shortage is putting a strain on consumers across the [US], an outgrowth of the same forces vexing the global economy — from soaring raw material and fuel costs, to labor shortages and an embattled supply chain — and experts say little relief is in sight.” 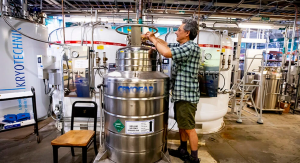 “…for physicists like Harvard Professor Amir Yacoby tight supplies of the noble gas in recent months actually threaten to halt research in its tracks. “This is a tremendous blow,” said Yacoby, who estimates about 40 percent of his lab’s activity has been negatively impacted. “This crisis is not going to go away quickly.”” 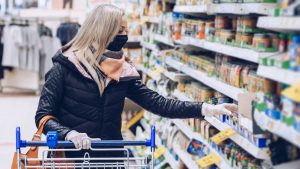 “The UK has plunged further towards financial crisis after it was revealed the economy contracted for the second month in a row in April.

“The Office for National Statistics (ONS) said gross domestic product (GDP), a measure of the size of the economy, fell by 0.3% in April, with all three main sectors suffering a fall in output for the first time since January 2021.” 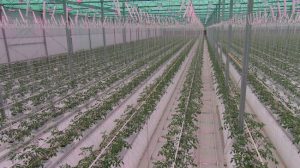 “The Department for Environment Food & Rural Affairs said Monday it will invest £270 million ($332 million) until 2029 in boosting farm output, and review planning permission to support glasshouse developments to reduce imports.” 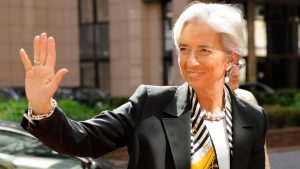 “The ECB Is No Longer an Inflation-Targeting Central Bank

“The real goal of policy makers is keeping the euro zone’s weakest members from leaving the currency union — and that may be impossible… At 8.7%, Germany’s inflation rate is far higher now than it was at any time in the 1970s… the ECB… left its key interest rate unchanged at minus 0.5% throughout this inflationary surge.” 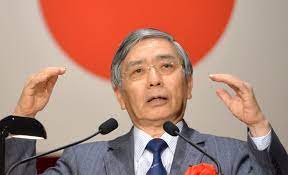 “As the war in Ukraine pressures global fuel and food prices, household brands from Uniqlo to 7-Eleven have anounced price hikes, with budget sushi chain Sushiro causing shock when it said it would no longer offer plates for 100 yen ($0.75)… But Bank of Japan governor Haruhiko Kuroda said last week that “monetary tightening is not at all a suitable measure” for Japan…” 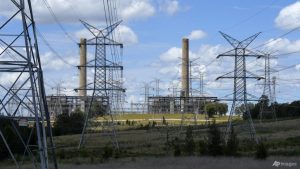 “An update published on the AEMO website cautioned of maximum power load interruptions in Queensland, New South Wales, Victoria, South Australia and Tasmania. The warnings were initially sent for the east coast of Queensland and NSW, but have now spread to hundreds of thousands of additional households across the nation.” 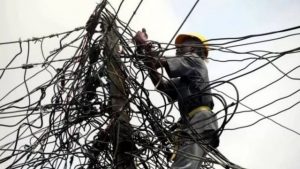 “The national electricity grid has collapsed again throwing the country into a widespread blackout for the fifth time in 2022, Vanguard has learnt… Power distributors in Kaduna, Lagos and other parts of the country said they have not been able to receive bulk electricity from the national supply line.” 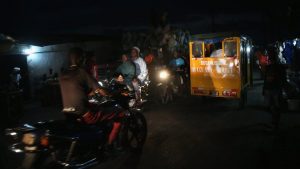 “The impact on Liberian businesses has been devastating… To make matters worse, in March, citing the impact of the war in Ukraine, the government increased the price of petrol by $1.16 per gallon… The fuel price increase is adding to the costs of running generators when the electricity supply is turned off.” 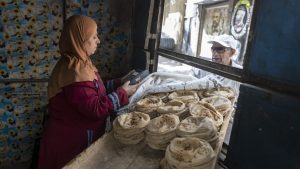 “The ration cards of hundreds of thousands of Egyptians have been revoked to lighten the state’s subsidy bill in response to the International Monetary Fund conditions and the rising cost of wheat imports… the ministry has set new conditions for subsidy eligibility.” 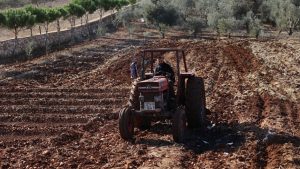 “Back to the land: Lebanese family turns to farming to survive crises…

“Like many families in crisis-plagued Lebanon, Shreim turned to farming after the local pound began to slip in 2019, making his construction work scarce and his grocery runs ever more costly. “We couldn’t work, so what did we do? We turned to agriculture…”” 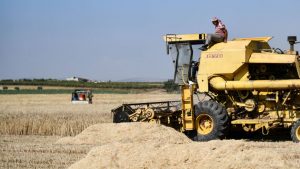 “The Syrian opposition’s interim government is trying to prevent the smuggling of strategic crops, namely wheat, from its areas of control, amid a global food crisis resulting from the Ukraine war… Syria ranked first among the 10 most food insecure countries in the world this year, according to the UN.” 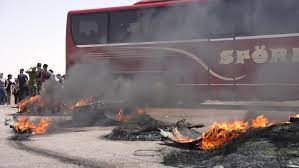 “The protest started at the al-Sidra checkpoint outside Basra, preventing trucks, officials, and oil companies’ employees from entering the city. They blockaded the highway with burning tires and anti-riot police were deployed to the area.” 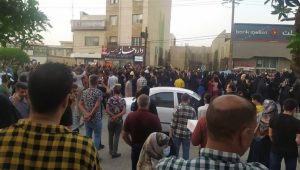 “There has been no sign this week to indicate that Iran and the US will restart their indirect negotiations aimed at restoring the Joint Comprehensive Plan of Action which have stalled since March following disagreements over sanctions relief.” 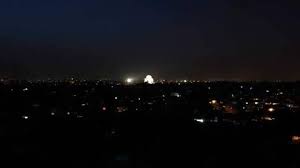 “The supply crunch will go beyond blackouts. The government has redirected existing natural gas supplies to power plants, short-changing fertilizer makers that depend on the fuel as a feedstock. That move could threaten the next harvest, leading to even higher food costs next year.” 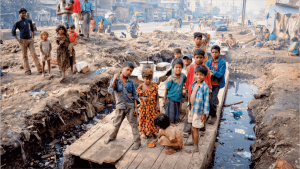 “India’s rupee hit a record low in opening trade on Monday while bond yields spiked to their highest levels in more than three years as a sharper jump in U.S. inflation raised concern over the Federal Reserve resorting to steeper rate increases.”

“Desperation mounts in Afghanistan as millions suffer from acute hunger.

“According to the United Nations, some 23 million people are suffering from acute hunger n Afghanistan, including 10 million children who urgently need help in order to survive… aid is dwindling fast and the situation… is reaching a critical stage.” 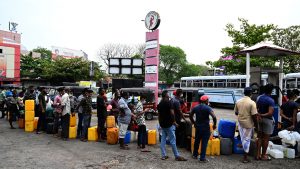 “”We have no choice but to register consumers at filling stations and give them a guaranteed weekly quota until we are able to strengthen the financial situation,” the energy minister said. “I hope to have this system in place by the first week of July.”” 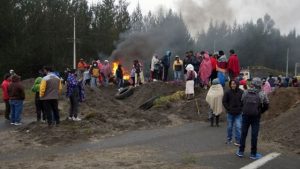 “The nationwide demonstration kicked off at midnight and saw roads blocked with burning tires and barricades of sand, rocks and tree branches in at least 10 of Ecuador’s 24 provinces, authorities said, with access to the capital Quito partly cut off.” 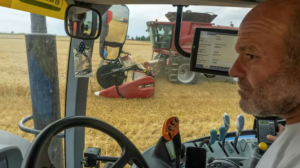 “The cost of inputs such as fuel and fertiliser has …risen steeply as the war hits supplies and inflation soars in Argentina’s stuttering economy. Meanwhile, the government recently indicated it was considering increasing the 12 per cent tax levied on wheat exports…”