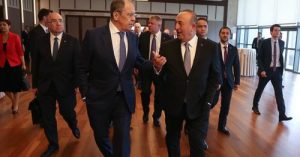 “Food prices: how countries are using the global crisis to gain geopolitical power.

“When jostling for influence in a region, food exports can become a diplomatic instrument in the form of “food power”. Just as the EU is keen to address expected shortages in the Middle East and North Africa to shore up its influence in the region, for instance, China is supporting African countries facing food crises. 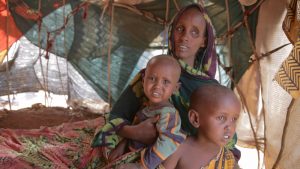 “Meanwhile, there is also a battle for control over the narrative on food shortages. Accusations of weaponising food are being levelled at Russia, while China has been both the accused and accuser when it comes to food hoarding fears. The chair of the African Union, Senegalese president Macky Sall, has also blamed western sanctions for supply chain issues.

“As major world powers blame each other for their role in driving the current crisis, distributing a limited amount of food to meet global demand will be a defining issue of 2022.” 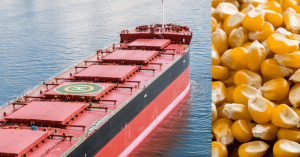 “Food imports are expected to total $1.81 trillion this year, surpassing an all-time high set last year by $51 billion, the United Nations’ Food and Agriculture Organization said in a report Thursday. Almost all of that is because of inflation…” 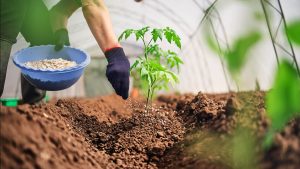 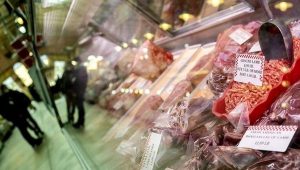 “Inflation in the US rose unexpectedly last month to a fresh four-decade high of 8.6%, the labor department said on Friday.

“The latest consumer price index (CPI) figures showed that the cost of living increased by one percentage point from April and was broad-based, with the indexes for shelter, gasoline and food being the largest contributors.” 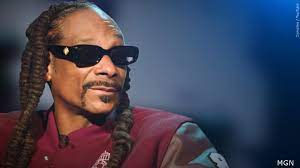 “Snoop Dogg has given a pay rise to his full-time blunt roller as soaring inflation bites.

The US rapper – who is known to smoke weed every day – took on an employee to produce perfectly rolled joints after saying he didn’t have the time to do it himself… He added that the perks of the job include free weed and clothes.” 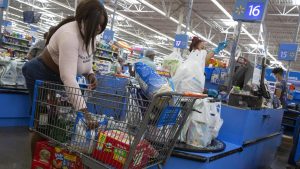 “Consumer sentiment in the US has plunged to an all-time low amid soaring inflation, even as Treasury Secretary Janet Yellen expresses puzzlement at Americans’ dim view on the economy.

“The University of Michigan’s index of consumer sentiment plunged 14 percent this month from May, to its lowest level since the survey began in its current form in the mid 1970s…” 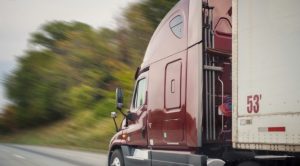 “Austin Smith, owner of Iron River Express, said it has cost him over $20,000 a week to keep his three trucks running. “If something drastic doesn’t change in the next few weeks/months, I promise you, you’ll see empty shelves everywhere you look,” Smith wrote… “You’ll see chaos as people fight for the basic necessities of everyday life.”” 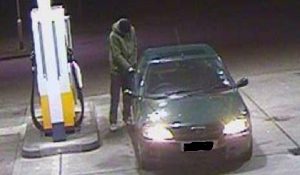 “Figures from Forecourt Eye, a company that collects payments on behalf of about 1,000 garages around the UK, show there was a 39% increase in reports of non-payment between January and May this year.” 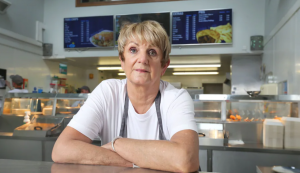 “‘My chip shop survived 1970s inflation – but it won’t make it this time’ … Inflation has pushed three in four UK small businesses to the brink, according to retail service Klaviyo. 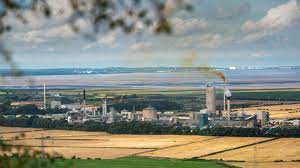 “CF Industries said it could no longer afford to keep the plant open amid spiralling gas prices and high environmental taxes. Production has been suspended since September.” 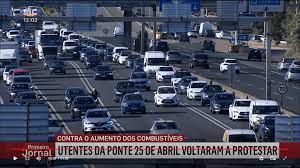 “Petrol and diesel are selling at the pumps at ‘hitherto unseen values’. This week heralded what newspapers described as ‘another brutal increase’ in prices; next week is set to see another very similar. The consequences on all levels of the economy are becoming unsustainable.” 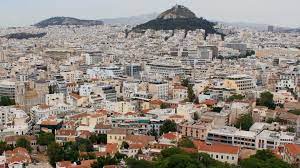 “Greece plans to reduce state energy consumption by 30% by 2030…

“Greece has been subsidising households since September to help consumers cope with ballooning power bills amid soaring gas prices, exacerbated by the war in Ukraine. The government has spent about 7 billion euros in subsidies so far.” 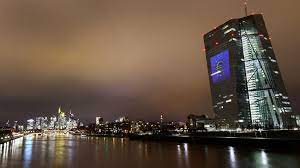 “The move will see it follow other central banks in the shift from supporting pandemic economies to fighting rapidly-rising inflation. The Bank of England has approved four rate increases since December and the US Federal Reserve raised its rate by a half-point in May.” 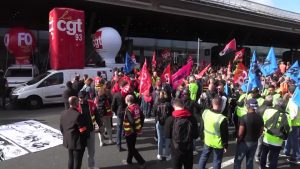 “The long-awaited post-lockdown travel boom is rapidly turning into a bust for holidaymakers… The chaotic scenes playing out at airports from Ireland to Germany to Turkey represent a major setback for an industry hit particularly hard in the last two years of the pandemic.” 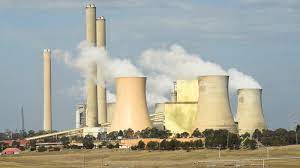 “There is no relief in sight from Australia’s energy crisis with the nation’s largest energy producer revealing several of its a coal-fired power units will be out of production for some time.

“AGL Energy Limited on Friday confirmed its Loy Yang A unit 2 in Victoria’s Latrobe Valley, which went offline in April, will not be fixed until “the second half of September”.” 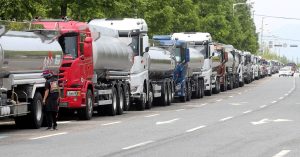 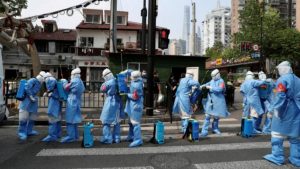 “Xi Jinping has reiterated China’s commitment to zero-Covid, declaring “persistence is victory”, as Shanghai and Beijing were hit with new lockdowns, shutdowns, and mass testing drives just a week after the cities celebrated the easing of restrictions.” 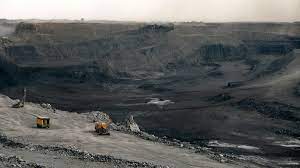 “Thermal coal in China has climbed above the government’s price caps imposed last month, prompting regulators to dispatch squads to major mining regions to ensure compliance… China’s efforts to subdue the price of its mainstay fuel are just one facet of a wider struggle across the world to contain energy inflation…” 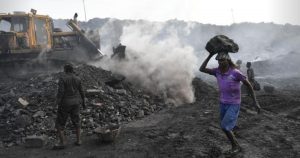 “India’s electricity demand has soared to new records, raising fears that blackouts that had eased in recent weeks could return…

“Soaring temperatures and rising industrial activity have boosted sales of electricity this summer, pressuring domestic supplies of coal, which generate about 70% of the country’s power.” 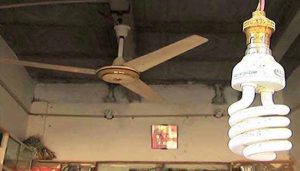 “Soaring power cuts for nearly 6 hours in exempted areas of Karachi have deepened the miseries of the people. As per details, different areas of the city were plunged into darkness for around 18 hours.” 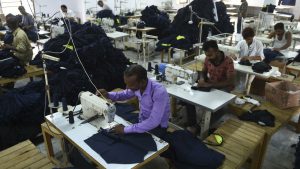 “Pakistan’s textile exports are set to dramatically dip as the sector is hobbled by a nationwide energy crisis forcing daily power cuts on factories, with an industry leader warning about “a state of emergency” for the manufacturing hub.” 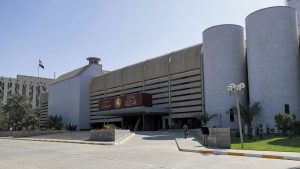 “Nearly eight months after early legislative elections were held on Oct. 10, 2021, Iraq is still unable to form a new government. The law, to address an urgent food crisis sparked by the war in Ukraine, had been caught in the politics of the deadlocked government formation process, now in its seventh month.” 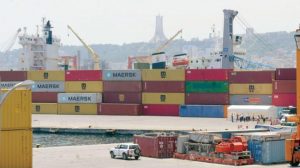 “Algeria has suspended foreign trade in products and services with Spain amid an escalating dispute over the status of Western Sahara.

“Thursday’s announcement came a day after the North African nation suspended a 20-year-old friendship treaty with Spain that committed the two sides to cooperation in controlling migration flows. Algeria has also banned imports from Spain.” 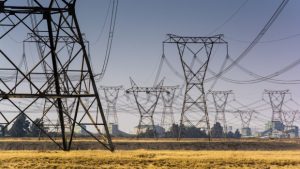 “Any protests by the workers may hit power supply further. Eskom generates almost all of South Africa’s electricity and has been implementing frequent nationwide power cuts that reached a record last year.”

“Where we are heading, will not be just a recession or a “normal” economic crisis. It will, most likely, be a devastating combination of overlapping crises, a process which we have named a ‘multifaceted economic crisis’.”