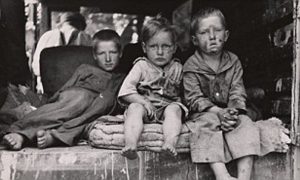 “The global economy faces a protracted period of weak growth and high inflation reminiscent of the 1970s as the impact of a two-year pandemic is compounded by Russia’s invasion of Ukraine, the World Bank has warned.

[We can also look at the global economy as a parasitic superorganism that is now entering its death throes because it has exhausted its host, the earth, and its own financial creativity such that it cannot continue growing, which is a pre-requisite for its survival.

It bears repeating that the global economy was already in distress prior to the pandemic. The peaking of global oil production in November 2018 was a watershed. The pandemic and the war are certainly exacerbating our “limits to growth” crisis but perhaps can also be understood as surface manifestations of the same.]

“David Malpass, the Bank’s president, said: “The war in Ukraine, lockdowns in China, supply chain disruptions and the risk of stagflation are hammering growth. For many countries, recession will be hard to avoid.”” 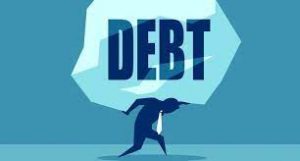 “Debt loads are especially growing in low and middle-income countries, along with major slowdowns in economic growth, putting more and more pressure on financial sources. And, things seemingly can only get worse leading to the possibility of a shock somewhere setting off a financial crisis.” 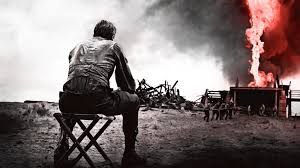 “I’ve been on the record as saying that with the debt mountain as it is, the authorities had to almost permanently use financial repression to keep spot real yields negative for the rest of my career. If they turned positive for any length of time, I felt the global debt mountain would be at risk of seeing hard defaults and systemic attacks.” 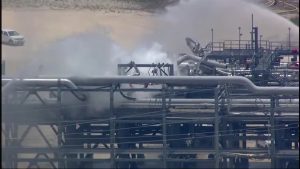 “Fire at US natural gas plant deals blow to exports.

“One of the biggest US liquefied natural gas plants will be closed for at least three weeks after an explosion, dealing a blow to exports at a time when the industry is trying to boost supplies to Europe.” 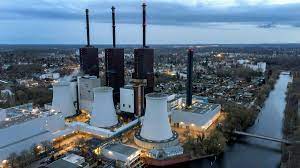 “Europe is at risk of energy shortages and rationing this winter after Russia’s invasion of Ukraine, warned the head of the International Energy Agency (IEA) today.

“Faith Birol further argued that rebounding demand in China alongside colder winter weather were also challenging headwinds that could threaten energy supplies and deepen the current crisis. He said: “I am especially worried about the natural gas markets…”” 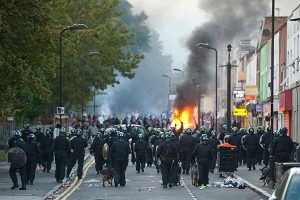 “Watch out, Boris [Johnson] – recession and a fuel crisis can quickly explode into anarchy…

“Sri Lanka’s plight is… a salutary reminder that economic progress is not a given and that even relatively wealthy countries can slip backwards fast given the right (or wrong) circumstances. Its woes also demonstrate quite how quickly a food and fuel crisis can explode into anarchy.” 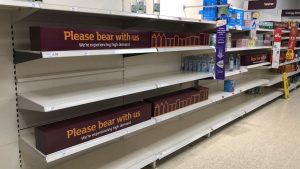 “[UK] Supermarket shelves could be left empty if planned massive rail strikes go ahead at the end of the month, industry sources have told i.

“Ministers were weeks ago privately warned by the rail freight industry of “potentially severe” impacts from the biggest walkouts in the sector for years, including supply chain disruption.” 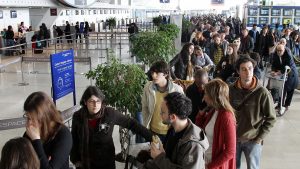 “Quarter of Paris flights cancelled due to strike…

“The strike by airport personnel is part of a long-running dispute over pay and working conditions. Some long-haul passengers flying from Paris airports have already reported long queues, and unions have warned of severe staffing shortages over the summer.” 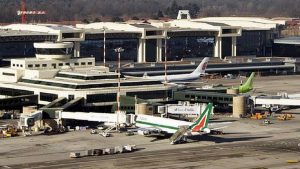 “A strike called by Italian air traffic controllers has led to more chaos in the UK.

“Thousands of passengers were left stranded at British hubs after Ryanair, Easyjet, British Airways (BA) and Jet2 cancelled dozens of flights from the UK to Italy… Italy was not the only destination that saw hundreds of UK flights cancelled…” 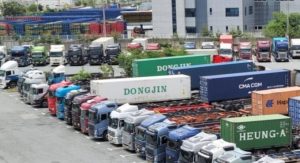 “Thousands of South Korean truckers were on strike for a third day on Thursday to protest the sharp surge in fuel costs, disrupting production, hitting ports activity and posing new risks to a strained global supply chain.” 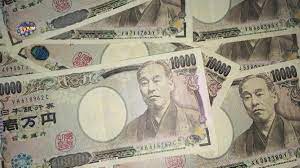 “The yen teetered on the edge of a historic support barrier on Thursday after trading in New York sent the Japanese currency to a 20-year low against the dollar and revived speculation that its fall could deepen. 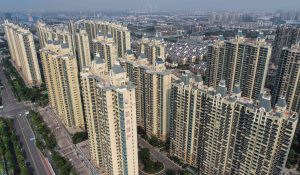 “China is expanding its safety net for the financial sector with a new rescue fund that could run into the tens of billions of dollars, as a cooling domestic economy and tightening monetary policy abroad pose growing risks.” 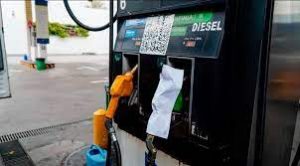 “The shortage of diesel fuel, which at first affected only 8 provinces, has spread to the extent that Patagonia is the only region not yet going through a crisis, it was reported. After the Province of Buenos Aires joined the list of territories with a short supply, the number of provinces affected has reached 19, according to the latest reports.” 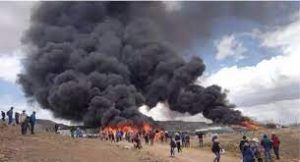 “Fires break out at two mines in southern Peru amid protests by local residents.

“Amid ongoing social protests, two fires broke out last week at different copper mines in the Apurímac region of southern Peru. Local organizers are calling on the mining companies to uphold social commitments to neighboring communities…” 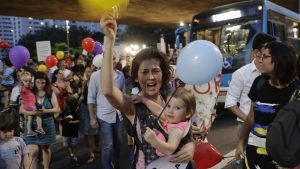 “The number of people living in hunger in Brazil has surged 73 percent in the past two years, a “historic setback” for a country that had made huge gains against poverty, a report said Wednesday. Around 33.1 million people in Latin America’s largest economy are living in hunger, up from 19.1 million in 2020…” 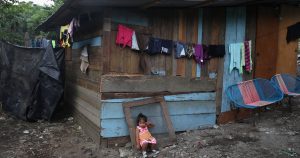 “In the south of Honduras, damage to crops from unpredictable weather, the Covid pandemic, and now the war in Ukraine have created a worsening poverty crisis that provides a perfect setting for the disease to thrive.” 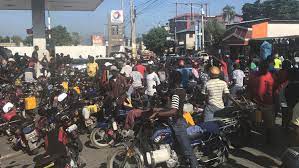 “As summer approaches, the worldwide hike in gas is already affecting travel to the country. In November 2021, American Airlines said it reduced flights to Haiti due to a gas shortage. Providing enough gas for travel inside Haiti will likely be even more challenging, industry experts say.” 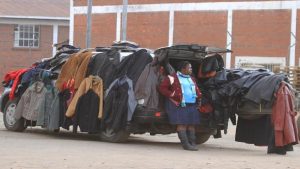 “Zimbabweans have seen the price of bread increase by 70% this week, which alongside more fuel price hikes is accelerating a descent into hyperinflation and an economic crisis…

“Zimbabwe now has the most expensive fuel in the southern African region, alongside Malawi, says Chiedza Madzima, head of operational risk at Fitch Solutions.” 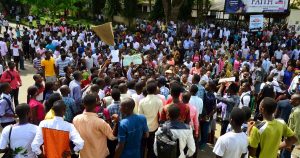 “‘We are stuck’: months of university strikes leave young Nigerians’ lives on hold…

“Nigeria’s Academic Staff Union of Universities (ASUU), the umbrella body for university lecturers, went on strike on 14 February … and staff have not returned since… The strike has also crippled small businesses that depend on students.” 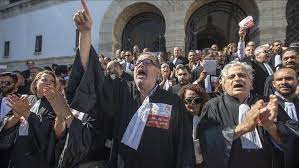 “Tunisian judges continued their nationwide strike for the third day on Wednesday in protest at President Kais Saied’s dismissal of 57 judges last week and smear campaigns against some of the women among them.

“Four judges’ unions declared a general strike, effective for one week from 6 June, accusing Saied of laying off their colleagues “without the slightest recourse to disciplinary procedures,” in contravention of the constitution.” 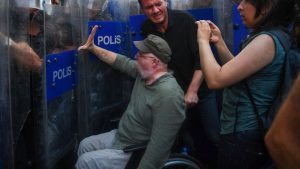 “Turkey has scrambled for months to shore up its economy by pumping billions of dollars into propping up its currency. Those measures are losing steam, tightening the economic squeeze on the country’s leader President Recep Tayyip Erdogan.” 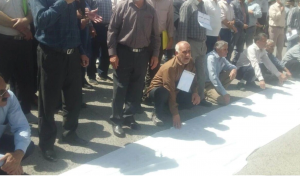 “Pensioners took to the streets in many provincial capitals across Iran for a second day this week to protest what they perceive as the government’s failure to even out their pay with rapidly rising prices.” 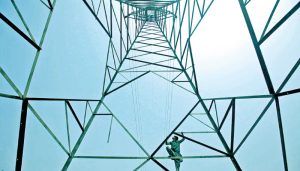 “Pakistan will reduce its official work week to five days from six in a bid to reduce energy and fuel consumption as part of an energy conservation plan approved by the country’s cabinet on Tuesday, the information minister said.” 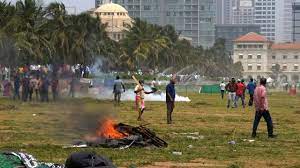 “A power sector union in Sri Lanka said on Wednesday it will go on an indefinite strike from midnight in protest against new government legislation, potentially leading to power blackouts in a country already grappling with its worst economic crisis in decades.” 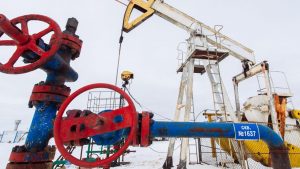 “Russia has already shed some 1 million bpd in crude oil production since the start of what it calls a special military operation in Ukraine… Some wells that have been shut down since the invasion of Ukraine at the end of February may never return to produce oil again, permanently eroding some of Russia’s spare production capacity, analysts say.” 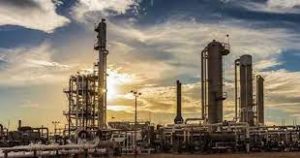 “Oil prices are “nowhere near” their peak as an impending rebound in Chinese demand threatens to strain a global market already pinched by tight supplies, said key OPEC member the United Arab Emirates.

“The comments serve as an acknowledgment that last week’s decision by the OPEC+ coalition to bolster output will give consumers little respite from the soaring cost of energy this summer.” 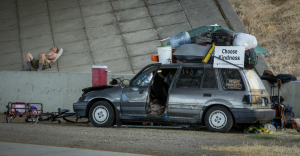 “Oil prices could hit $150 a barrel or more with demand destruction likely by the end of the year, says global commodities trader Trafigura…

“”If we see very high energy prices for a period of time we will eventually see demand destruction,” he said at the FT Global Boardroom conference. “It will be problematic to sustain these levels and continue global growth.”” [Nice understatement there.]