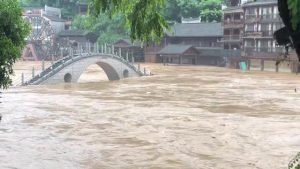 “Record-breaking rains that have battered parts of China and east Asia in the last week are expected to worsen, with authorities warning of an increased risk of floods.

“In the first week of China’s flood season, extreme rainfalls have caused floods and landslides, destroyed roads and infrastructure, and led to the deaths of at least 15 people.” 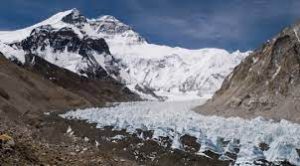 “Melting glaciers of Tibet worrying, troublesome for all regions.

“Over 1.5 billion people across the continent of Asia rely on Tibet for their source of water since the largest rivers in Asia such as the Brahmaputra, the Ganges, the Mekong and the Yangtze all flow from Tibet. The growth and severity of the climate crisis in Tibet have however made the region susceptible to great loss, reported Tibet Press.” 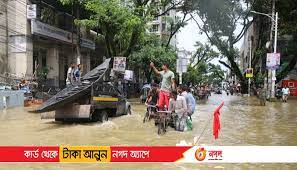 “Yet another wave of flash flood hits parts of the north-eastern districts of Sylhet in the afternoon on Monday as the Surma River overflowed its danger level amid the continued heavy rain upstream. Flood Forecasting and Warning Centre warned that the Teesta might swell beyond its danger mark…” 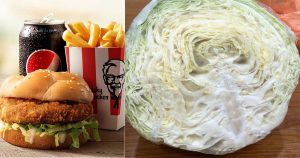 “The fast food retailer has told customers to expect changes to its menu due to recent extreme weather having an impact on supply chains. Australia’s east coast was hit by weeks of flooding earlier this year, causing widespread devastation…” 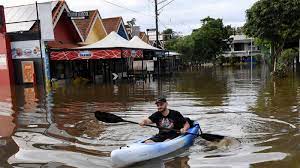 “East-coast Australians know what unrelenting La Niña feels like. Climate change has loaded our atmosphere with moister air, while two summers of La Niña warmed the ocean north of Australia. Both contributed to some of the wettest conditions ever experienced…” 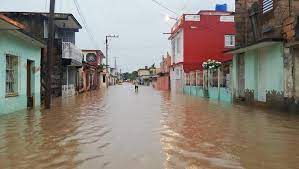 “Floods Force Evacuation of Thousands of Cubans in Matanzas…

“On Tuesday, the Cuban Institute of Meteorology predicted that a large part of the Cuban archipelago will remain cloudy with showers, rains and thunderstorms from Pinar del Rio to Villa Clara and Cienfuegos.” 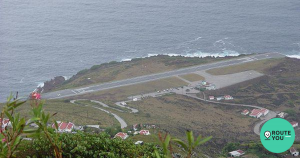 “On 5th June the tiny Caribbean island of Saba (parts of Netherlands) rose to 33.0C [91.4F] in its Juancho Yrausquin International Airport.

“This is the highest temperature ever recorded in June in the territory (period of records: 1971-).” 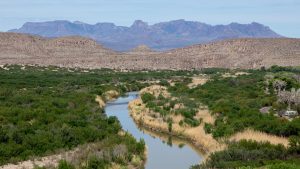 “7th June is another very hot day in Southern USA. In Texas incredible record of 117F/47.2C at Rio Grande Village. If the value is confirmed it would set a record for the location.

“From tomorrow the Death Valley will “answer” with possibly even higher temperatures up to 120F [which would be a new record for the time of year].” 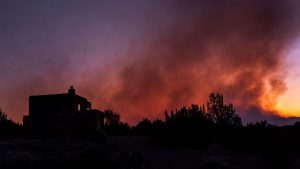 “The destruction caused by the largest wildfire burning in the U.S. has been devastating for thousands of residents and their lives have been forever disrupted and altered, New Mexico’s governor said Tuesday after touring the damage in one county.” 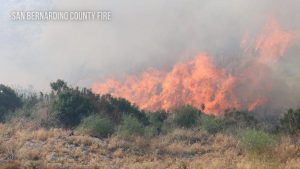 “The extreme heat in the Apple and Lucerne valleys in Southern California will significantly increase the potential for heat-related illnesses, particularly for those who work or participate in activities outside, acccording to the National Weather Service.”

“George Clooney’s Lake Como town has been struck by heavy flooding for the second time in a year, causing huge landslides in the picturesque Italian region.

“Nearly four inches of rain fell in a few hours in Laglio last night, with water and mud blocking homes and sweeping away cars.” 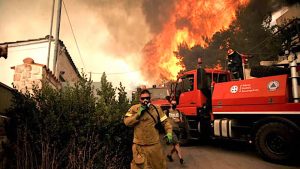 “A total of 157 forest fires were recorded in Greece over the last three days with 54 of them breaking out in the last 24 hours, said Giannis Artopios, the Fire Brigade’s spokesperson, at a press briefing on Monday. 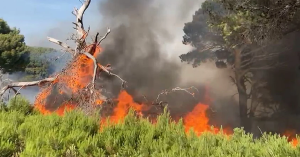 “This is the first major wildfire in Albania of 2022, and follows the summer of 2021, during which wildfires raged for weeks across parts of Albania, as well as its near neighbours Croatia, North Macedonia and Turkey, while Siberia experienced some of the biggest wildfires in recorded history.” 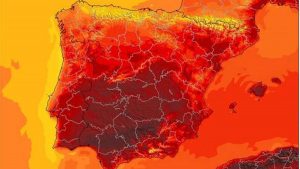 “Anticyclone Scipio turns up heat in Mediterranean and north Africa…

“While anticyclonic heat is not unusual in the Mediterranean, the unrelenting nature of this event has brought an early and dramatic start to the summer, with healthcare centres in the Canary Islands and Balearics on high alert.” 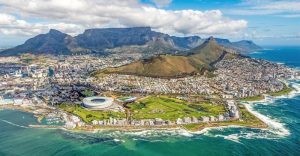 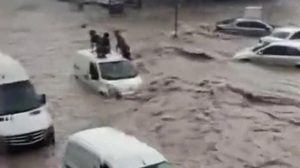 “Heavy rain caused floods in the city of Ankara, Turkey on June 7th 2022.

“Streets turned into rivers, with cars washed away by the force of the water. Residents were stranded as flood waters rose, requiring rescue by emergency services. Homes were flooded, with possessions destroyed and walls damaged.” 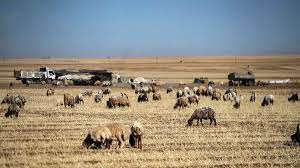 “In Umm Hajrah, a village northeast of Hasakeh city, Fatimi meandered through a wheat field dotted with sheep munching on the crops. “It’s just straw. There’s no seeds,” he said after pulling up a stunted stalk.” 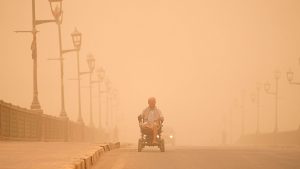 “Local press reports said that the head of Iran’s Department of the Environment, Ali Salajegheh, told conference delegates that Saudi Arabia was the “main origin of sand and dust particles”, while also highlighting Turkey’s construction of dams, said to have dried out rivers and lakes in Iraq and Iran…” 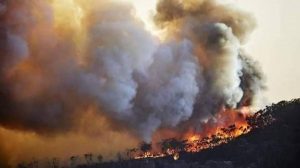 “Out of control: Forest fires are increasing in Pakistan…

“Local people have not only lost their livelihoods as a result of these fires but the ecosystem of the area has also been badly affected. The federal and provincial governments should prepare a proper plan to launch a massive plantation drive to revive the forest.” 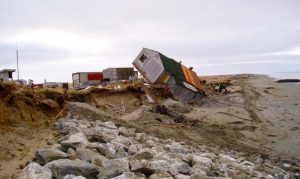 “More areas of year-round unfrozen ground have begun dotting Interior and Northwest Alaska and will continue to increase in extent due to climate change, according to new research by University of Alaska Fairbanks Geophysical Institute scientists.” 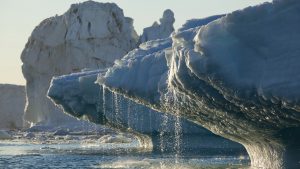 “The extraordinarily fast early June melt of the Arctic continues. 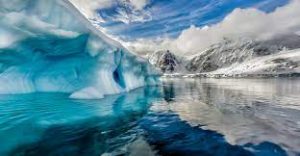 “Ice world: Antarctica’s riskiest glacier is under assault from below and losing its grip…

“… as the surrounding air and ocean warm, areas of the Antarctic ice sheet that had been stable for thousands of years are breaking, thinning, melting, or in some cases collapsing in a heap. As these edges of the ice react, they send a powerful reminder: If even a small part of the ice sheet were to completely crumble into the sea, the impact for the world’s coasts would be severe.” 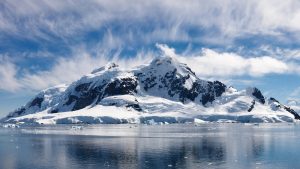 “The tiny plastics – smaller than a grain of rice – have previously been found in Antarctic sea ice and surface water but this is the first time it has been reported in fresh snowfall, the researchers say.”

“Whales appear to react to human-made noise in the ocean, such as naval sonar, in a similar way to which they respond to the sounds of their predators like killer whales, according to recent research… marine mammals in the Arctic may be especially at risk as climate change alters their environment in ways that may make them more vulnerable.” 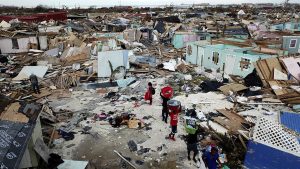 “The report, released Tuesday by Oxfam, found not only is the need for extreme weather-related UN humanitarian funding now sharply higher than 20 years ago, but donor nations are also failing to keep up with the staggering costs of the climate crisis.” 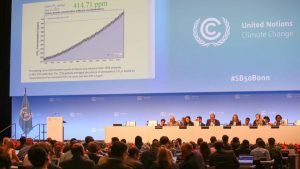 “Delegates have walked out of a session at a climate summit in Bonn on Monday as a Russian official made a speech, in a sign of the geopolitical tensions overshadowing the negotiations.”