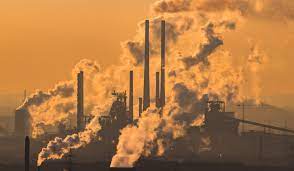 “Greenhouse gases trapped 49 percent more heat in 2021 than in 1990, as emissions continued to rise rapidly, according to NOAA…

““Our data show that global emissions continue to move in the wrong direction at a rapid pace,” said NOAA Administrator Rick Spinrad.” 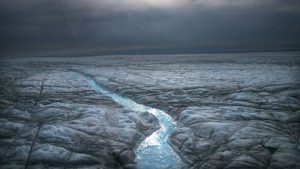 “In a study released Thursday, Jason Box and his colleagues illuminate how an atmospheric river caused the August 2021 melt event and brought rain to the summit. The explanation foretells a future that could be increasingly common as global temperatures rise…” 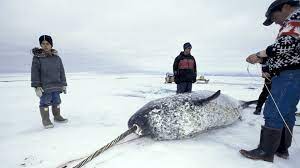 “The last hunt? Future in peril for [Narwhals] ‘the unicorn of the sea’…

“…the appetite for the marine mammals is causing conflict between scientists, who say hunting must be banned to protect populations of the cetacean in east Greenland from collapsing, and hunters, who accuse scientists of disregarding their culture and deep understanding of the sea.” 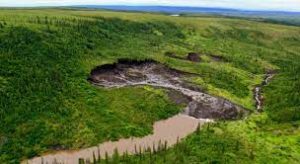 “”We’re starting to see evidence of that natural mercury entering rivers, lakes and ultimately the Arctic Ocean,” said Peter Outridge, a scientist with the Geological Survey of Canada. A recently published paper in the journal Nature Reviews says 200 tonnes of mercury end up in the Arctic Ocean each year.” 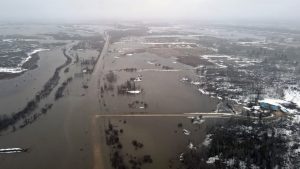 “The devastation from the wettest Manitoba spring in over a century is still being catalogued, but officials say there are thousands of sites that need repairs, with a repair tab that is already into the tens of millions of dollars.” 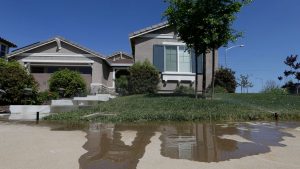 “The conservation rules, among the strictest ever imposed in the state, were set by the Metropolitan Water District of Southern California, one of the largest water distributors in the country.” 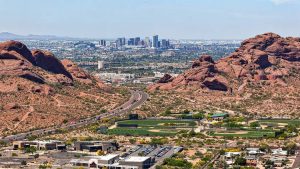 “There is less and less water in the Colorado River, and the federal government is working with the seven states who use the water to manage the changing conditions. The record-low levels of Lake Powell and Lake Mead are also troubling and experts’ predictions say it’ll only get worse.” 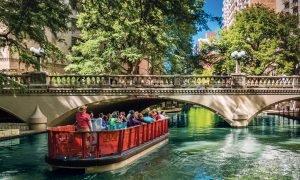 “…for San Antonians summer-like weather became the new normal in May. San Antonians experienced 27 days of above-average temperatures in May, making it the hottest May on record for the Alamo City. Eight days saw record-breaking heat.” 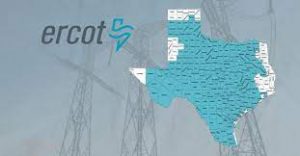 “Texas power use hits monthly record again with many more to come.

“Power demand in Texas reached the highest level ever recorded in the month of May on Tuesday and will likely break the record for June on Wednesday as economic growth boosts overall usage and hot weather causes homes and businesses to crank up their air conditioners.” 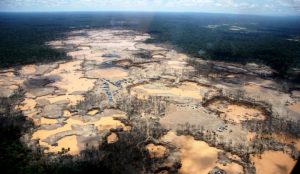 “As a resource-rich forest, the Peruvian Amazon is being plundered at an accelerated rate. In 2020, Peru reached the highest levels of deforestation in the country’s history, with a total of 203,272 hectares razed, almost 40 percent more than in 2019.” 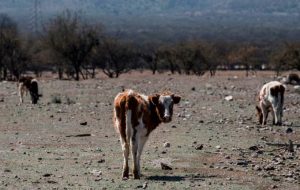 “In hundreds of rural communities in the centre and north of the country, Chileans are forced to rely on emergency tankers to deliver drinking water… “Water has become a national security issue – it’s that serious,” said Pablo García-Chevesich, a Chilean hydrologist working at the University of Arizona.” 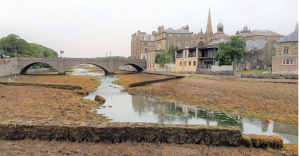 “An emergency scheme to combat drought has been introduced in Scotland while much of the country has been given an early warning of water scarcity.

“Emergency bottled water will be provided to households in the event of water shortages, the Scottish Government has confirmed…”

“The latest official data shows that 35,693 Atlantic salmon were caught by anglers on Scottish rivers last year, the lowest number since records began in 1952 and just 75% of the average over the last five years.” 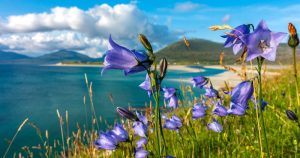 “Last month was the third warmest May in Ireland in over a century for Ireland, according to provisional statistics from Met Eireann… 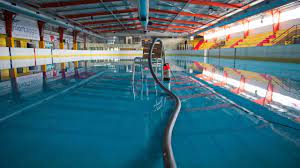 “Nearly the entire country is expected to be affected by drought this summer, and the southeastern and western regions will be especially impacted, Connexion France reported last month. No area in France is without drought risk this summer…” 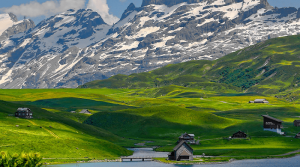 “Vegetated areas above the treeline in the Alps have increased by 77% since 1984, the study says. While retreating glaciers have symbolised the speed of global heating in the Alpine region, researchers described the increases in plant biomass as an “absolutely massive” change.”

“Rare ‘orchid of the falls’ species declared extinct in the wild… Saxicolella deniseae was believed to be endemic to a single location along the Konkouré River in the Republic of Guinea, West Africa, now home to several newly constructed hydroelectric dams supplying energy to the region.” 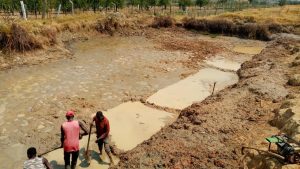 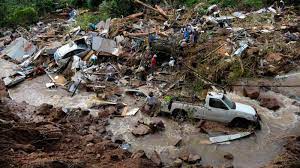 “This means the disaster was more severe on the insurer’s pocket than the 2019 Durban Easter floods that left 89 people dead; the 2017 Knysna fires; the flash floods in Durban and Gauteng, also in 2017; or the flooding on the Garden Route in November 2021.”

“The next few days the temperatures will rise in the Middle East and approach and possibly touch the 50C [122F] for the first time in 2022 (so far reached only in Australia and in Pakistan). While Turkey tomorrow might record the earliest 45C in its history (44.8C today). Stay tuned.” 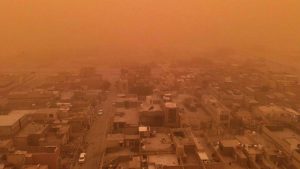 “The Middle East has had a dust storms nearly every week since March.

“The most recent blanketed Syria on Thursday, shrouding Idlib Province in an orange cloud… High-level officials in Iraq, Iran and Syria met on Thursday to speak about fighting the continuous dust storms.” 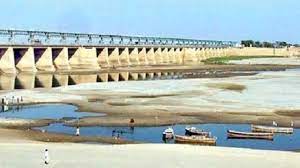 “Amid the rising water crisis in the provinces, the blame game between Punjab and Sindh continues as Sindh officials accuse their counterparts in Punjab of not agreeing to an independent evaluation by the Wapda’s International Sedimentation Research Institute.” 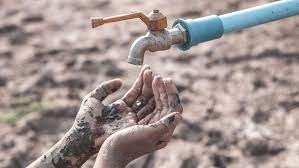 “A White House report on Thursday warned that inter-state water disputes in South Asia were increasing, and while the Indo-Pak Indus Waters Treaty “has withstood six decades and four Indo-Pakistan wars”, it is now “facing pressure due to regional population growth and disagreement over hydropower use”.” 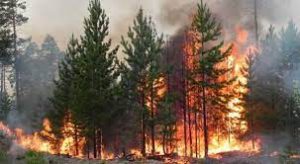 “Forest fire area grows 23 times in N Kazakhstan… 22 wildfires stretching over 725 ha were recorded in North Kazakhstan since the beginning of the fire season.

“The number of wildfires grew by 57% while the wildfire area increased by 23 times as compared to the last year, Kazinform reports… Besides, 45 steppe fires occurred in the region which is 35% more against the same period of the previous year.” 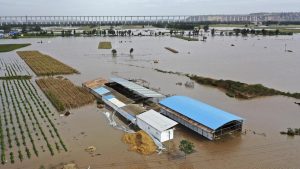 “Flooding continues to wreak havoc on the lives of residents in central and southern China as torrential rains that started in late May 2022, submerged homes and washed away crops. Rescue teams have been deployed to various regions to help evacuate villagers to safety.” 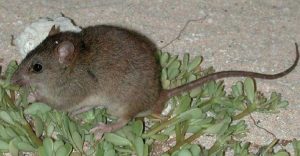 “Extinction obituary: how the Bramble Cay melomys became the first mammal lost to the climate crisis…

“Bramble Cay [Papua New Guinea] is only a little larger than an average US shopping mall. The highest point is about 10 feet above sea level. But it was a lifeboat for the melomyses, who were some of the most isolated mammals in the world.” 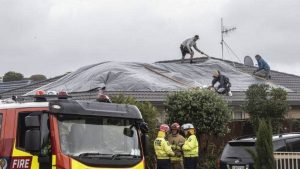 “‘Like a bomb going off’: Tornadoes wreak havoc on Kāpiti Coast [New Zealand]…

“There was chaos on the Kāpiti Coast on Wednesday after two tornadoes ripped through… It comes just a few weeks after 20 properties were written off and many others damaged when a much larger tornado ripped through nearby Levin.” 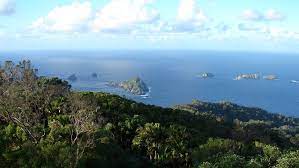 “Tropical night in winter: Record warmth in New Zealand in this start of December, the subtropical island of Raoul (Kermadec group, 29S) had a summer like minimum temperature of 20.7C [69.3F] on 2 June.