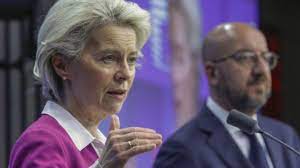 “European Union leaders have agreed on a plan to block more than two-thirds of Russian oil imports.

“The ban will only affect oil that arrives by sea but not pipeline oil, following opposition from Hungary. European Council chief Charles Michel said the deal cut off a huge source of financing for the Russian war machine.” 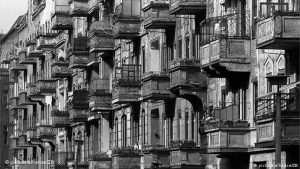 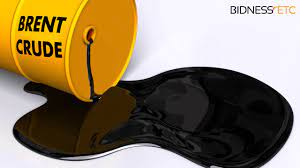 “Oil prices extended gains on Tuesday after the EU agreed to slash oil imports from Russia, fuelling worries of a tighter market already strained for supply amid rising demand ahead of peak U.S. and European summer driving season.” 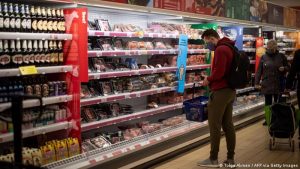 “Germany, the heart of the European economy, just registered consumer price inflation at 7.9%, the highest level since 1952, the year Britain’s Queen took the throne…

“The worst part of the inflation news is that things likely won’t right themselves anytime soon… Germany isn’t the only major European economy suffering from surging inflation. Spain’s inflation rate stands at 8.5%, according to the Capital report.” 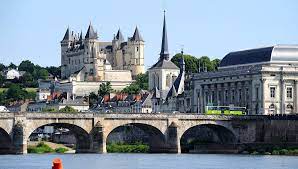 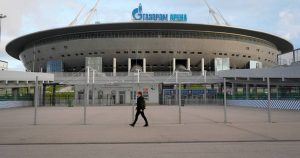 “The Russian state gas company Gazprom will stop supplying gas to Dutch organization GasTerra with immediate effect, the Dutch firm said on Tuesday… The result is that Gazprom will not make good on its agreement to deliver two billion cubic meters of gas between now and October 1.” 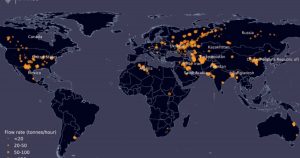 “A giant gas field in North Africa that Europe is banking on to make up for its shortfall in Russian imports risks complicating the bloc’s climate goals. The Algerian facility has been leaking methane, a powerful greenhouse gas, for nearly four decades…” 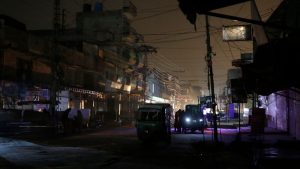 “Europe’s scramble to find alternatives to Russia’s natural gas is pushing the world to the brink of a winter energy shortage, with the worst effects likely to be felt in poorer economies in Asia…

“”By shunning Russian gas, Europe has destabilized the entire global LNG market that began the year with a precarious balance after a tumultuous 2021,” the report said.” 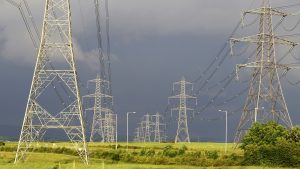 “UK Ministers have been warned of potential power cuts to as many as six million households this winter, according to reports.

“Government modelling of a “reasonable” worst-case scenario predicts major gas shortages in winter if Russia cuts off more supplies to the EU, The Times says.” 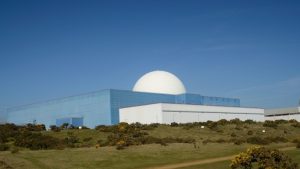 “The number of formal reports documenting security issues at the UK’s civil nuclear facilities has hit its highest level in at least 12 years amid a decline in inspections, the Guardian can reveal.

“Experts said the news raised concerns about the regulator’s capacity to cope with planned expansion in the sector.” 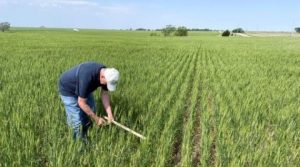 “The United States is the world’s fourth-largest wheat exporter and problems are hitting output at a time when the world can ill afford to lose any more supplies of the staple grain amid a global food crisis.” 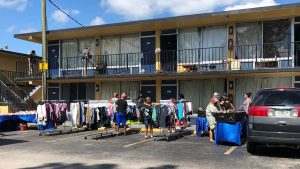 “Homeless at the gates of Disney: Thousands are living in motels, encampments and even their cars – in the shadow of the ‘Most Magical Place on Earth’ amid soaring rent prices and post-pandemic unemployment…

“”During the pandemic, when there was the rent freeze, people just stopped paying their rents and it ruined their credit.”” 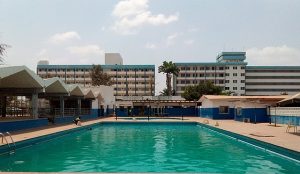 “Great worker shortage threatens summer as [US] restaurants and pools close because they can’t hire enough staff – and soaring wages is making inflation even worse.

“Data shows Americans are quitting and jobs are going unfilled at higher rates than before the pandemic, particularly in low-wage and seasonal industries.” 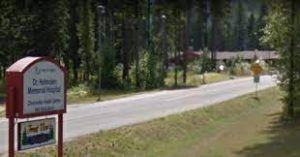 “Interior Health announced the closure of the emergency department at Dr. Helmcken Memorial Hospital in Clearwater from 9 a.m. to 9 p.m. Sunday. Anyone requiring emergency care was directed to Royal Inland Hospital in Kamloops, about 125 kilometres away…” 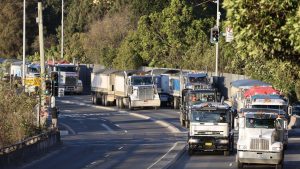 “[Australian] Truckies are warning of an ‘imminent collapse’ to the nation’s supply chain, claiming the fuel excise cut, that was supposed to ease the cost of living for Aussies, will force them off the road.

“Former prime minister Scott Morrison made the decision to halve Australia’s fuel excise tax back in March after Russia’s invasion of Ukraine forced petrol prices through the roof.” 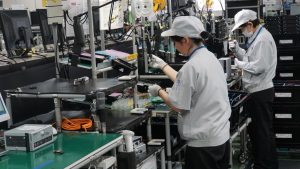 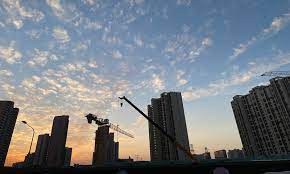 “Risks are now spreading to even higher-rated borrowers [suggesting] that suggested most private Chinese developers face the risk of a missed payment if they can’t access fresh financing, according to some analysts. Refinancing in global debt markets is out of the question for many firms after average yields on their junk dollar notes jumped above 20%.” 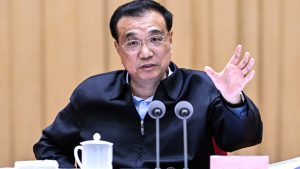 “China faces a nearly $1 trillion funding gap. It will need more debt to fill it…

““The latest wave of Omicron and the widespread lockdowns in place since mid-March have resulted in a sharp contraction in government revenue, including land sales revenue,” Ting Lu, chief China economist at Nomura, and a team said in a report last week.” 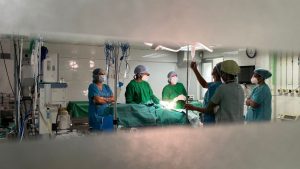 “‘People are going to die’: crisis-hit Sri Lanka runs out of medicine…

“Sri Lanka imports more than 80% of its medical supplies. Now almost 200 medical items are in shortage, including 76 essential, life-saving drugs, from blood-thinners for heart attack and stroke patients to antibiotics, rabies vaccines and cancer chemotherapy drugs.” 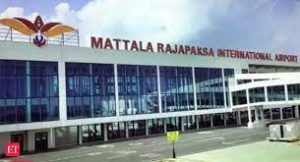 “Sri Lanka is recommending airlines carry enough jet fuel to last return trips or fill up elsewhere, as the island grapples with a shortage of everything from oil to food due to a foreign-exchange crisis.” 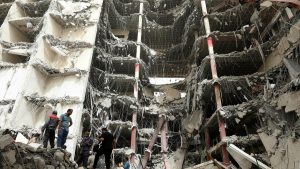 “Iranian anger at corruption boils over after fatal building collapse…

“The province of Khuzestan, sitting on Iran’s biggest oil and gas reserves, was the centre of anti-regime protests in 2019. Demonstrations against the rising cost of fuel ended in violence, with more than 300 people dead…” 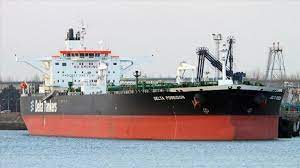 “Greece accused Iran of “piracy” after Tehran’s Revolutionary Guards said they seized two Greek-flagged oil tankers in the Gulf Friday. “These actions are tantamount to acts of piracy,” the foreign ministry said in a statement, warning Greek citizens to avoid travelling to Iran.”

“The Global Supply Chain Pressure index produced by the Federal Reserve Bank of New York measures global transportation costs and other supply chain pressures. It has moved to the highest levels that we have seen. This is just one component of what is broadly being labelled “supply constraints”.” 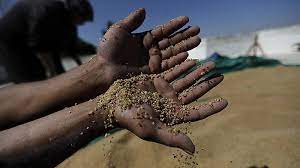 “…food protectionism measures are escalating as Ghana and Uganda have banned grain food exports. This closely follows Malaysia banning chicken exports… Most countries that rely heavily on Ukraine and Russia’s wheat imports are found in Africa. Eritrea, Somalia and the Democratic Republic of Congo source between 80% to 100% of their wheat from Africa.” 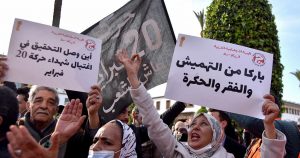 “Egypt, Jordan, Lebanon, Morocco, and Tunisia will be among the hardest hit by economic spillovers from the Russia-Ukraine conflict because their economies depend significantly on imports of food or energy (or both), and they source a large part of their cereal supply from Russia and Ukraine.” 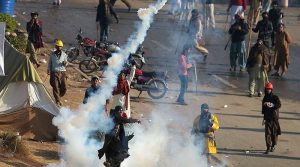 “More than one-fifth of major global cities face high risks from terrorism, conflict, crime or civil unrest in the second quarter of 2022, according to a new report from risk analytics company Verisk Maplecroft.

“That includes 23 cities that faced no such risks in the first quarter of the year. Eight of those newly at-risk cities are in Africa, amounting to 14% of the continent’s largest cities, while five are in Europe and Central Asia (7%).”