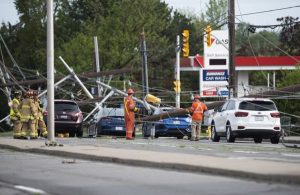 “The death toll from powerful thunderstorms in Canada’s two most populous provinces has risen to at least eight, authorities said on Sunday, as emergency crews continued a massive clean-up to restore power to half a million people.

“The storms, which lasted more than two hours Saturday afternoon and packed the power of a tornado, left a trail of destruction in parts of Ontario and Quebec.” 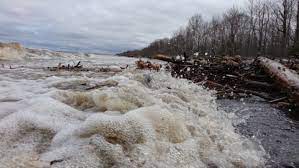 “Conditions on Lac-Saint-Jean [Quebec] are slowly starting to return to normal after a weekend of flooding caused by record rainfall and the spring thaw.

“Municipalities surrounding the lake reported light flooding on Sunday, with the lake still topping the official flood mark in the area.” 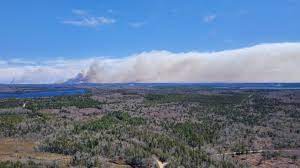 “”This was a very intense fire and fast-moving,” said Paul Schnurr, the incident commander for the Department of Natural Resources. The Trafalgar fire of 1976 burned 13,000 hectares and is the largest fire on record in Nova Scotia.” 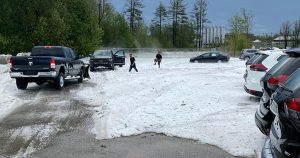 “What a day of severe weather in Maine. Sunday afternoon started off relatively quiet, with a few severe thunderstorm warnings. Then the hailstorm picked up over Jay and Livermore Falls.” 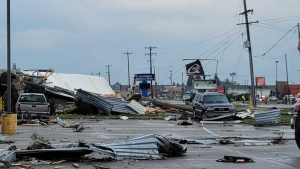 “The tornado struck Gaylord, a town of about 4,200 people, roughly 230 miles northwest of Detroit in Michigan on Friday. In a region where tornadoes are rare, the National Weather Service said there had been winds of up to 140mph.” 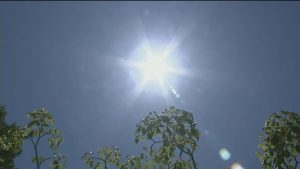 “Large portions of the US, stretching from Texas to the Northeast, set new daily temperature records over the weekend.

Well above normal temps continued on Sunday, largely in the Northeast in Connecticut and Massachusetts… Almost 20 million people were under a heat advisory on Sunday afternoon… Scientists have found that climate change both intensifies and drives up the likelihood of heatwaves.” 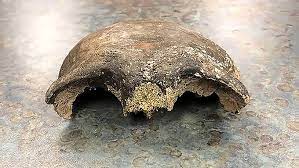 “A pair of kayakers stumbled across the skull of a young man in a drought-stricken portion of the Minnesota River last summer – and officials now say the skull is 8,000 years old…

“According to the sheriff, the two kayakers made the discovery in a portion of the river that had been dried up by a severe droughts seen in the state that year – which left usually submerged areas atypically exposed.” 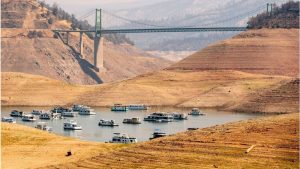 “The “megadrought” gripping the southwestern US has driven water levels at the two largest reservoirs to record lows, forcing unprecedented government intervention to protect water and power supplies across seven states.

“Mexico is suffering from a serious drinking water crisis due to drought in much of the territory, which has an average of 210 dams with 48 percent of their capacity, authorities warned today… The drought and strong heat in some areas between 40 and 45 degrees Celsius are the cause of the 102 active forest fires…” 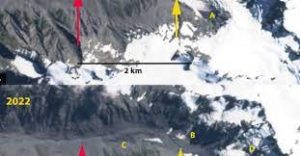 “The Kokanee “is in a death spiral,” Ben Pelto said, with an estimated 50 years left before it disappears. “That’s a best-case scenario,” he said. “It’s really the loss of an iconic glacier and the namesake of the Kokanee Glacier Park. It has so much significance to the people of B.C.”” 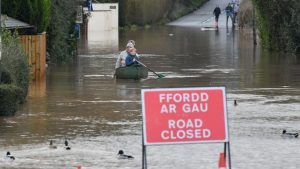 “Wales has ‘wettest May since records began’ [while France, Belgium, Netherlands etc have been extraordinarily dry] and more showers are forecast…

“A Met Office statement said: “Wales has seen its wettest May since records began in 1862, with 214.2mm [8.43 inches] of rainfall, well over twice the long-term average, topping the previous record of 184mm set in 1967.” And it doesn’t look as if the unsettled outlook is about to change anytime soon.” 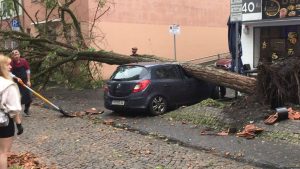 “Germany tornadoes leave one dead and at least 40 injured.

“At least one person is dead and 40 injured after strong winds generated three tornadoes that ripped through western Germany, damaging properties and sending debris flying miles through the air.” 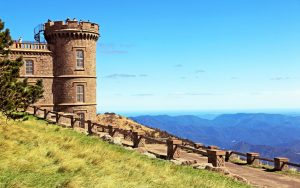 “In Italy the highest temperatures were in its coldest region Aosta Valley: 34C Aosta AP -545m – new May record.” 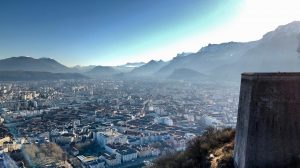 “22nd May was another record day in France with dozens more of monthly records smashed of both highest Tmin and highest Tmaxes. 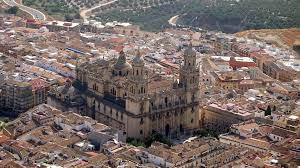 “Temperatures in parts of Spain reach highest on record for May.

“On Friday, the mercury at Seville airport reached 41C [105.8F], while another Andalucían city, Jaén, logged its first May temperature of more than 40C as the thermometers registered an unprecedented 40.3C – almost 2C above the previous record. The city of Segovia, north-west of Madrid, also experienced its first “tropical” May night…”

“Accra floods: How people were running for their lives [Ghana]… 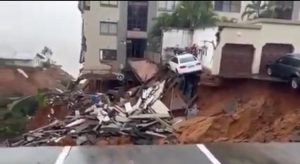 “Low lying areas in the south of the city – including Isipingo – were flooded overnight, while roads were washed away in parts of Pinetown, to the west of the city, which had also been hammered badly in last month’s downpours. La Mercy, north of Durban, has effectively been cut off…” 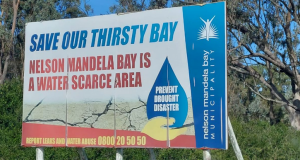 “In less than a month, Nelson Mandela Bay will become the first South African metro to run out of water. In an appeal and warning that is almost unimaginable, the metro’s water chief has called for prayers as the disaster moves closer…” 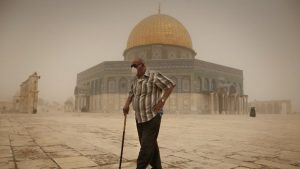 “As a result of the dust storm, sensitive populations such as heart patients, lung patients, children, elderly people and pregnant women, have been advised to stay inside and avoid doing any strenuous physical activity outdoors.” 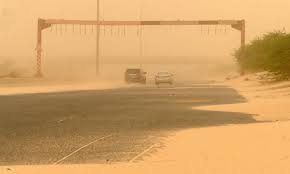 “Kuwait City: May has become one of the highest months of the year in recording sandstorms, with 30 days in 25 years, Kuwait Meteorological Department said…

“Dr. Hassan Al- Dashti, said… that June was at the forefront during the past half century, but there had been change in the pattern of climatic phenomena in recent years, which made May the lead in dusty conditions instead of June.” 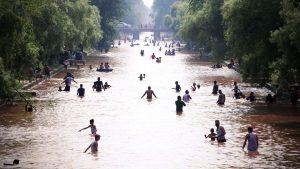 ““This is a freak weather phenomenon that has completely shaved off the spring season in Pakistan,” former climate change minister Malik Amin Aslam told Al Jazeera… Scientists have long warned the climate crisis will lead to more intense weather – including floods, droughts and heatwaves.” 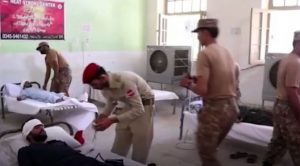 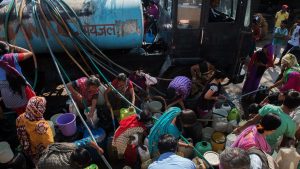 “Delhi Water Woes: Himachal, Uttar Pradesh ‘Back Out’ From Plans To Give Delhi Extra Water…

“As parts of Delhi face water shortage amid heatwave and little rain so far, it has now emerged that Uttar Pradesh and Himachal Pradesh have “backed out” from plans to give extra water to Delhi under plans that were pursued since 2019, according to officials.” 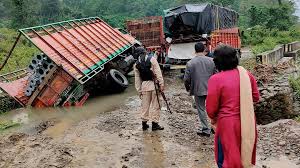 “At least 100 villages at Zakiganj were inundated after floodwater rushing from India’s north-east breached a major embankment on the Barak River, said Mosharraf Hossain, the chief government administrator of the Sylhet region. “Some two million people have been stranded by floods so far,” he said on Saturday.” 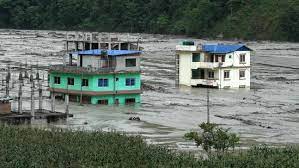 “Officials have predicted a lower than expected wheat harvest after the winter crop was drenched in unseasonal rains in October, which means Nepal’s battered economy could face further misfortune… Heavy rainfall is unusual in Nepal during October, which is traditionally outside the monsoon season.” 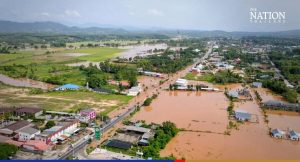 “While the flood situation in Thailand’s northern province of Chiang Mai eases today, in neighbouring Chiang Rai province it is worsening, with levels in several waterways steadily rising today (Sunday), due to heavy rainfall since last evening.

“In Mae Chan district of Chiang Rai, the Chan River has broken its banks and flooded markets and communities along the river.” 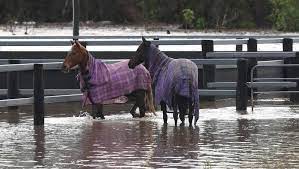 “Queensland’s south-east is back on flood watch with more than 100mm of rain dumped on several soaked catchments, and dams releasing water ahead of more wet weather… More than a dozen flood warnings have been issued across the region…”

“Why is climate ‘doomism’ going viral – and who’s fighting it?

“…Climate doomism is the idea that we are past the point of being able to do anything at all about global warming – and that mankind is highly likely to become extinct.”