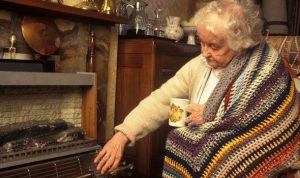 “The “first global energy shock” is currently underway as sharp rises in prices have resulted in a “consumer-driven crisis,” says Angela Wilkinson of the World Energy Council…

““If you look at the price of … refined products in many parts of the world, they’re now unaffordable for many of the bottom half of societies,” Wilkinson warned. “We’re going to have to see some form of massive reallocation of … money coming out of … this crisis. Consumers are really, really hurting.”” 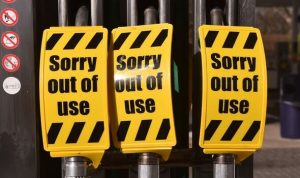 “In recent decades, distillate shortages have always been resolved by either a mid-cycle slowdown or an end-of-cycle recession and there is no reason to think this instance will be different. Rising interest rates around the world, tightening credit conditions and the impact of inflation on household and business budgets are all likely triggers for a slowdown.” 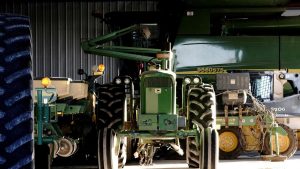 “Farmers from Iowa to Ukraine are grappling with surging diesel prices and an unsteady supply, forcing them to spend unprecedented sums on fuel in a chaotic market and raising concerns about the autumn harvest.” 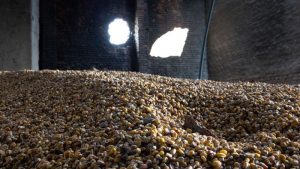 “World has just ten weeks’ worth of wheat left… 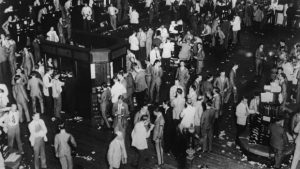 “The Dow Jones industrial average suffered its eighth straight week of declines, ensuring its longest losing streak since 1932, despite adding 8.77 points to 31,261.90 yesterday… The sell-off started weeks ago with a flight from technology stocks, but analysts said investors had been spooked this week by signs of collapsing consumer confidence.” 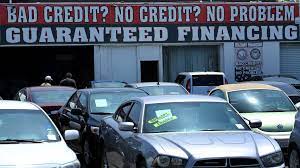 “Consumers with low credit scores are falling behind on payments for car loans, personal loans and credit cards, a sign that the healthiest consumer lending environment on record in the U.S. is coming to an end.” 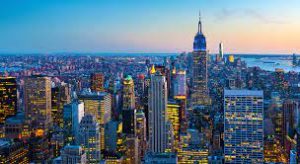 “A 900% Jump in Hedging Costs Looms Over Commercial Mortgages…

“Now that the Fed really is hiking, the cost of that protection has multiplied by 10 this year. For a $25 million mortgage, the cost was $535,000 in early May, compared with just $52,000 in January, for a two-year 2% rate cap, according to Chatham Financial Corp…” 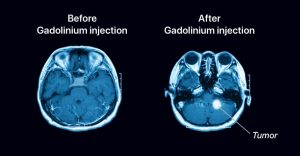 “Contrast Dye Is the Biggest Medical Supply Shortage Since Masks…

“American doctors haven’t sounded this worried about a hospital supply issue since the early pandemic. This time, instead of masks, it’s “contrast media” made by General Electric — medical dye critical in diagnosing strokes, heart attacks and dangerous lung clots.” 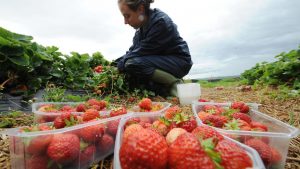 “Britain faces summer of shortages on supermarket shelves after just one in four seasonal crop pickers turn up to work in some areas.

“Worried industry figures are said to be particularly concerned about the coming fortnight, when Tenderstem broccoli and courgettes both come into season. Julian Marks, MD of food and farming company Barfoots, told industry magazine The Grocer that the situation was getting ‘pretty desperate’.” 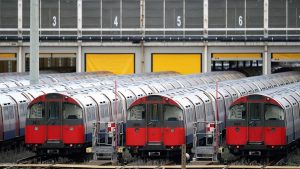 “The Rail, Maritime and Transport Workers (RMT) union is midway through a ballot for strike action of workers at train operators and Network Rail, with voting due to close on Tuesday.” 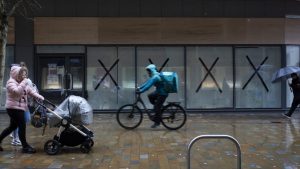 “The UK consumer confidence index fell 2 percentage points to minus 40 in May, its lowest since records began in 1974, said research company GfK in a report published on Friday… Linda Ellett, UK head of consumer markets at KPMG, said that “as prices and rates rise, the ability of consumers to spend is falling”.” 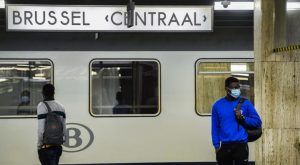 “Belgium’s national rail service, SNCB is cancelling trains due to a huge staff shortage, reports De Standaard. The cancellations have led to chaotic scenes in some stations… passengers are angry. “Travellers are getting desperate. This is no longer a quality service,” stressed Kees.” 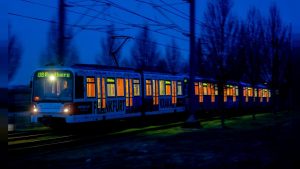 “A €9 a month ticket scheme is to be introduced from 1 June allowing travel on all modes of city and regional transport. A different ticket will apply for each region and it will be available for three months until the end of August.” 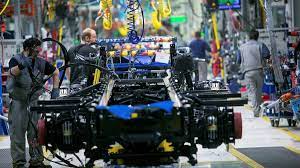 “Producer prices rose 33.5% on year, Destatis said. Energy prices rose 87.3% from a year earlier, it said. Strong gains in the price of natural gas, up 154.8% on year, were a major factor behind the increase, it said.” 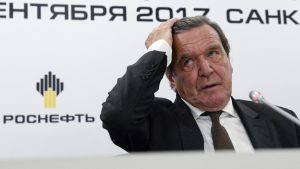 “German big business is drafting a plan to use an auction system to help ration available supplies in the event Russia cuts off its gas, although some fear it could punish smaller firms… Germany… is approaching a deadline this month to pay for the fuel under a rouble scheme demanded by Moscow.” 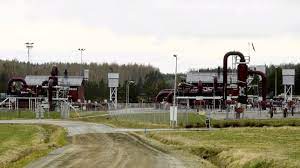 ““Gas imports through Imatra entry point have been stopped,” Gasgrid Finland said in a statement. Imatra is the entry point for Russian gas into Finland… Finland, along with neighbouring Sweden, this week broke its historical military non-alignment and applied for Nato membership…” 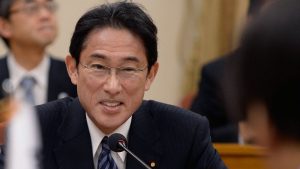 “Japanese Prime Minister Fumio Kishida said on Saturday (May 21) that he was disappointed in China’s efforts to develop areas in the East China Sea, saying that it was “unacceptable”.

“Speaking to reporters in the western city of Kyoto, he said that the government had lodged a complaint against China via diplomatic channels.” 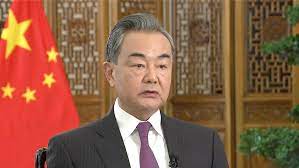 “Beijing has criticised Japan’s recent comments on Taiwan and warned it not to join forces with the United States to confront China.

“Foreign Minister Wang Yi made the comments in a call with his Japanese counterpart Yoshimasa Hayashi on Wednesday – two days before US President Joe Biden starts his visit to East Asia to push forward his Indo-Pacific strategy.” 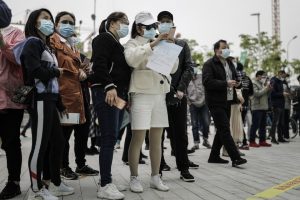 “‘Do whatever it takes’: Beijing urged to act as China’s economy falters.

“At a recent online gathering of top Chinese economists, a palpable sense of urgency filled the virtual meeting room. In recent weeks, a slew of reports by Chinese and foreign economists pointed to a deteriorating economy. Outside the country, talk of China being the engine of global economic growth no longer convinces.” 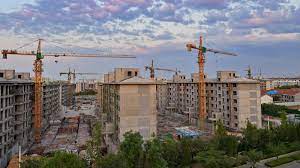 “The People’s Bank of China cut its five-year loan prime rate (LPR) by 15 basis points to 4.45%, the second reduction this year and the largest on record. Most analysts had expected a cut of five basis points.” 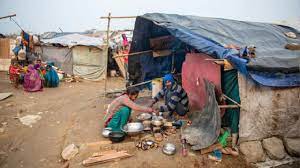 “India won’t collapse like Sri Lanka or Pakistan but we are certainly in trouble: Swaminathan Aiyar…

“We are in a situation where on the one hand there is a recessionary trend, recession is coming because demand is falling, at the same time prices are going up. Some people call this stagflation. In the case of India we have been hit both ways.” 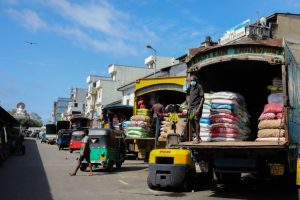 ““There is no point in talking about how hard life is,” said APD Sumanavathi, a 60-year-old woman selling fruit and vegetables in the Pettah market in Colombo, the commercial capital. “I can’t predict how things will be in two months, at this rate we might not even be here.”” 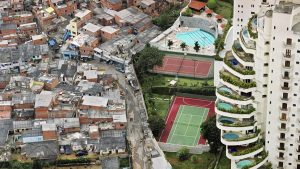 “A new study by the central bank to the world’s central banks, the Bank of International Settlements (BIS), has called for urgent action to tackle rising wealth inequality, warning the problem was feeding a dangerous loop of recessions and poverty.” 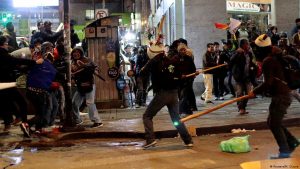 “Prior to the pandemic, unrest rose around the world… Unrest declined sharply at the start of the pandemic amid an increase in social distancing, both voluntary and mandatory. IMF research shows that this is consistent with experience during past pandemics… [Unrest is now] close to its highest levels since the onset of the pandemic.” 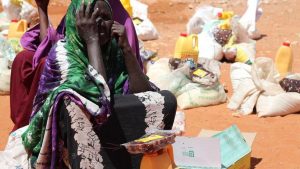 “A dearth of funding coupled with a surge in inflation is forcing hunger-relief programs across the globe to cut back on services just as the world’s poorest need it most, creating a situation that will erode human welfare and possibly plant the seeds of political instability.” 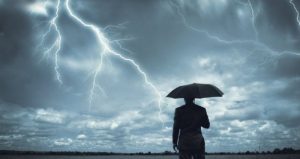 “Age of Scarcity Begins With $1.6 Trillion Hit to World Economy.

“The ties that bind the global economy together, and delivered goods in abundance across the world, are unravelling at a frightening pace… “Fragmentation is going to stay,” says Robert Koopman, the WTO’s chief economist.”