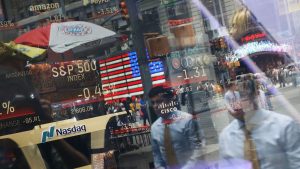 “Some investors characterised Friday’s gains as a bear market rally, referring to short periods of optimism within a longer trend of declines.” 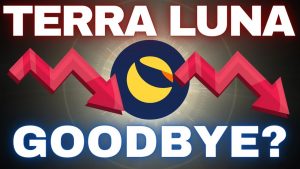 “The week that shook crypto.

“…this week, luna lost it all. Its value slid to zero… Its sudden death, at a time when crypto valuations were already sliding, has sparked serious questions over the functioning of the entire crypto market.” 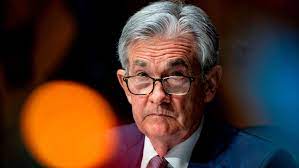 “Unfortunately, there are no good answers. Raising interest rates to attack high inflation will exacerbate the growth slowdown; easing monetary policy conditions to shore up growth also means letting inflation run too hot for too long.” 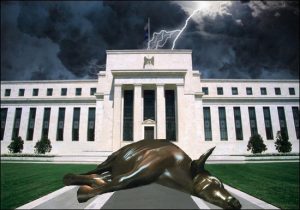 “The Federal Reserve’s bid to calm inflation by raising interest rates and withdrawing emergency stimulus programs is gearing up just as the global economy is displaying worrisome signs of weakness… The risk, some economists said, is that the Fed and other central banks that are implementing similar anti-inflation policies may adjust too slowly to a complex and fast-changing global landscape.” 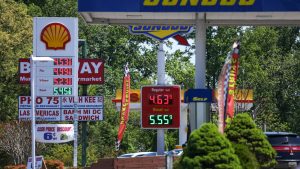 “A global shortfall of the fuel—the workhorse for much of the world economy—is straining industries from trucking to farming and adding to the pressure consumers face from higher energy prices. Europe, dependent on imports of Russian diesel that are expected to slump because of sanctions, is particularly vulnerable.” 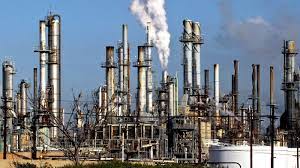 “The US Can’t Make Enough Fuel and There’s No Fix in Sight.

“From record gasoline prices to higher airfares to fears of diesel rationing ahead, America’s runaway energy market is disquieting both US travelers and the wider economy. But the chief driver isn’t high crude prices or even the rebound in demand: It’s simply too few refineries turning oil into usable fuels.” 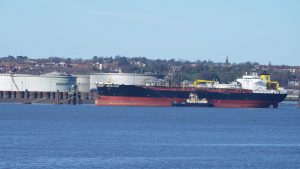 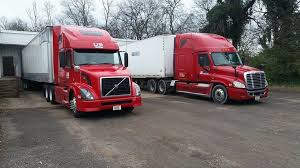 “A closely watched transportation report on Thursday said “the prospect of freight recession is now considerable” as the spending shift from goods to services accelerates, inflation erodes disposable income and interest rates climb. Freight transportation is viewed as a barometer for the U.S. economy…” 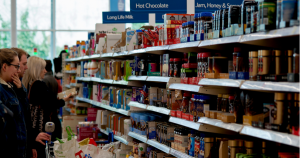 “‘Golden era’ of cheap food over as two in five Britons buy less to eat.

“Households have been warned that the UK’s “golden era” of cheap food is over, as official figures published on Friday pointed to the toll of the cost of living crisis, with two in five people buying less food to get by.” 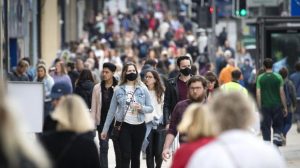 “UK economy ‘only going to get worse’ as growth slowdown begins.

” A growth slowdown is underway in the U.K. after the economy shrank by 0.1% in March, with economists expecting further contractions this year… Sterling hit a two-year low versus the U.S. dollar following the data as traders digested growing uncertainty about the U.K.’s economic outlook.” 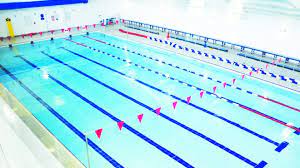 “The Chemical Business Association said: “The horrific situation in Ukraine has wrought further havoc on an already heavily disrupted chemical supply chain caused by factors such as Covid, Brexit or driver shortages.”” 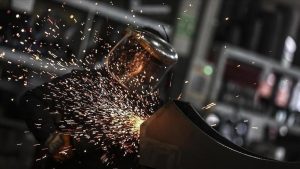 “Output from factories, mines and utilities across the region declined 1.8% in March compared with February, the European Union statistics agency Eurostat said Friday. Economists polled by The Wall Street Journal had forecast a 1.0% decrease.” 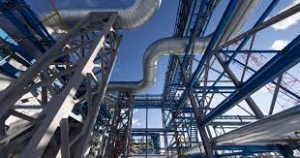 “Europe gas spikes 22% as Germany quarrels with Russia over supply…

“The benchmark contract surged more than 22%, with shipments from Russia via Ukraine set to fall by about 30% on Thursday following interruptions at a cross-border entry point as a result of the war. It adds to the market’s concerns as Moscow halted shipments to Gazprom Germania GmbH and its units in retaliation.” 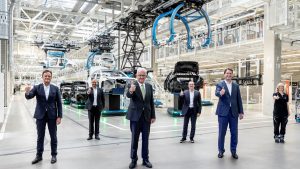 “Germany Girds for Day of Reckoning in Gas Showdown With Russia.

“Europe’s largest economy is bracing for the prospect that Russian natural gas gets cut off suddenly, a shock that would trigger a form of martial law for energy and affect 80 million residents and businesses from bakers to chemical producers. ” 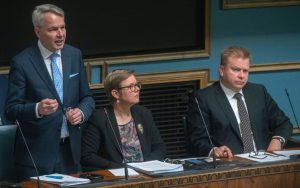 “Finland is ready to cope in the event that Russia cuts off its supply of natural gas, the government’s emergency preparedness committee said after a meeting on Friday.

“Key Finnish politicians had been warned of a possible halt to gas exports by Russia on Friday, Finnish newspaper Iltalehti reported on Thursday.” 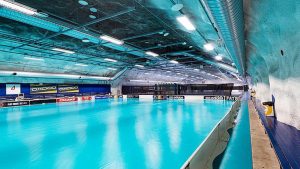 “The hidden city under Helsinki built for the nuclear apocalypse: Finnish city has 500 bunkers where the entire population of 600,000 people can shelter from the fallout of nuclear war for months… 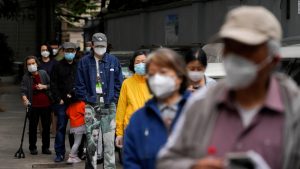 “Authorities in China have imposed a de facto international travel ban, forbidding citizens from going overseas for “non-essential” reasons, as the government ramps up efforts to enforce its zero-Covid policy.” 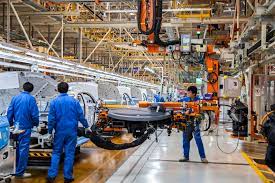 “China’s Economic Slowdown Is Rippling All Around the World…

“The effects of China’s slowdown are showing up everywhere from German factories to Australian tourist spots. Exports are weakening in Asia as China’s neighbors watch their largest market sag. Companies including Apple Inc. and General Electric Co. warned investors about production and delivery problems…” 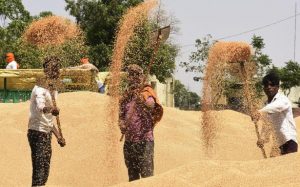 “The Indian government has blocked all exports of wheat with immediate effect… India, the world’s second-largest producer of wheat, was expected to bolster supply badly depleted by Russia’s war in Ukraine, which has caused exports from the Black Sea region to plummet and the UN to warn of a global hunger crisis.” 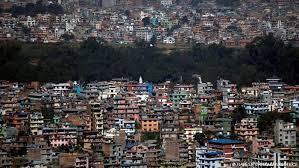 “Nepal’s industrial sector has been hit hard by power cuts in recent weeks, with many small, medium as well as large firms forced to shut down operations due to a lack of electricity. The Himalayan nation relies heavily on energy imported from India, especially during the summer months.” 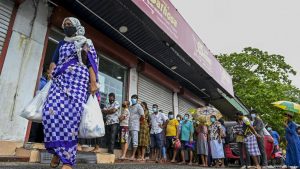 “Sri Lankans running out of food, fuel and medicine.

“”I have a 10-month-old baby. I couldn’t even buy medicines for her when she was sick last week,” said Gunarathna Vaani… “There are no medicine stocks available in the market. Even basic tablets like paracetamol or Benadryl are not there. I had to borrow medicines from my neighbors to treat my baby,” she told DW.” 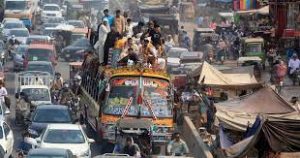 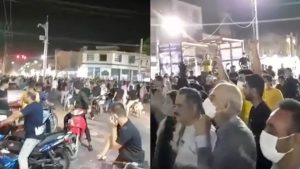 “Hundreds of protesters have taken to the streets in cities across southeastern Iran since the beginning of the week. They are protesting against sudden increases in the price of staple foods, which have soared up to 300% for some products.”

“Food delivery riders for Talabat, a unit of Germany’s Delivery Hero, have gone on an illegal strike to protest over their low wages as the rising cost of living sparks widening unrest among the poorest workers… The rare outbreak of industrial unrest in the Gulf state comes as fuel prices have soared since the Russian invasion of Ukraine.” 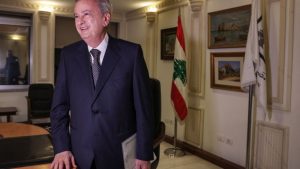 “In late 2019, a financial crisis led Lebanese banks to block most depositors from withdrawing or transferring U.S. dollars. But the central bank governor’s son was able to move more than $6.5 million overseas, leaked documents show.” 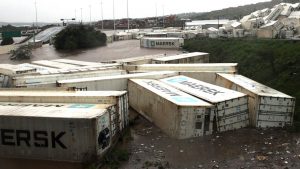 “With floods and electricity shortages, South Africa’s economy is threatening to go into reverse…

“The port city of Durban and the wider KwaZulu-Natal province in eastern South Africa were besieged by the country’s worst flash flooding for decades in April, which killed hundreds and throttled freight operations at sub-Saharan Africa’s busiest port.” 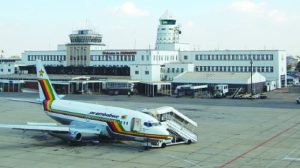 “Troubled national flag carrier, Air Zimbabwe, has grounded its planes because of jet fuel shortages, a development which could result in flight schedule disruptions. In a statement Thursday, the airline management said passengers will be advised on flight schedule changes as soon as possible.” 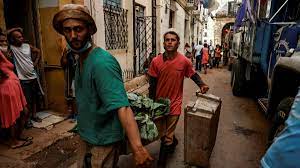 “‘Now it will only get worse’: Cuba grapples with impact of Ukraine war.

“Russia’s war in Ukraine has created fresh problems for its Caribbean ally Cuba, already shaken by street protests and facing severe financial stress amid tighter US sanctions and a pandemic-induced collapse in tourism.” 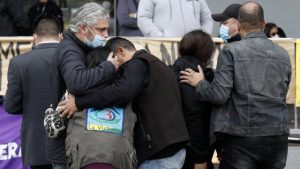 “Chilean Journalist Dies After Being Shot During May Day Protests

“A journalist who was shot near May Day protests in the Chilean capital Santiago died Thursday, a hospital official said, as the country’s president promised there would be no “impunity” in the case. The death of 30-year-old Francisca Sandoval was also confirmed in a statement…” 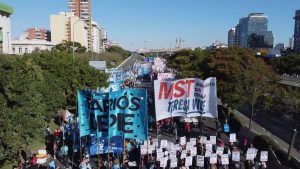 “Calls to protest have become more frequent since the start of the year, as the Argentine economy shows no signs of stemming its inflationary trend. In the first four months of 2022, prices rose 23 percent, including a 6 percent jump in April, according to figures published Thursday.”