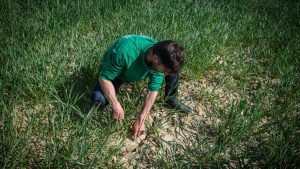 “Droughts, flooding and heatwaves threaten output from the U.S. to France and India, compounding shrinking production in Ukraine. Just about every major producing region is facing one threat or another… Soaring wheat prices are compounding hunger, cost-of-living crises.”

Also covering the lead story if you are hitting the paywall: 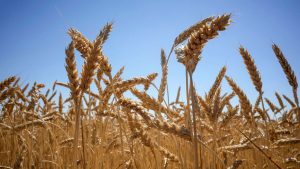 “[US] Winter wheat resiliency getting tested by drought, high winds.

“The major winter wheat-growing regions in the U.S. face the significant possibility of below-average yields. DTN says that’s because drought intensified through the Plains this spring, and summer forecasts don’t show much relief ahead.” 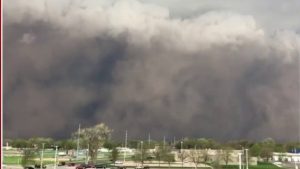 “The dust cloud swept up by the storm [Dakota] produced scenes reminiscent of the Dust Bowl of the 1930s… As of 10:30 p.m. Eastern time, the Weather Service’s Storm Prediction Center had received 55 reports of winds gusting over 74 mph. second most on record for a calendar day.” 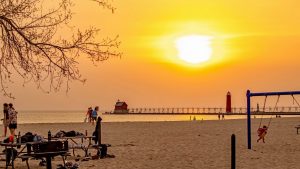 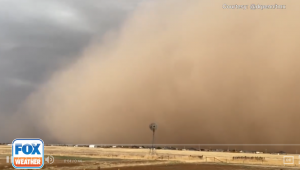 “A large dust storm, also known as a haboob, swept over Amarillo, Texas, on Tuesday, May 10, following storm warnings for the area. Footage captured by Twitter user @drpenn shows the cloud in Bushland, a small community west of Amarillo, on Tuesday evening.” 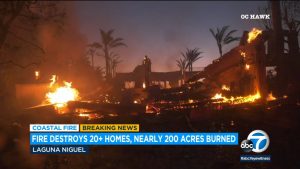 “Extreme fire conditions are continuing to fuel a massive wildfire in northern New Mexico… which grew to nearly 260,000 acres acres on Thursday. The continued destruction came as a smaller fire broke out in California, destroying more than 20 homes, many of them multimillion-dollar mansions, in the coastal community of Laguna Niguel.” 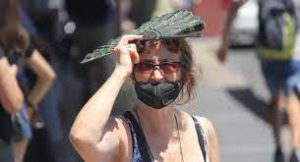 “Mexico is being swept by harsh heat waves all over the country.

“In the past days 4 states tied their all time temperature records: Nayarit, Morelos, Queretaro and Campeche. Chihuahua City is close to its all time high. Very hot at high elevations too: 38.8C [101.8F] at Chilpancingo at 1865m.”

“About 80% of Mexico’s territory suffers from some degree of drought: what happens?

“…An intense heat wave and the lack of rains in recent months aggravate the situation that has already reached the Mexican countryside and has caused the shortage and theft of water in some states in the north and northwest of the country.” 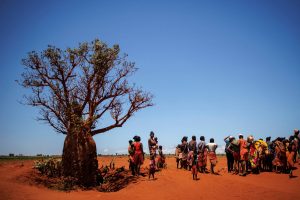 “Humanity is “at a crossroads” when it comes to managing droughts, with the number rising 29 per cent since 2000, says a new UN report.

“The Drought in Numbers report, released on Wednesday to mark Drought Day, says that accelerating mitigation must be done “urgently, using every tool we can”.” 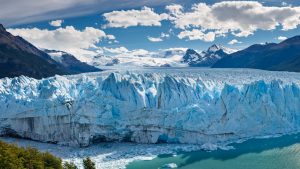 “Two dams are being built on the 380-kilometer (236-mile) Santa Cruz River in Argentina’s Patagonia, threatening glacier movements and endemic wildlife that rely on the surrounding wetlands… The dam project is expected to flood nearly 35,000 hectares (86,500 acres) of the surrounding area…” 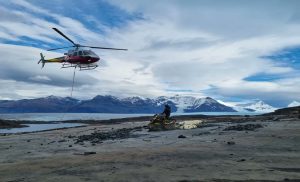 “Glacier melt due to climate change led researchers to 23 ithcyosaur fossils in Patagonia, including a 4 meter long fossil of a pregnant female…

“A team of researchers at the University of Magallanes (UMAG) led an expedition to the Tyndall Glacier in Chilean Patagonia in March and April to find the remains of a four meter long ancient marine reptile.” 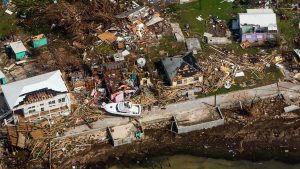 “A new study published Wednesday in the journal Science Advances found that over the past four decades, a 50% decrease in aerosols — tiny particles of air pollution — over North America and Europe led to a 33% increase in the number of tropical cyclones in the North Atlantic.”

“‘We won’t get by’: Dilemma for French farmers facing drought…

“Water the wheat now or save water for the maize? In the Loiret, in north-central France as elsewhere in the Loire Valley, farmers are suffering from the springtime drought and worry about the difficult choices ahead if the rain doesn’t come.”

“On Wednesday, farmers organisation ZLTO even warned that without rain in the next two weeks, the price of potatoes will rise and other harvests may fail… Dykes are already cracking in places because of the lack of rain, the Volkskrant reported on Friday.” 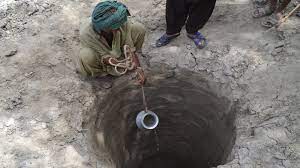 “Farmers from southern districts of Punjab and Sindh told Minute Mirror on phone that their crops were almost dead due to unavailability of irrigation water… “There is no water in canals and hours long loadshedding has created severe problems to irrigate the crops with tube-wells,” Umair Masood, the president of Pakistan Kissan Ittehad said.” 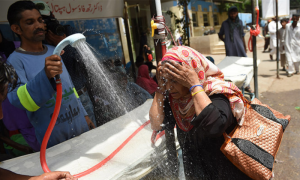 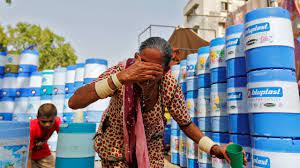 “”There have been several heat waves this season for Gujarat – but what’s more important is, the temperature has not gone below 40 degrees in cities like Ahmedabad for a very long time. In the past 40 days, there has only been one day of below 40 degrees, which has health implications.”” 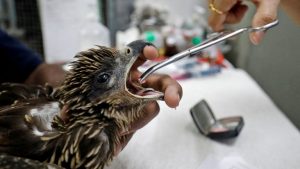 “Dehydrated birds falling from sky in India amid record heatwave.

“Rescuers in India’s western Gujarat state are picking up dozens of exhausted and dehydrated birds dropping every day as a scorching heatwave dries out water sources in the state’s biggest city, veterinary doctors and animal rescuers say.” 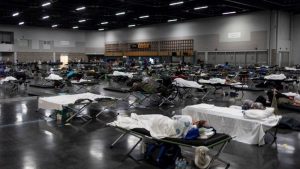 “All heatwaves today bear the unmistakable and measurable fingerprint of global warming, top experts on quantifying the impact of climate change on extreme weather said Wednesday…

“”Every heatwave in the world is now made stronger and more likely to happen because of human-caused climate change,” Otto and co-author Ben Clarke of the University of Oxford said in the report, presented as a briefing paper for the news media.” 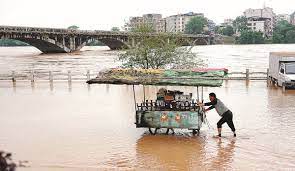 “More than 50 cities and towns across Guangdong have issued severe storm warnings, seven of them red – the highest in China’s four-tier emergency alarm system… Schools have also been temporarily closed in multiple cities…” 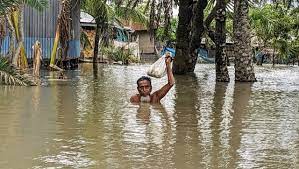 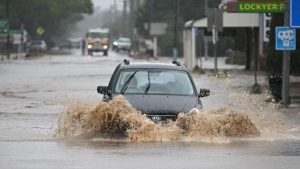 “Heavy rainfall has lashed south-eastern Queensland, resulting in flash flooding across many parts of the state. Low-lying areas of the Lockyer Valley, south-west of Brisbane, were particularly hard hit, with downpours of up to 260mm [10.2 inches] in the past 48 hours.” 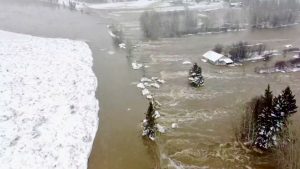 “Chief April Martel of the Kátł’odeeche First Nation ordered her entire community [4,000 people] to leave Hay River after breakaway ice sent floodwaters surging into the centre of the town on Wednesday. The local department of infrastructure had declared the only road link to the town’s airport impassable, closing it off.” 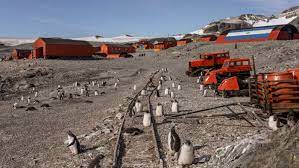 “After Visiting Both Ends of the Earth, I Realized How Much Trouble We’re In…

“The poles… are warming faster than anywhere else on earth. I saw this first hand on Feb. 6, 2020, when Antarctica logged its hottest temperature on record—18.3°C (64.9°F)—at Argentina’s Esperanza weather station… Nearly five months after Antarctica’s high temperature record, the Siberian city of Verkhoyansk [in the Arctic] reached a searing historical high of 38°C (100.4°F) on June 20, 2020…”