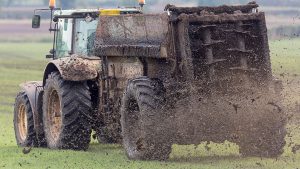 “The global fertilizer shortage is pushing farmers to poop-based products.

“Pandemic supply chain shocks compounded by the war in Ukraine have caused a global shortage of chemical fertilizers. With no end to the war in sight and spring planting season in full swing in the northern hemisphere, farmers are turning to animal and plant waste instead.

“Manure suppliers in particular are selling out. There’s not enough manure to meet the demand of farmers in the US. The pressure is being felt globally, with farmers in the UK even opting to buy treated human sewage sludge.” 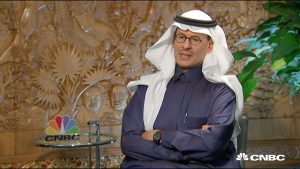 ““I am a dinosaur, but I have never seen these things,” Saudi minister Prince Abdulaziz bin Salman, who’s been attending OPEC meetings since the 1980s, said Tuesday at a conference in Abu Dhabi, referring to the recent surge in prices for refined products. “The world needs to wake up to an existing reality. The world is running out of energy capacity at all levels.”” 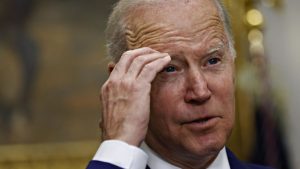 “President Joe Biden on Wednesday blamed Russia’s invasion of Ukraine for domestic price hikes and global food supply shortages, praising American farmers for being the “breadbasket of democracy” amid the war. “America is fighting on two fronts,” Biden said…” 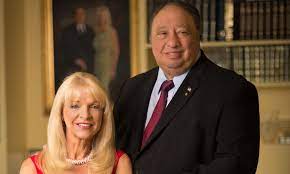 “The diesel crisis in the US may get worse this summer with the potential of shortages and rationing on the East Coast, said billionaire refinery and fuel station owner John Catsimatidis… East Coast stockpiles of the fuel have fallen to the lowest in data going back to 1990.” 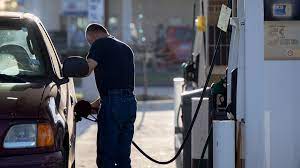 “In another blow to the US economy, prices at the pump soared to fresh record highs.

“The national average price for regular gasoline climbed more than four cents on Tuesday to $4.37 a gallon, according to AAA. That takes out the prior record of $4.33 set on March 11. The gas spike — prices are up 17 cents in the past week alone — will only add to inflationary pressures…” 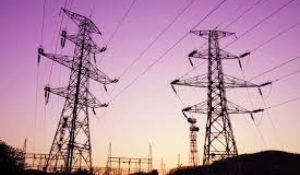 “After Pain at the Pump Comes the Electric Shock.

“Inflation is arriving fast for gas and power bills — and putting great strain on utilities’ return on investment… On all fronts, the 2010s were halcyon years. The shale boom suppressed the price of natural gas and, by extension, of producing electricity… Now it’s safe to say that shale dividend has run its course.”

“Mortgages drive increase in US household debt to nearly $16tn. US households added $266bn to their debt balances in the first quarter, led by mortgage loans, in the largest single-quarter increase since 2006, according to the Federal Reserve Bank of New York.” 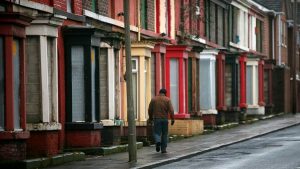 “The tide of pessimism sweeping through Britain’s households is unmatched elsewhere among Europe’s major economies and suggests the government may have misjudged its response to an escalating cost-of-living crunch.” 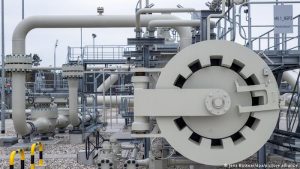 “Households won’t be first to be hit when it comes to the potential rationing of gas in Germany should Russian supplies be disrupted, the head of the country’s energy regulator said, rejecting calls for a prioritisation of industry.” 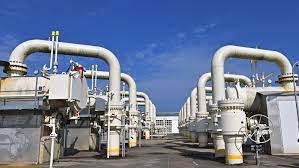 “Ukraine suspended the flow of some Russian natural gas to Europe on Wednesday, blaming Moscow for diverting supplies from the vital pipeline network… in a statement late Tuesday, the Ukrainian gas transmission system operator said it had decided to suspend operations at a major transit point because of “interference by the occupying forces.” 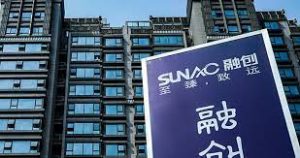 “Sunac China Holdings Ltd. has defaulted on a dollar bond, becoming one of the biggest Chinese property companies to renege on its obligations amid a record-breaking wave of missed payments.” 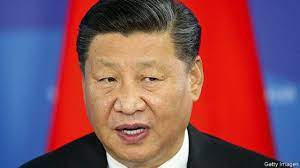 “Don’t Expect Chinese Stimulus to Save the Global Economy.

“Responding to the 2008 financial crisis [and to a lesser extent in 2016], China unleashed a fiscal package of 4 trillion yuan ($586 billion at the time), plus an unprecedented surge in bank lending that spurred demand for commodities and consumer goods. All that, in the process, lifted trading partners… This time it’s different…” 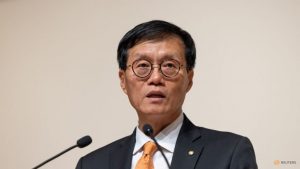 “The financial leaders from Japan, China and South Korea urged caution against heightening risks from sooner-than-expected normalisation of monetary policy, accelerating inflation and supply chain disruptions on top of the Ukraine crisis.” 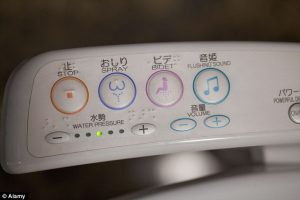 “In Tokyo, officials are urging residents to watch an hour less TV a day, switch off the keep-warm mode on rice cookers, and refrain from using heater functions on toilet seats until winter.” 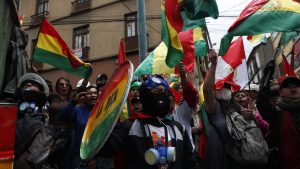 “Rising fuel and food prices look set to stoke an “inevitable” rise in civil unrest, with developing middle-income countries such as Brazil or Egypt particularly at risk, a report by a risk consultancy said… Argentina, Tunisia, Pakistan and Philippines were also among the countries to watch…” 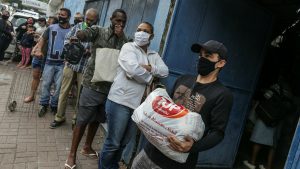 “Latin American central banks will likely extend their monetary tightening campaigns beyond what was originally expected after inflation surged past forecasts in April, with steep increases in food and fuel costs stinging policy makers.” 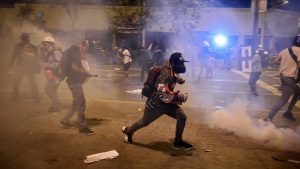 “President Pedro Castillo’s radical programme has faltered. With seemingly no end to the political gridlock, Peruvians are taking to the streets… Nine months after the country elected the former teacher and union leader Pedro Castillo as its president, Peru is once again in crisis.” 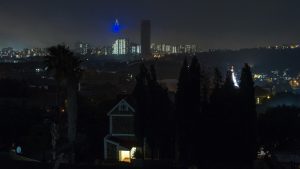 “State-owned Eskom Holdings SOC Ltd. said it will again ration electricity on Tuesday after various generation units were shut for repairs or didn’t return to service as expected. That means nationwide cuts will have occurred on seven of the 10 days in May so far…” 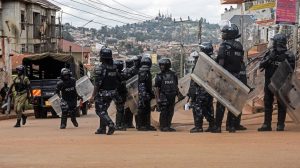 “Higher food prices coupled with soaring fuel bills and rising unemployment make for a volatile political environment on the continent and have prompted governments to react even at the expense of fiscal consolidation, said Nel and van Eck.” 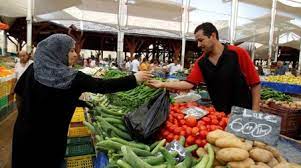 “Tunisia to raise the prices of some foodstuffs after farmers’ protests.

“Tunisia will raise the prices of some foods including milk, eggs and poultry this week, the agriculture minister said, following protests by farmers against a jump in animal feed barley prices due to the war in Ukraine and an increase in energy costs.” 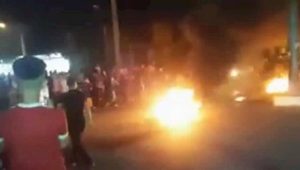 “Raisi’s cash-strapped administration has looked to cut major government subsidies. But the step is likely to come at a cost: potential civil unrest. The first signs of discontent over bread prices came in the southwestern province of Khuzestan…” 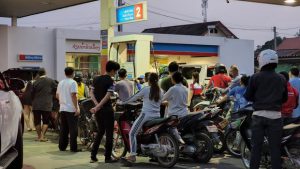 “Lao Economy Grinding to a Halt as Fuel Crisis Deepens.

“Motorists in the Lao capital Vientiane have been forced to queue for hours at petrol stations as a fuel crisis tightens its grip, the latest sign in a brewing economic crisis in the nation of 7 million… Economists have long warned that Laos’ foreign debt was on an unsustainable path.” 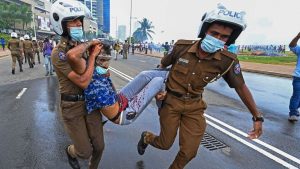 “As footage emerged on Wednesday of armoured military vehicles in Colombo and military checkpoints being set up across the country, fears grew that the path was being laid for a military takeover… A nationwide curfew has done nothing to stop protesters gathering…” 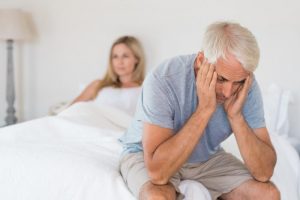 “Stocks and bonds are already flashing red about the economic dangers ahead. Fiscal and monetary policies can and should be coordinated without undermining the independence of either set of policy makers. It’s time for the global authorities to repeat the creativity they displayed during the pandemic. They should act now, in haste.” [And do what exactly?!]