“Detail sector PMI data compiled by S&P Global, derived from information provided by panels of over 30,000 companies in 45 countries, revealed a broadening of the global economic slowdown in April….

“Prices are meanwhile rising for all goods and services, though of particular concern is a record rise in food prices amid falling food production, which is likely to add to the global cost of living crisis.” 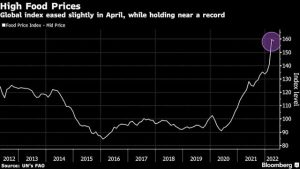 “Global food prices held near a record as crop trade is disrupted by the war in Ukraine, exacerbating tight supplies and stoking inflation…

“High fertilizer prices and weather worries are adding to the threat for global crop supplies, including drought curbing the U.S. wheat crop. That risks compounding a deepening hunger crisis.” 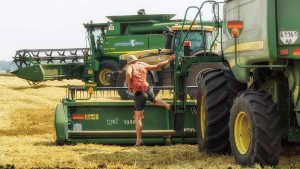 “Wheat production in Ukraine is likely to be at least a third lower than in normal years, according to analysis of satellite images of the country…

“…with more disruption from the war extremely likely, and fighting concentrated in the east where the main wheat-growing regions are found, Kayrros estimates that the wheat harvest is likely to be down by at least 35% this year compared with 2021.” 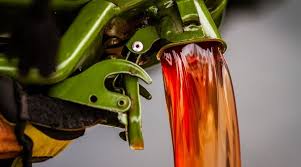 “The world is ‘crying out for diesel.’…

“Retail gasoline prices in the U.S. are up 45% year on year. Diesel used by American truckers is up 75% and just hit an all-time high. But this is not just an American problem. Pain at the pump is global… Fuel flows globally to where it earns the highest return.” 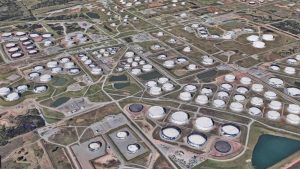 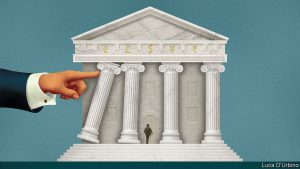 “Central banks must play economic manoeuvres in the dark…

“This is a time of incredible complexity: each week has thrown up a new shock or revealed that the problems we saw coming were bigger than we thought. Markets whiplashed back and forth this week in response to the Fed’s announcements…” 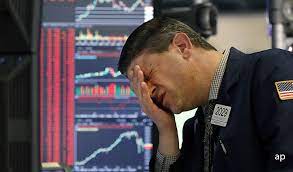 “The Stock Market Panic Is Here…

“Why panic? Because negative developments are everywhere, and they are the last thing standing in the dismal bond and stock markets. The rationalization, “but the economy is still doing well,” is based on past data.” 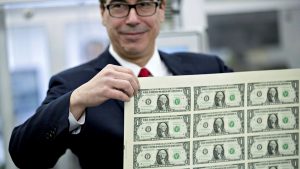 “So far in 2022, with inflation raging, bonds have lost 10%… Almost never has the U.S. bond market lost as much money as in the first four months of 2022, according to Edward McQuarrie, an emeritus professor of business at Santa Clara University who studies asset returns over the centuries.” 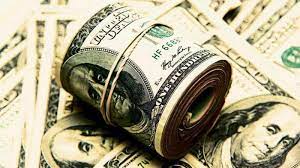 “The U.S. currency vaulted to two-decade highs this week, and its strength is tightening financial conditions just as the world economy confronts the prospect of a slowdown.

“The surge threatens “to damage the broader market environment and expose the economic and financial cracks in the system,” said Samy Chaar, chief economist at Lombard Odier.” 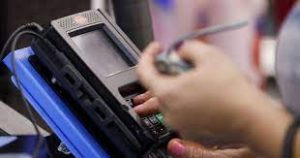 “Americans are racking up debt at record rates. 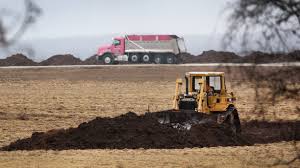 “A bird flu virus that’s sweeping across the U.S. is rapidly becoming the country’s worst outbreak, having already killed over 37 million chickens and turkeys and with more deaths expected through next month as farmers perform mass culls across the Midwest.” 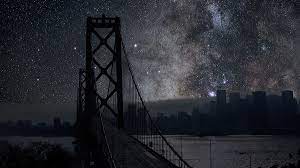 “‘Chaos On The Horizon’: Concern Grows Over Potential Summer Power Outages In California…

“California’s power grid operator is predicting an energy shortage for the hot summer months. The California Independent System Operator (Cal ISO) said the state could be 1,700 megawatts short of what it needs for the grid to function properly.” 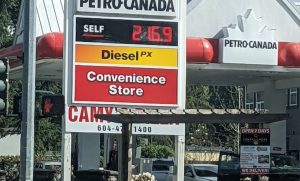 “According to Gas Wizard, a site that tracks gas prices across Canada, prices have jumped by four to six cents in many urban centres across the country. In Vancouver, the price of regular gasoline reached $2.17.” 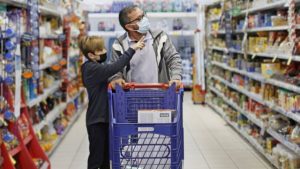 “Inflation will rocket… GDP will flatline… unemployment is expected to surge as the looming economic disaster rears its head. The Bank of England warns that unemployment could rise by 8 per cent by 2025 – the worst level since the banking crisis ended.” 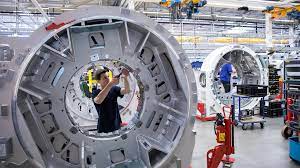 “Industrial production in Europe’s biggest economy plunged by 3.9pc in March, a fall three times larger than economists had expected, leaving GDP 7.6pc below its pre-pandemic level. It shows the severe impact the war is [already] having on Germany’s vital manufacturing sector…” 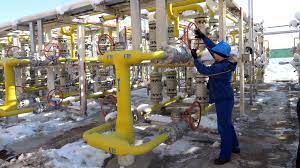 “The halt of Russian gas supplies to Bulgaria last week has left companies big and small scrambling as they fear cuts to deliveries and rising prices. “We are already on the brink. We’ll have to raise our prices further,” said Valery Krastev, who owns a bread factory in the northern town of Montana.” 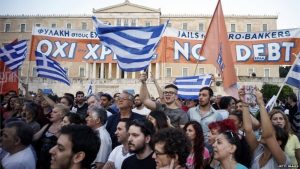 “Relative and absolute levels have increased since 2011. Even with debt relief, Greece’s debt-to-GDP ratio is lower, because its economy has shrunk. Only Germany and Ireland, where companies have relocated to take advantage of lower taxes, have seen their debt-to-GDP ratios fall.” 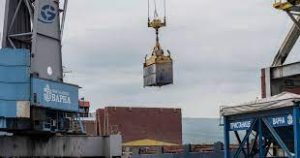 “‘We see a big recession in the making’: Top CEOs are fearing the worst in Europe.

“The euro zone faces concurrent economic shocks from the war in Ukraine and a surge in food and energy prices exacerbated by the conflict, along with a supply shock arising from China’s zero-Covid policy.” 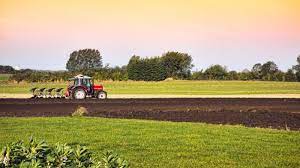 “…farmers do not have enough mineral fertiliser or diesel fuel to maintain food production. As one fertiliser industry person I know put it, accurately in my view: “the last few drops of diesel should be used by a tractor to spread fertiliser made with the last bit of gas”. That is not the set of priorities that is set by current European law.” 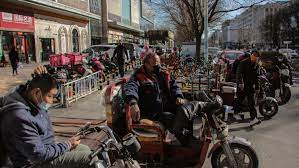 “Migrant workers and recent college graduates have been hit hardest by shuttered factories, closed construction sites and an anemic job market… The government’s new support measures suggest that the problem is more serious than officials have let on…” 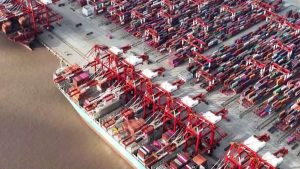 “…global shipping will suffer well into the summer. That could exert even more pressure on global supply chains already reeling from Russia’s invasion of Ukraine, and keep inflation running hot… To add to the problem, many truck drivers have struggled to reach ports in China to pick up containers because of travel restrictions and Covid testing requirements.” 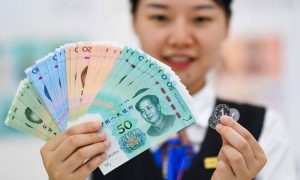 “Short positions on the Chinese yuan touched their highest on record and bearish bets on other Asian currencies surged on worries over an economic slowdown in China and aggressive policy tightening in the United States, a Reuters poll found.” 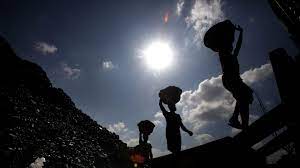 “India has evoked an emergency law in a bid to start generation at some idle power plants running on imported coal which are not producing power because of financial stress or due to high international prices of coal, the government said on Friday.” 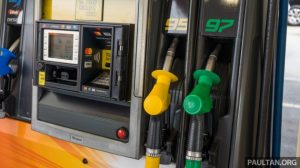 “There have been reports of acute fuel shortages on the east coast and other parts of the country, which have sent tempers flaring… Many took to social media to vent their frustration after finding that many petrol stations had run out of RON95 petrol, with only the pricier RON97 available.” 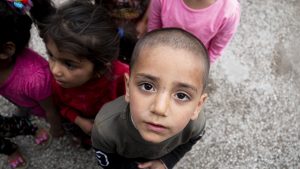 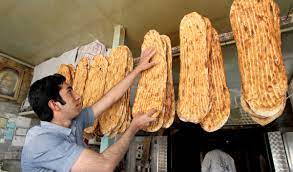 “As Bread Costs Skyrocket In Iran, So Does The Risk Of Social Unrest.

“A dramatic rise in the price of flour in Iran is leading to concerns that the authorities’ recent decision to end subsidies for imported wheat could come at the cost of social unrest… the cost of flour has soared by around 500 percent and is expected to increase further.” 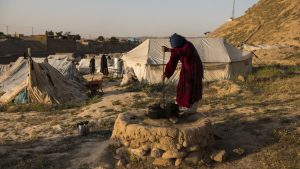 “Over 97% Of Afghans Affected By Food Shortages, Says UN…

“Living costs and food prices have skyrocketed since Taliban took control of Afghanistan in August last year. The Afghan newspaper report cited World Bank findings saying that incomes are likely to have fallen by around a third since the capture of power by Taliban.” 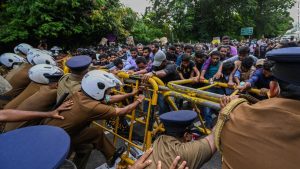 “Sri Lanka ‘risks running out of food and fuel’ and could descend into ‘anarchy’, former energy minister says…

“President Gotabaya Rajapaksa declared a state of emergency across the country on Friday evening effective from midnight. It comes amid widespread protests calling for the resignation of Mr Rajapaksa and his brother Mahinda, who is prime minister, as Sri Lanka faces its worst economic crisis in recent memory.”