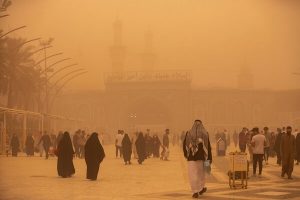 “One person died and more than 5,000 were treated in hospitals for respiratory ailments as the latest severe sandstorm swept across Iraq, the health ministry said.

“As the seventh storm in a month hit Iraq on Thursday, the capital city Baghdad and the holy city of Najaf were shrouded in ghostly orange clouds of choking dust…

“Dust storms have increased dramatically in frequency in Iraq in recent years, driven by soil degradation and intense droughts made worse by climate change, with rising average temperatures and sharply lower rainfall.” 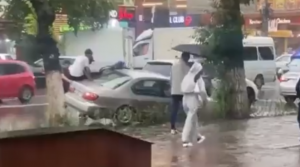 “Heavy rains in southern Kyrgyzstan caused mudslides and landslides, flooding 835 homes and forcing more than 1,000 people to flee, according to the country’s Ministry of Emergency Situations… infrastructure… was severely damaged by landslides and mudflows…” 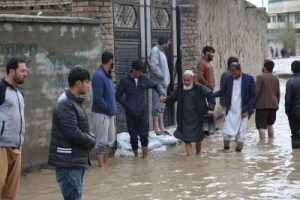 “Heavy rain and flooding has killed 22 people, destroyed hundreds of homes and damaged crops in Afghanistan, which is already facing a humanitarian crisis, a disaster management official said on Thursday.” 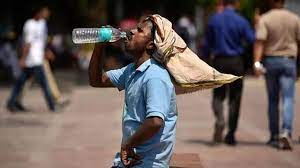 “Maximum temperatures surged again in north Madhya Maharashtra and Vidarbha on Thursday, with at least 12 locations in Maharashtra recording over 40°C. In Pune, Lohegaon, Chinchwad and Magarpatta recorded 40°C, 40.4°C and 40.2°C, respectively.” 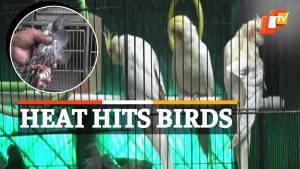 “One animal hospital in the western city of Ahmedabad has treated around 2,000 birds over the past month, many weak and severely dehydrated, with some suffering from broken wings after falling from trees.” 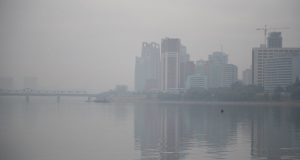 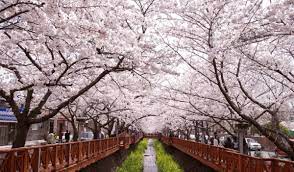 “Data compiled by the Korea Meteorological Administration showed the average temperature last month was 13.8 C, the second highest for April since nationwide record-keeping began in 1973. It was 1.7 degrees above the 30-year average of 12.1 C.” 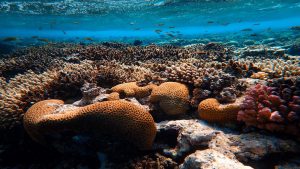 “One of the world’s leading coral reef scientists has called on the agency responsible for managing the Great Barrier Reef to release maps showing the extent of coral bleaching, after a key report was delayed with no reason given.” 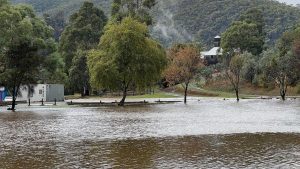 “‘More than a month’s rain in 12 hours’: …storm lashes Tasmania… there is a warning more extreme weather is on the way…

“A strong cold front is also passing across the nation’s south-east, making for a chilly weekend. Lows of 1C are expected in Canberra on Saturday, while Hobart while shiver through a chilly 7C.” 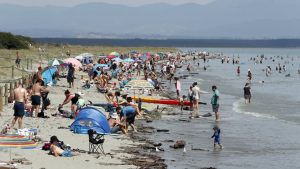 “Unusually balmy sea conditions predicted to delay our winter by a month follow one of the wider New Zealand region’s warmest seasons on record, a climate scientist says… As well, coastal waters were running abnormally hot…”

“Heavy rains caused flash floods throughout the state, as rivers burst their banks, flooding low lying areas. Thousands of residents have been forced to leave their homes following the floods, as houses filled with water, destroying possessions.” 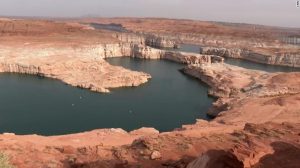 “Officials worry Southern California won’t have enough water to get through summer without unprecedented cuts.

“A giant dust storm in Colorado collides with three wildfires in New Mexico, as seen in satellite video.

“On Friday evening, a time lapse film shows a massive sandstorm, tens of miles wide, descending from southern Colorado and becoming entangled with smoke from adjacent wildfires in New Mexico over the course of two hours.” 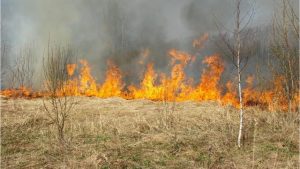 “Daniel Encinias… is among upwards of 10,000 evacuees from the fire that has torn through centuries-old villages in the Sangre de Cristo mountains 30 miles (48 km) northeast of Santa Fe and burned the house Encinias had built from the ground up.” 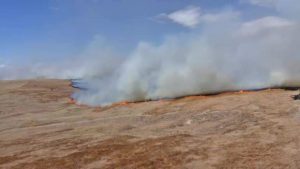 “Farmers in the Plains are in ‘dire straits’ due to drought, wildfire conditions…

“It’s the driest spring Randy Uhrmacher can remember in his 38 years of farming… More than 80% of the Nebraska-Kansas-Oklahoma region is abnormally dry, according to the National Drought Mitigation Center’s most recent data. And more than half of the area is severely dry.” 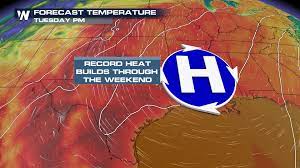 “Record Heat for the Central Plains this Weekend.

“Triple digit heat is back in the forecast! There is a potential for record-breaking highs this weekend through early next week across the Central United States. The Weather Prediction Center has highlighted the risk of excessive heat into Texas Saturday through Tuesday.” 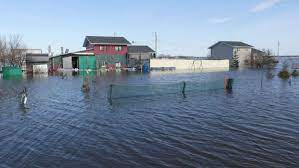 “Manitoba floods continue to wreak havoc on communities across the province.

“Arborg Mayor Peter Dueck told 680 CJOB says the Icelandic River — normally a small stream — rose quickly this year. “People are saying this is probably the highest the water has ever been since 1974,” he said.” 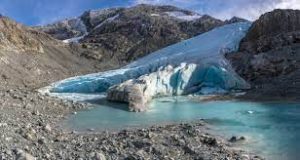 “The Peyto Glacier in Canada’s Banff National Park has shrunk by around 70 percent over the last half-century, a dramatic change highlighted in newly released satellite imagery from NASA… Rising summer temperatures have accelerated melting, scientists say, as has soot from nearby wildfires…” 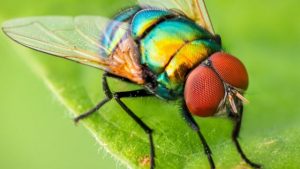 “Using data gathered from the dead insects collected on car number plates, 2021 Bugs Matter data shows numbers have dropped by a shocking 59 percent since 2004. Of the UK nations, England’s flying bug population has suffered the most, with a 65 per cent drop…” 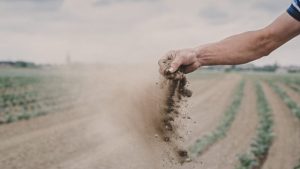 “The farmers association, ZLTO, fear that the lack of rain this spring could lead to crop failure and a food shortage, broadcaster NOS reports… Dutch farmers have had to take on extra work to keep up with production, but the lack of rain has made it difficult for seeds to germinate.” 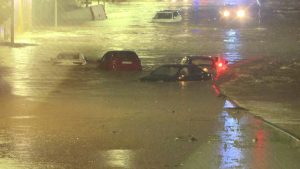 “More than 200mm of water fell in Valencia in a 24-hour period, the highest daily figure for May since records began in the 19th Century. Police were called almost 100 times as the waters rose in the city.” 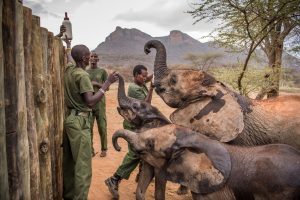 “In Namunyak Wildlife Conservancy, home to Kenya’s second largest elephant population, the youngest are struggling to keep up with their herds. An influx of lost calves into elephant sanctuaries has followed record high temperatures and the worst drought for 40 years.” 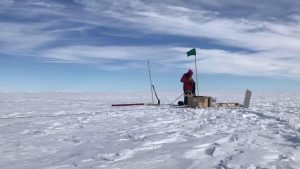 “For the first time, scientists have found a huge groundwater system below ice in Antarctica. [impact on future sea level rise as yet unclear]

“The reservoir of groundwater – water held underground in the soil or in pores and crevices in rock – lies beneath the Whillans Ice Stream in West Antarctica, they say.” 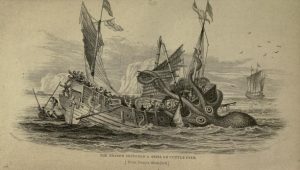 “As oceans warm will the methane ‘Kraken’ be released?

“A vast amount of the powerful greenhouse gas is sequestered as frozen crystals in the world’s oceans. Of great concern among experts is the growing risk that, as the Earth warms and ocean temperatures rise, these highly disruptive, potent greenhouse gases will “flee” their frozen confinement.”