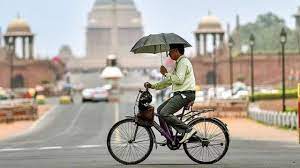 “A spring heat wave is scorching parts of India and Pakistan, with record-breaking April temperatures of 120 degrees Fahrenheit forecast along the border of the two countries in the coming days…

“The Indian Meteorological Department warned this week that a heat dome, similar to the one that sent temperatures soaring over the Pacific Northwest last year, had formed over the region.”

“The book opens with Frank May who is experiencing a devastating heatwave and high humidity in India. The high demand for air conditioning causes power outages, meaning only those with generators can keep vaguely cool. Eventually, millions die leaving the nation traumatised…” 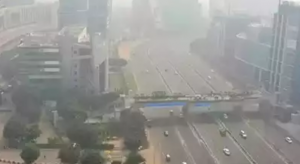 “The dust storm on Tuesday night spelt misery for residents who faced long power cuts extending into Wednesday after strong winds uprooted trees and damaged electricity cables in many locations across the city and left them sweltering in the heat.” 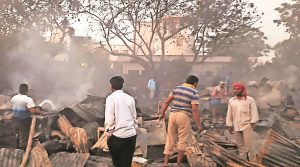 “Fanned by strong winds, a fire raced through a slum cluster around the same time a dust storm hit the city on Monday night, destroying around 1,000 shanties in a Manesar village and leaving one woman dead. The blaze turned everything in its way into ash within a few hours…” 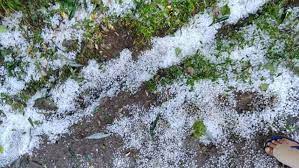 “High velocity winds followed by a hailstorm on Monday caused massive damage to orchards of apple, almond, walnut, and cherry, along with standing crops, vegetables, and paddy saplings in various parts of the Kashmir valley.” 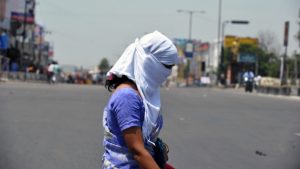 “North Indian heat wave hits Nepal. Kathmandu sweated through hottest March on record, but there is more searing heat in store… people in the Indo-Gangetic plains are bracing themselves for maximum temperature to hit 50°C…

“The facts of climate change induced heat stress are imitating fiction, and a dystopian narrative is becoming our new reality.” 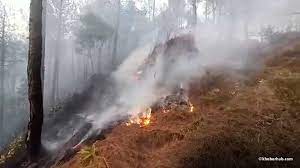 “As forest fires continue to flare up in Nepal, the air quality of Kathmandu has deteriorated. Kathmandu’s air quality remained unhealthy throughout Tuesday with pollution levels peaking in the morning and evening pushing up the ranking of most polluted cities.” 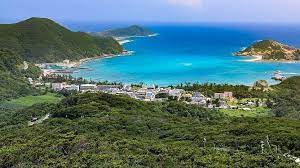 “A heat wave is in Okinawa Prefecture, in Southern Japan with widespread >30C. A new April record was set at Tokashiki with 26.8C [80.2F].” 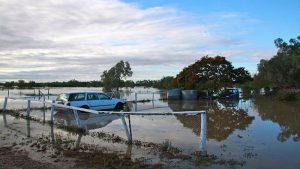 “An unseasonable weather event has drenched Western Queensland in “almost monsoonal-like” rainfall that has broken an 83-year rain record. The rain event, which began on Saturday, soaked parts of central-west Queensland with more than five times the average April rainfall.” 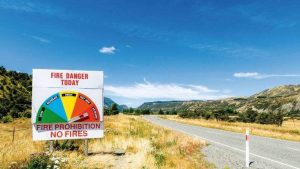 “A dry summer “exacerbated” by a parched March has set records across the South, Niwa says. As the Southland Rural Support Trust urges farmers to check their feed supply now, Niwa meteorologist Ben Noll said a long spell of dry weather had set records in the South.” 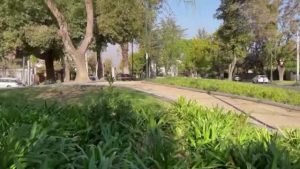 “In Chile’s capital city, drought is making grass ‘unacceptable’ for many.

“In Chile’s capital Santiago, grass is becoming a rare luxury amid a decade-long drought that has forced the city to roll out emergency measures to limit water use and led local authorities and landscapers to replace lush green plants with desert flora.” 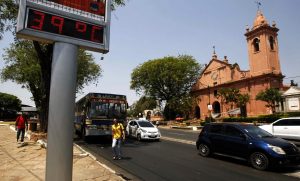 “Another heatwave for South America in 2022 [even though they are well into autumn]: 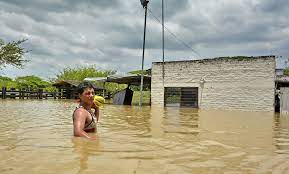 “Colombia Declares State of Emergency After Heavy Rain Causes Deadly Landslides and Flooding in Cundinamarca and Other Areas.

“Heavy rain triggered widespread flash floods and lethal landslides in Cundinamarca Department and other municipalities, leaving multiple people dead and several others missing. The death toll is expected to rise…” 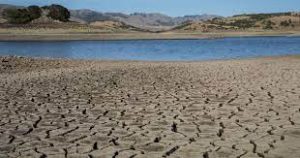 “Millions Must Cut Water Use in Drought-stricken California.

“Southern California’s gigantic water supplier took the unprecedented step Tuesday of requiring about 6 million people to cut their outdoor watering to one day a week as drought continues to plague the state.”

“Denver On Track To Have Driest April In Recorded Weather History… So far this month DIA has only recorded 0.01 inches of moisture, and that was on the 10th, along with a trace of snow… The current driest April on record happened in 1963.” 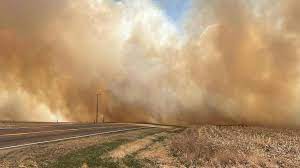 “Two wildfires have combined in New Mexico as fires also rage in Arizona and Nebraska.

“Wildfires continue to burn across the Southwest with two blazes in New Mexico merging to form a perimeter of more than 180 miles Sunday, according to firefighters… The Calf Canyon and Hermits Peak fires have combined — burning a collective 56,478 acres…” 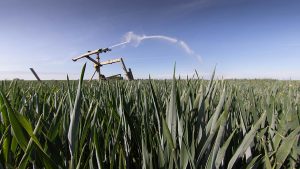 “Drought has severely impacted U.S. winter-wheat fields. Only 27% of the crop is in good or excellent condition, the worst since 2006 and highlighting the extent of damage from drought gripping states like Kansas. Meanwhile, bouts of wet, chilly weather are delaying spring sowing in the Midwest and Northern Plains.” 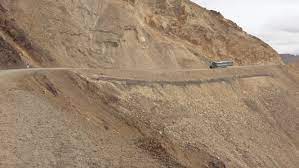 “This summer and next year, the park’s sole road will remain closed at its halfway point, victim to a warming climate that has triggered the collapse of a mountain slope. The site, called Pretty Rocks, is at a high point on the unpaved road. Since last August, it has been considered unsafe for public travel.” 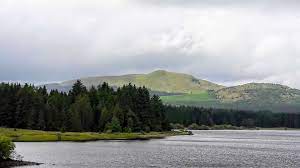 “Climate change has led to warming of lochs and reservoirs in Scotland, report finds.

“The report by Centre of Expertise for Waters (Crew) found that 97 per cent of monitored lochs and reservoirs had increased in temperature over a four-year period from 2015 to 2019. The majority warmed by up to 1C per year during the period while nine per cent rose by more, and some by up to 1.3C.”

“Even before the start of the war, Algeria was expected to increase grain imports. According to the United States Department of Agriculture, cereal production fell by 38% over the 2021/2022 season, due to unfavorable weather patterns. Algeria, like neighboring Morocco and Tunisia, has been suffering from drought.” 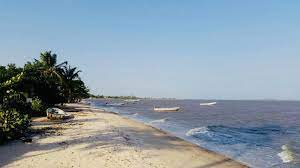 “Another hot spot these days is NW Africa.

“On 25th April the temperature reached 44.0C [111.2F] at Ziguinchor, Autonomous Area of Casamance in Senegal ,1C from its all time record while the Guinea Bissau capital Bissau reached 41.0C, only 0.4C from its hottest day on records.”

“According to media reports, at least 11 people have died across four Districts (seven in Nyamasheke, two in Kicukiro, one in Gasabo, and one in Ngororero)… In addition, 100 houses have been destroyed as well as hectares of crops.” 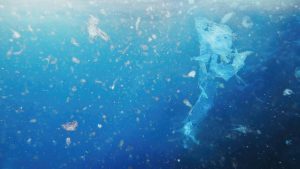 “Microplastics may be dragging faecal parasites from land into the seas.

“Disease-causing parasites could be pouring into oceans and infecting humans and wildlife after hitching a ride on microplastics, a new study warns… These pathogens form a biofilm – a slimy layer made from a community of microbes – making them ultra-resilient to any rough waters.”