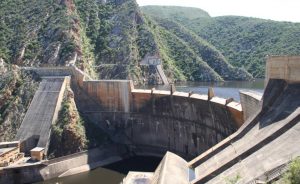 “Reports have surfaced that there is a high risk that the Nelson Mandela Bay Metro Municipality, South Africa [population: 1,281,000] will not have water by the end of May 2022.

“The municipality is reportedly fast running out of water and there are no significant rains currently projected for the area.” 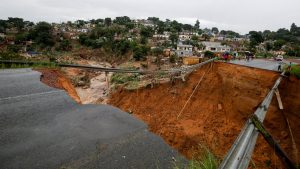 “After the relentless rain, South Africa sounds the alarm on the climate crisis…

“The full extent of the devastation caused by the floods in South Africa this month is yet to become clear, with many victims still missing and authorities still learning of new damage around the eastern coastal city of Durban. Many tens of thousands of people remain without water…” 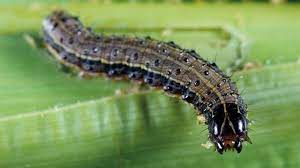 “Farmers in parts of Western, Rift Valley and Nyanza [Kenya] are staring at losses after fall armyworm invaded their farms, destroying maize, sorghum and finger millet.

“Mr Milton Odhiambo, a farmer from Nasewa in Matayos, Busia County, said he was shocked one day when he woke up and found his farm invaded by the fall armyworm.” 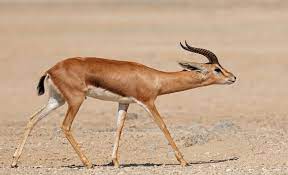 “…ensuring the oryxes’ well-being has been getting harder in recent years, said reserve manager Ashraf Al-Halah. “The plants here do not depend on rain, they depend on floods. But we’re noticing a change in the flooding frequency,” he told Al-Monitor.” 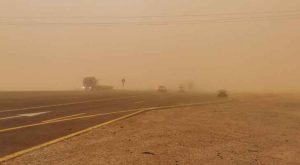 “Authorities in Jordan issued warnings to citizens after a dust storm raged over Jordan on Saturday and caused disruption to the kingdom’ aviation operations.

“The National Center for Security and Crisis Management warned the population, especially those with respiratory problems, to remain vigilant and to avoid going out…” 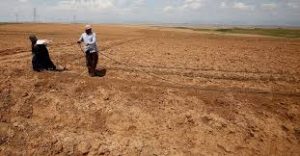 “The once-thriving Abu al-Khasib district, in southern Iraq, that used to house a myriad of palm trees and lush forests has now lost its charm after years of drought have forced farmers to give up their lands.” 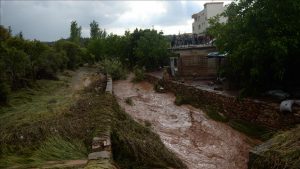 “Latest reports suggested that the amount of rainfall that occurred in just two hours was equivalent to a month’s worth of downpour.” 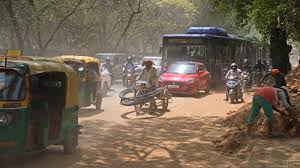 “How India could soon have days so hot it will impact work.

“India is searing. Large parts of the country are in the grips of unbearable heat and heatwaves. March this year was the hottest March on record, and March-April has witnessed a record number of heatwaves.” 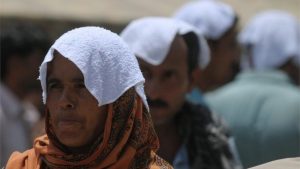 “Unfortunately for Indians and Pakistanis the extreme heat is not over and it will just get worse in few days:

“An incoming potentially deadly heat wave will see the temperatures soaring up to 48-49C [over 120F] in Pakistan and 46-47C in India. Stay tuned.” 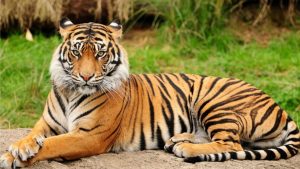 “Three critically endangered Sumatran tigers were found dead after being caught in traps on Indonesia’s Sumatra island in the latest setback for a species whose numbers are estimated to have dwindled to about 400, authorities said Monday.” 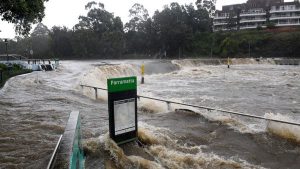 “A dangerous combination of weather events not seen together in almost 50 years could see more communities Australia plunged under rising flood waters during the rest of 2022. 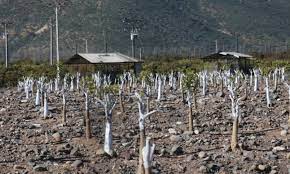 “Fruit and vegetable prices increase by 20% due to drought [Chile].

“The prices of some fruits and vegetables have risen by more than 20% due to the drought facing the country, according to the Minister of Agriculture. Specialists warned that this increase could be irreversible, since the State “did not adapt before to the climate crisis.”” 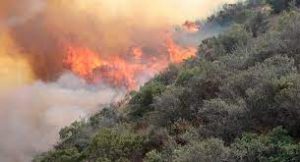 “Forest fires in Honduras have consumed more than 9,000 hectares of forest per month between January and April 2022.

“Environmental crimes (forest fires) are the order of the day in Honduras. Now more than ever the country is in the process of running out of trees and, consequently, without water sources that, by the way, is already an endangered resource.”

“Oaxaca [Mexico] is an oven; historic heat waves recorded during 2022.

“Global warming and climate change caused Oaxaca to record more extensive heat waves this year than those that have historically occurred… “For years there has been talk of climate change and global warming, surely this is one of the consequences…”he explained.” 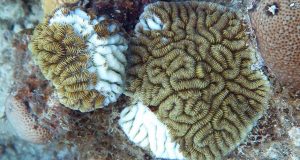 “First discovered in Florida in 2014, the disease, which scientists believe is carried by ocean currents and commercial ships, has now been confirmed in 22 countries and territories across the Caribbean, according to data compiled by the Atlantic and Gulf Rapid Reef Assessment (AGRRA)…” 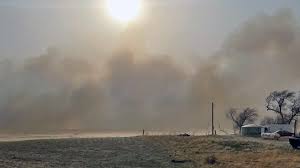 “”This is looking more like the middle of June as far as the fuels and the fire danger indices are tracking right now,” said Coleen Haskell, wildland fire meteorologist for the Rocky Mountain Area Coordination Center.” 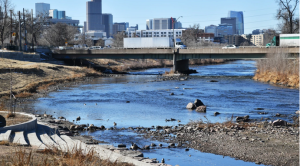 “Drought prompts Nebraska to divert water from river it shares with Colorado.

“With many Western states in severe drought and vying for their share of a diminishing amount of water, Nebraska is taking a new tact by trying to divert water from a river it shares with Colorado.” 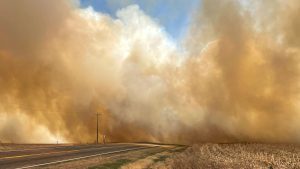 “One dead and thousands forced to flee as wildfires sweep across US.

“Wind-driven wildfires sweeping through parts of Nebraska contributed to the death of one person and injured at least three firefighters, authorities said Sunday… The death came as wind-driven wildfires destroyed hundreds of structures in northern New Mexico and forced thousands to flee mountain villages…” 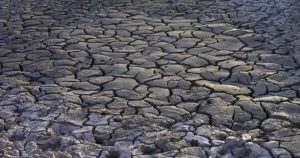 “”Utah has been in drought for eight of the last 10 years and, as we’ve talked about before, some recent studies show this is the worst 20-year drought in the west in the last 1,200 years,” Cox told reporters during his monthly press briefing.” 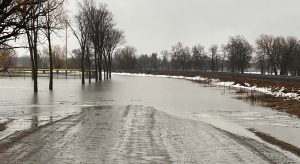 “More severe weather made its way through northwestern Ontario this weekend, causing flooding, road washouts, and infrastructure failures in the region. Fort Frances Ont., about 200 kilometres from Kenora, declared a state of emergency…” 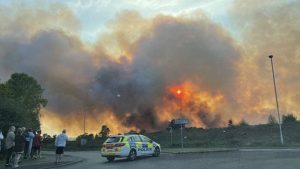 “Families have been evacuated from their homes after a wildfire swept across heathland in Dorset, destroying about 17 hectares (42 acres) of wildlife-rich habitat… Fire crews were called out to reports of a fire at about 5pm on Saturday…”

“New research has identified a lesser-known form of ozone playing a big role in heating the Southern Ocean — one of Earth’s main cooling systems.

“Ozone is a gas composed of three oxygen atoms. Many studies have described ozone in the stratosphere, and its role in shielding people from the sun’s harmful ultraviolet radiation.” 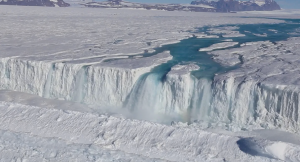 “Scientists have recently found that lakes are more extensive around the Antarctic ice sheet than previously thought. Endurance swimmer Lewis Pugh even swam one kilometre through one of these lakes in 2020 to raise awareness of climate change.”