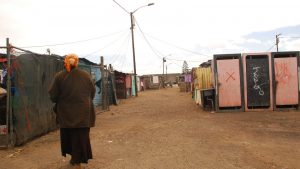 “Turmoil triggered by rising food and energy prices is already gripping countries like Sri Lanka, Egypt, Tunisia and Peru. It risks turning into a broader debt debacle and yet another threat to the world economy’s fragile recovery from the pandemic.” 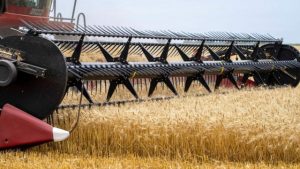 “”It’s a human catastrophe, meaning nutrition goes down. But then it also becomes a political challenge for governments who can’t do anything about it, they didn’t cause it and they see the prices going up,” World Bank president David Malpass said in an interview with the BBC.” 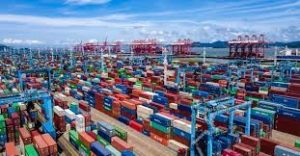 “Who will save the world economy? As sharp slowdowns threaten, there seems to be no obvious saviour to the multitude of problems hammering countries…

“…there is no driving force able to save the world this time around [as China did after the GFC]. It leaves businesses, households and governments in Britain and Europe to rely largely on their own resources.” 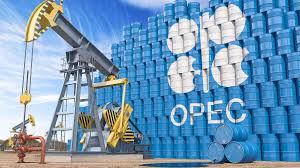 “As the group unwinds production cuts, several producers, namely West African countries struggling with underinvestment and an exodus of international energy companies, are failing to keep up.” 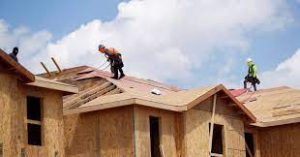 “The average 30-year fixed mortgage rate is above 5% and the highest since 2011, and the rise this year has been one of the fastest on record. Overall U.S. housing affordability is the lowest since 2008 and falling. These bear close monitoring.” 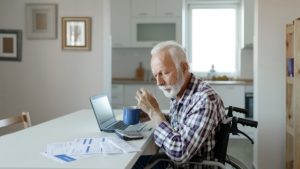 “The increasing cost of living is taking an emotional as well as a financial toll on some of the UK’s most vulnerable groups… More than half of disabled people feel “anxious, depressed or hopeless” about the state of their finances, according to Leonard Cheshire.” 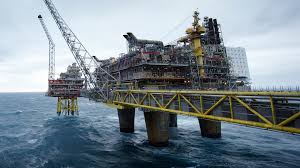 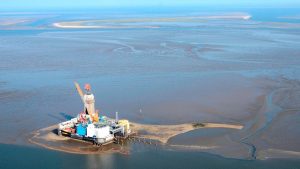 “Germany will work with the Dutch exploration and production company, ONE-Dyas, to operate a gas field in the North Sea above Schiermonnikoog and the German Wadden island of Borkum, Dutch broadcaster NOS reported on Wednesday.” 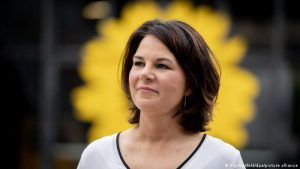 “Germany has said it will stop Russian oil imports by the end of the year.

“Annalena Baerbock, the country’s foreign minister, said Germany is “completely phasing out” energy imports from Russia. “We will halve oil by the summer and will be at 0 by the end of the year, and then gas will follow,” she said, following a meeting with her Baltic counterparts.” 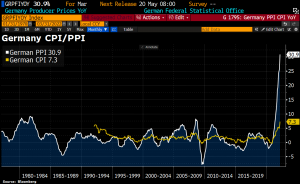 “This measure of German inflation just hit its highest level since 1949. 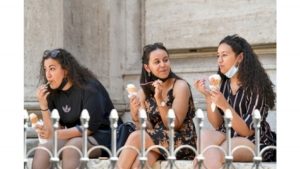 “Schools and other public buildings in Italy will be forbidden from setting their air conditioning to any setting lower than 25C from next month, under a scheme intended to help the country dodge an energy crisis exacerbated by the war in Ukraine.” 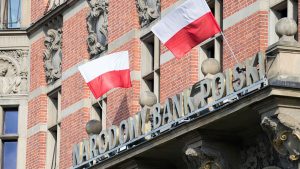 “Inflation rears its head in central and eastern Europe.

“War, political tensions and a deteriorating macroeconomic outlook are testing the skills of central banks in Hungary, Poland and Romania. They add up to the region’s third great challenge after the 2008 financial crisis and the transition from communism…” 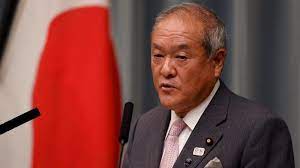 “Japanese Finance Minister Shunichi Suzuki said on Tuesday the damage to the economy from a weakening yen at present is greater than the benefits accruing to it, making the most explicit warning yet against the currency’s recent slump versus the dollar.” 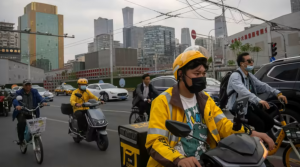 ““These are by far the greatest outflows since China began opening up its domestic bond market,” said Becky Liu, head of China macro strategy at Standard Chartered, adding that when combined with net selling of stocks, foreign investors had dumped a total of about Rmb234bn in Chinese securities over the past two months.” 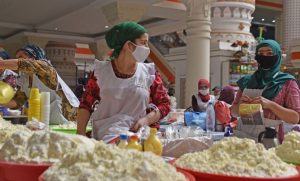 “For the first time in a decade, this week Tajikistan is due to send a delegation to Washington to seek aid from international financial institutions. Facing risk of default, the Emomali Rahmon regime has finally run out of alternatives.” 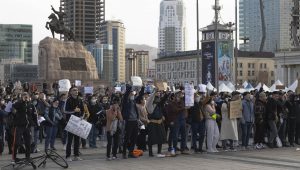 “In Mongolia, Protesters With Empty Stomachs Are Denouncing Empty Promises.

“Mongolia has seen a wave of protests in response to soaring inflation. The demonstrators have rallied around the slogan “we want to live” — damning the disappointed promises of the country’s postsocialist transition.” 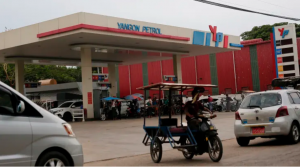 “Myanmar’s energy ministry on Tuesday denied the country was facing a shortage of petrol and diesel stocks, even as long queues of motorists formed at petrol stations in some cities.” 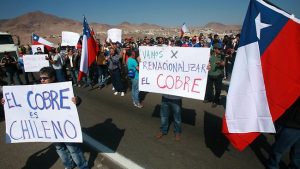 “As of Wednesday, MMG Limited’s Las Bambas mine joined Southern Copper’s Cuajone mine in succumbing to community protest. At the same time, union strikes and cost of living protests are threatening production at a Glencore mine.” 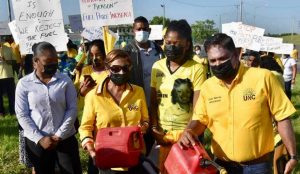 “Tuesday was the day the price increase took effect, students returned to school, and many people returned to work after the long Easter weekend. The protests were held along the highways and at major intersections.” 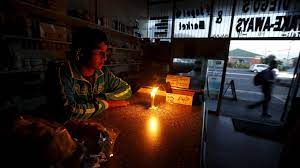 “South Africa’s rand dropped on Tuesday, when the country’s ailing power utility ramped up scheduled power cuts that constrain growth in the continent’s most industrialised nation.”

“Malawi is set to lose 78 Megawatts of electricity this week and power outages in the country will be lasting 8 hours per day… This is the case because the contract which Electricity Supply Corporation of Malawi has with Aggreko is expected to end on Friday.” 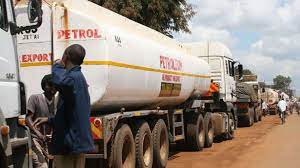 “Uganda, which is struggling with inadequate fuel supplies, wants neighboring Kenya, its main route for imports, to allocate it a fixed monthly amount to alleviate shortages that have driven pump prices higher.”

“Jet fuel shortage in Dakar [Senegal]: airlines must ensure their own fuel supply.

“Dakar Blaise Diagne international airport is hit by a shortage of kerosene due to “an unfavourable international situation”. Its operator is calling on the airlines that land there to ensure their own fuel supply for return flights.” 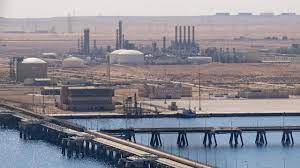 “Libya’s state-owned NOC has declared force majeure restrictions (FM) at the eastern port of Marsa el-Brega, adding to a spate of port and field outages that have affected the north African oil producer over the past 48 hours.” 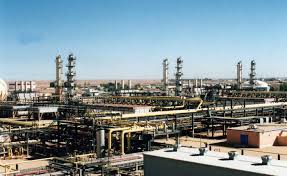 “Algeria struggles to meet rising demand for its gas after Russian invasion of Ukraine.

“Algeria, which is the third-biggest natural gas supplier to Europe with about 8 per cent market share, does not have enough extra gas to make available quickly, energy experts said. They blamed a longstanding shortage of foreign investment…” 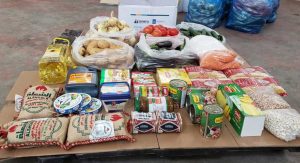 “Wael Dabbous of AICP has seen the number of families in need of support soar in recent years. Whereas more than two years ago, before the currency dropped and the dollar equivalent value of salaries plummeted, there may have been less than 10 families seeking help, but now it’s “thousands”.” 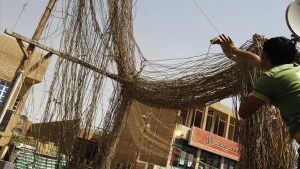 “Iraq’s government has been working on increasing power production to confront a potential electricity crisis, especially in the summer. Spokesman for Iraq’s electricity ministry Ahmed Moussa said the ministry will add 4,500 megawatts into the grid and seeks 25,000 megawatts of electrical energy production.” 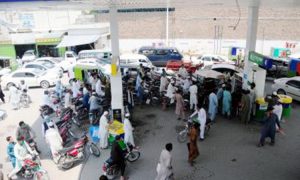 “Pakistan Prime Minister Shehbaz Sharif has been warned by economists and industry experts that the country would face the worst shortage of diesel next month amid the harvesting season as its stocks are plummeting, Express Tribune reported.” 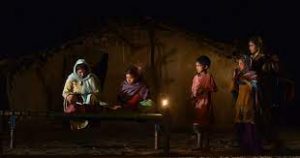 “Although outages aren’t uncommon in India, the situation this year particularly points to a “looming power crisis,” said Shailendra Dubey, chairman of All India Power Engineers Federation, an advocacy group.” 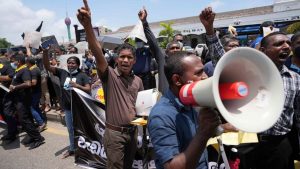 “Police confirmed they had fired on a group who had been blocking a railway in the town of Rambukkana, about 60 miles from Colombo, for more than eight hours. They were demonstrating against the devastating fuel and oil shortages in the country and the decision to raise fuel prices further this week.” 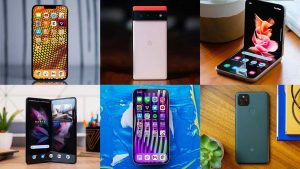 “Smartphone shipments fell 11% in the first quarter, the worst drop since the coronavirus outbreak, after inflation fears, Russia’s invasion of Ukraine and the Omicron variant derailed an unsteady recovery for the sector.” 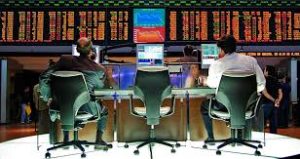 “Commodity prices are going haywire, prompting fears of the next financial crisis.

“This volatility has not only helped fuel levels of inflation not seen in 40 years —market observers are warning that it could put the stability of the global economy at risk… “Commodity speculation is largely unregulated because there are no position limits, or the limits are so high that they’re meaningless,” Kelleher said.”