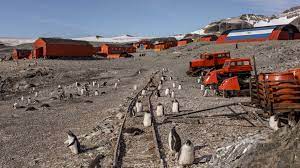 “Antarctica encountered its first recorded heatwave in 2020, with an unprecedented 9.2C above the mean maximum, and in March a research center in eastern Antarctica saw temperatures soar 30 degrees above normal.” 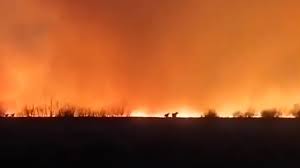 “Wildfires are raging in Russia, marking an early start to fire season across the vast expanses of Siberia. Video, published by The Siberian Times, showed a huge blaze in the Tyumen region of Western Siberia.” 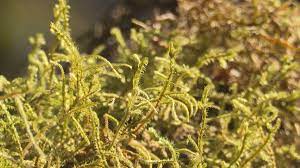 “When it doesn’t rain in a rainforest: Climate scientists study Southeast Alaska drought…

“The region has recorded droughts in the past, but not as intense as this one…. There were significant impacts… Thoman says that pests and insects thrived, like the hemlock sawfly, which caused extensive damage. There were reports of water in streams being too warm for salmon to swim up and spawn.” 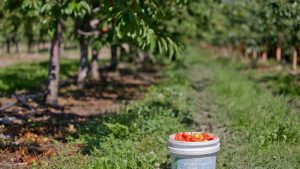 “Some cherry farmers in British Columbia are using helicopters to push warm air over their trees as unseasonably cool temperatures threaten this year’s cherry crop even before the fruit has formed.” 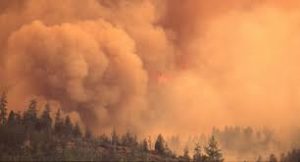 “The billowing black smoke that has cloaked the US Pacific north-west during wildfire disasters in past years has caused atmospheric carbon monoxide levels to spike, with the contaminants offsetting recent reductions in emissions.” 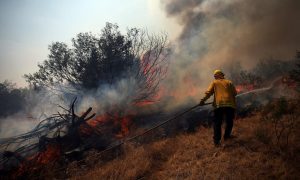 “Ranchers Now Faced With Difficult Decisions As Drought and Wildfires Wage War on the Plains.

“High winds and eerily dry conditions across Kansas and the Southern Plains have created what’s been a battleground for continuous wildfires this year. The drought-plagued area was already showing severe signs of what little to no rain-fed water will do, but fires are also robbing ranchers of vital grass.” 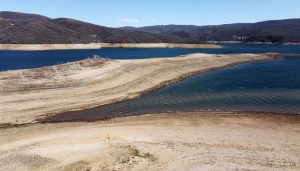 “With summer approaching and the passage of multiple bills focused on water conservation efforts, the minds of Utahns are turning to the ongoing drought and possible water restrictions. Images provided by Nearmap, an aerial imagery company, show before and after photos…” 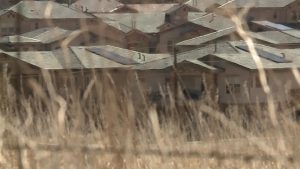 “April has just hit a new record in Colorado Springs as of Tuesday, as it officially the driest April we have seen so far. We could exceed this record with more dry and windy days ahead for the rest of the week…” 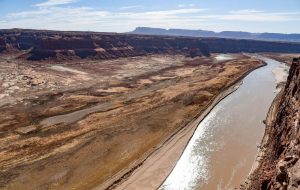 “Colorado River named most endangered river in the U.S… 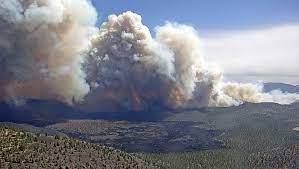 “A towering ‘wall of fire’ whipped by high winds is forcing thousands to evacuate an Arizona tourist town, as Red Flag warnings for high-risk weather conditions cover much of the Southwest.

“The Tunnel Fire has grown to 6,000 acres since it began… The blaze remained at zero containment as of Tuesday evening.”

“The city port of Tapachula in Chiapas reached 40.6C [105.1F], its second hottest day ever; the record was set last year!“ 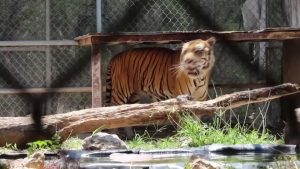 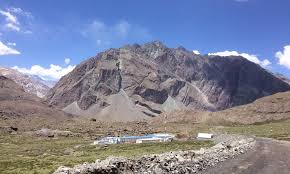 “Glacier retreat in the Andes is bankrupting a billion-dollar corporation…

“Alto Maipo, a Chilean subsidiary of the American Fortune 500 Company AES Corporation, filed for Chapter 11 Bankruptcy [claiming] that decreasing electricity prices in Chile and the effects of climate change on its water supply make its current financial structure unsustainable.” 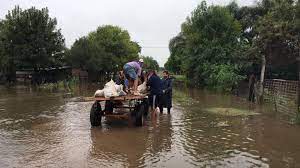 “Fires then floods: Argentina province under water months after blazes.

“Argentina’s northeastern province of Corrientes has been hit by widespread floods, leaving cattle fields under water and inundating roadways, just months after widespread wildfires ripped through the region and burned important wetlands.” 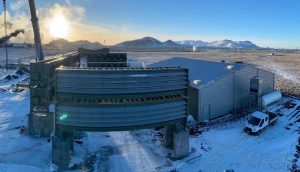 “As a result of the malfunctions in recent weeks, the Orca machine outside Reykjavik is running behind schedule and is still yet to hit its target of removing 4,000 tonnes of carbon dioxide from the air each year.” 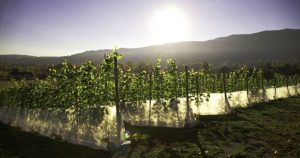 “…climate change is pushing vineyards further north and south towards the poles. The trends are absolutely clear, according to Dr Greg Jones, a climatologist who specialises in grape production and wines and is himself the owner of a winery, Abacela, in Oregon in the US.” 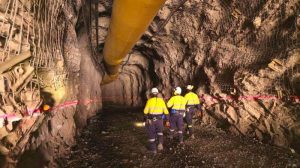 “Trevali Mining has halted operations at its Perkoa mine in Burkina Faso after the mine was flooded in some areas due to heavy rainfall. The mine, 90%-owned by Trevali, has been evacuated, with both mining and milling operations stopped currently.” 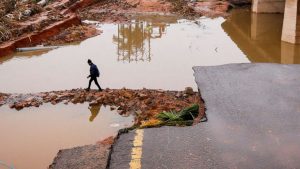 “Flooding and landslides following record-breaking rainfall caused hundreds of deaths and displaced 40,000 people in KwaZulu-Natal province… In the coming days, 10,0000 military troops will join search and rescue operations and provide aid to the thousands of people impacted by the tragedy.” 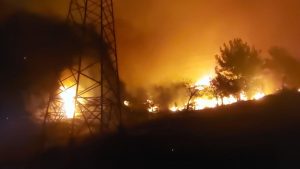 “Local forestry services and firefighters from Hatay municipality rushed to the scene. Their extinguishing efforts were hampered by strong winds. Winds also blocked efforts to use airplanes or helicopters to put out the wildfire.” 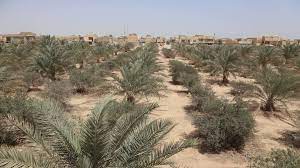 “Iraq ‘green belt’ neglected in faltering climate fight. Envisioned as a lush fortress against worsening desertification and sand storms, the “green belt” of Iraq’s Karbala stands as a wilted failure…

“Iraq’s host of environmental problems, including drought and desertification, threaten access to water and livelihoods across the country.” 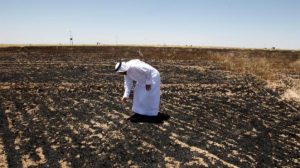 “Drought continues to plague Iraq as the Iraqi Ministry of Agriculture recently cut agricultural cropping in irrigated areas of the country to 50% less than the previous year due to shortages in surface water, according to a Global Agricultural Information Network report…” 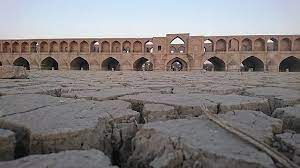 “Iran short of rain by 29%… Since the beginning of the current crop year (September 23, 2021), precipitation has dropped by 29 percent…

“During the current [Iranian calendar] month (started March 21), rainfall decreased by 88 percent compared to last year… According to the World Meteorological Organization’s multiannual forecast, in the next five years, Iran’s average rainfall will decline by 75 percent.” 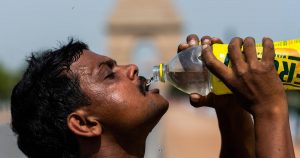 “The month of March this year was the hottest in 122 years since the India Meteorological Department (Met Department or IMD) started maintaining records… March heralded the early onset of summer, a trend that is becoming the norm.” 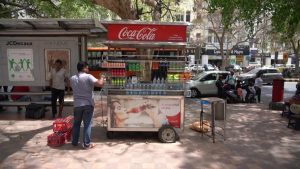 “India risks a repeat of last summer’s power outages as soaring temperatures boost demand for coal that’s used to generate about 70% of the country’s electricity… “This could become another stagflationary shock,” Nomura economists Sonal Varma and Aurodeep Nandi wrote…”

“A quick-thinking boy survived a killer landslide in the Philippines by jumping inside a fridge. Remarkable footage shows CJ Jasme, 11, being pulled to safety…

“Known locally as ‘Boy in the Ref’, CJ was at home with his family when a mudslide, triggered by tropical storm Megi, hit their village in Baybay City on Friday.” 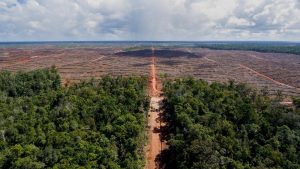 “The Indonesian government’s plan to administratively split the country’s easternmost region of Papua into five provinces, from the current two, has raised concerns that its forests and natural resources will be at higher risk of being plundered.”

“The report… paints a picture of a planet with deep problems, ranging from dwindling supplies of groundwater to oceans overloaded with microplastics, lakes choked with algae and waterways contaminated by mineral mining booms.”