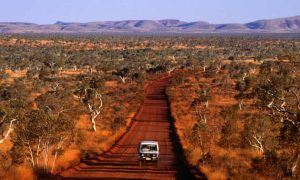 “Australia Ties Record for Hottest Southern Hemisphere Day – it topped 123 degrees Fahrenheit in Western Australia [50.7C], tying the record for the hottest temperature ever recorded in the southern hemisphere…

“Before this week, Australia has only crossed the 122-degree-Fahrenheit (50-degree-Celsius) mark three times in its history. Now, it’s happened at three locations in one day—and even more intense heat is on the way.” 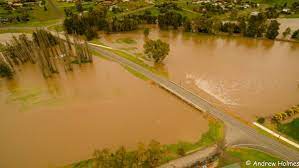 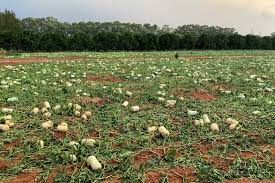 “Hail has torn leaves off plants, decimating crops in western Victoria [Australia]. Farmers across Ballarat are bracing for more rain as they sift through what is left in their paddocks.

“The damage is estimated to cost more than 25-million dollars so far.” 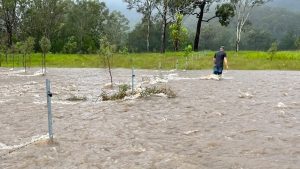 “A deep love of their animals has made the past three years of drought, fire and flood a traumatic experience for the couple. “I think if you’re a farmer, you have an innate love for animals and to see them suffering is incredibly hard,” she said.” 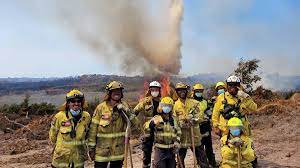 “Firefighters battling Northland’s biggest blaze in more than a decade are bracing for the possible onslaught of cyclone strength winds in coming days… In preparation for high winds, fire breaks had been strengthened so most were now 30m wide. In the most critical areas some were as wide as 60m.” 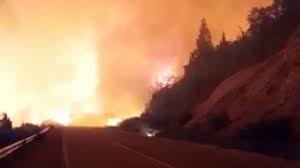 “The flames of the fire in Bariloche [Patagonia, Argentina] reached Route 40 and many people were stranded…

“The forest fire has been active for a month and the intense heat caused the fire to increase and reach National Route 40 that leads to El Bolsón, Rio Negro.” 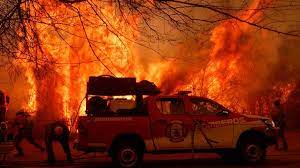 “The Government of Argentina declared on Wednesday the “igneous emergency” throughout the territory for a period of one year in order to adopt the necessary measures to “promote and attend imminently” the fight against forest, rural or grassland fires.” 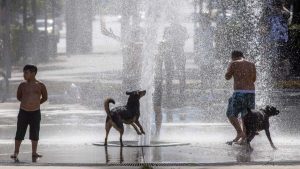 “On 13 January the heat was intense in Argentina with some exceptional temperatures:

“Today [Friday] the heat will be extreme and historic in Buenos Aires and Uruguay.” 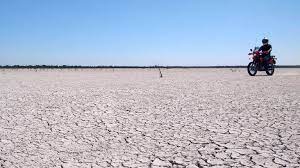 “The Paiva lagoon [Argentina] disappeared in the midst of extreme drought…

“Various images of the lagoon of Paiva, Santa Fe, completely empty began to circulate on social networks and generated concern among the locals. As it transpired, the water mirror of the disappeared as a result of the extreme drought…” 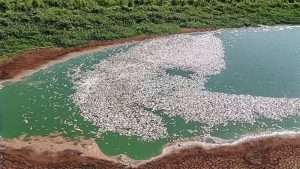 “The drought, the heat and the downstream of the Paraná River increased the mortality of fish and water turtles…

“Thousands of dead fish and a population of aquatic turtles decimated is the panorama that is observed in internal lagoons in the wetland of the Paraná Delta, in front of Rosario, due to the downstream of the river, the drought and the heat wave.”

“Brazil’s National Supply Company (CONAB) released its latest monthly estimate for the 2021/22 grain harvest, where December’s positive expectations were completely eclipsed by the heat wave which is severely affecting crops.” 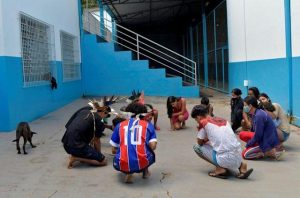 “Three years ago, the collapse of the tailings dam at an iron ore mine forced them to move their homes to higher ground. Now, the rain-swollen Paraopeba River has flooded their new village and left them homeless again.”

“The authorities of Panama reported on Wednesday that more than half a thousand wells have been drilled in agricultural areas of the country to face a possible prolonged drought this year.” 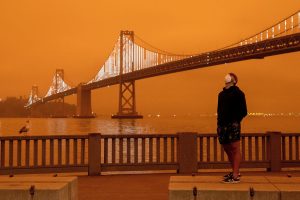 “Wildfires and rising temperatures are exposing more and more Americans to an air pollution double-whammy of smoke and smog, a new study warns.

“Researchers found that over the past 20 years, a growing number of people in western states have been simultaneously exposed to high levels of two kinds of air pollution: Fine-particle pollution generated by wildfires, and ground-level ozone.” 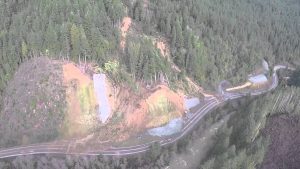 “Climate change causing not only more landslides, but bigger and deadlier ones…

“Portland, Oregon – The term “atmospheric river” is becoming more common these days. It is a weather phenomenon used to be called a “pineapple express.” No matter how it’s referred to, one thing is for sure, these systems carry a lot of landslide-causing rain.” 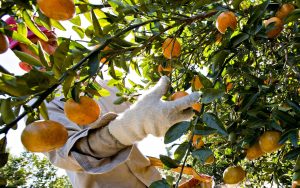 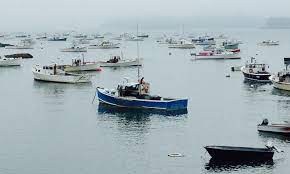 “The Gulf of Maine – which has been warming faster than 96 percent of the world’s ocean areas – experienced its warmest fall surface water temperatures on record last year in what scientists tracking it call a “distinct regime shift” for the ecosystem.” 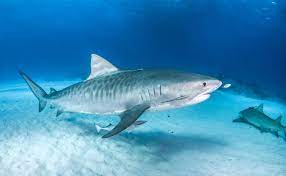 “While waters off the US northeast coastline have historically been too cold for tiger sharks, temperatures have warmed significantly in recent years making them increasingly suitable for the species, the researchers said.” 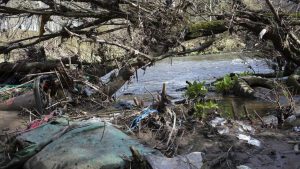 “No English river is free from pollution because a ‘chemical cocktail’ of wet wipes, sewage and car tyre particles is clogging up waterways and putting health at risk, damning report warns.

“Not a single river in England is free from pollution — with waterways fouled by a ‘chemical cocktail’ of raw sewage, slurry, oils, car tyre microplastics and wet wipes.” 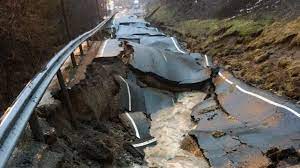 “Storm Gyda and an atmospheric river cause flooding and severe damage in Norway.

“In Norway, a powerful storm fueled by an atmospheric river wreaks havoc on strong winds and heavy rainfall. The storm, baptized as Gyda, caused abundant downpours that raised the flow of streams and rivers. Dozens of roads had to be closed due to damage caused by the storm.” 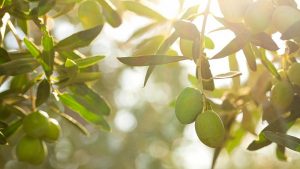 “Standing in his olive grove in Kalamata, Greek farmer Michalis Antonopoulos points to a series of branches bearing rotten fruit. These are the remnants of last winter – a season too warm and dry to produce Greece’s famous olive stock. The following summer saw the worst heatwave in decades…” 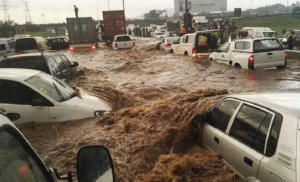 “The Eastern Cape has set the ball rolling to declare a provincial state of disaster following torrential rains that left 17 people dead.

“Tuesday night’s decision followed incidents of flooding and other natural disasters, including a tornado, that have affected most parts of the province over the past month, particularly over the past weekend.” 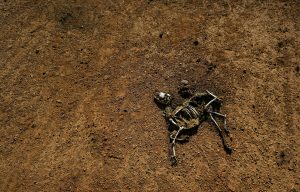 “Severe drought is affecting more than three million people in Somalia and southeast Ethiopia, says the aid group International Rescue Committee (IRC). The IRC says the two Horn of Africa nations are among 20 countries in the world most at risk for a worsening humanitarian crisis this year.” 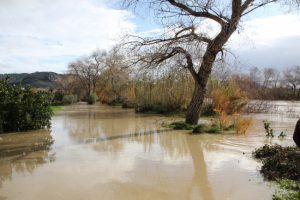 “Along with Manavgat, the Serik and Alanya districts were hit by heavy rainfall that led some streams to overflow their banks and damaged orchards in the region, while the basement floors of some buildings were inundated with floodwaters.” 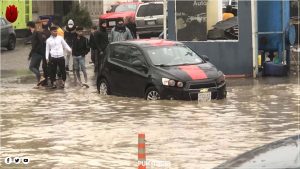 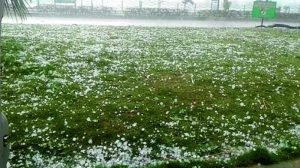 “Crops grown on more than 28,000 hectares of land bore the brunt of unseasonal rain and hailstorms in Maharashtra’s Nagpur division in the last few days, officials said on Thursday… nearly 70 houses were damaged…” 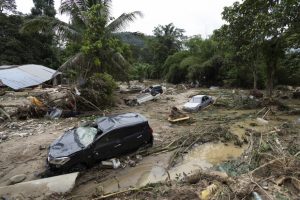 “The disruptions in the food supply chain – ahead of Chinese New Year next month and Ramadan in April – come after a series of massive floods devastated parts of Malaysia from Dec 18. Malaysia Federation of Vegetable Farmers Association president Lim Ser Kwee said many farmers were badly hit…” 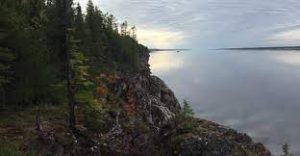 “New research… measures how the flow of the Yenisei River — the largest freshwater river that flows into the Arctic Ocean — has changed over the last few hundred years, and describes the impact freshwater has had on the Arctic.” 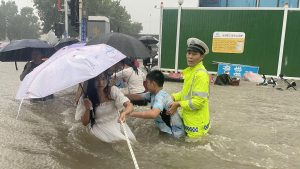 “Excessive rainfall can cause catastrophic socio-economic losses to a community or nation. An analysis of changes in gross regional product identifies ways in which extreme precipitation affects global economic productivity.” 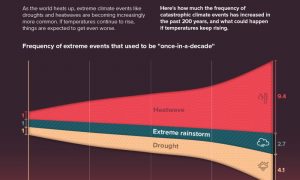 “The Accelerating Frequency of Extreme Weather. 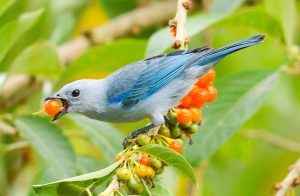 “Declines in bird and mammal species are making plant seed dispersal more difficult, which means plants can’t adapt as effectively to climate change… About half of plants rely on animals to disperse their seeds…”