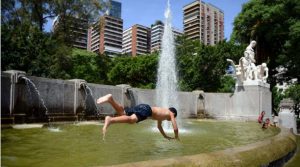 More to come; we may see higher temps by Friday. 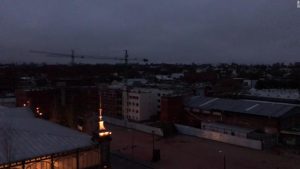 “With temperatures up around 45°C (113°F) in parts of the South American nation, hundreds of thousands of people were left without electricity when power grids failed in and around populous capital city Buenos Aires.” 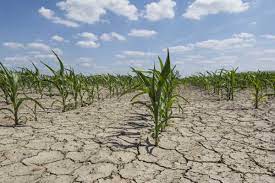 “This week’s extreme temperatures across the national agricultural zone have deepened fears about the water situation of soybean and corn crops… the government… on Tuesday announced emergency measures to alleviate the climate crisis.” 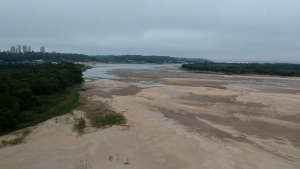 “The Paraná River Tuesday recorded once again a minus 46 centimeters downspout in front of the capital of the Argentine Province of Entre Ríos, thus repeating Aug. 18’s all-time low, Argentine Coast Guard confirmed, as the entire country goes through an unprecedented heatwave.” 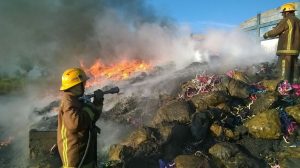 “Firefighters have been battling a raging forest fire in Villeta, Paraguay, for more than eight hours, as it spread through bushes and trees burning around 2,000 hectares.” [Video] 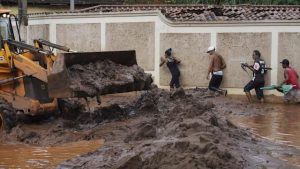 “Weather extremes in commodity powerhouse Brazil are reverberating through global markets, pushing up prices for everything from soybeans to metals.” 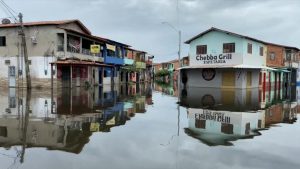 “Floods and landslides caused by torrential rains killed 10 people, including an 11-year-old girl, in two days in Brazil’s Minas Gerais state, an official report from the State Coordinator of Civil Defense said Tuesday, as it also warned of more intense downpours in the region.” 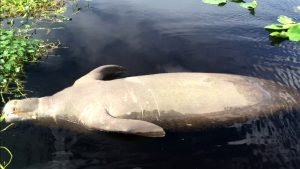 ““I’ve been studying manatees for around 50 years, and I am totally shocked and flabbergasted by this number,” James “Buddy” Powell, president of the Clearwater Marine Aquarium and executive director of its research institute, told the Tampa Bay Times.” 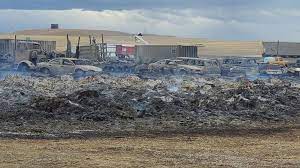 “The difference within any other December is abysmal. See NCDC graph and top 10 warmest December.” 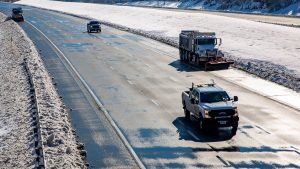 “Fifteen million Americans in 12 states were warned about wind chill today after temperatures plunged this week. The United States National Weather Service said wind chills of -35C to -40C were capable of causing “frostbite on exposed skin in as little as ten minutes”.” 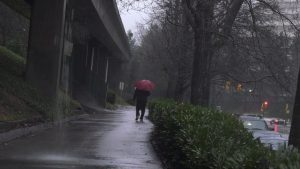 “The latest atmospheric river to wash over British Columbia was expected to soak parts of the south coast with as much as 150 millimetres of rain in a series of waves that won’t relent until Thursday, Environment Canada said.” 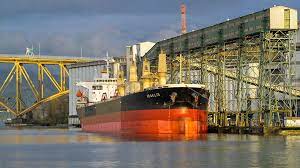 “Canada’s wheat exports are expected to see a sharp fall in this marketing year as the exportable surplus is seen tightening with output at lowest in more than 14 years amid one of the warmest and driest summers on record.

“Last year was officially the warmest in Montreal’s history… Legault says that “had it not been for this past July, which was colder than usual, 2021 would have shattered the record” rather than coming very close to the second and third place years.” 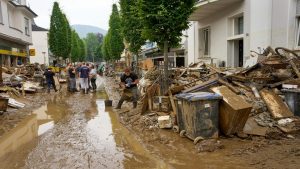 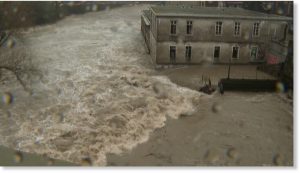 “A elderly woman has died, schools remain closed and transport services significantly disrupted after major flooding hit south west France… In Haute-Garonne and Ariège, the equivalent of one month of rainfall fell in 48 hours.” 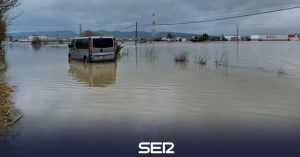 “The new floods in Navarre [Spain], a month after the historic flood, keep citizens on alert…

“This weekend the alarms went off again in Navarre before the sudden flooding of the rivers, a consequence of the rainfall of the last hours and the thaw. The increase in the flow has led the Government of Navarre to activate the pre-emergency level of the Special Flood Plan…” 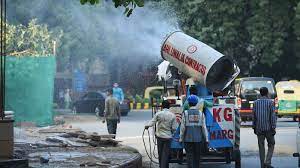 “India is failing in efforts to improve its toxic air quality, with the number of smog-plagued cities increasing since the launch of a national program to tackle the issue… More than 90% of India’s population lives in areas where air quality is below World Health Organization standards.” 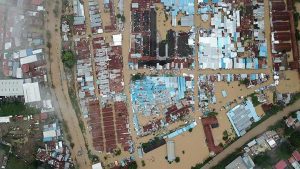 “Heavy rains have led numerous rivers to break their banks flooding entire areas of the province. In recent days, Sumatra (three children dead and 32,000 displaced) and North Aceh have also been hit. Unregulated deforestation and illegal logging at the origin of the floods.” 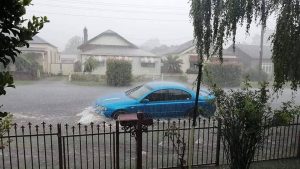 “The historic town of Lithgow [NSW, Australia] is cleaning up the damage from what locals describe as a storm so ferocious it flooded homes and businesses, on a scale never seen before.

“A weather system that moved from Dubbo to the east hit the main street early yesterday afternoon, and what unfolded caught most people by surprise. In as little as half an hour, more than 70mm fell [around three inches].” 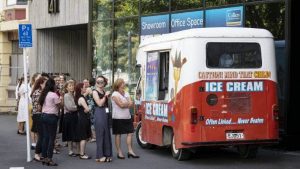 “The country saw an average temperature of 13.56 degrees Celsius, almost an entire degree above the 1981-2010 average. It’s the warmest since records began back in 1908, with the previous hottest year being 2016.” 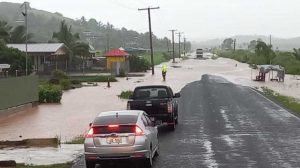 “Over 4,000 Fijians in evacuation centers due to tropical cyclone.

“Around 4,630 people were taking shelter in 162 evacuation centers across Fiji after TD03F, which later developed into Tropical Cyclone Cody, brought incessant heavy rain and floods over the last couple of days.” 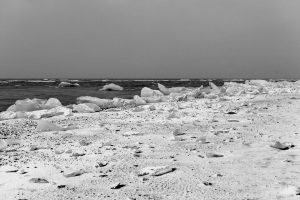 “Study finds recent growth and sudden declines in Antarctic sea ice to be unique changes since the early 20th century.

“A study led by Ohio University researchers shows that the increase of sea ice surrounding Antarctica since 1979 is a unique feature of Antarctic climate since 1905—an observation that paints a dramatic first-ever picture for weather and climate implications on the world’s southernmost continent.” 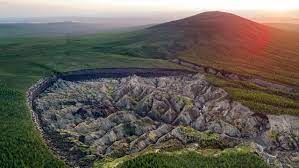 “In Yakutia, where the permafrost can be nearly a mile deep, annual temperatures have risen by more than two degrees Celsius since the Industrial Revolution, twice the global average. As the air gets hotter, so does the soil.” 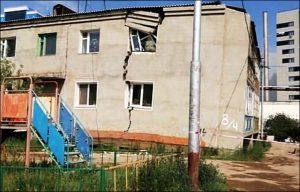 “Half the buildings, roads and other infrastructure in the world’s cold regions will be at risk within 30 years because climate change is thawing the permafrost beneath them… Already [scientists] have found 80pc of buildings in some of Russia’s northern cities showing signs of damage.” 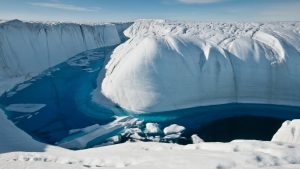 “The ice sheet in Greenland has shrunk for the 25th year in a row, according to new data from the UN. The report reveals that the melting season was initially delayed by late and heavy snowfall in June but followed a heatwave in July, leading to very large losses of ice.” 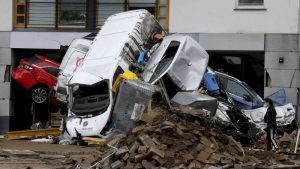 “The last seven years have been the warmest on record as planet approaches critical threshold.

“…the world is already feeling unprecedented effects of the climate crisis many are not prepared for, including significant melting events in the Arctic, deadly floods, unprecedented heat waves and historic droughts…. global greenhouse gas concentrations… continue to surge.” 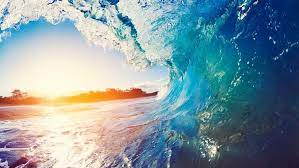 “The world’s oceans have been set to simmer, and the heat is being cranked up. Last year saw the hottest ocean temperatures in recorded history, the sixth consecutive year that this record has been broken, according to new research.” 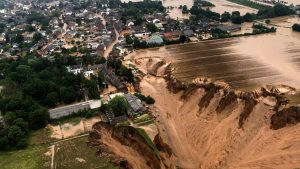 “The top 10 global weather and climate change events of 2021.

“The most extreme heat wave in modern history, a record four $20 billion-plus weather disasters, and the hottest month on record globally highlighted a remarkable year in weather and climate.” 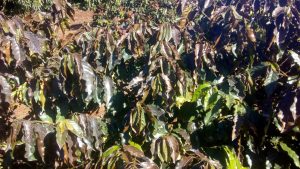 “A Big Reason for Rising Prices is the Weather…

“Wild weather around the world wreaked havoc on markets for raw materials, lifting prices for everything from electricity and heat to houses and breakfast cereal.”