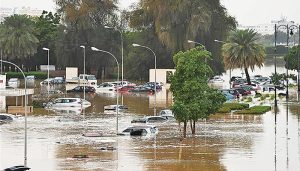 “Roads were filled with water, as cars became submerged, making travel impossible… Citizens have been advised to remain in their homes…”

“A Saudi man and his two teenage daughters died on Sunday after their vehicle was swept away by floodwaters in a valley in Balqarn Governorate in Asir region, media reported.” 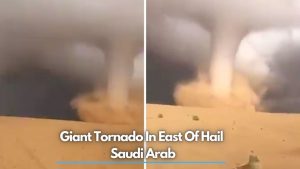 “The authorities explained that the weather phenomenon witnessed in Hail is rare, and is associated with severe thunderstorms, in which wind speed may exceed 60 km/h.” 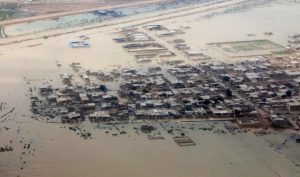 “At least eight people have been killed in flash flooding in Iran’s south due to heavy rains expected to last until later this week, state media has reported.

“A local official had said on Monday that at least two people were killed in flash flooding in the province. Heavy rain damaged “agriculture, infrastructure, urban and rural housing”, Azadi said.” 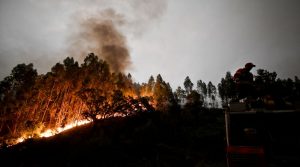 ““The fire had engulfed a large part of Garsoo forests. Fire-fighting operation was on yet so far the blaze could not be controlled,” they added.

“Reason of the fire was yet to be ascertained.” 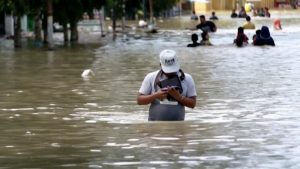 “About 24,000 people have been evacuated and two children killed in floods on the Indonesian island of Sumatra, authorities said Tuesday. 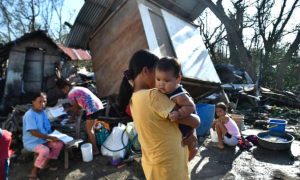 “Lost lives continue to climb two weeks on. Vast numbers of buildings were destroyed – from houses to schools; food crops lost to flooding. At first, I did not know what to feel – anger, helplessness? Later, I knew what I wanted: climate justice.”

“Siargao’s Sugba Lagoon before and after Typhoon Odette.

“In case you’ve already forgotten the extent and severity of Typhoon Odette, check out GMA reporter Nico Waje’s photos of Siargao’s famous Sugba Lagoon before and after the devastating typhoon…” 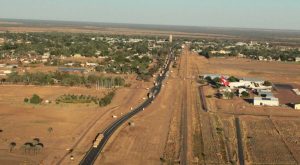 “Temperatures in Queensland Outback towns are climbing toward the mid-40s and one town ‘feels like’ nearly 50C with some places “on track” to break January records as a heatwave continues to develop across the state. 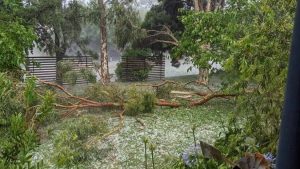 “There were reports of trees falling on homes and roads, fallen powerlines, localised flooding, and water damage across Canberra. ACT State Emergency Service have received 436 requests for assistance as of 6.30am Tuesday morning, 4 January.” 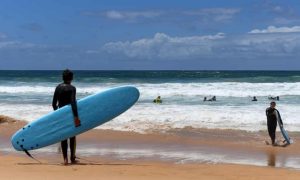 “Waters off Sydney are undergoing an extreme marine heatwave with temperatures likely at their highest levels on record for January. Satellite data is showing the ocean surface off the coast of Sydney at 3C above normal…” 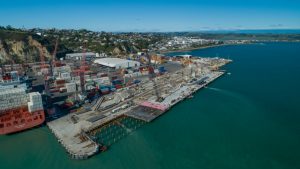 “The MetService agency reported that Taupo… reached 33.2 degrees Celsius on Tuesday, making it an equal-warmest January day since records began in 1950.” 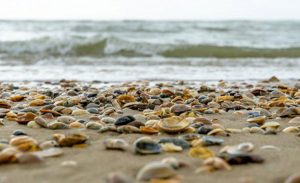 “Niwa climate scientists say New Zealand recorded four to five times more extreme high temperatures in the past decade than would be expected in a climate with no long-term warming….

“Even with climate change considered, New Zealand still had two to three times more extreme high temperatures than would have been expected in the past decade.”

“On Jan. 19, temperatures at the site in Punta Tombo, on Argentina’s southern coast, spiked to 44 C, or 111.2 F, and that was in the shade. As the team reports in a paper published Jan. 4 in the journal Ornithological Applications, the extreme heat wave killed at least 354 penguins…” 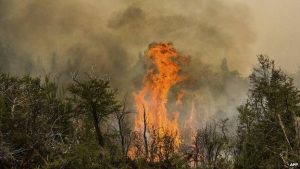 “In Patagonia, that ultimate wild frontier at the end of the world, the arrival of summer used to come as a blessing. Snow receded. Lakes filled with fresh, clear snowmelt… Recently, though, summer has become a cause for fear.” 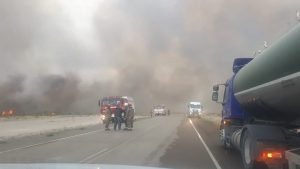 “In Argentina, fires have broken out in eleven of the country’s 24 jurisdictions, prompting the Ministry of Environment and the Federal Council for the Environment (Cofema) to declare a so-called “fire emergency” for 12 months.” 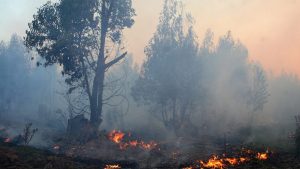 “The Ministers of Environment, Adrián Peña, and Livestock, Agriculture and Fisheries, Fernando Mattos, travel to western Uruguay to know the extent of the damage caused by the fires registered in the area, which affected 22,000 hectares in recent days.” 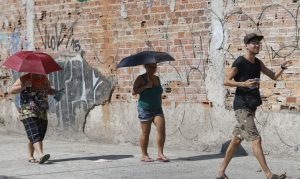 “According to the Brazilian meteorological agency, “an exceptionally hot air mass covers central South America, and prolonged dry weather, associated with prolonged drought, favors extreme heat in most of the region.”” 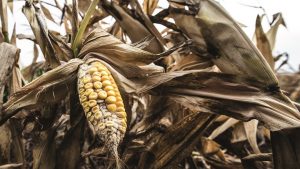 “Drought in Argentina and Brazil puts soybean and corn markets on alert.

“…the Office of Agricultural Risk (ORA) warned that the areas under drought conditions for early corn crops have increased in the last week due to the heatwave, with maximum temperatures above 40°, which was not accompanied by rains.” 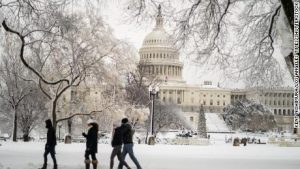 “From record high temperatures to snow, these [US] towns are shivering in shock Monday… Millions woke up this morning with a weather whiplash like no other…

“Dozens of high temperature records were broken over the weekend. Jacksonville, Florida hit a high of 84 on Sunday, breaking a record. It snowed in parts of the Florida Panhandle Monday morning.”

“2 days ago it was all air-conditioning and swimming pools in Southern Texas with an incredible record of 99F/37.2C (tbc). On 3rd January the very same station Falcon Lake dropped to a freezing 23F/-5.0C. From air conditioning to stoves in 2 days!” 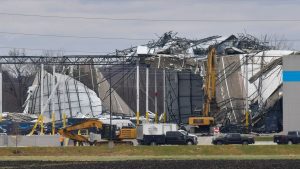 “Few people expect tornadoes in December, let alone one strong enough to collapse the 11-inch-thick concrete walls of a sprawling, new Amazon warehouse. But the EF3 tornado that wrecked the facility near Edwardsville, Illinois… could be a sign of things to come.” 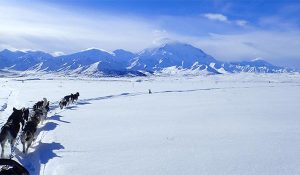 “Measurements from the park’s weather station, which has tracked weather since 1923, show just how snowy December was in Denali: 74.5 inches of snow fell this December through the 29th, making this the snowiest December on record.” 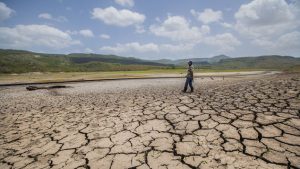 “Puerto Rico remains under drought patterns since May 2020.

“For the third consecutive year, Puerto Rico begins a new year under drought parameters, an event that has not been taking place on the island since 2015, according to the United States Drought Monitor (USDM). That year saw an extreme drought that caused multiple rationing.” 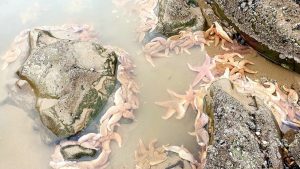 “Thousands of starfish killed by extreme weather are washed up on a beach in Wales after storms at sea.

“Beach-walkers were left horrified at the sight of large piles of the stranded sea creatures after they were tossed ashore onto rocks and sand. The Marine Conservation Society has said extreme weather is the likely cause of the starfish washing up…” 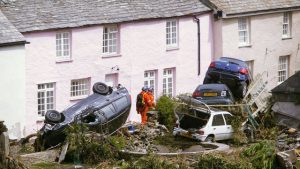 “The analysis, carried out by the Conservative-leaning thinktank Bright Blue, says that with increased flooding due to the climate emergency, the government must do more to improve the resilience of communities, businesses, and other infrastructure.”

“On 4th January The Principality of Liechtenstein had its hottest January day on records.

“The official station of the capital Vaduz (managed by Meteo Swiss) tied its monthly record with 17.9C, while the private station of Balzers Muhle (Wetterring net) rose to 18.2C with fohn.”

“On 3 January the Portuguese semi-autonomous territory of Madeira rose to 27.4C [81.3F] at Funchal Lido, therefore beating again the record of the highest January temperature on records.

“It had already beaten that of December.” 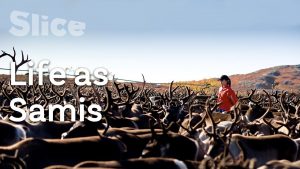 “A difficult situation for Jon and the Samis.” I really recommend giving this eight minute mini-documentary a watch, as it demonstrates, in visceral fashion, how climate change is impacting the far North.

Some of the footage is distressing, as the Sami lose many of their reindeer when a lake that should be frozen gives way beneath the herd. 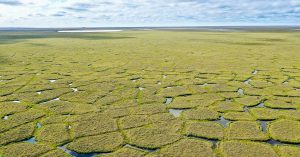 “Wildfires Are Digging Carbon-Spewing Holes in the Arctic…