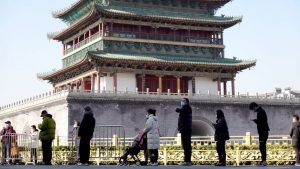 “Deep uncertainty looms over global economy in 2022… I cannot recall a previous time when there were so many big question marks looming over so many key economic issues.

“This deep uncertainty is especially intriguing with respect to financial markets. Should any of several developments to watch take a negative turn, the implications for today’s elevated markets could be dire.” 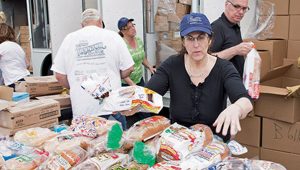 “America’s Hunger Pandemic Is Getting Worse…

“…a range of factors is still preventing many Americans from finding enough to eat. Those stresses continue to fall on the nation’s food banks. As Covid drags on, their mission is becoming harder and more expensive.” 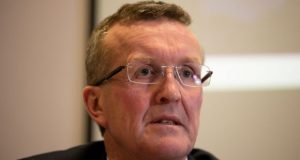 “Food prices ‘going to have to go up’, says Irish Farmers’ Association president.

“Irish food prices “are going to have to go up”, according to Irish Farmers’ Association (IFA) president Tim Cullinan, who also accused the Government of “talking at farmers” rather than negotiating with them in good faith.” 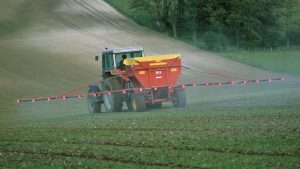 “Matt Culley, crops board chair at the National Farmers’ Union, said… “We are going to be running out of time soon. We are going to have some massive logistical problems in the spring even if farmers start [accepting] these higher prices,” he said.” 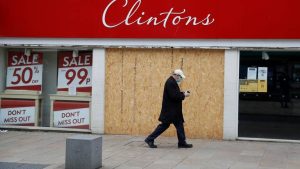 “Charity bosses say they expect the number of people in dire financial trouble to shoot up this year because of rising food and fuel bills, the coming National Insurance hike and October’s cut to Universal Credit.” 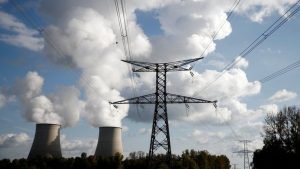 “Fury as EU moves ahead with plans to label gas and nuclear as ‘green’.

“The European Commission is facing a furious backlash over plans to allow gas and nuclear to be labelled as “green” investments, as Germany’s economy minister led the charge against “greenwashing”.” 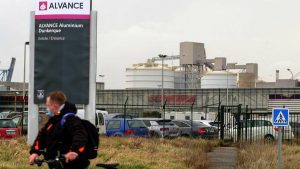 “The loss of so much primary capacity in Europe does not fare well for downstream mills and can be expected to support prices for both ingot and billets in 2022, in addition to conversion premiums, as downstream mills compete for primary metal supply.” 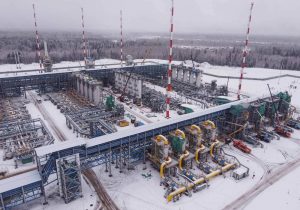 “Europe Sleepwalked Into an Energy Crisis That Could Last Years… the continent is grappling with a supply crunch that’s caused benchmark gas prices to more than quadruple from last year’s levels, squeezing businesses and households. 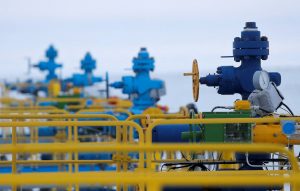 “The Yamal-Europe pipeline which usually sends Russian gas west into Europe was flowing east from Germany to Poland on Sunday for a 14th straight day, data from German network operator Gascade showed.” 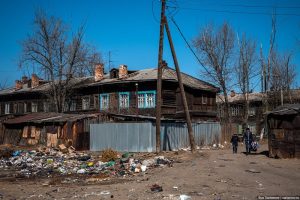 “Chita is one of many big cities in Siberia that have not been connected to Russia’s domestic gas network.

“Instead, coal-fired power stations heat the city centre, while residents of the suburbs fend off freezing temperatures by firing up furnaces, causing some of the worst air pollution in Russia.” 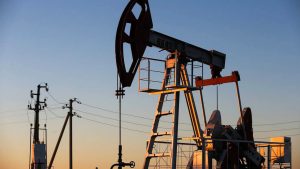 “Russia may be nearing the limit of its oil production capacity, according to recent media reports.

“Bloomberg reported that the country’s December oil and condensate output together totaled 10.903 million bpd, which was flat on November, suggesting it was using up all its available production capacity.” 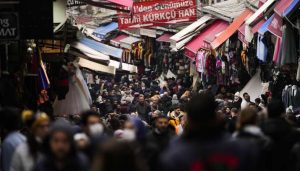 “The cost of electricity will soar as much as 130% for some households, the Haberturk newspaper estimated, as the country switches to a graduated tariff system.” 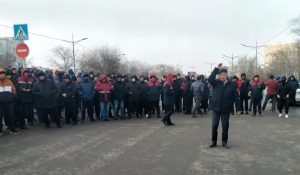 “Kazakhstan has begun the new year with a wave of demonstrations over fuel prices that began, alarmingly for the government, in the oil town of Zhanaozen, where protests spiraled into deadly violence a decade ago.” 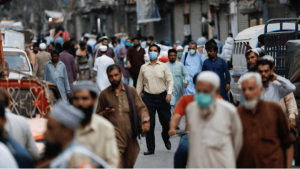 “Pakistan’s natural gas shortage is hurting its most important export industry, putting even more stress on an economy already struggling with accelerating inflation and a weakening currency.” 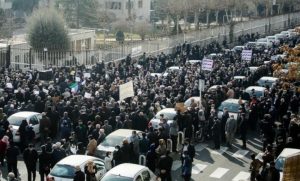 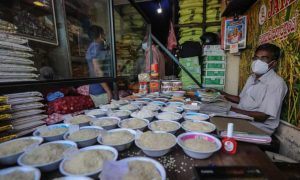 “‘There is no money left’: Covid crisis leaves Sri Lanka on brink of bankruptcy.

“Sri Lanka is facing a deepening financial and humanitarian crisis with fears it could go bankrupt in 2022 as inflation rises to record levels, food prices rocket and its coffers run dry.” 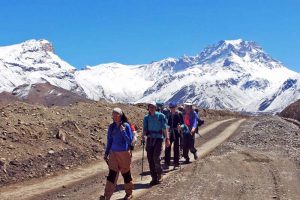 ““There was a hope that the industry would revive in 2021, (…) but it ended in disaster,” Nandini Lahe Thapa, spokesperson for the Nepal Tourism Board, told EFE.

“The sharp drop is partly due to restrictions in the Himalayan nation, which was forced to close its borders in March…” 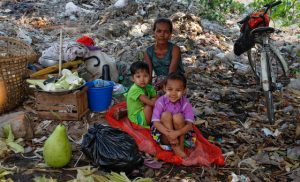 “People Of Myanmar Face Unprecedented Crisis In 2022, The U.N. Warns…

“The situation is escalating dramatically since the military takeover on February 1, 2021, and a severe Covid-19 outbreak. The report estimates that 14 out of 15 states and regions are within the critical threshold for acute malnutrition.” 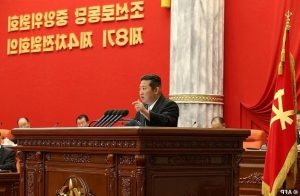 “North Korean leader Kim Jong Un put the economy front and centre of an agenda-setting speech at the end of a key ruling-party meeting, state media reported Saturday, with no mention of the United States.” 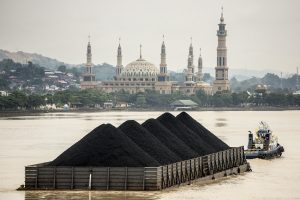 “Indonesia, the world’s biggest exporter of coal used in electricity generation, on Saturday said it has banned January exports of the fuel in a move aimed at safeguarding its domestic power supply.

“Rising demand for electricity in the country risks widespread blackouts unless more supplies are diverted to power stations, the Ministry of Energy and Mineral Resources said…” 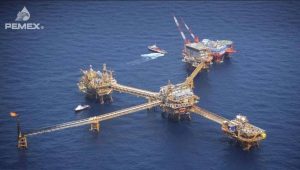 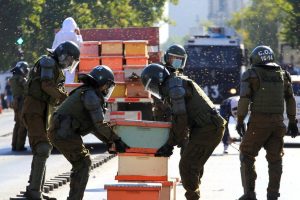 “Four beekeepers were detained after protesting in front of Chile’s presidential palace in Santiago on Monday, according to local officials, with seven police officers stung during the demonstrations.

“Honey production has been hurt by a long-term drought in Chile that has withered the bees’ food sources such as flowers and crops.” 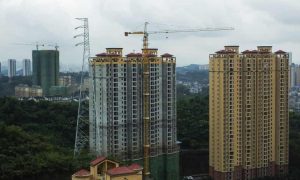 “Developers owe $19.8bn in dollar-denominated offshore debt in the first three months of the year as issues that blighted Evergrande spread.

“The crisis engulfing the Chinese property sector appears certain to intensify in 2022 as companies face debt repayments in the new year that are double those of the final months of 2021, risking what one China expert calls a systemic crisis for the world’s second-biggest economy.”

“The effective bailout is the latest move by the authorities to prevent an unprecedented cash crunch in the nation’s property sector from hurting economic growth and threatening financial and social stability.” 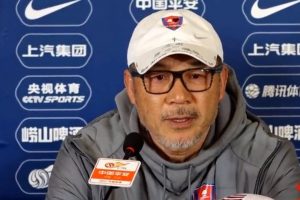 “Chongqing Liangjiang Athletic FC head coach Chang Woe-ryong was on the verge of tears after describing the year his club faces, unable to pay players and coaching staff, symbolic of a deep financial crisis within the Chinese Super League…

“Many CSL clubs have buckled under the financial stresses of their corporate owners, losing key players and unable to pay staff.”

“A sharp drop in US equity values prompts the Federal Reserve to suspend talk of interest rate hikes and to resume quantitative easing.”

You can read the previous ‘Economic’ thread here. I will be back tomorrow with a ‘Climate’ thread.