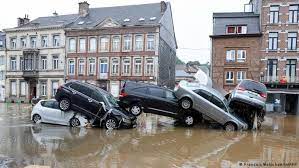 “The climate crisis took a catastrophic toll across the globe in 2021. From the Arctic to Louisiana and to China’s Henan province, signs that climate change is already altering our weather were everywhere.

“In the United States, historic flooding trapped and killed residents in submerged basements. In Canada, an entire town was erased by a wildfire fueled by extreme heat. Rain fell at the summit of Greenland…” 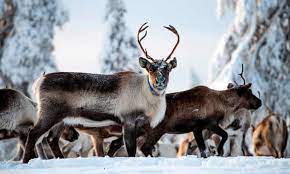 ““This new snow has no name,” said Lars-Anders Kuhmunen, a reindeer herder from Kiruna… “I don’t know what it is. It is like early tjaevi, which normally comes in March. The winters are warmer now and there is rain, making the ground icy. The snow on top is very bad snow and the reindeer can’t dig for their food.”” 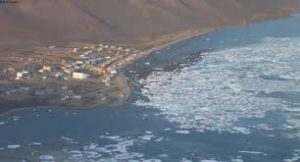 “It’s not only Greenland, but also the Arctic Canada with unusually high temperatures. 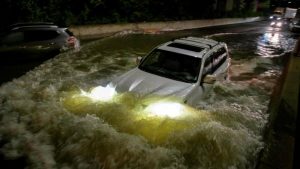 “10 Record-Breaking Moments [US] That Blew Our Meteorologists’ Minds in 2021.

“All-time United States weather records were set for a wide range of extreme weather in 2021, covering everything from temperatures parts of the country have never seen before to astonishing rainfall totals and a hurricane that gave us déjà vu. Here’s a look back…” 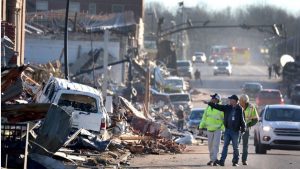 “Devastation from tornadoes that slammed parts of the United States this month will push the insurance industry’s 2021 bill for weather-related claims well above the predicted $105 billion… and premiums should rise on worries that climate change will drive more severe weather.” 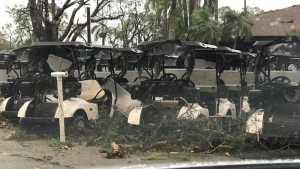 “Strong storms – including a tornado touch down – tore through Southwest Florida, leaving behind a trail of damage… The National Weather Service confirmed that a tornado did touch down in south Fort Myers at 6:25am…” 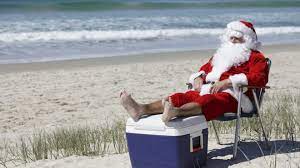 “Cities throughout the Southeast and south-central US may experience record heat over the Christmas holiday, according to AccuWeather, including Dallas, Houston and New Orleans.

“A high-pressure system in the Southeast and a spinning storm system over the Rockies two of the culprits for the unseasonably warm forecasts.” 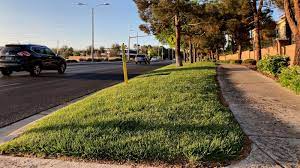 “Grassy yards would be banned at all new housing and commercial developments in the Las Vegas metro area as officials try to expand water use limitations and the region prepares for a hotter and drier future.” 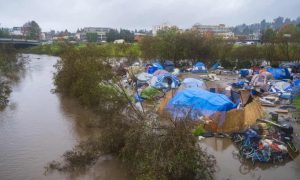 “Some possible hope in California as it battle back from extreme and exceptional drought. And it’s coming in the form of a lot of snow. The National Weather Service says snowpack over the Seirras has increased dramatically in just 7 days.” 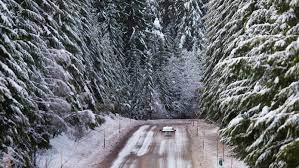 “Some parts of the West Coast could see a white Christmas after all, as heavy snow is predicted for areas with higher elevation in the region that could pile up as high as 10 feet.

“The snowy weekend storm is predicted to hit regions in close proximity to sea level, including in Washington and Oregon, as well as the central Sierra Nevada Mountains.”

“It could be the coldest Christmas in recorded history for Vancouver.

“As the Northern Hemisphere marks the first day of winter… The Weather Network says it’s watching for an “extraordinary stretch of frigid weather,” which could result in “the coldest Christmas on record for places like Vancouver.”” 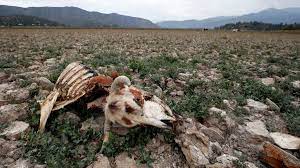 “With 13 years of consecutive drought, summer has arrived [in Chile]: The outlook “is not very encouraging”.

“The Meteorological Directorate confirmed that for the next few months the rainfall, already scarce, will be located “below normal ranges.” This year “we have had a third of the rain that we should have in the Metropolitan Region,” the Government warned.”

“The impact of the La Nina weather pattern that’s expected to roil global food markets in coming months is already showing up in parts of Brazil, the world’s biggest soybean exporter.” 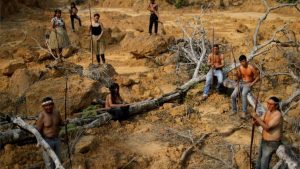 “Brazil: Deforestation in protected areas up 79% under Bolsonaro.

“A report by the Socioenvironmental Institute (ISA) released Wednesday has shown a 138% increase in degradation in indigenous lands and 130% in Conservation Units, (CUs) compared to three years before President Jair Bolsonaro took office.” 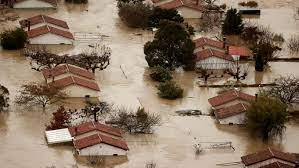 “…floods “of an extraordinary nature” caused by the flooding of rivers such as the Arga, Bidasoa, Ega or Ebro, which has resulted in two deaths from Sunbilla and Elizondo, which have affected residents of more than 70 municipalities…” 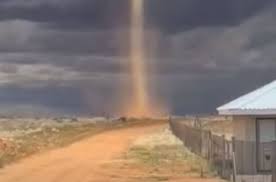 “A sand tornado and storm, caused by strong winds, swept through parts of the Northern Cape [South Africa] on Tuesday and Wednesday, and it looked like a scene out of a Mad Max movie…

“Human activities and global climate change have resulted in an increased frequency of dust/sand storms in various parts of the world.” 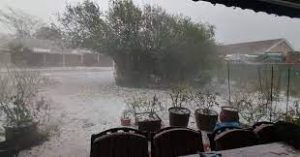 “Heavy winds accompanied the massive hail stones that pelted the city causing major damage as trees were uprooted, with some falling on power lines and leaving the affected areas without electricity.” 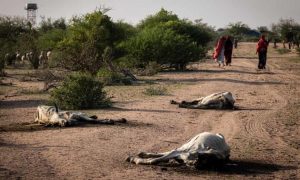 “‘Heading into the worst’: How drought drives conflict in Kenya…

“Esekon is one of an increasing number of pastoralist herders caught in a conflict along Kenya’s border with Uganda and South Sudan over dwindling natural resources, exacerbated by severe drought and hunger ravaging the region.” 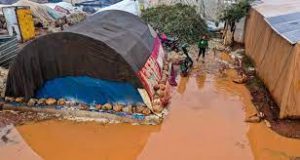 “Tents of at least 2,000 Syrians flooded by heavy rains in Idlib.

“Heavy rains that struck northwestern Idlib province for days have flooded thousands of tents in the displacement camps, as those trying to survive continue to face worsening humanitarian conditions.” 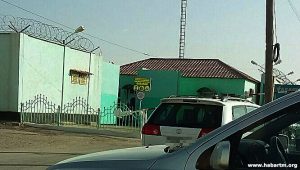 “Record warm spell in Central Asia, especially in Turkmenistan where the temperature rose to just a notch below 30C [86F]:

“29.8C at Tedzhen (Tejen). 28.2C in the capital Ashkabad. in Kazakhstan 17.5C at Shymkent. These temperatures are more typical of an October day.” 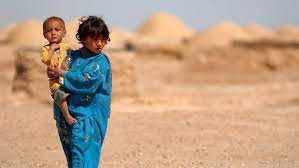 “Fed by rain and snowmelt from mountains, this valley nestled among northwestern Afghanistan’s jagged peaks was once fertile. But the climate has changed in the last few decades, locals say, leaving the earth barren and its people struggling to survive.” 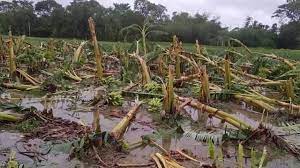 “Climate crisis has cost India 5 million hectares of crop in 2021. 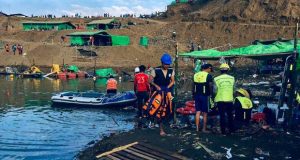 “One dead, dozens missing after landslide at Myanmar jade mine…

“Last year heavy rainfall triggered a massive landslide in Hpakant – the heart of Myanmar’s jade trade in Kachin state – that killed more than 170 people. Economic pressures due to the COVID-19 pandemic have drawn more migrants to the jade mines…” 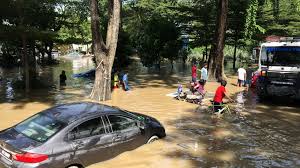 “Heavy rains that hit seven regions, including the capital Kuala Lumpur, last Friday and Saturday triggered the worst in the last 100 years floods amid fears that the calamity will recur in the future due to climate change.” 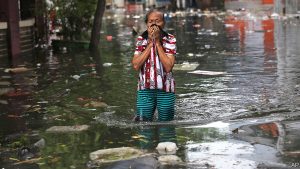 “For too long the densely populated capital has been the site of regular flooding… As spells of bad weather pick up in the country and around Southeast Asia, city administrators are bracing for another year-end full of disaster-mitigation efforts.” 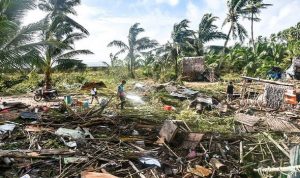 “Deaths from dehydration in Philippines amid water, food shortages.

“Two Filipinos who survived the devastation wrought by Typhoon Rai have died of dehydration, according to local media, as people in storm-ravaged areas pleaded for food and water and officials warned of potential looting…” 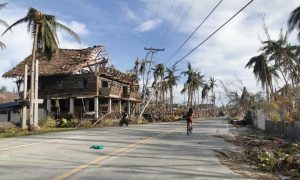 “Resort and bar owners on a Philippine island popular with surfers and tourists were expecting a bumper Christmas holiday after Covid-19 restrictions finally eased. Then Super Typhoon Rai wiped them out.” 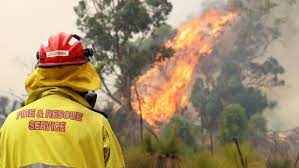 “A fire weather warning has been issued for parts of WA as residents across the State brace for a record-breaking festive season heatwave — and a potential tropical cyclone.

“The scorchingly hot conditions are expected to hit Perth on Friday — the first of a string of extremely hot days forecast for areas as far north as Shark Bay down to about Walpole this Christmas.” 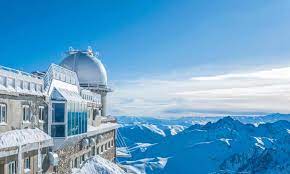 “From Mount Everest to the Mariana Trench, microplastics are everywhere – even high in the Earth’s troposphere where wind speeds allow them to travel vast distances, a new study has found.”

You can read the previous ‘Climate’ thread here. I’ll be back after Christmas, on the 27th or 28th with either a ‘Climate’ or ‘Economic’ thread, depending on which news-cycle is most active.

I wish you all a very happy holidays in the meantime!