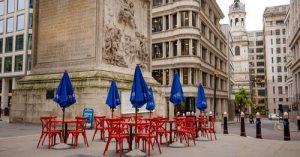 “The current reading is grim. It suggests the world economy is expanding just 0.7% in the final three months of the year, half the pace of the previous quarter and the rate of around 1% witnessed prior to the pandemic.” 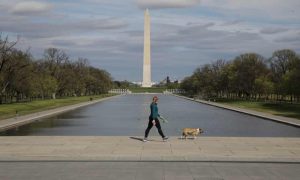 “The US recorded the lowest rate of population growth in its history in the first year of the coronavirus pandemic, according to the US Census Bureau. 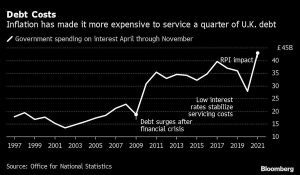 “U.K. debt costs are rising at the fastest pace since the aftermath of the global financial crisis, a potential headache for Chancellor Rishi Sunak as he faces pressure to spend more to help businesses weather the impact of the omicron variant.” 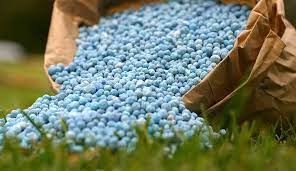 2Importers fear they may suffer losses if farmers hold back from buying or if prices suddenly drop, according to the Agricultural Industries Confederation. That’s compounding the logistical bottlenecks…” 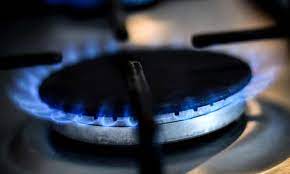 “UK households’ typical energy bill could rise to £2,000 a year…

“Millions of British households could face a 56 per cent rise in their energy bills from April, pushing them towards the £2,000-a-year mark, according to one of the bleakest estimates yet of how much consumer prices will have to rise because of continued volatility in wholesale commodity markets.” 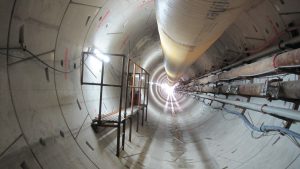 “As colder temperatures set in and flows from Russia to the Continent dropped, the UK gas price rocketed to a new high of 470p per therm on Tuesday – more than the previous record of 407p reached in October. At the same time, EU natural gas prices also hit a record…” 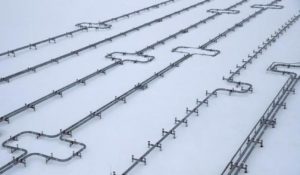 “…a pipeline [the Yamal] that brings Russian gas to Germany yesterday switched to flow east, a move the Kremlin said had no political backdrop… 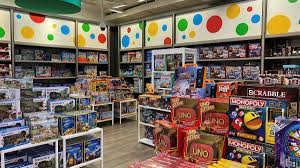 “German consumer morale will deteriorate further at the start of next year, a survey showed on Tuesday, as the COVID-19 pandemic and the rise of the Omicron variant push Europe’s largest economy to the brink of a recession during the winter.”

“Protests against COVID measures across Europe.” In pictures: 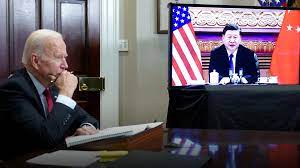 “China is experiencing a slow-motion economic crisis that could undermine stability in the current regime and have serious negative consequences for the global economy.

“Despite the many warning signs, Western analysts and policy makers are optimistic that Xi Jinping is up to the task of managing the crisis. Such optimism is misplaced.” 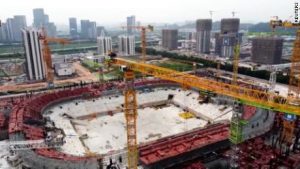 “The World Bank has cut its forecasts for China’s economic growth this year and next, as the world’s second largest economy faces mounting headwinds from the new Omicron variant to a severe property sector downturn.” 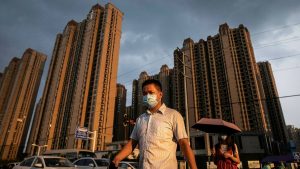 “Chinese property developers have been hit by record numbers of downgrades from international credit rating agencies this year, as Evergrande’s collapse fuels concerns over the health of China’s economy.” 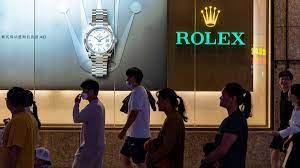 “China’s once enthusiastic property investors are turning their attention to luxury watches as a better store of value in the face of slowing economic growth and President Xi Jinping’s intensifying campaign against housing speculation.” 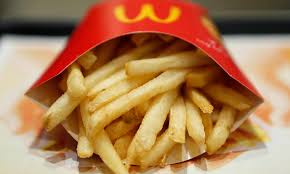 “A new kind of chip shortage has hit Japanese supply chains, with McDonald’s forced to ration fries as Covid-19 and floods in Canada squeeze potato imports.

“McDonald’s Japan said it would only sell small-sized french fries for a week from Friday to avoid shortages.” 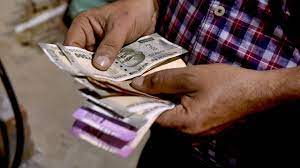 “The Indian rupee is set to end a tumultuous year as Asia’s worst-performing emerging market currency with foreign funds fleeing the nation’s stocks.” 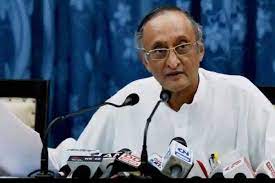 “Mitra, an economist by training said, India is already suffering from rising inflation and unemployment simultaneously.” 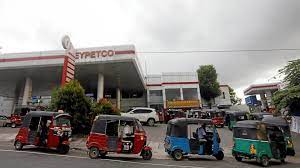 “Sri Lanka raised fuel prices Tuesday and warned of possible petrol rationing with importers struggling to pay for oil, in a worsening economic crisis that has also sparked food shortages.

“The move comes just days after international ratings agency Fitch downgraded the country over fears of a sovereign default on its $26 billion foreign debt.” 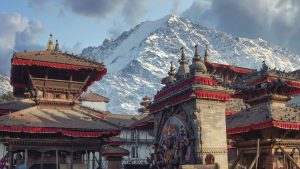 “In the last four months since the start of the fiscal year, remittances have dropped, imports have surged and foreign exchange reserves have depleted. The country is not seeing tourists due to the pandemic. A large amount of paddy crop was destroyed by October’s unseasonal rainfall.” 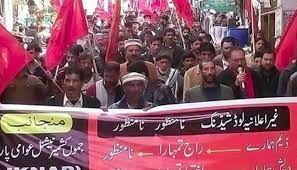 “With the Pakistan government not able to fulfill its promises to provide job opportunities in the ‘illegally occupied’ Gilgit Baltistan region, massive protests were witnessed against the Imran Khan-led regime over inflation and unemployment.” 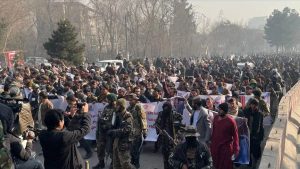 “Protests Erupt in Afghanistan Over US Freezing of Funds.

“The protesters chanted anti-America slogans and gathered in front of the shuttered U.S. embassy in the Afghan capital, with banners reading, “Give us our frozen money” and “Let us eat.”” 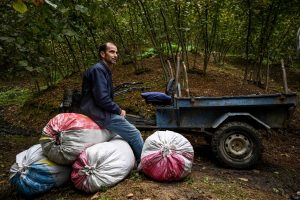 “The cost of seeds, pesticide and fertilizer — the latter of which tripled from $215 a ton in 2020 to $650 a ton this year — has made farming too expensive, and some farmers have already shut down and gone to work in textile factories.” 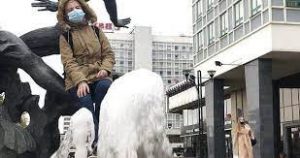 “They are fleeing not from the war’s horrors, which drove hundreds of thousands to Europe in the massive wave of 2015, but from the misery of the war’s aftermath. They have lost hope in a future at home amid abject poverty,  rampant corruption and wrecked infrastructure…” 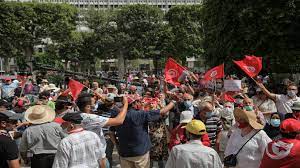 “Tunisia to cut subsidies, raise taxes and freeze pay in 2022. 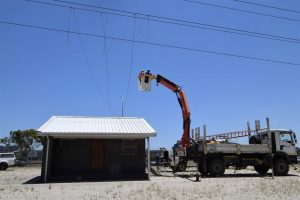 “The mayoral committee member for water and waste services, Zahid Badroodien, said overflows have been reported at some pump stations, including Thibault in the CBD (affecting the parking area), the Jan Smuts pump station, Long Street, Beta Road in Bakoven and Clifton.” 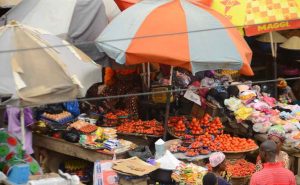 “Except for rice and beans, all staples that are usually included in most Mexicans´ food basket have shown significant increases in prices, ranging from 20 to over 100% annually as a result of a set of factors including climate change, distribution and increased cost of transportation.” 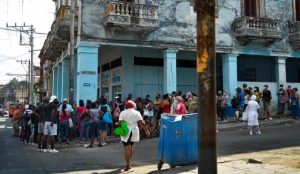 “Cuba’s ailing, inefficient state-run economy shrank 10.9% in 2020 as the pandemic shuttered tourism, coupled with harsh new sanctions imposed by the Trump administration that withered foreign exchange. Officials expect it to recoup just 2% in 2021.” 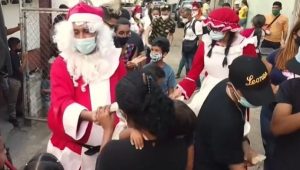 “…the dollar bills circulating all across the country might as well show the Grinch instead of Washington this year. The government’s loosening of controls on dollars may have made them easier to get, but it has also made them less valuable in Venezuelan shops.” 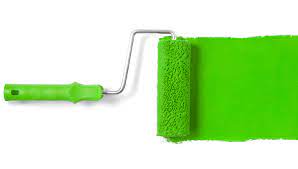 “The green debt market is growing at a much faster pace than the real-world projects it was created to support, thanks to some financial engineering.

“…a growing chorus of auditors, researchers and climate activists warn that the numbers provided by bankers offer an exaggerated picture of their role in fighting climate change.” 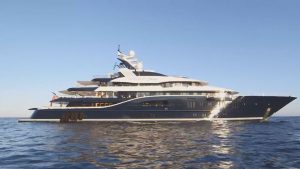 “More than 1,000 superyachts are now in production or on order, as the global ultrarich seek refuge from crowds and Covid-19 on their nine-figure floating palaces… “The shipyards are very full,” said Jonathan Beckett, CEO of Burges…” 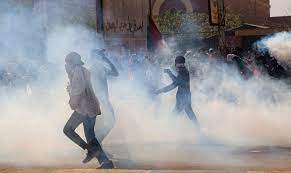 “The pandemic may have dominated headlines again in 2021, but the most significant mobilizations around the world address systemic grievances [I’m afraid we ain’t seen nothin’ yet.]

“Despite a global pandemic limiting movement and gatherings for the second year running, citizens around the world have continued to take to the streets to voice their concerns.”

You can read the previous ‘Economic’ thread here. I’ll be back tomorrow with a ‘Climate’ thread, which will probably be the last one before Christmas. I can feel the news cycle already starting to slow down a little but if any huge stories break I will find time to post them.