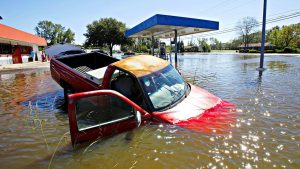 “We found more than half of the nation’s 344 climate divisions had their wettest periods on record since 2018. We calculated the same rolling averages for states.

“East of the Rockies, more rain is falling, and it’s coming in more intense bursts,” our report finds. “In the West, people are waiting longer to see any rain at all. Taken together, the reporting reveals a stunning shift in the way precipitation falls in America.” 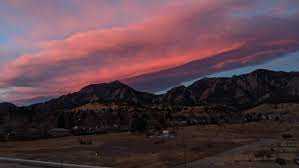 “After the driest November in 90 years, fire officials state wide [North Carolina] are asking people to be on alert.

“Fire officials are encouraging everyone to avoid fires if possible, and to make absolutely sure you have a charged fire extinguisher, or plenty of water or sand, to put any fire you do start out.” 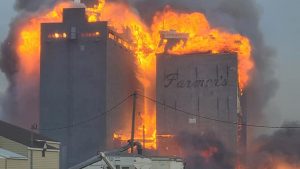 “Prairies on Fire in Montana Amid a Record December Heat Wave.

“Two dozen homes and businesses burned in the town of Denton as unseasonably warm temperatures descended from the Great Plains to the Mid-Atlantic.” 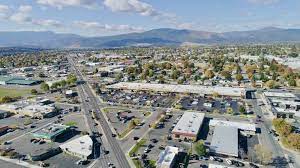 “Much of the western half of the US has seen temperatures 35F (19C) above average for this time of year in the past days, with Wednesday bringing the hottest December weather on record for Montana, Wyoming, Washington state and North Dakota.” 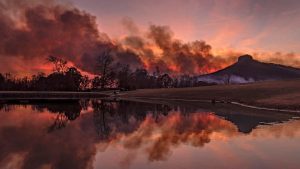 “It’s December and it hasn’t snowed in Denver yet. That’s never been recorded.

“Snowless in Colorado? No, this is not a follow-up to the Tom Hanks movie “Sleepless in Seattle,” but rather a real-life drama unfolding across the state with very real-life consequences. It’s been 224 consecutive days (and counting)…”

“With ‘jaw-dropping,’ ‘astounding’ and ‘extraordinary’ weather, Vancouver just had its rainiest fall ever.

“Vancouver saw weather bombs, seven atmospheric rivers in a month and a tornado, among other things. And along with all of that came the rain.” 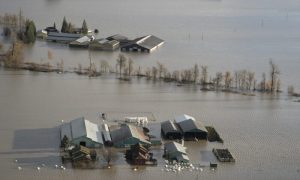 “Farm Animals Died by the Hundreds of Thousands in Canada Floods. 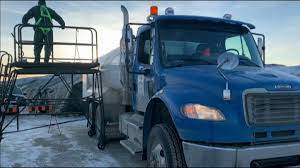 “You can tell that the ongoing water crisis in Iqaluit is beginning to wear on people. Fifty-one days without being able to drink the water will do that to a community.” 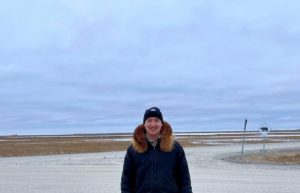 “The unusually warm weather hanging over the Kivalliq region of Nunavut is poised to end this weekend, but the lingering effects of the warmest fall on record for many communities have yet to be seen.

“October brought record-setting heat to many parts of the Arctic, prompting some people in Arviat to swap their winter boots for rubber ones and don shorts to go skating… little ice has formed on Hudson Bay.” 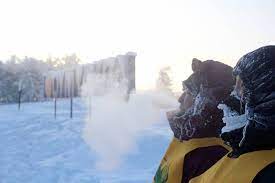 “Kids have been sent home from school over fears they could freeze to death after temperatures plunged to a bone-chilling minus 60°C in the world’s coldest town.

“Temperatures have dipped so low in the far-flung village of Oymyakon in the Russian region of Yakutia that hot water instantly turns to ice when flung in the air – making for a dramatic display.” 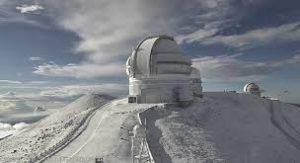 “Hawaii under blizzard warning as 12 inches of snow and winds up to 100 mph expected.

“The National Weather Service has issued a blizzard warning until Sunday morning on the Big Island of Hawaii. The warning remains in effect from 6 p.m. Friday until 6 a.m. Sunday as up to 12 inches or more of snow is expected on the island.” 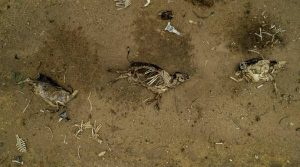 “A Slow-Motion Climate Disaster: The Spread of Barren Land.

“Brazil’s northeast, long a victim of droughts, is now effectively turning into a desert. The cause? Climate change and the landowners who are most affected.”

“The Trinidad and Tobago Meteorological Service said November 2021 has been the driest November on record for Tobago… in the agency’s 76 years of recorded rainfall history. 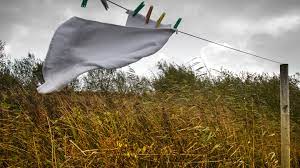 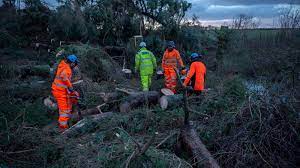 “…more than 10,000 homes across the UK are still without electricity due to the “catastrophic damage” caused by Storm Arwen a week ago…

“The regulator Ofgem has launched an “urgent” review into the response of energy network companies to the storm – while the army has been deployed to help residents in Scotland and Durham who have been left without power for a week.” 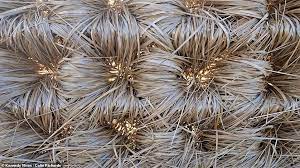 “Storm Arwen has created a ‘masterpiece’ among its trail of devastation – by blasting tonnes of grass so hard the blades wove themselves so perfectly onto a fence that passers-by thought it was handmade.

“Landscape photographer Colin Richards braved the weather on November 28 to walk up Mynydd Pwll-yr-Iwrch, south Wales, when he came across an ‘unbelievable’ sight…” 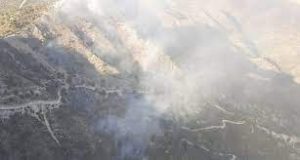 “A forest fire has been declared at noon this Friday in the Pico Cisne area of the municipality of Cómpeta , in Malaga [Spain].

“The official Twitter account of the Andalusian Fire Prevention and Extinction Plan reported at 2:16 p.m. of said fire, whose smoke is already visible even from the provincial capital.” 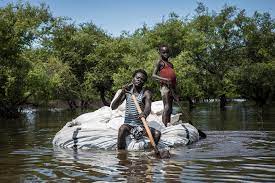 “…the floods have left a trail of food shortages, caused malnutrition in children and increased the spread of diseases such as malaria.”
https://www.voanews.com/a/floods-cut-off-communities-in-south-sudan-s-unity-state/6339189.html 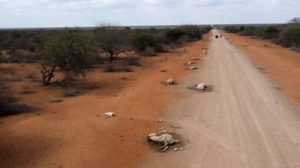 “At least 26 million people are struggling for food following consecutive poor rainfall seasons in the Horn of Africa.

“Drought conditions in northern Kenya, much of Somalia and southern Ethiopia are predicted to persist until at least mid-2022, putting lives at risk. The situation is already so bad that wild animals are dying…”

“2 days of December and already 4 Countries setting or tying a national monthly record of highest temperature!

“There is no 4 without 5…Indeed, Today 2 December Kyrgyzstan was the 5th country to set/tie a national monthly record of highest temperature this month. 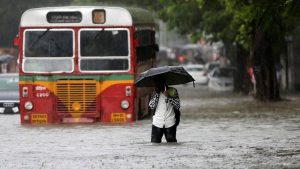 “Explained: Why Mumbai has received highest-ever single-day rainfall during December. 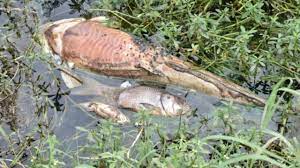 “Hundreds of fish die in Jakkur, Rachenahalli lakes [Bengaluru, India]… The record rainfall over the last two months has not only affected the lives of city dwellers, but also the aquatic life in many lakes.

“Witnessing a heavy influx of floodwaters mixed with sewage, several lakes in the city are reporting the death of aquatic animals.” 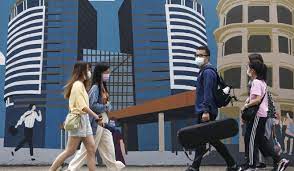 “Hong Kong has its third-warmest autumn on record, Observatory says.

“September had 15 ‘very hot days’ this year, the most yet recorded, according to the weather forecaster. November had 230 hours of sunshine, 35 per cent more than the norm over the preceding 30 years.” 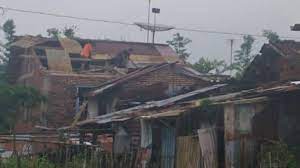 “The storm damaged a number of houses, with roofs being torn off by the force of the wind. No warning was given, meaning residents were unable to take shelter or precautions.” 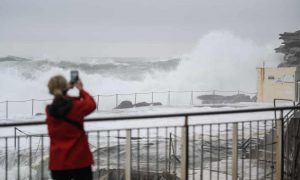 “The Bureau of Meteorology briefed the meeting of premiers, chief ministers and the prime minister on 5 November about the high-risk weather facing the nation until April.” 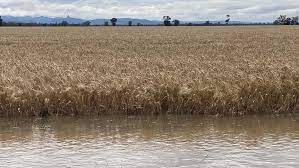 “Severe flooding episodes across vast swathes of eastern Australia this week show no signs of relenting as costs to farmers continue to mount, with another bout of heavy rain on course to hit the already sodden growing regions over this weekend.” 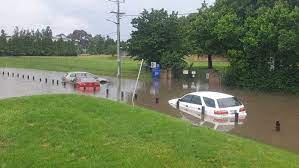 “Apple and cherry grower Howard Hansen said a third of his apple crop, worth $1.2 million, was completely wiped out.” 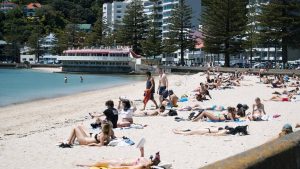 “It surpassed November 2019 as the warmest on record, and three of the four warmest Novembers have now occurred since 2013… Twenty-six locations experienced the highest or second-highest warmest temperatures for spring on record.” 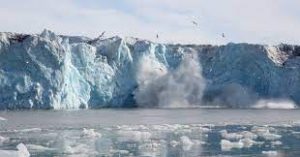 “As the world’s temperatures rise, tidewater glaciers are receding and melting, releasing air trapped in the ice. Scientists can listen to the release of the air and potentially use the sounds to help them gauge the impact of climate change on the ice floes.” 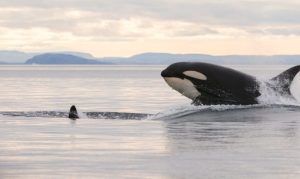 “Orcas are spreading further into the Arctic Ocean as sea ice melts.

“Orcas – also known as killer whales – used to be unusual visitors to the Arctic Ocean off Alaska, but they are becoming more common there, which might be bad news for local ecosystems.”