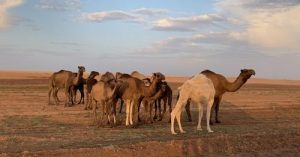 “Camels weep as their young perish in Syria’s killer drought…

““There is no rain, no water,” said Ayash Shalhoub, a Bedouin camel herder whose tribe has bred camels for centuries. “No rain means no vegetation, hence no food for our camels. If things continue this way, neither our animals nor we can survive,” he told Al-Monitor on a recent afternoon.” 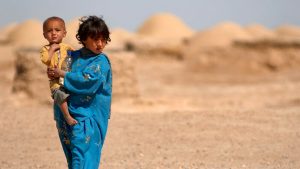 “Afghanistan: Millions at risk of starvation as vital seeds go to waste in warehouses…

“More than half of Afghanistan’s population is predicted to face acute hunger this winter as drought and a crumbling economy are causing an unfolding crisis.” 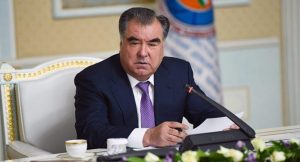 “For the first time in 2009, President of the Republic of Tajikistan Emomali Rahmon has first proposed on the need to create a special international fund for the protection of glaciers…

“The President of Tajikistan noted that climate change is adjusting our daily life, primarily through the impact on water resources. One of the main indicators of this process is the intense melting of glaciers…” 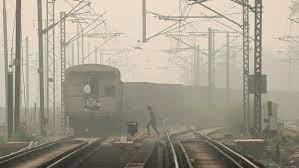 “India’s federal pollution control board on Friday ordered states and local bodies to be in “complete readiness” for emergency measures to tackle New Delhi’s worsening smog conditions due to a drop in temperature and wind speeds.” 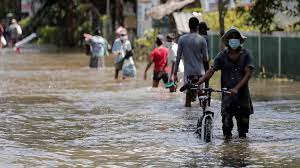 “Torrential rains continue to cause damage and deaths in in 17 districts with more than a thousand houses badly damaged. In Jaffna province, schools are closed. After people “started to breathe” following the worse of the COVID-19 pandemic, “this huge loss” came.”

“Deforestation in Australia: a wanton assault on wildlife – in pictures. 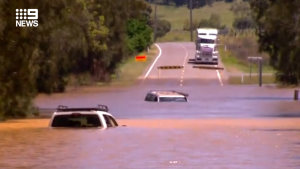 “Days of heavy rain across south-eastern Australia have caused rivers to surge and break their banks, flooding swathes of New South Wales and Victoria.” 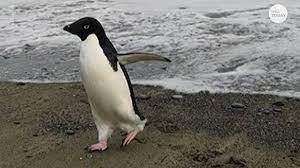 “Its arrival is a reminder of the threats the birds face from warming waters, increased competition over food supplies, and changed habitats.” 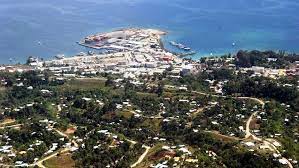 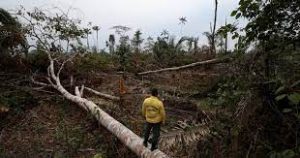 “Deforestation in Brazil’s Amazon rainforest rose in the month of October compared with last year, according to satellite images, in contradiction of pledges by the administration of President Jair Bolsonaro that it would do more to curb illegal deforestation in the area.”

“Terrible drought: critical situation in Río Negro [Argentina] due to lack of rainfall.

“The drought in Río Negro worsens, a group of professionals linked to INTA-Bariloche prepared a document on the situation due to the lack of rain in Rio Negro in September and October of this year.” 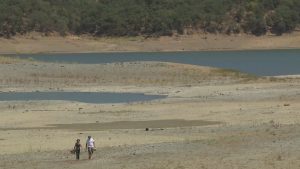 “Lake Mendocino, once a plentiful reservoir nourishing the vines and villas of Sonoma and Mendocino counties, today is little more than a large pond, cowering beneath the coastal hills.” 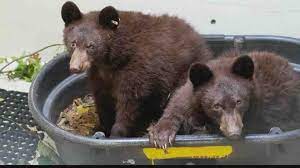 “A pair of bear cubs were reunited after they had been separated while they recovered from the 25 Mile wildfire that burned in Chelan County his summer.” 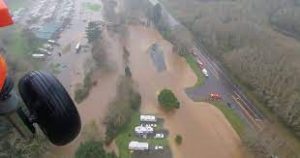 “The U.S. Coast Guard has used two helicopters to rescue about 50 people from rising waters at an RV park on the Oregon Coast Friday as heavy rains in the Pacific Northwest prompted warnings of floods and landslides.” 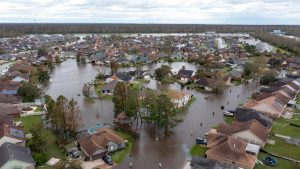 “Operators of the Millstone nuclear power complex in Connecticut were too late in activating storm protection protocols when the remnants of Hurricane Ida hit the East Coast in September, resulting in minor flooding at the plant, federal regulators said Friday.” 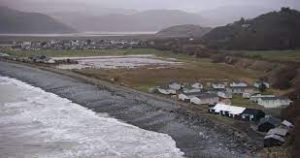 “…in 2014… authorities identified Fairbourne as the first coastal community in the U.K. to be at high risk of flooding due to climate change.” 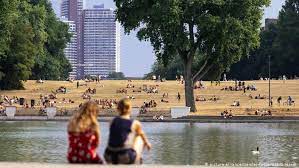 “Europe, in fact, has already passed the 1.5-degree C threshold and is currently 2.2 degrees C warmer than it was before the industrial revolution, Samantha Burgess, deputy director for climate change services at the European Earth observation program Copernicus, said…” 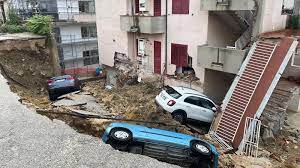 “The Agrigento area of Sicily has been hammered by heavy rains leading to widespread flooding and landslides on the southwest coast of the Italian island… , there are also emergency situations in Sciacca, Menfi, Ribera, with rescue operations and evacuations carried out throughout the night…” 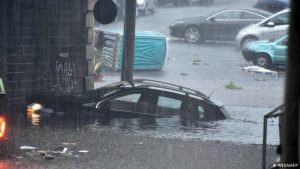 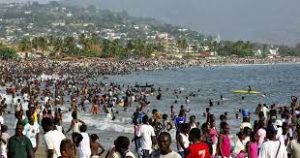 “In sub-Saharan Africa… there is hardly any data and researchers believe estimates are understated, frustrating hopes for meaningful public policy. But at least one African city is taking steps to fix the anomaly…”

“It has been very hot in the Southern African highlands. 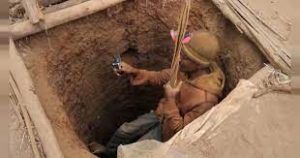 “According to the U.N., climate change has caused such widespread drought and famine that people living in Madagascar are forced to cut down trees to sell coal and engage in activities like illegal mining. Deforestation has also affected the country badly…” 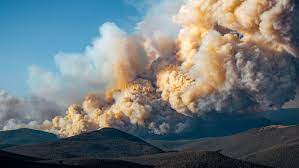 “Many scientists have identified links between air pollution in various forms, including from forest fire smoke, and an increased risk and prevalence of adverse health effects, including brain disorders.”

“Wildfires Could be Pumping 3x More Soot to the Arctic Than Previously Thought, New Study Finds.

“…new research published in the journal Atmospheric Chemistry and Physics Thursday found that wildfires may be putting three times more black carbon into the Arctic atmosphere than climate models indicated.”