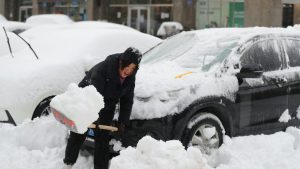 “Parts of China’s northeast region are facing the worst snowfall in 116 years as a result of unseasonably early winter storms, resulting in significant disruption to daily life.” 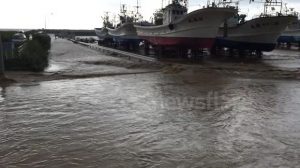 “Northern Japan’s Hokkaido has been shattering rainfall records this season.

“On November 2, the town of Kikonai had 55mm [2.2 inches] in 10 minutes, making it the NATIONAL RECORD for the duration. The precipitation seems to have included hail.” 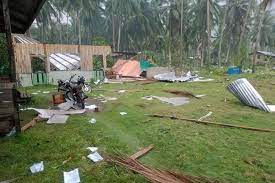 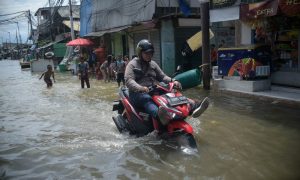 “Several parts of Jakarta, Indonesia were hit by heavy rainfall and flooding in recent days resulting from the La Nina weather phenomenon.” 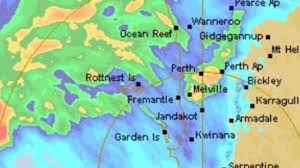 “Perth has been soaked by about twice the amount of rain it would get usually get in the whole month of November… and a new daily record for the month since records began in 1880.” 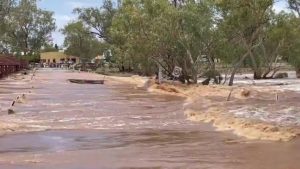 “Australia is on flash flood alert and braced for a record-breaking deluge with storms set to unleash a torrential drenching over the eastern half of the country.

“Samuel Hill on Queensland’s Capricorn Coast, was hit by a staggering 340.8mm [13.4 inches] of rain in the last 24 hours, with more on the way elsewhere.” 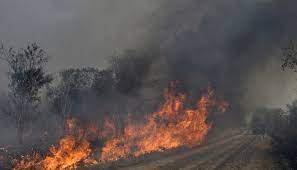 “According to the NGO Global Forest Watch, Bolivia in 2020 became the country with the third-largest loss of virgin forest after Brazil and the Democratic Republic of Congo — passing Indonesia for the first time. It is a vicious cycle of climate change fueling forest fires, and vice versa.”

“More than 70 percent of the world’s tropical glaciers exist in the country, providing vital water for farming and drinking. The glaciers are melting at an alarming pace as one third have melted in the space of a decade.” 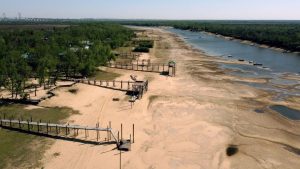 ““If we don’t cut consumption by 20 percent, we will run out of water.” The headline is emblazoned on the homepage of water supply company Sanepar in the southern state of Paraná, which is enduring its fiercest water crisis on record — now lasting for over two years.” 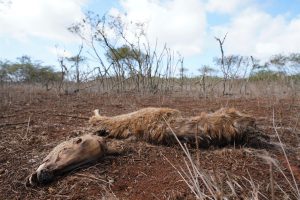 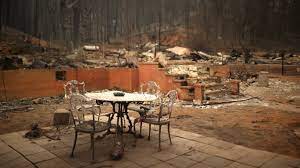 “The moratorium, issued by Commissioner Ricardo Lara, requires insurers to retain these policyholders for a year and covers people who live near some of the largest wildfires of 2021, including the KNP Complex in Sequoia National Park.” 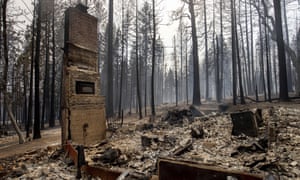 “‘We dread summers’: dangerous ‘fire weather’ days are on the rise in northern California…

“Across the Sierra Nevada foothills, fire weather is increasingly becoming a distressing reality of life. Over the last half-century, global heating has dramatically increased the number of annual fire-weather days in the region…” 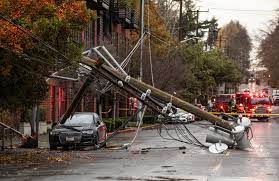 “A tornado warning, heavy rain, hail, high winds, severe thunderstorms, snow and a small earthquake were a part of a mixed bag of events that occurred during a dramatic Tuesday in Washington state.” 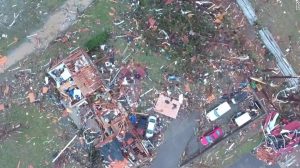 “Climate change is leading to warmer winters across the Mid-State. This season La Nina conditions are also in place, which increases the likelihood of a “warmer” trend this winter… [this]… increases our risk for both severe thunderstorms and tornadoes…” 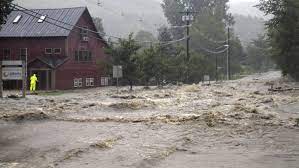 “The University of Vermont study finds the state’s average annual temperature has warmed by nearly 2°F, and precipitation has increased by a whopping 21%, since 1900.” 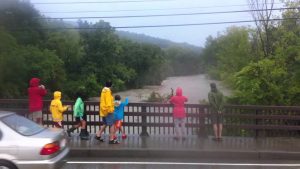 “Williamstown – The summer and early fall in town turned out to be wetter than any other year since record keeping started 130 years ago, according to Jay Racela, Environmental Analysis Lab supervisor and lecturer at Williams College.” 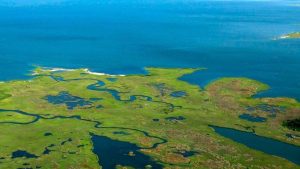 “‘Rapid and concerning’: Chesapeake Bay is getting warmer, researchers say.

“In the course of 30 years, the Chesapeake Bay warmed up by about 2 degrees Fahrenheit. That’s according to researchers at William & Mary’s Virginia Institute of Marine Science, who also found that the bay is warming about three to four times faster in the summer than the winter.” 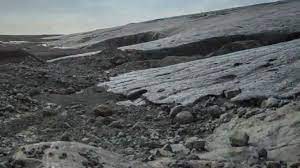 “Icelandic glacier melting faster than it can recover, experts warn…

“Experts have highlighted that the rapid rate of melting glaciers during the summertime has now significantly impacted recovery during the winter months.” 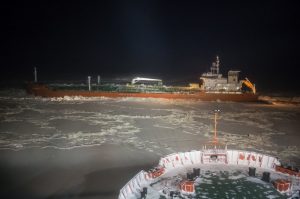 “Two icebreakers are on the way to rescue ice-locked ships on Northern Sea Route.

“The commissioning of the powerful icebreaking vessels comes as severe sea-ice conditions have taken shippers by surprise. 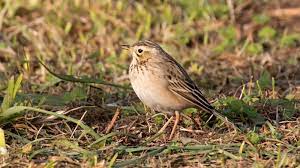 “Some songbirds now migrate east to west. Climate change may play a role.

“As the chill of autumn encroaches on Siberia’s grasslands, Richard’s pipits usually begin their southward trek to warmer latitudes. But a growing number… seem to be heading west instead… [this] might be linked to a warming Europe.” 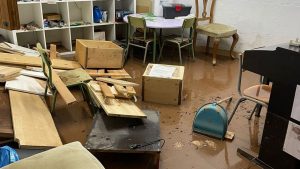 “Torrential rain and thunderstorms caused a river in Fornalutx to burst its banks on Tuesday night, sending gallons of water cascading through the village and flooding homes and businesses, according to Mayor Francisco Marroig.” 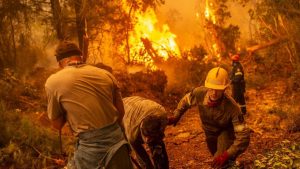 “Greeks fear megafires could be new normal for Med.

“This summer alone Greece was hit by thousands of wildfires, fanned by its worst heatwave in decades. Turkey, Italy and Spain all witnessed dramatic fires in recent months and the fire on the Greek island of Evia was the biggest in Greece since records began.”

“Cyprus again! On 9th November the national monthly record of highest temperature was tied just 2 days after being beaten. 33.4C [92.1F] was recorded at Pareklisia, the 3rd station in 3 days to record this exact temperature.“ 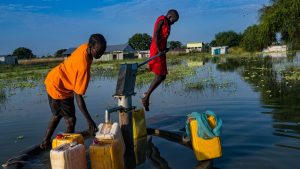 “When the rainy season came in 2019, it didn’t arrive during the usual time frame in South Sudan. The downpours came at the beginning of dry season, in November, and in extraordinary quantities, as if “the whole sky came down…”” 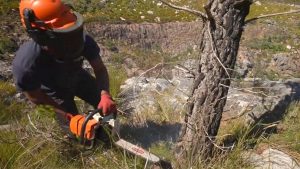 “Cape Town’s Day Zero: ‘We are axing trees to save water’.

“Cutting down [non-indigenous pine] trees to save a city from drought might seem like an unlikely plan, but that is exactly what the South African city of Cape Town is doing, soon after it became the first global city to come close to running out of water.” 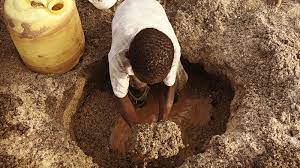 “Kenya drought: How ‘the land of plenty’ became a barren home where the only route to water is to dig.

“”It’s estimated about 600,000 members of the population in Turkana County are in need of food or cash assistance,” says Gabriel Ekaale, a policy officer for the World Food Programme based in Lodwar, in Turkana County.” 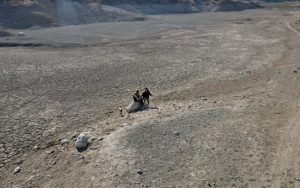 “Low rainfall, structural damage and extraction by struggling farmers have emptied a key reservoir in northwestern Syria, leaving it completely dry for the first time, farmers and officials told AFP.” 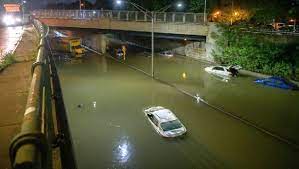 “Coastal states in Mumbai, Kolkata and four other Indian cities will be underwater by 2030, finds report.

“Maps show parts of Mumbai, almost the entirety of Navi Mumbai, the coastal areas of Sunderbans, and the surrounding areas of West Bengal’s capital, Kolkata, along with Cuttack in Odisha, may be below tide-level in 2030.” 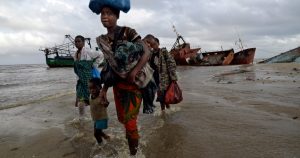 “Climate change is an emergency for everyone, everywhere.

“A devastating convergence of conflict and climate change is driving displacement and making life even more precarious for those forced to flee.”