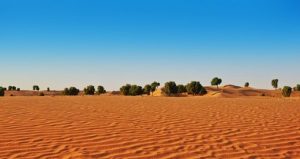 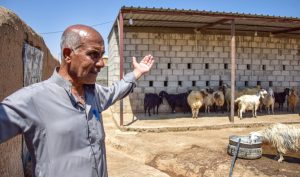 “Iraq environment crisis: drought this year has ‘turned our life upside down’.

“On a cracked dry spot in Iraq’s historic marshlands, Raheem Noor Dawood watched helplessly as his water buffaloes fell sick and died. “We went through tough years before but the drought and the high temperature that we have seen this year were unparalleled,” Mr Dawood, 57, told The National.” 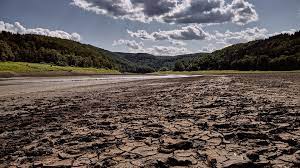 “Rain fell on Bicar Icli’s fields in southeastern Turkey for the first time in eight months last week, but he and other farmers are already counting the cost of a drought they blame on climate change.” 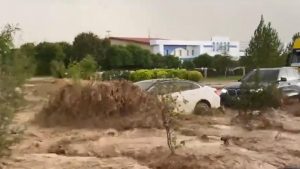 “Residents began to assess damage to homes and other structures in Iraq’s Kurdistan Region a day after flash flooding impacted the Erbil area on October 30.

“Intense rainfall and hail were reported in Erbil on Saturday, breaking a period of drought. Officials said several neighborhoods in the area had suffered damage.” 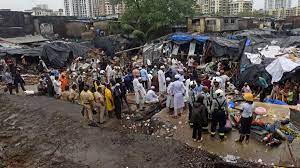 “Flooding destroyed his home four times in three years. This is the reality of climate change for India’s poor.

“The monsoon is a natural weather phenomenon caused by warm, moist air moving across the Indian Ocean toward South Asia as the seasons change. But the climate crisis has caused the event to become more extreme and unpredictable.” 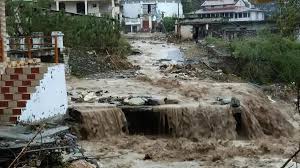 “Uttarakhand recorded 474% surplus rainfall in October, mainly due to the ‘unprecedented’ heavy rain spell across the state on October 18 and 19…

“…the Himalayan state received 203.2 mm rainfall against the normal of 35.3 mm in October. The state had registered a 99% rain deficit in October 2020 when just 0.1 mm rainfall was recorded…”

“A Forest Fire in Tibet Has Been Ablaze for a Week.

“As of Tuesday, the northern side of the fire site is still spreading, as the high mountainous terrain and the steep cliffs make it difficult to stifle the flames, Sixth Tone’s sister publication The Paper reported…” 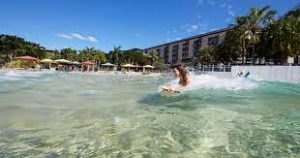 “Scorching temperatures broke heat records in Queensland and the Northern Territory in October, with meteorologists reporting a 2-degree C increase in average temperatures.

“According to the Bureau of Meteorology (BoM), October was hotter than usual for Australia as a whole, with every state except Victoria noticing significantly warmer-than-average weather.” 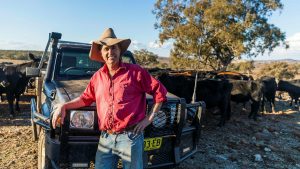 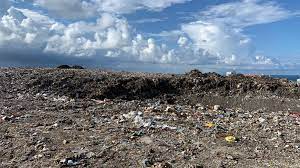 “Welcome to ‘trash island’ – the Maldives’ festering home of rubbish now crucial to its climate fight.

“The extreme weather Mr Adam describes is driven by climate change, and it is threatening to destroy the Maldives, killing its coral reefs and submerging the islands. The Maldivians – on their own – are powerless to stop this. But they are doing what they can to protect their country.” 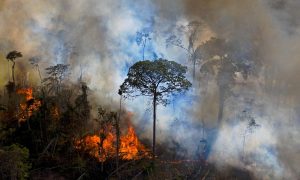 “Brazil will field one of the biggest delegations at the UN climate talks in Glasgow and fund a lavish promotional pavilion inside the conference centre… the message is that Brazil is “a longtime champion of the environmental agenda and an agrifood powerhouse”.” 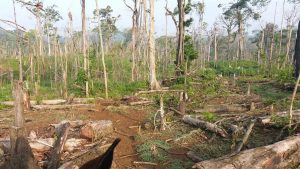 “Nicaragua is home to lush forests filled with unique wildlife, including part of the second-largest rainforest in the Americas. But rampant deforestation is destroying these natural habitats at a faster rate than anywhere else on the planet…” 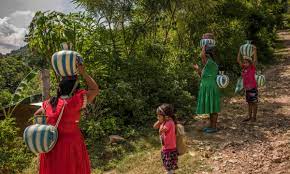 “‘So many have gone’: storms and drought drive Guatemalans to the US border.

“Guatemala is one of five Latin American nations – along with Honduras, Nicaragua, Colombia and Haiti – identified among the 11 countries most at risk from climate chaos…” 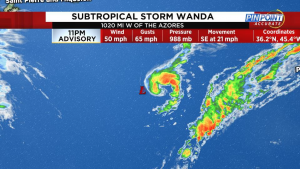 “As Wanda Forms, Hurricane Forecasters Run Out of Names for Atlantic Storms…

“There have been so many storms in the Atlantic Ocean this year that the National Hurricane Center has used up all 21 available names, the third time in recorded history that has happened.” 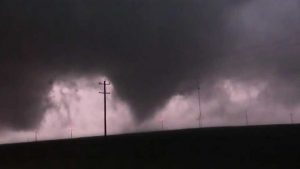 “Oklahomans probably were not expecting the beginning of fall to feel more like spring, but the state saw more tornadoes in October alone than during the previous nine months put together…” 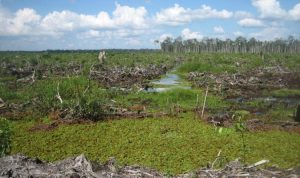 “UK’s ‘collapsing’ peatlands have emitted ’50 million tonnes of carbon’ since 2016.

“The UK has emitted around 50 million tonnes of carbon in the past five years from collapsing peatlands, a first-of-its-kind survey has revealed… This collapse is a likely a sign of “extensive damage”, and indicates the nation’s peatlands are now emitting significant amounts of pollution.” 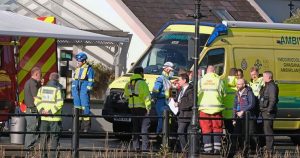 “Three people have died and another is in a “critical condition” in hospital after a group of paddleboarders got caught in a flash flood on the River Cleddau in Haverfordwest, South Wales, police have confirmed.” 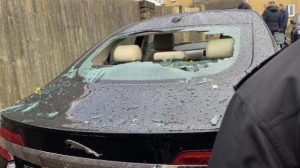 Multiple small tornadoes across the UK rom Northern Ireland to East Sussex. I won’t list all the headlines here but some links are below; one example:

““I’ve never seen anything like it” – ‘Tornado’ hits Tackley, Oxfordshire… Louie Bass, who lives in Tackley, said a ‘tornado’ hit the village leaving cars ‘smashed up’ and fallen trees.” 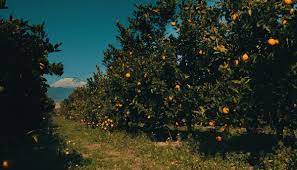 “”Our thoughts are with those who have suffered damages to their farms and homes, but we are particularly saddened by the loss of human lives. The exceptional bad weather conditions have hit the production area of Sicily’s Blood Oranges in full…” 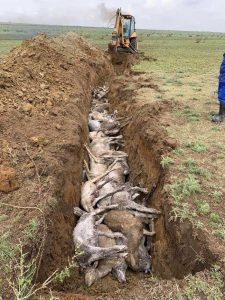 ““It was horrific.” That’s how a devastated farmer described how it felt to lose hundreds of ostriches to a hailstorm that struck… the Eastern Cape [South Africa] last week…

“Grant Krige, the owner of Chelmsford Farm, said the hour-long hailstorm struck on Wednesday. “I’m 54 years old and I have never experienced a storm quite as severe as that.”

“Edenville farmer, Heinz Theron suffered major losses on Monday after 300 of his sheep perished following severe hailstorm in the area. The small township situated in the northern Free State on Monday experienced hail rain of 100 millimeters which elevated to 1021 millibar pressure.” 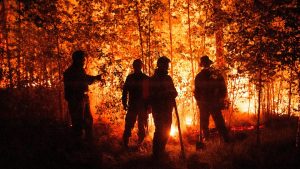 “Russia was 3.2C degrees warmer than the average in the three decades to 1990. Winter temperatures are milder than ever, with air warming up to 5C above the norm. The number of forest fires have increased four-fold, while storms and hurricanes are ten times more likely.” 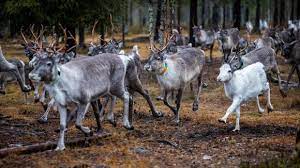 “Some 100,000 reindeer are slaughtered in a typical year, but last autumn this number was just half of that at 50,000, owing to unusually heavy snowfall which hampered grazing. Weather patterns and vegetation changes are affecting reindeer populations.” 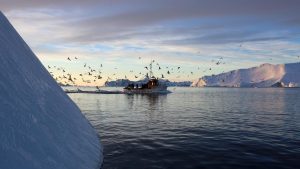 “Writing in the journal Nature Communications, researchers said that Greenland’s meltwater runoff had risen by twenty-one percent over the past four decades. Extreme melting events in Greenland have been increasing in frequency for at least forty years.” 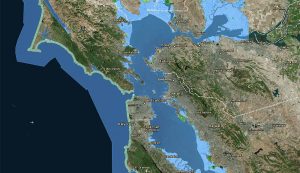 “Based on the amount of greenhouse gases humans have already added to the Earth’s atmosphere, the world is guaranteed to experience approximately 5 feet of sea level rise in the coming decades, climate scientist Benjamin Strauss told “The Climate Crisis Podcast.”” 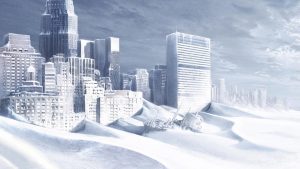 “Climate models have long predicted that Amoc will weaken as the world warms… The best estimate is that anthropogenic global warming has reduced the mass flow of Amoc by 15 per cent, says Andrew Meijers, deputy science leader of the British Antarctic Survey’s polar oceans team.” 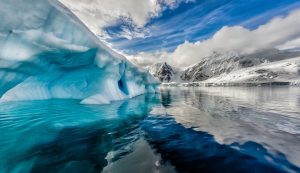 “COP26: Melting Antarctic glacier named Glasgow to highlight need for urgent climate action… [Glacier is honoured but says, with apologies, it is going to continue melting.]

“The Glasgow Glacier is one of nine areas of fast flowing ice in the Getz basin in Antarctica to be named after locations of major climate summits, including Stockholm, Kyoto and Paris.” 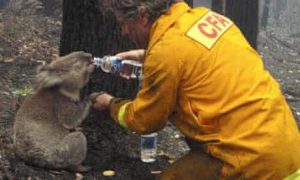 “The last seven years since 2015, when countries secured the Paris Agreement to curb temperature rises to 1.5C or well below 2C to avoid the worst impacts of climate change, have been the hottest in records dating back to 1850.”