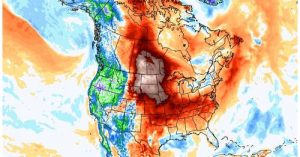 “It’s a week past the autumn equinox, and the first snows have fallen in the Rockies and the mountain peaks of New England. But in Hazen, N.D., the mercury soared to the century mark [100F] Tuesday afternoon.

“According to several climatologists, that 100-degree reading is the highest temperature observed so far north on the planet this late in the calendar year. The scorching temperature comes after a tie for the hottest summer on record in the Lower 48 states.” 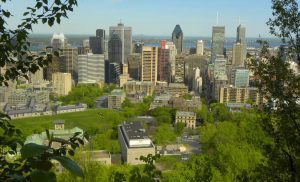 “Montreal breaks its record for most consecutive days above 19°C [66.2F].

“On Sunday, a study from RolfsWeather.ca concluded that Montreal had just set a new city record for the most consecutive days with a maximum temperature of 19°C [66.2F] or higher. The heat streak ran from May 30 to September 26.” 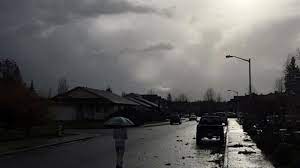 “A Rare Tornado Touched Down Near Portland, Oregon, On Monday Night…

“Multiple videos captured the damaging tornado as it churned near Battle Ground, Washington, located about 20 miles north of Portland, Oregon.” 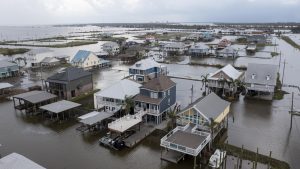 “How tropical storms and hurricanes have hit U.S. shores with unparalleled frequency.


“…An unsurpassed 49 named storms have formed over the warming Atlantic waters since the start of the 2020 season, with a record-setting 18 striking the Lower 48 states, including seven hurricanes.” 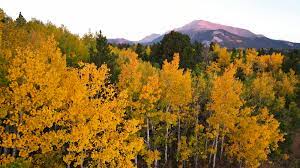 “Why climate change is making it harder to chase fall foliage.

“Droughts that cause leaves to turn brown and wither before they can reach peak color. Heat waves prompting leaves to fall before autumn even arrives. Extreme weather events like hurricanes that strip trees of their leaves altogether.” 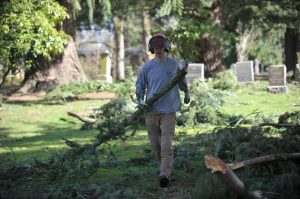 “Trees around Whatcom County [Washington State] were showing signs of poor health even before the late-summer windstorm that dropped limbs and littered streets with leaves and twigs.

“Six months of below-normal rainfall and two suffocating heatwaves had turned many of their leaves from green to yellow and brown, making some areas appear like fall in mid-July…” 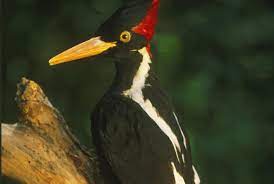 “US to declare ivory-billed woodpecker and 22 more species extinct…

“The move underscores an extinction crisis that is growing worldwide. The rate at which extinction would naturally occur is about one to five species per year, according to Michael Reed, a biologist at Tufts University. He adds that now, species are going extinct at 1,000 to 10,000 times that background rate.”

“In social networks, users shared videos of the effects, in which it is observed that the water level, in some areas, reached up to one meter in height.” 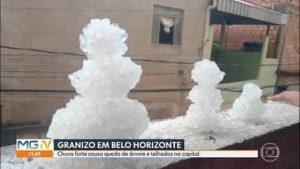 “After hailstorms, around 40 trucks are used to remove ice from the streets of Greater Belo Horizonte [Brazil]…

“…39 trucks were needed to remove the ice from the streets of Neviana neighborhood, in Ribeirão das Neves, according to the Civil Defense. The accumulation of hail reached 1.5 meters in height, according to the city hall.” 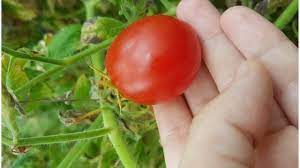 “The UK government is to relax the regulation of gene-edited crops to enable commercial growing in England. The plants are to be tested and assessed in the same way as conventional new varieties.” 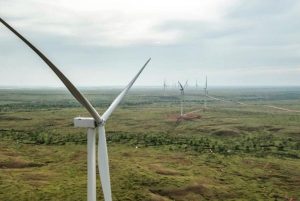 “Energy giant SSE said its renewable assets produced 32% less power than expected between April 1 and Sept. 22 thanks to historically dry and low-wind conditions. This equates to 11% of its full-year output target.” 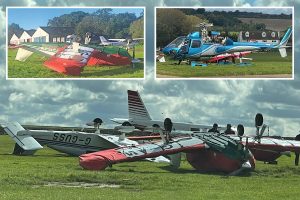 “Forty helicopters and planes were blown around by the force of the 20-second twister, which wreaked havoc at Stapleford Aerodrome. A new silver and blue Aerospatiale helicopter — worth more than £1million — was tossed on to its side and its rotors smashed.” 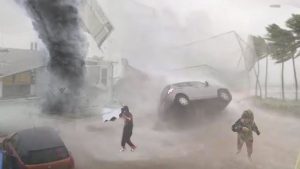 “At the quay in Kiel on Wednesday, a tornado pushed several people into the Baltic Sea. A spokesman for the local police, quoted by the Die Welt daily newspaper, said seven people who were on the waterfront were injured.” 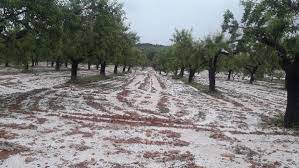 “Last weekend, the agricultural sector in the Spanish Region of Valencia was affected by another hailstorm that hit approximately 17,200 hectares of crops…

“…persimmons, citrus, and almond trees and vegetables that were ready for the harvest. Hailstones of considerable size hit the crops hard.” 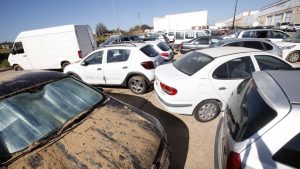 “Images of cars, furniture and appliances piled up after the floods.

“More than 2,000 properties, especially homes, but also garages and businesses, have been affected only between Lepe and Cartaya [Huelva, Spain], where more than 2,000 vehicles have been unusable.” 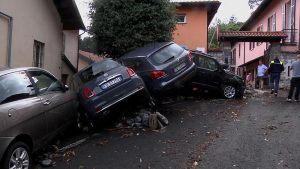 “Some of the region’s famous winding roads are unpassable due to debris from a recent landslide and flooding.” 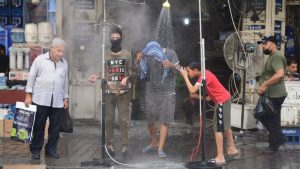 “…strong subsidences are expected in western Iran, Iraq and the northern parts of the Saudi Peninsula resulting in potential record high temperatures for October up to 45C-46C [114.8F].” 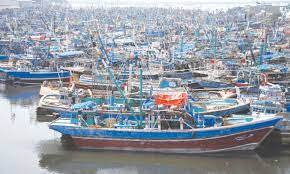 “The weather scenario for both Sindh and Balochistan remains critical as remnants of Cyclone Gulab currently existing in the form of a well-marked low pressure area over Indian Gujarat head towards the Arabian Sea.” 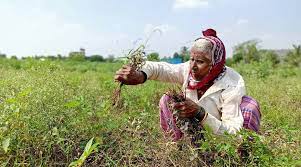 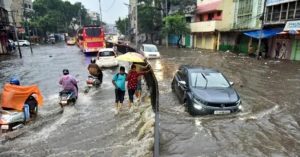 “Cyclone Gulab left a trail of death and damage in parts of Maharashtra, especially the Marathwada and Vidarbha regions, with17 people losing their lives in different rain-related incidents.” 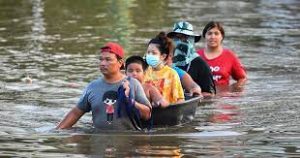 “Bangkok on alert as deadly floods hit a third of Thailand…

“Soldiers on Tuesday set up barriers and sandbags to protect archaeological ruins and landmarks as well as neighbourhoods in the old royal capital Ayutthaya, some 60km (37 miles) north of Bangkok.” 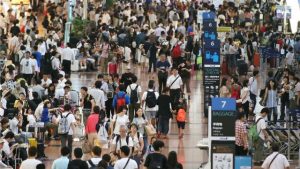 “Tokyo on Thursday was bracing for the approach of Typhoon Mindulle as the storm churned northeast, appearing likely to brush the Japanese capital with high winds and heavy rain by Friday morning.” 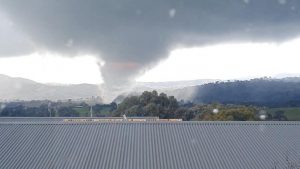 “Bureau of Metereology (BoM) senior climatologist Agata Imielska confirmed there was damage to houses and power lines north-east of Bathurst… “We have a line of damage roughly 25 to 30 kilometres,” she said.” 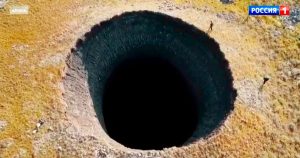 “The Ground Is Literally Exploding Due to Climate Change in Siberia, and It’s Going to Get Worse.

“Huge gas explosions are erupting in the icy soils of Siberia, a recent phenomenon that is linked to climate change and has left gaping craters across the landscape.” 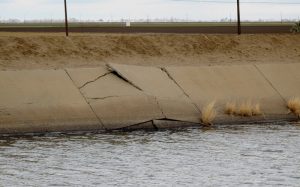 “Critical groundwater supplies may never recover from drought. Let this sink in.

“Worldwide, an estimated two billion people rely on groundwater for some portion of their water supply. However, excessive groundwater use combined with droughts has caused land surface to sink, damaging critical infrastructure including roads, buildings, and sewage and water pipes.”