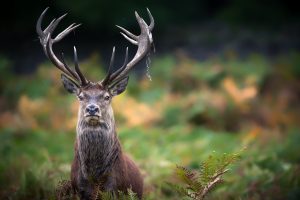 “The global supply chain crisis could fuel a severe dose of stagflation. Economic observers should heed the warnings now – rising prices and slowing growth are a very real threat…

“…we may end up with far worse than mild stagflation or overheating: a full stagflation with much lower growth and higher inflation. The temptation to reduce the real value of large nominal fixed-rate debt ratios would lead central banks to accommodate inflation, rather than fight it and risk an economic and market crash.

“But today’s debt ratios (both private and public) are substantially higher than they were in the stagflationary 1970s. Public and private agents with too much debt and much lower income will face insolvency once inflation risk premia push real interest rates higher, setting the stage for the stagflationary debt crises that I have warned about.” 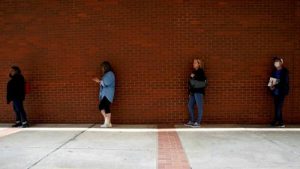 “The west’s leading economic thinktank has warned governments and central banks against an over-hasty withdrawal of support for growth amid concerns that recovery from the pandemic-induced recession is incomplete.” 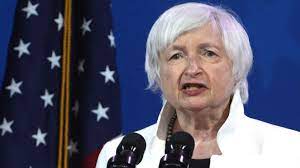 “US Treasury Secretary Janet Yellen issued a fresh plea for Congress to raise the federal debt ceiling on Sunday, arguing a default on U.S. debt would trigger a historic financial crisis…

“She pointed out that the U.S. has always raised the debt ceiling before exceeding its limit. “The US has never defaulted. Not once.”” 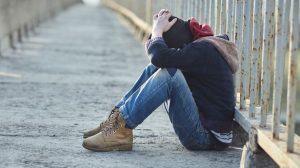 “All families will face higher energy and food bills in the autumn with those coming off fixed price energy contracts or cheap deals facing increases of up to 50 per cent in their bills.” 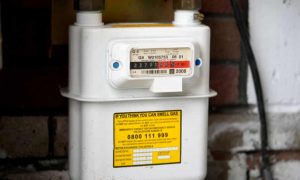 “The British government held an emergency meeting with small power suppliers on Tuesday, and by the late afternoon Igloo, Green, Ampower, Utilita and NEO Energy had posted notices on their websites saying they were closed to new business.” 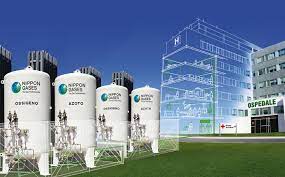 “The UK carbon dioxide shortage threatening industries from steel to food is spilling over into Europe, one of the world’s largest distributors of the gas has warned.

“Nippon Gases, which sold almost $1.5bn of industrial gases on the continent last year, said “other countries in Europe will also suffer shortages” of CO2, estimating that its supplies had fallen 50 per cent across the region.”

“IEA urges Russia to increase gas supply to Europe. The International Energy Agency has called on Russia to send more gas to Europe to help alleviate a shortage, becoming the first major international body to address claims that Moscow has restricted supplies.” 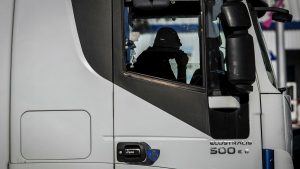 “Gomez said there would be no easing off of the industry-wide crisis next year because of tougher EU labour laws on commercial road transport, known as the Mobility Package, that come into force in February…” 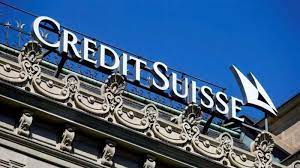 “When Archegos Capital Management blew up, it saddled Credit Suisse Group AG with $5.5 billion in losses. One reason investors and regulators were blindsided: a gap in the regulatory oversight of big international banks.” 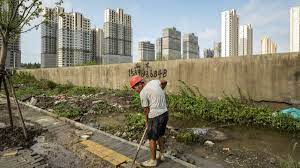 ““Government policy doesn’t support home purchases,” said Zhou Miao, a property agent at the Jinan branch of PowerChina Real Estate Group. “Many people have put off their house purchase plans until next year in the hope the authority relaxes credit controls.”” 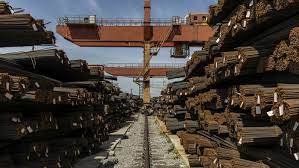 “Iron ore’s rollercoaster ride this year is set to end with a whimper as the contraction in China’s steel industry heralds further declines.” 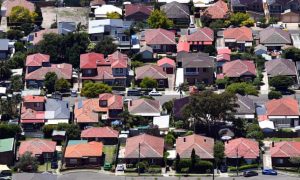 “The warning comes as Australian house prices are expected to climb by more than 20% in 2021, fueled by ultralow interest rates, the promise that interest rates will stay low for some time, and a tax system that encourages property-sector investment.” 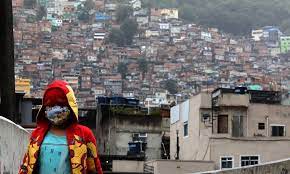 “Given China’s standing as the world’s second largest economy, a slowdown in Chinese growth is likely to have negative consequences for the global economic outlook and financial assets worldwide.” 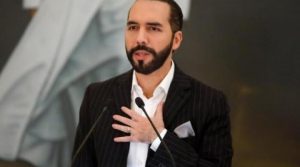 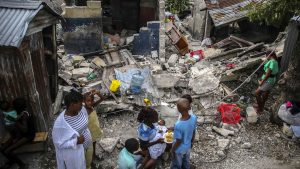 “Global Supply Shortages Reach All the Way to a Haitian Aid Group.

“Continuing disruption to factory production and bottlenecks in shipping are leaving nonprofit groups short of goods for vulnerable communities worldwide.” 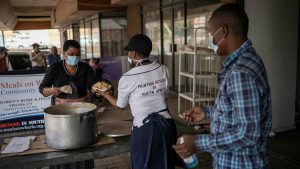 “South Africa is considering introducing a basic income grant after poverty and record joblessness helped inflame the nation’s worst post-apartheid violence. More than 330 people died during a week of violence in July…” 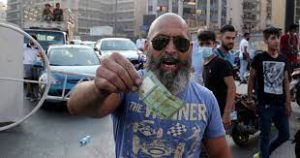 “The consumer price index rose 137.8% from a year earlier in August, compared with 123.4% in July, according to the Lebanon Central Administration of Statistics. Consumer prices rose 10.25% from a month earlier while food prices rose 20.82%.” 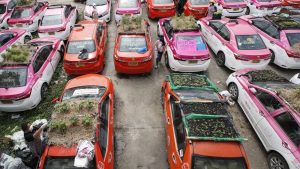 “The plants are grown on the bonnets, roofs, inside empty tires and in the boot of the cars. From chillies, eggplants, cucumbers, holy basil and spring onions, the taxi stands are looking more like an art installation.” 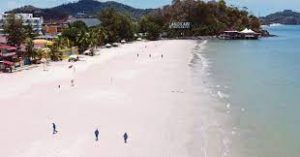 ““The Malaysian tourism industry is on the brink of total collapse and the Ministry of Finance needs to be specific in its allocation to not only preserve tourism business and workers but to prepare and empower the industry for a major comeback,“ Matta President Datuk Tan Kok Liang said in a statement today.”

“Japan’s Liquidity Trap – Are We in the Same Boat…

“We have yet to see any country successfully reverse a zero-interest rate policy or meaningfully curtail stimulus spending. Debt is ballooning world-wide and the balance between interest rates, inflation, and asset prices is increasingly delicate and precarious.” 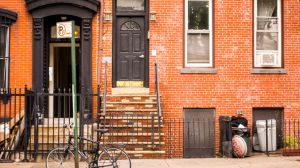 “Whether it’s homes or jobs, our dreams are moving further out of reach every year…

“…the transformation of housing into an asset class is only one of the economic pincer movements people now find themselves caught in. The other is the dwindling supply of “good jobs” that once made the investment in college education worthwhile.”