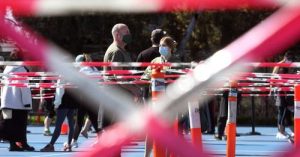 “The world economy risks turning stagflationary. While policy makers once hoped we’d now be seeing decent growth and slowing inflation, obstacles to that outlook are emerging by the day.
⁠
“The mounting concern now is of a toxic mixture of weak demand and accelerating prices. Risk one is the delta variant, which, as Enda Curran details, is undermining efforts to rev up factories, offices and schools.
⁠
“Worrying recent data include the smallest hiring of Americans in seven months, deterioration in Germany’s Ifo index, a crumbling of China’s services sector and a weakening of global manufacturing.”
⁠
https://www.bloomberg.com/news/newsletters/2021-09-06/what-s-happening-in-the-world-economy-stagflation-threatens-to-upend-economy 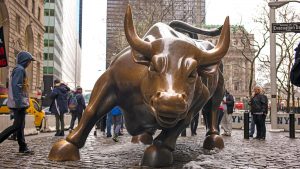 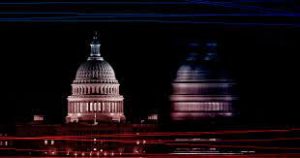 “‘A train wreck’: Congress faces a daunting September as deadlines pile up.
⁠
“Democrats are grappling with how to avert a government shutdown while advancing infrastructure and budget bills at the heart of President Joe Biden’s agenda.”
⁠
https://www.nbcnews.com/politics/congress/train-wreck-congress-faces-daunting-september-deadlines-pile-n1278565 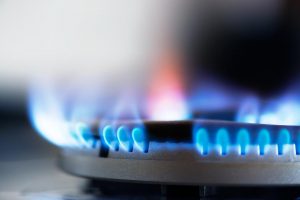 “We [UK] are sleepwalking into a winter energy crisis… a disastrous energy shock cannot be ruled out.
⁠
“Britain is in the grip of a natural gas crunch that has triggered a sharp spike in prices, leaving millions of households grappling with soaring bills, and forcing energy-intensive businesses to consider curbing activity… a [potential] economic catastrophe that could derail the fragile recovery.”
⁠
https://www.telegraph.co.uk/business/2021/09/06/sleepwalking-winter-energy-crisis/ 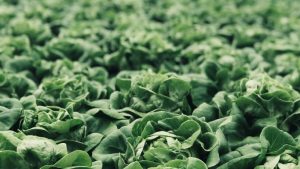 “Scottish vegetable growers are having to throw away millions of cauliflower and broccoli heads due a shortage of farm workers and lorry drivers.
⁠
“Producers predict that problems with lack of labour will only get worse in the run up to Christmas.”
⁠
https://www.independent.co.uk/news/business/labour-shortages-brexit-farmers-b1914304.html 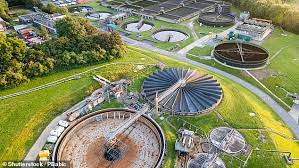 “Sewage discharge rules eased over fears of chemical shortage…
⁠
“The government has told wastewater plants in England and Wales they may be able to discharge effluent that had not been fully treated because of disruption caused by “supply chain failure”.”
⁠
https://www.theguardian.com/politics/2021/sep/07/government-ease-sewage-discharge-rules-amid-chemical-shortage 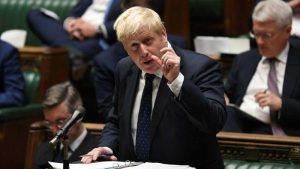 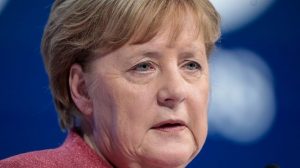 “Merkel Despairs as German Conservatives Slump on Her Watch.
⁠
“For weeks Angela Merkel has been observing from afar the leader of her once-mighty party, the Christian Democrats, fall apart. The German chancellor finally decided to step in to try and salvage a floundering campaign, but it may be too late.”
⁠
https://www.bloomberg.com/news/articles/2021-09-07/merkel-despairs-as-her-conservatives-crumble-on-her-watch 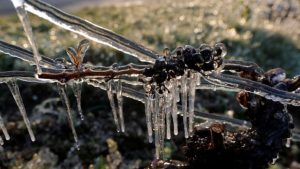 “French wine suffers worst hit in decades amid damage from frost and disease.
⁠
“French wine makers are expected to produce nearly a third less wine this year than usual, after their vineyards were struck by frosts, poor weather and disease during the spring and summer.”
⁠
https://www.theguardian.com/business/2021/sep/07/french-wine-output-frosts-weather 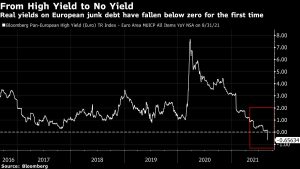 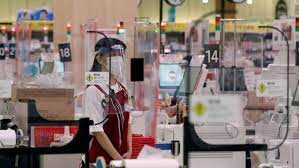 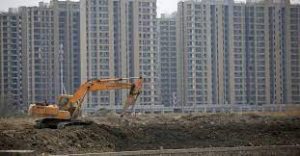 “Economists at Nomura Holdings Inc. are calling the curbs China’s “Volcker Moment” that will hurt the economy. The credit squeeze in the property sector is “unnecessarily aggressive” and may weigh on industrial demand and consumption… A prominent Chinese economist cautioned of a potential crisis should home values drop below mortgages.” 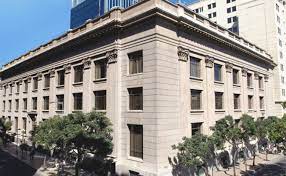 “Emerging Market Central Banks Respond to Inflation Shock.
⁠
“Central banks in emerging markets (EM) have been responding aggressively to accelerating inflation, Fitch Ratings says in a new report. The speed with which the broad direction of EM monetary policy has changed has been striking…”
⁠
https://www.fitchratings.com/research/sovereigns/emerging-market-central-banks-respond-to-inflation-shock-06-09-2021 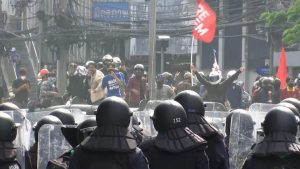 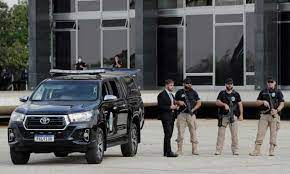 “Bolsonaro supporters clash with police before major rally in Brasília.
⁠
“Pre-dawn skirmishes have erupted between police and supporters of Brazil’s president, Jair Bolsonaro, as rightwing activists tried to force their way towards congress before major pro-government rallies that have put Latin America’s biggest democracy on edge.”
⁠
https://www.theguardian.com/world/2021/sep/07/bolsonaro-supporters-clash-with-police-before-major-rally-in-brasilia 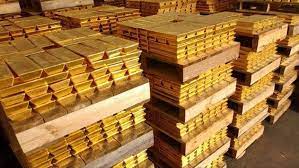 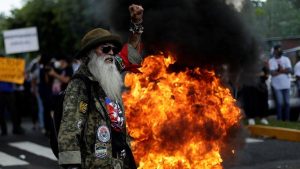 “Bitcoin crashes on first day as El Salvador’s legal tender.
⁠
“Angry protests, technological glitches and a plummet in value marked the first day of El Salvador adopting Bitcoin as legal tender. The price of Bitcoin on Tuesday crashed to its lowest in nearly a month, falling from $52,000 (£37,730) to under $43,000 at one point.”
⁠
https://www.bbc.co.uk/news/business-58459098 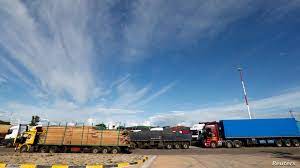 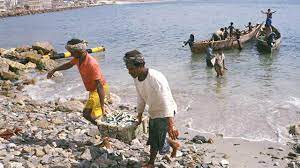 “Hungry Yemenis eyeing fish catch blame exports for prohibitive prices.
⁠
“Ahmed al-Yafei watched fishermen unloading boxes of catfish from small boats docked in the bustling port of Aden in south Yemen, keen to buy some for his hungry family – before realising he could not afford it.”
⁠
https://www.reuters.com/world/middle-east/hungry-yemenis-eyeing-fish-catch-blame-exports-prohibitive-prices-2021-09-06/ 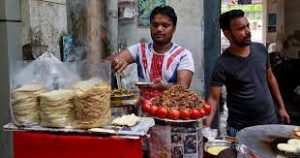 “Price rise is driving Delhi’s food vendors to financial collapse – and their customers to hunger.

“Shooting oil prices have made food more expensive. And daily wagers who struggle to find work have less money to spare.” 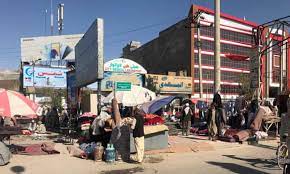 “‘Our children are hungry’: economic crisis pushes Afghans to desperation.
⁠
“Afghans forced to sell possessions on streets of Mazar-e-Sharif as fragile economy buckles under instability… On the side of the road it looks as if entire homes have been emptied on to the asphalt, where teapots, cushions, books and teddy bears have been hastily laid out for sale.”
⁠
https://www.theguardian.com/global-development/2021/sep/07/our-children-are-hungry-economic-crisis-pushes-afghans-to-desperation 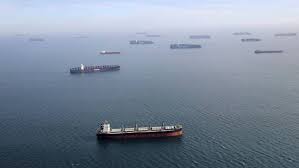 “One of the world’s largest port and terminal operators has warned the global shipping and supply chain crisis that is leaving shelves empty on the high street can be resolved only by a slowdown in consumer demand…
⁠
““We need to work out how we break this vicious circle,” said the boss of APM, the ports and terminal division of the world’s biggest shipping group…”
⁠
https://www.ft.com/content/747be2c8-7ee8-4ec3-9725-a2fdbebc937d 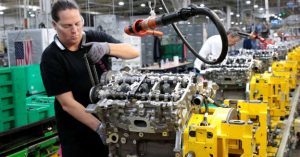 “Major automakers fear the global chip shortage could persist for some time.

“Car manufacturers including Ford, Volkswagen and Daimler are still struggling to deal with the impact of the global chip shortage, with executives from each of the companies warning a lack of silicon is likely to remain a problem.” 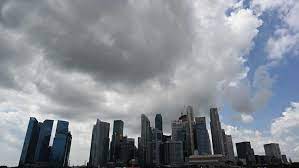 “Covid-19 and the structural crises of our time… The pandemic landed on a wobbly financial stage. It hit the world economy hard just when it was still struggling to emerge from the catastrophic 2008 Global Financial Crisis (GFC)…