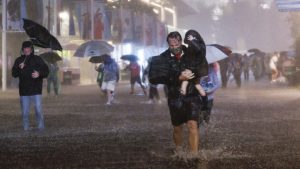 “New York City has suffered its wettest hour on record – and a state of emergency has been declared as Storm Ida sparks flash floods.
⁠
“More than 80mm [3.15 inches] of rain fell in Central Park the space of 60 minutes – eclipsing the previous record of 49mm [1.94 inches] that was set in the aftermath of Tropical Storm Henri just last month.”
⁠
https://news.sky.com/story/us-weather-news-latest-state-of-emergency-declared-in-new-york-city-as-storm-ida-hits-12397170 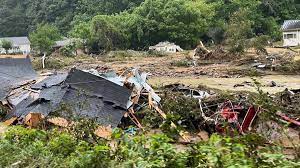 “One person was missing as of Tuesday afternoon, and more than 20 homes destroyed after heavy rains brought flooding and mudslides to a community in southwest Virginia Monday…
⁠
“The community of Hurley, in Buchanan County was the hardest hit by Monday’s rains, which brought estimates of up to 10 inches to the area, causing landslides, and extensive damage to property.”
⁠
https://www.dailymail.co.uk/news/article-9945477/One-missing-20-homes-destroyed-amid-heavy-flooding-Virginia.html 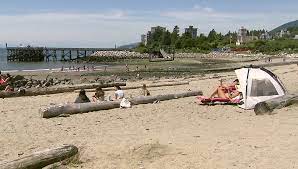 “This summer was the hottest on record for most cities in the Thompson-Okanagan [Canada].
⁠
“Environment Canada meteorologist Lisa Erven says the three summer months of June, July and August are combined together “its no surprise that Penticton, Kelowna and Vernon came in with their hottest summer on record.””
⁠
https://www.castanet.net/news/Kelowna/344560/Thompson-Okanagan-coming-out-of-hottest-summer-ever 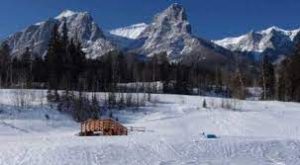 “Heatwave causes unprecedented glacial ice melt in Canadian Rocky Mountains.
⁠
“Following an exceptionally warm summer, the iconic ice of the Canadian Rockies is melting at a rate that has never been seen before. As observed by scientists, during the hot spell in early July and late June the glacier was experiencing 2/3 of ice melt per week.”
⁠
https://www.wionews.com/world/heatwave-causes-unprecedented-glacial-ice-melt-in-canadian-rocky-mountains-409982 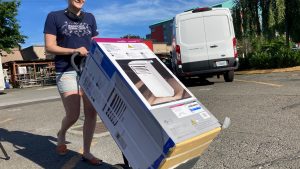 “Summer flip-flop: Seattle ends up with more 100° days than Houston.
⁠
“The record heat left some amazing statistics in its wake — like how Seattle’s all-time high is now hotter than Salt Lake City (107), Atlanta (106) and New York (106). It did not top Houston’s 109 degree all-time high but managed a feat this summer Houston hadn’t: Reaching 100 degrees.”
⁠
https://www.q13fox.com/weather/summer-flip-flop-seattle-ends-up-with-more-100-days-than-houston 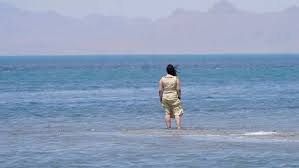 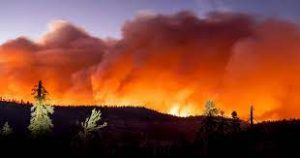 “All California national forests to temporarily close due to “wildfire crisis”…
⁠
“All of California’s national forests will be closed starting late Tuesday until mid-September, according to an order posted by the U.S. Forest Service. The agency said the closures will help “better provide public and firefighter safety due to the ongoing California wildfire crisis.””
⁠
https://www.cbsnews.com/news/california-wildfires-national-forests-close-temporarily-crisis/ 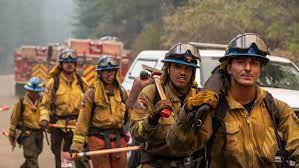 “Firefighters in make-or-break fight to keep Caldor fire from Lake Tahoe.
⁠
“Firefighters battling a ferocious wildfire in the Lake Tahoe Basin are facing critical hours as they work to prevent the flames from reaching a resort city at the southern tip of the lake.”
⁠
https://www.theguardian.com/us-news/2021/sep/01/caldor-fire-lake-tahoe-wildfires-california 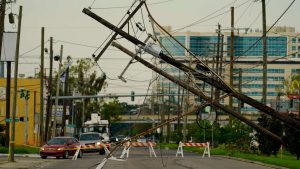 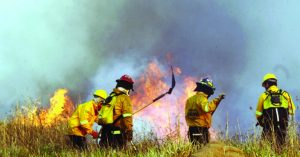 “Bolivia: Santa Cruz forest fires destroy nearly 800,000 hectares, ravaging protected areas.
⁠
“Forest fires are not letting up in Bolivia. For the third consecutive year, fire is devastating ecosystems such as the Chaco, Chiquitanía and Pantanal, as well as forests in the Bolivian Amazon. Some have spread to neighboring Paraguay.”
⁠
https://riotimesonline.com/brazil-news/rio-politics/bolivia-santa-cruz-forest-fires-destroy-nearly-800000-hectares-ravaging-protected-areas/ 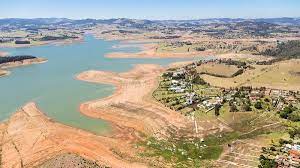 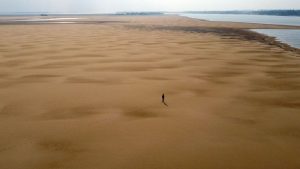 “The water levels of the Paraná river, the second-longest in South America after the Amazon, are at their lowest since 1944.
⁠
“The river is key to commercial shipping and fishing but also provides 40 million people with drinking water… Environmentalists fear that the drought has been made more severe by deforestation and climate change.”
⁠
https://www.bbc.co.uk/news/world-latin-america-58408791 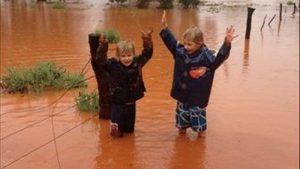 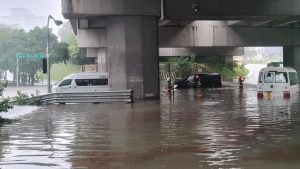 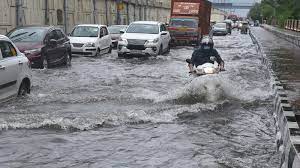 “‘Highest in 19 years’: Heavy rainfall in Delhi makes new September record…
⁠
“Heavy rainfall in Delhi continued for the second day on Wednesday, leading to severe waterlogging in many parts of the national capital. Delhi received 112.1mm [4.4 inches] rainfall between 8.30am on Tuesday and 8.30am on Wednesday, according to IMD data…
⁠
https://www.hindustantimes.com/cities/delhi-news/highest-in-19-years-heavy-rainfall-in-delhi-makes-new-september-record-101630494334281-amp.html 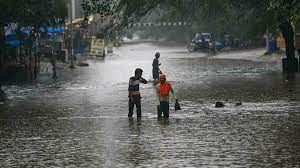 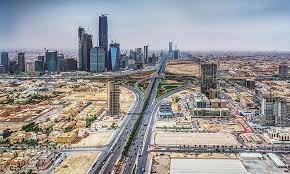 “Heat waves are whiplashing several parts of the globe, all evidence of the ubiquitous global warming phenomenon. Recently a heat spike across northern Tunisia caused record temperatures, including a sweltering 49˚C [120.2F] in Tunis.
⁠
“Now, Arafat, in the southeast of Makkah, Saudi Arabia, recorded an all-time high of 50˚C [122F], amid hot and dry winds, according to a report.”
⁠
https://www.gulftoday.ae/news/2021/09/01/temperatures-hit-50-c-in-saudi–arabia 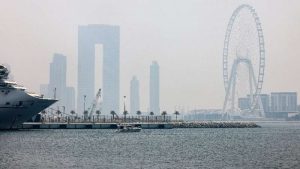 “Oil-rich Gulf faces prospect of unlivable heat as planet warms…
⁠
“”In general, the level of heat stress will increase significantly,” said Elfatih Eltahir, a professor of hydrology and climate at the Massachusetts Institute of Technology.”
⁠
https://phys.org/news/2021-08-oil-rich-gulf-prospect-unlivable-planet.html 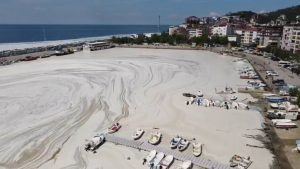 “Turkey’s struggle against natural disasters: wildfires, drought, floods, and a possible earthquake.
⁠
“Turkey has been hit by a series of natural disasters and environmental crises in recent months. Drought in Lake Van caused thousands of flamingos to die in July, while a substance called “sea snot” covered the coasts of the Marmara Sea for months, making the seashore unusable.”
⁠
https://globalvoices.org/2021/09/01/turkeys-struggle-against-natural-disasters-wildfires-drought-floods-and-a-possible-earthquake/ 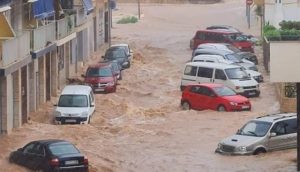 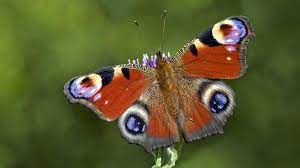 “Bats, butterflies and bumblebees threatened by an ‘extinction catastrophe waiting to happen in next decade’.
⁠
“Some of the UK’s best-loved wildlife, from hedgehogs to bats and butterflies to bumblebees, could face extinction within a decade if action is not taken to halt their decline, research suggests.”
⁠
https://www.independent.co.uk/climate-change/news/wildlife-extinction-pesticides-hedgehogs-bumblebees-b1912509.html 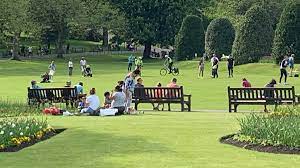 “Glasgow swelters through hottest summer ever ahead of COP26 climate summit…
⁠
“The summer of 2021 has been a season of contrasting fortunes across the UK, with the north and west of the UK experiencing a warmer, drier and sunnier season compared to average while parts of the south east have been duller and wetter than average.”
⁠
https://www.glasgowlive.co.uk/news/glasgow-news/glasgow-weather-met-office-record-21458480 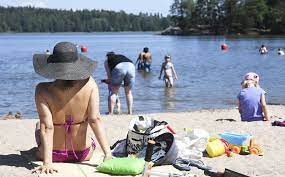 “Summer 2021 was Finland’s hottest in over 80 years.
⁠
“The summer of 2021 was the hottest in Finland since 1937, and the warmest ever recorded in Helsinki, according to data released by the Finnish Meteorological Institute (FMI). Temperatures over the months of June, July and August averaged 18.9 degrees Celsius [66G] in the capital region.”
⁠
https://yle.fi/uutiset/osasto/news/summer_2021_was_finlands_hottest_in_over_80_years/12082062 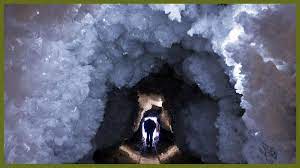 “A great thaw threatens Russia’s kingdom of eternal ice.
⁠
“…rising temperatures triggered by climate change mean that the permafrost — known in Russian as “eternal” frost — is shifting and subsiding, with dire consequences… Temperatures in Yakutia, which is also known as the Republic of Sakha, are rising at least 2.5 times as fast as the rest of the planet.”
⁠
https://www.thetimes.co.uk/article/a-great-thaw-threatens-russias-kingdom-of-eternal-ice-9xkkfxrnx 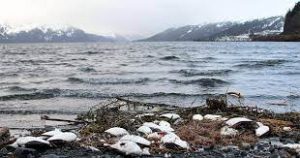 “Emaciated seabirds are turning up dead on Western Alaska beaches for fifth straight summer.
⁠
“Communities all over Western Alaska are finding dead seabirds on their shores for the fifth consecutive summer. Researchers and federal scientists still have no definitive explanation for the cause.”
⁠
https://www.adn.com/alaska-news/rural-alaska/2021/08/31/emaciated-seabirds-are-turning-up-dead-on-western-alaska-beaches-for-fifth-straight-summer/ 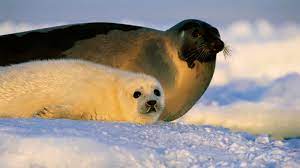 “Food for seals and other Arctic predators is literally shrinking.
⁠
“…if the atmosphere continues to be polluted with greenhouse gasses, all varieties of fish that the study analyzed will shrink in size—about 18-35 per cent for Arctic cod and 45-82 per cent for Pacific sand lance.”
⁠
https://phys.org/news/2021-09-food-arctic-predators-literally.html 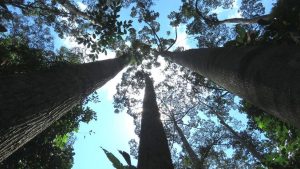 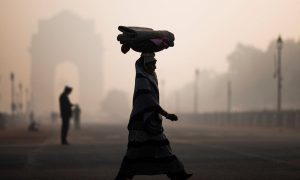 “Air pollution is slashing years off the lives of billions, report finds…
⁠
“The average global citizen loses 2.2 years of life with today’s levels of air pollution and, if nothing changes, that adds up to 17bn lost years, Prof Michael Greenstone at the University of Chicago said. “What else on the planet is causing people to lose 17bn years of life?””
⁠
https://www.theguardian.com/environment/2021/sep/01/air-pollution-is-slashing-years-off-the-lives-of-billions-report-finds 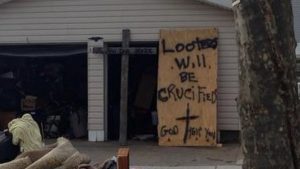 “How easily the climate crisis can become global chaos.
⁠
“After months of one extreme weather event after another, it’s hard to imagine how climate impacts could get any worse. Unfortunately, it could. Imagine a year — not far in the future — just a couple years from now, where it all goes wrong…”
⁠
https://thehill.com/opinion/energy-environment/570284-how-easily-the-climate-crisis-can-become-global-chaos