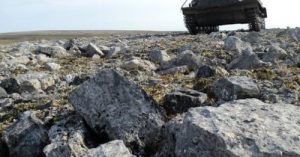 ““I would have expected elevated methane concentration in wetlands, or where the soils are very thick… but it was very surprising that we saw elevated methane in the area with the rock,” the paper’s lead author, Professor Nikolaus Froitzheim told iNews.

““The question is where does this additional methane come from? It must come from below. The only likely explanation is that this is deep gas, natural gas from reservoirs.”“ 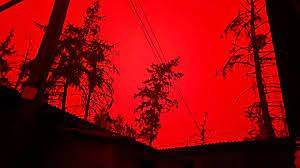 “Devastating scenes of dark-red skies, and the Sun completely blocked by smog from wildfires are coming today from the Siberian Republic of Sakha.

“Russia’s largest territory, used to be known as the Kingdom of Permafrost is turning into the Capital of Wildfires with this summer catastrophic forest infernos engulfing two million hectares of territory.” 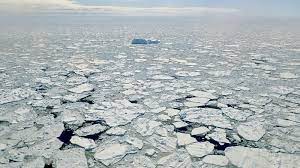 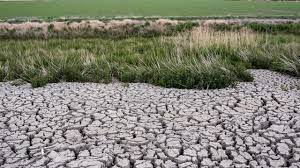 “Drought is a disaster for Scotland’s farmers.

“…in Scotland and Northern Ireland July overall was much drier and sunnier than normal. In fact it has been so dry this summer that there are severe water shortages in parts of Scotland.” 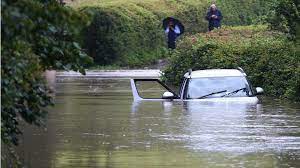 “Tornado’ spotted off Isle of Wight as two months’ rain falls in two hours ahead of summer sun. 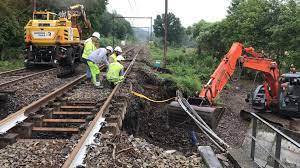 “Belgian rail line out of action for another week following floods.

“Since severe floods damaged large parts of the Wallonian rail network two weeks ago, the North Sea-Mediterranean Corridor through Belgium has been blocked. This line is an important rail freight corridor connecting the ports of Antwerp, Zeebrugge and Ghent with the south of Europe.” 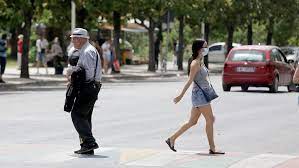 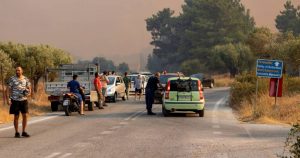 “Tourists evacuated from Pescara as Italy records more than 800 wildfires.

“At least five people have been wounded and holidaymakers evacuated after wildfires devastated a pine wood near a beach in Pescara, Italy, as one of the worst heatwaves in decades swept across south-east Europe.” 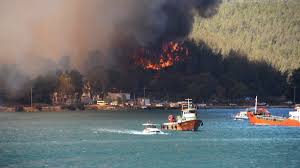 “Eight people have been killed and more than 10,000 evacuated after wildfires ravaged southern Turkey, in the latest extreme weather event to hit Europe this summer. Almost 120 fires erupted in 32 towns…” 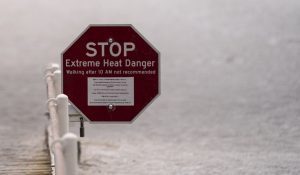 “Heat Wave Grips Israel and the Climate Models Are Melting.

“Heatwave-stricken Israel is still cooler than Canada and Siberia were in June, because global warming is changing reality in ways we can’t predict and didn’t expect yet.”

“2nd August was record hot in Qatar with the temperature reaching 49C [120.2F] at Sudanthile, a new record for August, 0.4C above the previous record set at the Doha International Airport in 2009. [But still not as hot as Lytton, Canada in June.] 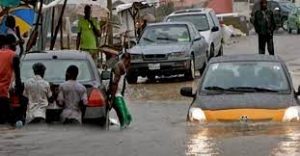 “Africa’s most populous city [Lagos] is battling floods and rising seas. It may soon be unlivable, experts warn.

“Residents of Nigeria, Africa’s most populous nation, are used to the yearly floods that engulf the coastal city during the months of March to November. In mid-July, however, the major business district of Lagos Island experienced one of its worst floods in recent years. “It was very bad, and unusual,” Eselebor Oseluonamhen, 32 told CNN.” 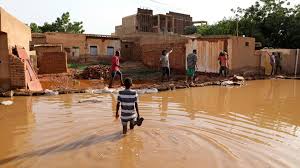 “Mayendit County Commissioner Gatluak Nyang told VOA’s South Sudan in Focus that heavy rains had intensified over the past few weeks. Seven people died of drowning, and 17 people have been bitten by snakes, Nyang said.” 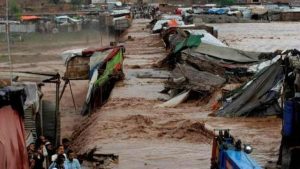 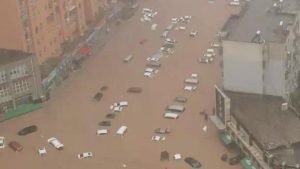 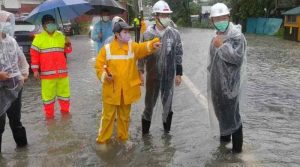 “By 5pm yesterday, the Central Weather Bureau’s observation station in Yuyoushan in Kaohsiung’s Liouguei District had registered accumulated rainfall of 726.5mm [28.6 inches] since 12am on Saturday…” 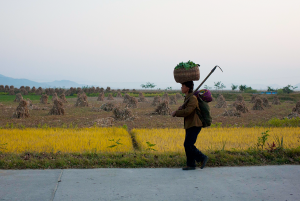 “North Korea warns of torrential rain after weeks of drought.

“North Korea said the country must prepare for typhoons and potential flooding in August after weeks of record-high temperatures that may have damaged cropsJong In Nam, director of Pyongyang’s Ministry of Agriculture, said in the same article that the rice harvest “could suffer setbacks”…” 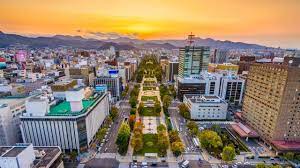 “Parts of Northern Japan experienced the hottest July on record!

“Even though Hawaii has a wet, tropical climate that isn’t typically at risk from large fires, blazes could become more frequent as climate change-related weather patterns intensify.” 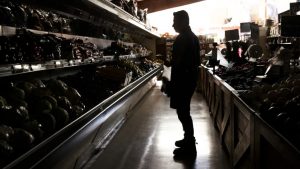 “Utilities are struggling to keep the lights on as fires, drought plague California.

“The electric grid in the West is being tested like never before amid extreme-weather events, including raging wildfires and severe droughts fueled by climate change. Utility companies are struggling to respond.” 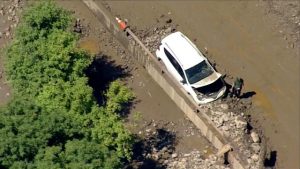 “Mudslides force more than 100 people to spend night on highway in Colorado.

“…forecasters warned of more flash floods in the coming days across the Rocky Mountain and Great Basin regions.” 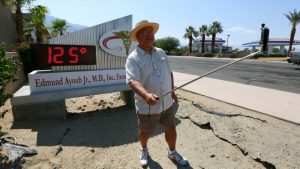 “Palm Springs had its hottest July on record this year, marking the second consecutive month that the city saw record-breaking average temperatures, according to the National Weather Service.” 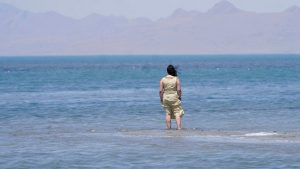 “It’s official. July was the hottest month ever recorded at Salt Lake City International Airport. Salt Lake averaged a steamy 85.7 degrees F over the past month, which is the highest recorded temperature since records started in 1874.” 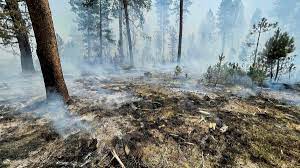 “Carbon offsets going up in smoke as company-linked forests burn. [Oh, the irony!]

“Forests in the US that generate the carbon offsets bought by companies including BP and Microsoft are on fire as summer blazes rage in North America. Corporate net-zero emission pledges rely on such projects to compensate for the carbon dioxide they generate…” 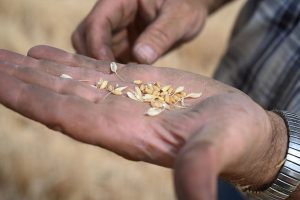 “‘I haven’t seen anything like this’: Washington wheat growers face low yields in record drought year… The record drought’s effects may linger into the next wheat planting season as well.

““There’s no moisture left in the soil; we’re sucked out and it’s all gone,” Aaron Carter said. “Even if we get normal rain in the fall and winter, we’re going into the driest soil we’ve ever had.”” 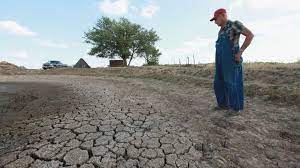 “No relief for hottest and driest areas of the corn belt. Drought conditions likely to worsen in August…

“Looking ahead to August, unfortunately, drier-than-normal conditions look to become a bit more widespread across the Corn Belt, and hotter weather will be likely in current drought areas including the Northern Plains and Upper Midwest.” 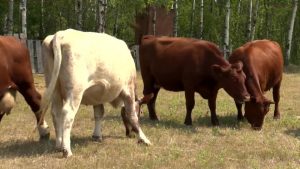 “Winnipeg set a new record for the driest July since records began nearly 150 years ago in 1873.

“Rob Paola, a retired Environment Canada meteorologist who still follows weather and weather history in southern Manitoba, says the Winnipeg airport recorded 8.5 millimetres of rain this past July, when the 30-year average is 75.8 millimetres.” 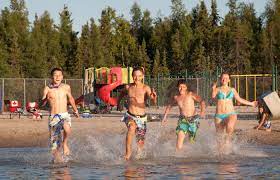 “New record highs in the Yukon and NWT [Canada] on this 2nd day of August. 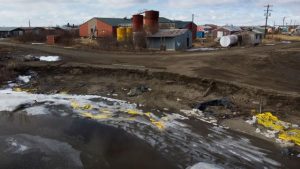 “The reason for the low levels of kings and chum salmon on the Yukon are unknown. “Hypotheses include warming waters from climate change, the proliferation of hatchery fish, and commercial fishing practices in the Bering Sea…”” 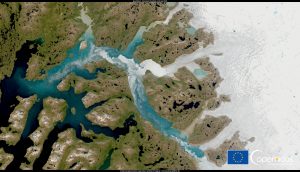 “Since Wednesday, the ice sheet covering the vast Arctic territory has melted by around 8 billion tons a day, twice its normal average rate…”