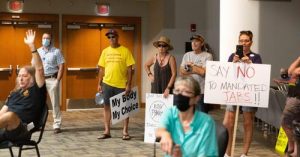 “Things were looking so much better on the pandemic front, and then came news that U.S. health officials were suddenly changing their advice…

“This could be an ugly fall. A return to a normal economy has depended not just on things getting “back to normal,” but on doing so in a sane and healthy way…

“There is the significant possibility that we could send the economy back into a tailspin. Anyone really interested in another bout of economic collapse?” 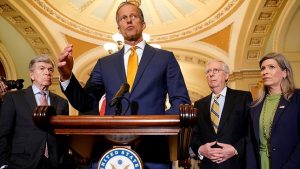 “The legal limit on how much debt the U.S. government can owe was reimposed Sunday, kicking off a high-stakes battle over federal spending with dire implications for global financial markets.

“A two-year deal to suspend the debt ceiling lapsed at midnight following inaction from Congress and President Biden to give the U.S. more borrowing authority.” 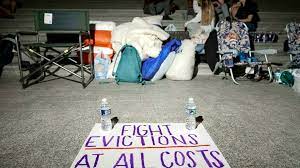 “Concerns are growing in the United States after a nationwide moratorium on rental evictions during the coronavirus pandemic expired this weekend, threatening to make millions of Americans homeless as early as Monday morning.” 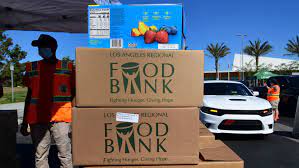 “There’s an unemployment cliff coming. More than 7.5 million may fall off.

“Federal unemployment programs that have paid jobless benefits since March 2020 are poised to end Sept. 6. It doesn’t appear Congress will extend them again. Roughly 7.5 million people will lose benefits entirely at that time, per one estimate.” 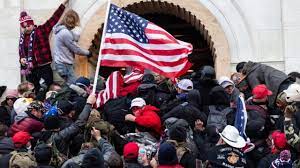 “Nearly half of Republicans say ‘a time will come when patriotic Americans have to take the law into their own hands,’ new poll shows.

“…nearly half of Republican voters (47%) say that “a time will come when patriotic Americans have to take the law into their own hands,” per a new nationwide survey by George Washington University’s School of Media and Public Affairs.” 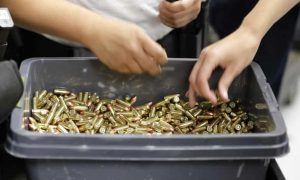 “The coronavirus pandemic in the US has been accompanied by soaring gun sales attributed to fears around social unrest and crime and, in some cases, people having more time for hunting. But now ammunition has fallen into short supply.” 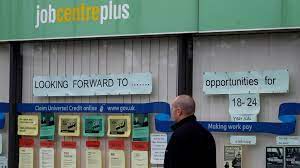 “One in five UK businesses threaten to axe jobs as furlough support is cut.

“Around one in five businesses have said they are likely to make staff redundant in response to the changing furlough rules… From Sunday, companies are being asked to contribute 20 per cent of their furloughed staff’s wages, up from 10 per cent in the previous month.” 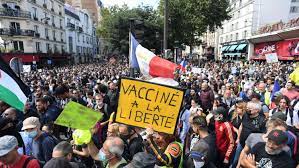 “Thousands of people have protested in Paris and other French cities over a mandatory coronavirus health pass for entry to many public venues, introduced by the government as it battles a fourth wave of infections.” 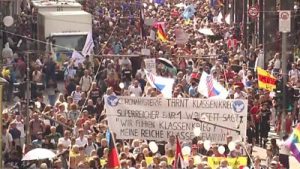 “Dozens of planned protests were banned ahead of the weekend but demonstrators began gathering at set points throughout the German capital early on Sunday. Berlin police department… said that officers were harassed and attacked by protesters.” 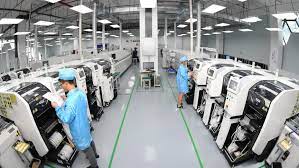 “China’s factory activity growth slipped sharply in July as demand contracted for the first time in over a year in part on high product prices, a business survey showed on Monday, underscoring challenges facing the world’s manufacturing hub.” 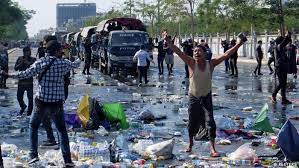 “… the World Bank is expecting an 18percent reduction in the country’s economic output, with as many as 1 million jobs lost — 5 percent of the total. With the outlook only growing worse, we may expect another large wave of migration, with severe consequences for the entire region.“ 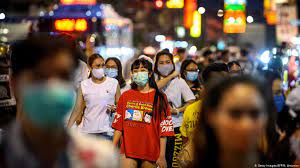 “Thailand will likely be the worst economic performer in Southeast Asia this year, with economists continuing to slash the country’s growth forecast amid surging Covid-19 infections, mounting political tensions and fading hopes for a tourism revival” 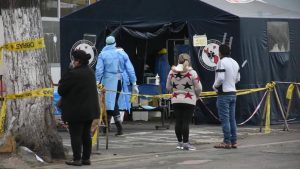 “The pandemic plunged millions of Latin Americans into poverty. Young people are inheriting the consequences.

“The coronavirus has plunged millions of Latin Americans into poverty and reversed halting regional progress toward equality — dealing an especially callous blow to young people facing the twin barriers of surging unemployment and diminished opportunities.” 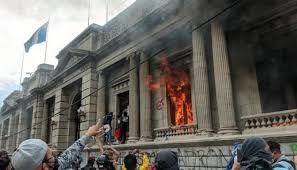 “The Guatemalan bishops’ conference called the removal of the country’s top anti-graft prosecutor “illegal and arbitrary” and said it “did irreparable damage to the country.”” 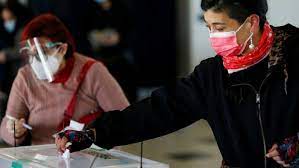 “With the economy hard hit by the Covid-19 pandemic, the poll is shaping up to be unpredictable, not least because of the influence that a left-leaning assembly tasked with drawing up a new constitution could have on the election.” 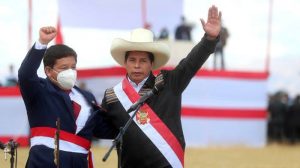 “Peru’s new president has plunged it into instant political crisis…

“Thursday night’s chaotic events appear to have put paid to that initiative. Castillo’s decision to name Free Peru [left wing] radicals to key posts outraged moderates and conservatives alike and set his administration on a collision course with the legislature.” 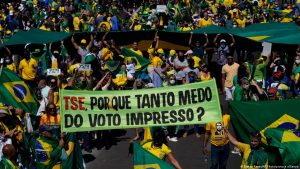 “Brazil President Jair Bolsonaro lashed out against the country’s electronic voting system on Sunday, rousing supporters who took to the streets in major cities over fears of cheating in next year’s election.” 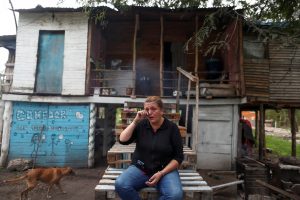 “Hard times for Argentine families to remain above the poverty line…

“An Argentine standard family of two adults and two children needed the monthly equivalent of US$ 664 or US$ 380 (depending on the official or free money exchange market), [which is double the minimum salary] to be considered above the poverty line…

“…, we think supply chain problems are here to stay, making it difficult and expensive for firms to get hold of industrial inputs even as more countries recover from the pandemic, particularly in a policy environment increasingly geared towards reshoring and domestic production.” 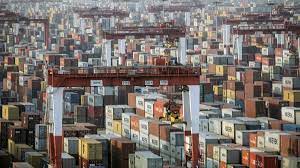 “Is the world facing an inventory recession? …All of that fitfully tracked and delayed stuff, when it finally lands where it is supposed to, looks as though it will create a big enough pile to trigger a bad inventory recession, where demand for goods drops while accumulated stockpiles are run down.

“The supply chain practitioners I’ve been interviewing figure that the port backups, unavailable trucks, Covid-19 restrictions and unskilled warehouse staff will be more or less ironed out by Chinese new year. That is on February 1 of next year. So now you have an educated guess about when the North American economy will take a dive. China seems to have already slowed.” 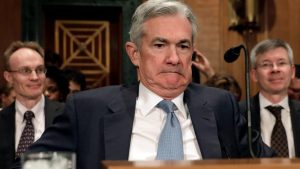 “Cash Flood Drives Use of Fed Reverse Repo to Record $1 Trillion. An overabundance of cash in U.S. interest-rate markets has for the first time ever pushed the amount that investors are parking at a major central bank facility to more than $1 trillion. 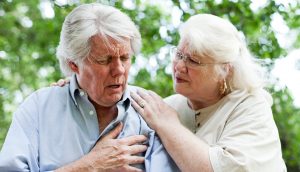 “Why low rates can’t save us… What would it take to crash this market? No one has a clue, although it is probably fair to say that it is as complex, and therefore ultimately as fragile, as a human nervous system.

“The synaptic connections are based on trust rather than neurons, however, and that is why a systemic failure would likely be total rather than merely in one “hemisphere” or the other. A further implications is that if stress levels got high enough, something akin to a stroke would result.” 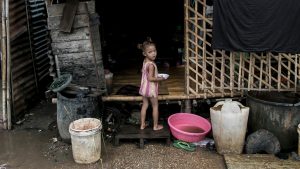 “More than 41 million people worldwide are at risk of falling into famine or famine-like conditions unless they receive immediate help.”