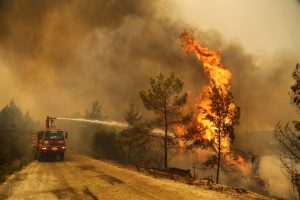 “Turkish fires sweeping through tourist areas are the hottest on record… The heat intensity of wildfires in Turkey on Thursday was four times higher than anything on record for the nation, according to satellite data passed on to the Guardian.

“At least four people were killed by blazes that swept through the tourist regions of Antalya and Muğla, forcing thousands of holidaymakers to be evacuated from their hotels by a flotilla of boats.” 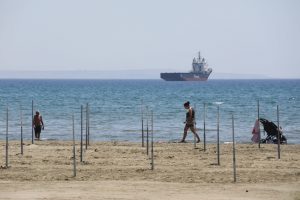 “Cyprus is sweltering under a sustained heatwave, which could last more than ten days, with maximum temperatures expected to soar to 44 degrees Celsius [111.2F] next week…

“In comments to the Financial Mirror, weather observer Eric Kitas said… Greece and Turkey could be in for their hottest days on record.” [Turkey just had its hottest day on record, so this would be pretty remarkable.] 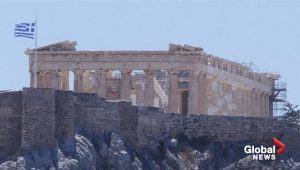 “”We are constantly recording maximum record temperatures all these years, which means that climate change is here,” said Stavros Solomos, researcher at the Centre for Atmospheric Physics and Climatology of the Academy of Athens.” 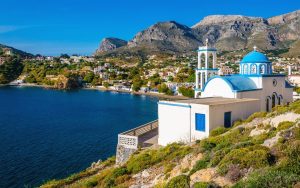 “The station of NOA (University of Athens) recorded a 24 hours minimum temperature of +32.7C [90.9F] on 29 July. This is arguably the highest 24 hours min. in Greece and only 0.5C from the European highest Tmin of July.” 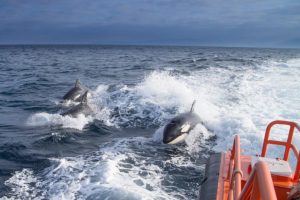 “The encounter with the jet-black marine mammals, also called orcas, happened last Wednesday (Jul 21) on what Mr Samples said was a lovely, sunny afternoon.” [These attacks have become quite the phenomenon. Anyone know what might be causing them?!] 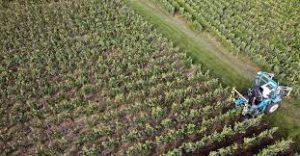 “Champagne growers struggle in one of the wettest summers on record. The rain gauges have been overflowing in Maxime Toubart’s vineyards and that is bad news for his champagne vintage.

“He says his corner of France has seen 300 mm [12 inches] of rain over the past two months, 10 times what he would normally expect…” 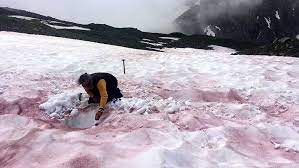 “Growing patches of coloured snow in the French Alps could be a sign of the impact climate change is having in the mountains.

“…when the snow algae grow prolifically and are exposed to strong solar radiation, they produce red-coloured pigment molecules known as carotenoids, which act as a sunshield to protect their chlorophyll.” 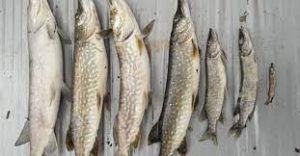 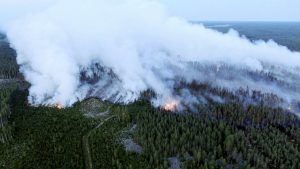 “Finland’s worst wildfire in more than half a century scorched the country’s northwest for a fifth day on Friday, tearing through forests left dry by record summer heat…

“Strong winds blowing flames from treetop to treetop had made the fire in the Kalajoki river valley the country’s second-biggest of all time.” 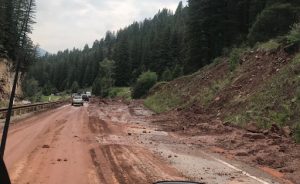 “Colorado’s unpredictable 2021 summer weather showcased an extraordinary week, where record hot temperatures were recorded on the state’s flat eastern half, while monsoon-like weather in the mountains triggered record numbers of mudslides.” 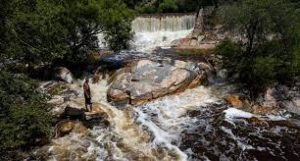 “An abnormally stormy week helped push Tucson to its wettest July in history with more than 7 inches of rain falling in the southern Arizona city so far this month.

“Tucson had recorded 7.08 inches of rain as of Wednesday, eclipsing the previous July record of 6.80 inches set in 2017…” 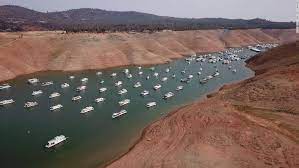 “”There isn’t a ‘normal’ anymore. We need to be prepared for anything,” said Norm McDonald, the incident commander for the Bootleg Fire in Oregon, the nation’s largest blaze, which was ignited in early July and was only 53% contained as of Friday.” 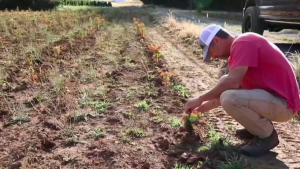 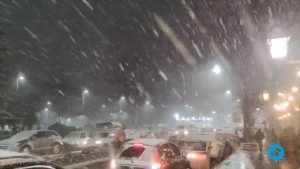 “Heavy frost in Argentina on 29 July: the almost tropical town of Formosa (26N) not far from the Paraguayan border, dropped to -2.5C [27.5F] ,its coldest temperature on record. 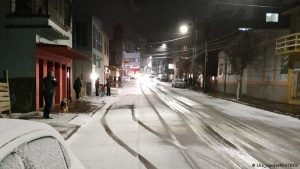 “Brazil gets snow and ice, surprising residents… Brazilians braced themselves for the coldest day of the year on Friday after some locals in southern regions saw snow for the first time…

“While it gave some people the possibility of making their first snowmen, fears have grown that essential export crops like coffee, sugar cane and oranges could be damaged by frost.“ 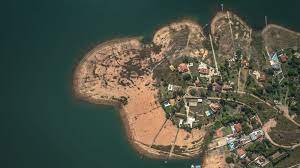 “Brazil’s water crisis adds to world’s supply-chain misery. Drought is making one of Brazil’s most important river systems unnavigable, making it more challenging and costly for the commodities powerhouse to get grains and iron ore out to global markets.

“The Parana River Basin in central Brazil is experiencing its worst water crisis in 91 years, according to the national grid operator…” 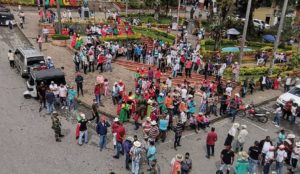 “Flooding and landslides have left thousands of refugees cut off from food supplies in Ituango, the conflict-strewn municipality in north-western Colombia.

“Roads have been blocked by mud and debris after heavy rains, while helicopters have been unable to land. As a result, the delivery of food and medical supplies has been stymied, and communications cut off.” 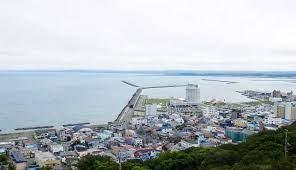 “New day in Hokkaido, Japan? New records of course! 29th July the coastal town of Wakkanai, quite famous for its long cold and snowy winters, recorded 32.7C [90.9F], pulverizing its all time highest temperature of 31.3C set on 22 August 1946.

“Even more records on the way!” 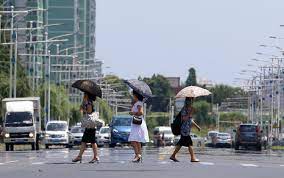 “North Korea began the summer in a food crisis. A heatwave and drought could make it worse…

“The heat in North Korea is tied to an unusually intense zone of high pressure over the western Pacific. The “heat dome” — similar to ones that have gripped parts of North America this summer — extends over northeast China, the Korean Peninsula and northern Japan, where numerous record temperatures were set Wednesday.” 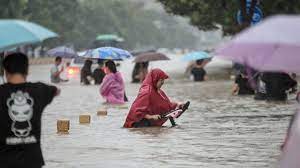 “…experts say the storm that drowned Zhengzhou was more than any city’s drainage system could handle. And because of climate change, these kinds of storms are becoming increasingly common around the world.” 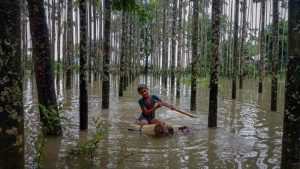 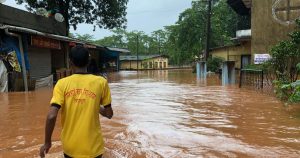 “At least 209 people are confirmed dead… The floods are reminiscent of a similar catastrophe that hit the region in 2005… But residents in Chiplun, home to about 150,000 people, say the tragedy this year was worse.” 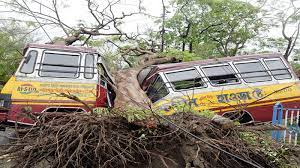 “Intensity of severe cyclonic storms in the North Indian Ocean region showed an increasing trend over the past four decades, the Union ministry of science and technology said… 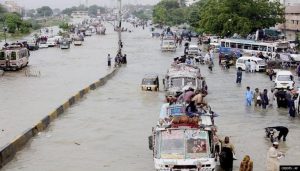 “Afghan officials gave a death toll of 60 but the Taliban say 150 people died in the flooding, the Associated Press news agency reports.” 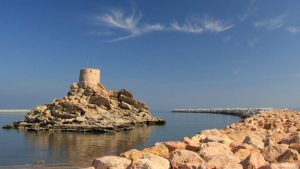 “29th July was a terribly hot day in Muscat, capital of the Sultanate of Oman. 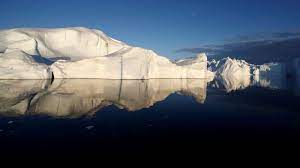 “While the number of gigatons lost is not as extreme as in 2019, a record melt year, the overall area of the ice sheet that is shedding mass is actually larger, according to Polar Portal…” 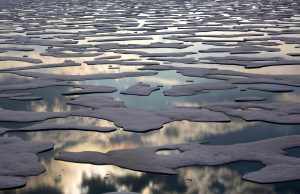 “Climate change: Scientists call for ‘refreezing’ of the Arctic after several ‘never before’ events…

“British scientist Sir David King, chair of the CCAG told Sky News, “We can manage this. I believe we’ve got five years to set in train a whole series of a programme of work. And if we do all of that, we will have a safe future for mankind going well into the next century.”

“Otherwise “we are looking at a situation in the near future that is really too grim to to contemplate,” he said.” [FWIW my feeling on this kind of geo-engineering is why not? We may bump up hard against the law of unintended consequences but it’s not like we have a huge amount to lose at this stage.]