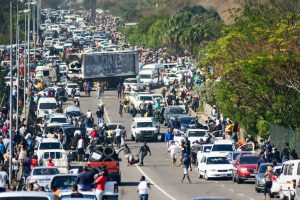 “The pandemic leads to another summer of anger… Though quieter in the United States than a year ago, this month has seen a dramatic spasm of protest in other parts of the world…

“A team of researchers at the Institute for Economics and Peace, a global think tank, tracked more than 5,000 pandemic-related violent events between January 2020 and April 2021.

“The protests on view from Latin America to the Middle East reflect mounting unemployment, as jobs in the informal economy vanished with no recompense, and hunger as food prices spiked, as well as the backsliding of millions of people around the world into poverty.” 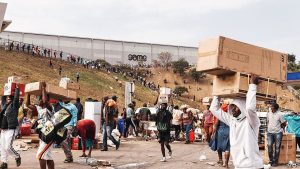 “From Tunisia and South Africa to Colombia, social unrest is sweeping through developing countries, a reminder of income inequalities that have deepened during the COVID-19 crisis.” 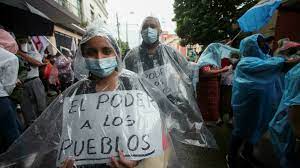 “In Guatemala City, a crowd of thousands of people marched from the presidential palace to the attorney general’s office holding signs that said “Giammattei, Resign.” Demonstrators set fire to tires and threw paint over police deployed to protect government buildings.” 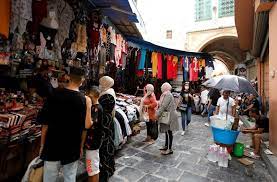 “”Since the [2011] revolution, everything has gone backwards – from bad to worse when you consider tourism. At this time of year, the market used to be crowded with visitors, but now it is the opposite, there are just a few people,” store-owner Monther said.” 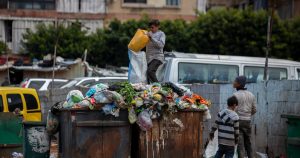 “‘Thousands of children going hungry’ a year after Beirut blast…

“The cash-strapped government has faced shortages of fuel, medicine and basic goods, which have resulted in surging prices. Most Lebanese families face hours of power cuts daily, while millions are on the brink of losing access to safe water, according to the UN.” 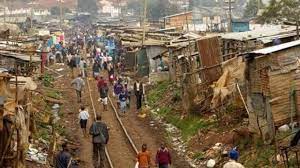 “While many poor rural people move to the cities in the hope of better livelihoods, masses of Nigerians – especially from the country’s middle class – seek greener pastures abroad.”

“[US] Food programs helped fight hunger during the pandemic. But will they last?

“… some of those programs could soon expire despite having demonstrated their ability to combat hunger, especially among children, according to food security advocates.” 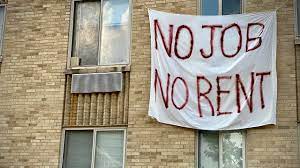 ““I think the pandemic really highlighted for a lot of people how important it is to have an emergency fund,” said Michelle Brownstein, a certified financial planner and senior vice president of Personal Capital’s private client group.

““I think a lot of people were put in a very tough financial position, to put it nicely.”” 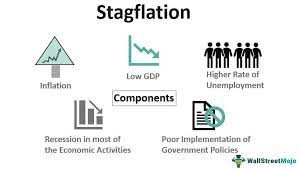 “Stagflation would be the ‘worst possible outcome’ for all assets… what if instead of inflation, markets entered a period of stagflation – when economic growth slows in conjunction with higher unemployment and rising prices? [Stagflation seems very likely to me. Certainly GDP growth was negligible in the UK and many developed nations *before* the pandemic.]

“…Laith Khalaf, analyst at AJ Bell, said, “In a stagflation environment I would expect all stocks to come under pressure.”” 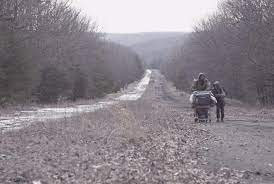 “New Zealand rated best place to survive global societal collapse. New Zealand, Iceland, the UK, Tasmania and Ireland are the places best suited to survive a global collapse of society, according to a study.

[UK should not be on there – far too densely populated relative to cultivable land and even more so if you factor in all the arable land that is reliant on chemical fertilizers, which I think it is reasonable to assume would no longer be available in a situation of societal collapse… Perhaps southern Argentina? Parts of Russia? All bets are off though once we have a “Blue Ocean Event” in the Arctic. Growing food anywhere will be tough after that].

“The researchers said human civilisation was “in a perilous state” due to the highly interconnected and energy-intensive society that had developed and the environmental damage this had caused.”

You can read the previous ‘Economic’ thread here. I should be back at some point over the weekend with a ‘Climate’ thread.