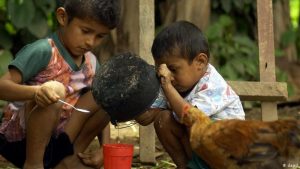 “Global food prices are rising at their fastest rate in a decade, exacerbating the troubles of the world’s most vulnerable nations as they struggle with the fallout from the coronavirus pandemic. 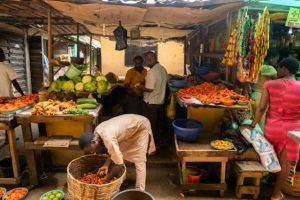 “In Lagos, Nigeria, families struggle to survive as food prices soar… Africa’s most populous nation with 210 million inhabitants, Nigeria competes with India for the largest number of poor in the world.

“…battered by the double economic impact of low global oil prices and the pandemic, the World Bank estimates Nigeria’s soaring inflation and food prices pushed another seven million people into poverty in 2020.”

“Regionally, food baskets in all areas except the Johannesburg came down very marginally in June, bringing no real relief to struggling households.” 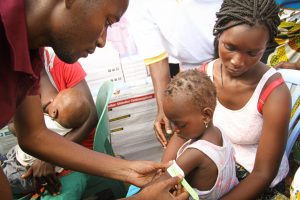 “Africa Reeling From Spike In Hunger, Malnutrition And NCDs Due To Covid-19.

“Many African countries are reeling from a spike in hunger, malnutrition and non-communicable diseases (NCDs) due to the Covid-19 pandemic-linked disruptions on the continent’s food production systems, scientists have said.” 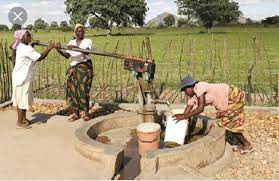 “Since the beginning of 2019, the well-being of the average Zimbabwean has deteriorated. A potent combination of poor job prospects, high inflation, inconsistent power supply, and volatile policies among other socio-economic issues have drawn Zimbabweans to voice their grievances time and again.” 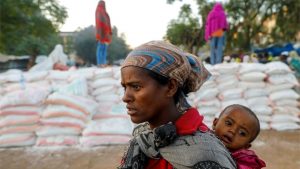 “A bridge leading into Tigray, one of four access routes into the region, was destroyed in the fighting, aid groups said on Thursday, leaving only one viable, slower route. Aid groups fear that food parcels will not reach the estimated 350,000 people who need them on time.” 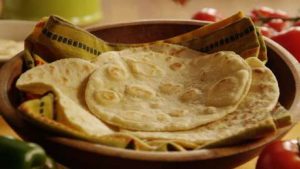 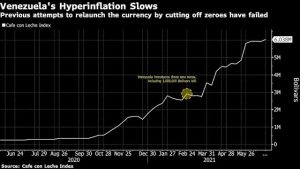 “Venezuela to Cut Six Zeroes Off Bolivar to Simplify Transactions… 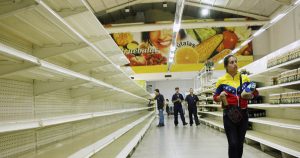 “Food Markets in Caracas Empty Out as Inflation Hits the Poorest.

“In a country suffering what’s considered the Western Hemisphere’s worst humanitarian crisis, Venezuela’s pain is hitting a new order of magnitude as the food markets of Caracas turn into ghost towns.” 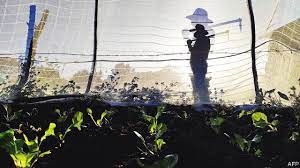 “Cuba is facing its worst shortage of food since the 1990s…

“The government blames the shortage of food mostly on sanctions imposed by the United States—sanctions which, on June 24th, the un General Assembly voted to condemn, as it has done nearly every year since 1992. But since 2001 the sanctions have exempted food…” 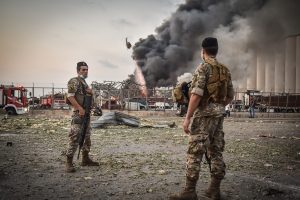 “The international community fears if the armed forces were to disintegrate, local sectarian militias would rise in a country ripe to catapult into complete chaos… The survival of the Lebanese army is essential to avoid another wave of migration to Europe and a bulwark in any future confrontation between Hezbollah and Israel.” 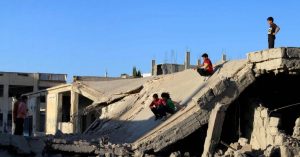 “If humanitarian aid deliveries are only allowed across conflict lines within Syria, Western nations will stop the funding, France warned Russia Thursday as Moscow is expected to block the reauthorization of United Nations-mandated cross-border aid operations into northwestern Syria.” 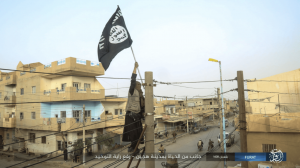 “‘Poverty and inequality’ paving way for IS resurgence in Syria and Iraq, US warns.

“The deteriorating economic conditions in Iraq and Syria are allowing the Islamic State (IS) group to reconstitute, the State Department’s envoy to the US-led coalition battling the group has warned.” 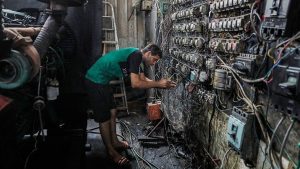 “A political and social crisis in Iraq has escalated in recent days, as soaring temperatures, widespread protests and rolling blackouts take hold of the oil-rich south of the country.”

“Raisi will inherit an economy that has contracted in each of the past three years, even as the Iranian rial has lost 80% of its value and inflation is around a crippling 40%. The strikes and protests suggest workers are not inclined to give him much time to set things right.” 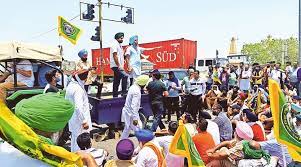 “A day after the Punjab government curtailed the timings of government offices as the electricity demand in the state rose to more than 14,000 MW a day, Shiromani Akali Dal workers on Friday took to the streets to protest against the administration.” 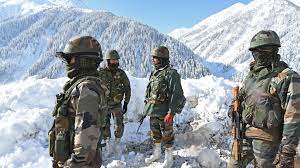 “The reorientation means that India will have more troops acclimatized to fight in the high-altitude Himalayan areas, while the number of troops destined exclusively for the western border with Pakistan will see a gradual decline.” 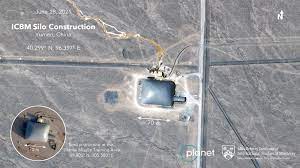 “China has begun construction on more than 100 missile silos for intercontinental ballistic missiles in a desert near the northwestern city of Yumen, experts have said.

“Researchers at the James Martin Center for Nonproliferation Studies in California have obtained commercial satellite images that they say show the construction of the silos underway.” 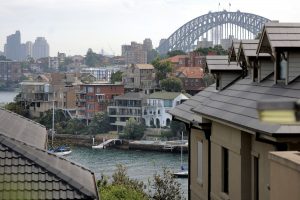 “Wild Tales From the Property Frenzy in Australia and Beyond…

“As prices mount, so do the risks for both individuals and society. Even without an outright crash, big mortgages mean borrowers are vulnerable if interest rates rise, have less disposable income to spend in the wider economy and are more likely to retire in debt.” 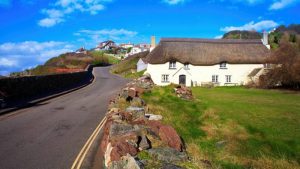 “House prices are rising across the world at a hair-raising pace: in the US at their fastest rate for three decades while the UK has experienced the quickest growth rate for 17 years. Prices in Germany, which missed much of the past four decades of rising house prices, have surged.” 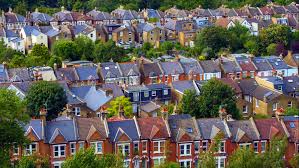 “Is the UK housing bubble about to burst?

“…A more pessimistic scenario is that the end of the stamp duty holiday will puncture a huge mortgage credit-driven housing bubble that will ripple through the financial system and damage the nascent Covid recovery.” 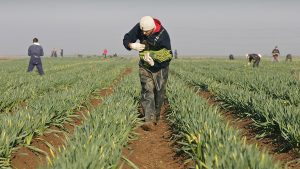 “UK Supermarkets have been warned of a growing risk of modern slavery in supply chains as businesses desperately strive to tackle the ongoing labour crisis.

“Labour shortages continue to take hold across the UK food supply chain with 78% not expecting to have a sufficient workforce this year, according to a recent survey by the Association of Labour Providers.” 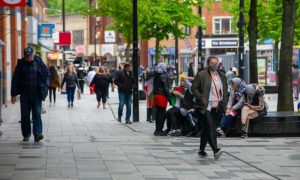 “A third English local authority has declared itself effectively bankrupt after the discovery of a “catastrophic” £100m black hole in its budget – the result of what it admitted had been years of poor financial management and mishandling of commercial investments.” 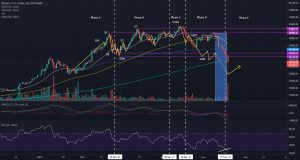 “ECB to crack down on dangerous risks in banks’ leveraged lending.

“Banks are too complacent about the excessive risks building up in leveraged loan and equity derivative markets and can expect higher capital requirements as a result, the European Central Bank’s head of supervision has warned.” 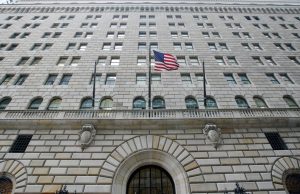 “The Federal Reserve of New York’s overnight reverse repo facility has set a new record deposit level. The facility took in $991.9 billion in short-term deposits from 90 counterparties on June 30.

“That figure was nearly 18% larger than the previous record, set only the day before, when the reverse repo window took in $841.2 billion.” 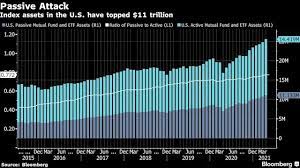 “Fifty years since the first fund was created to mimic the moves of an entire market, naysayers fear the industry is now so big it threatens the capitalist social order.”