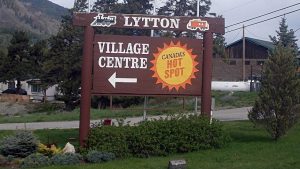 “Lytton, B.C., has broken the record for the hottest temperature ever recorded in Canada for a third straight day, hitting a scorching 49.6 C [121.3F] on Tuesday…

“Lytton, a village in the Fraser Canyon located about 260 kilometres northeast of Vancouver, also saw record-breaking highs of 47.9 C on Monday and 46. 6 C on Sunday.

“Before this week, the highest temperature ever recorded in Canada was 45 C in Saskatchewan in 1937.” 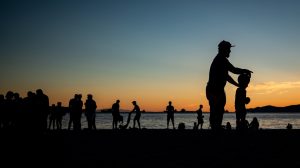 “For the first time Canada matched the North America highest temperature in one calendar day. Today Lytton and the Death valley were tied as the hottest stations in North America… 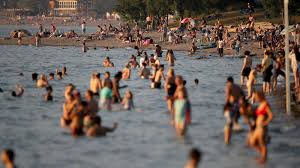 “1-Only 3 US States now have higher Tmax records than Canada.

2-Canada record high is now higher than those of Europe and South America. 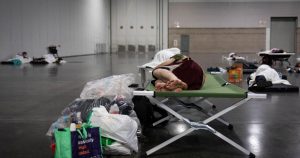 “A ‘heat dome’ engulfing Canada and the US states of Washington and Oregon is thought to have caused dozens of deaths, officials said on Tuesday.

“Police in British Columbia said they had responded to 65 sudden death callouts since the heatwave began in the region on Friday.”

“29th June was historic for the State of Oregon. 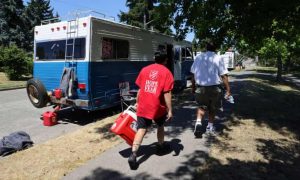 “It was the third day of record temperatures in the city, with state capital Salem even hotter at 47.2C (117F).” 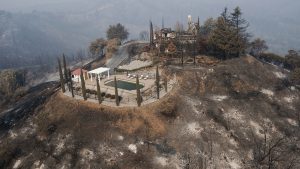 “The heat wave baking the Pacific Northwest.. also made its way into the northernmost parts of California — according to the National Weather Service…

“Redding in Shasta County clocked in a weekend high of 112 degrees on Saturday. Montague, a city in Siskiyou County, recorded 109 degrees on Sunday — an all-time high.”

“Trees are dying of thirst in this heat and drought… In California, more than 129 million trees have died as a consequence of a severe drought in the last decade…

“During prolonged droughts and extreme heat waves… even native trees that are accustomed to the local climate can start to die.” 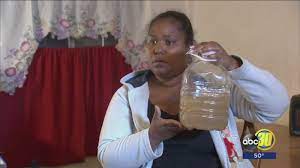 “An entire town in California is without running water as the state suffers a drought and a heat wave pushes temperatures into the triple digits.

“Teviston, a rural community in the San Joaquin Valley’s Turea County, has been struggling since early June when the only functioning well stopped working, leaving more than 700 residents without running water.” 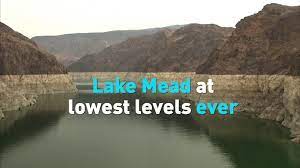 “Is it time to start thinking about the worst-case scenario on Lake Mead?

“…are we thinking radically enough about what the lake and the larger river basin are up against? That’s a key question for states leading up to 2026, as we negotiate the next 20 years of guidelines for the river.” 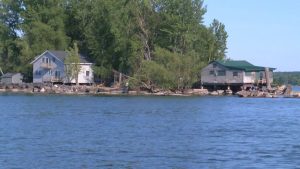 “Lake Ontario is experiencing its driest season since 1966 [after severe flooding in 2017 and 2019] and the current forecasts say conditions are unlikely to improve as the lake already reached its peak for the year.” 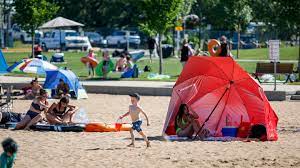 “…the jet stream is dragging in hot, humid air from the southwest. We also have an area of high pressure in the upper levels of the atmosphere… There’s one over the Pacific Northwest which is why they are shattering records. But we also have one here on the east coast that’s bringing its own extreme heat and humidity.” 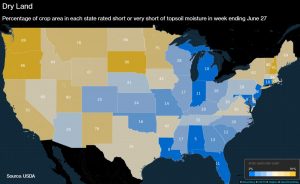 “The world is counting on farmers in North America for big harvests of everything from corn to canola this year. Due to weird weather patterns, growers will likely come up short.” 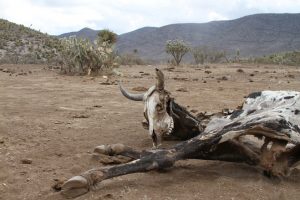 “The worst drought in decades, according to NASA, may have persuaded policy makers to turn hawkish, central banker Gerardo Esquivel said in a subsequent interview.” 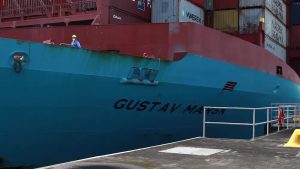 “Panama Canal climate change puzzle: too little rainwater or too much.

“The Panama Canal faces a creeping threat from climate change, including droughts so intense that ships sometimes reduce their cargo so as not to run aground, and giant storms that almost overwhelm its dams and locks, canal officials say.” 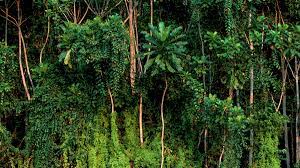 “Experts warn of ‘alarming loss’ of biodiversity in Tropics.

“Despite the huge biodiversity found in the Earth’s tropical regions, many of its species are endangered due to climate change, deforestation and logging, making it the area with the highest rate of biodiversity loss on the planet.” 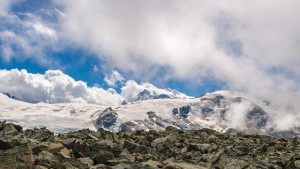 “Glacier ice on the mountaintop now covers significantly less area in the tropical region compared to 50 years ago. The change has been linked to rising global temperatures, according to a latest study.” 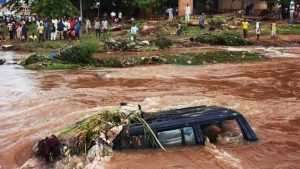 “On Monday, Jun. 28 an official stated that seven persons as a minimum lost their lives in floods that swept parts of southern Ghana… More losses are expected as a search drive carries on in the city of Kumasi, according to the official.” 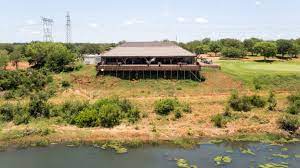 “Another Heat wave in the middle of the South African winter.

“Thanks to hot berg winds, 29th June the NE areas bordering Mozambique witnessed near record level temperatures, the highest being at Skukuza with 36.4C [97.5F],followed by Komatidraai with 34.7C.”

“A Heat wave is also intensifying in the Middle East. 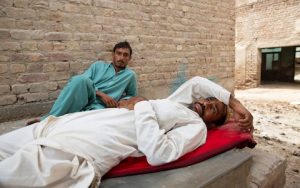 “Hotter than the human body can handle: Experts fear Jacobabad’s extreme heat [Pakistan] and humidity may worsen with climate change – and that other cities may join the club. When the full midsummer heat hits Jacobabad, the city retreats inside as if sheltering from attack.

“The streets are deserted and residents hunker down as best they can to weather temperatures that can top 52C (126F).“ 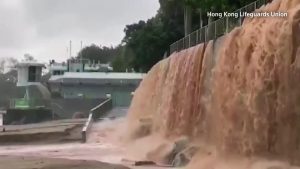 “Heavy torrential rains lashed parts of Hong Kong, triggering landslides in many places which led to traffic and suspension of activities.” 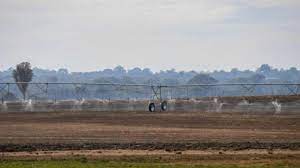 “NSW lost the equivalent of Sydney’s CBD to clearing for farming, forestry and other uses in 2019 every two days, continuing the accelerated deforestation pace that followed the loosening of native vegetation laws.” 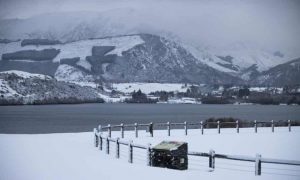 “An Antarctic blast has brought wild weather and snow to New Zealand, with people on parts of the coast near the capital urged to leave home before huge swells hit the shoreline.” 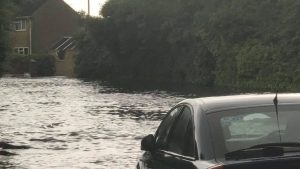 “”Unprecedented and extreme weather” was the cause of “significant storm damage” in Chard yesterday (Monday, June 28), Somerset County Council has said. A statement issued today said the weather event was unprecedented but their teams “were quick to respond.”…” 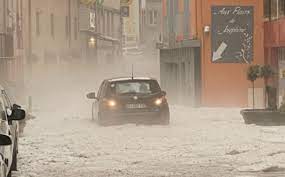 “It looked like winter had returned to eastern France after a dramatic storm has buried one town under 60cms of hail and forced homeowners to dig out their snowshovels to clear the streets.” 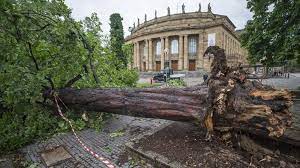 “Storms in Germany blow roof off opera house and flood stage as people sit inside.

“Thunderstorms and torrential rain have caused dozens of accidents in southern and western parts of Germany with hundreds of firefighter operations required. In Bavaria villages were flooded and streets were completely covered in mud and water…” 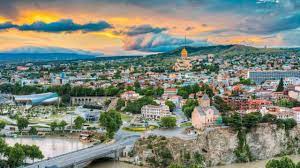 “28th June the capital of the Republic of Georgia has already recorded its highest temperature on record for June with a partial 38.9C [102F].

“Nearly a dozen capitals between Europe and the Caucasus had their hottest June day on record.” 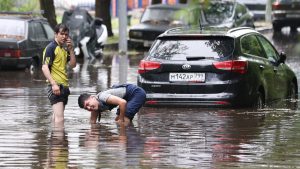 “Torrential rains pounded Moscow on Monday after the city’s 142-year record heatwave over the past week. Roofs were ripped from buildings while many Metro stations and city streets flooded from the downpour.” 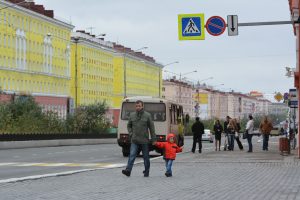 “The looming Arctic collapse: more than 40% of north Russian buildings are starting to crumble…

“Russia’s Minister of Natural Resources Aleksandr Kozlov minister confirms that more than 40 percent of all buildings in the North are now experiencing deformation in their building structure. And the construction of roads and railways is getting increasingly difficult…”

“Heatwaves and the danger of the Arctic Ocean heating up… 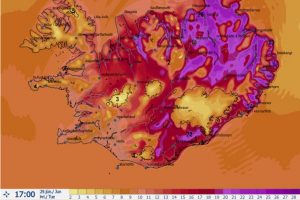 “…“How warm will it get [today and tomorrow]?” he asks on the website blika.is. “My guess is up to 28 or 29°C [82-84°F]. The forecast calls for cloudy skies and limited sunshine, but partly cloudy [tomorrow]…This will surely be an attempt at setting a national heat record…” [edit; I don’t think it got there; I’ll update in my next climate thread]. 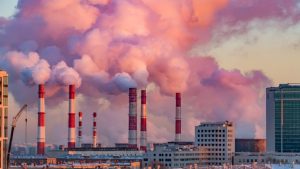 “Projects in development will remove only a fraction of the amount of carbon dioxide (CO2) from the air that needs extracting by 2025 to meet the global Paris climate target and avert catastrophic warming, a report said on Wednesday.”