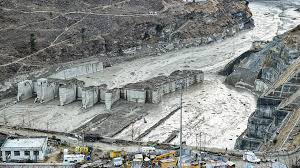 “The team calculates almost 27 million cubic metres of material was put into a minute-long descent that at one point was in complete freefall.

“To put this volume in context, it’s about 10 times that of the Great Pyramid of Giza in Egypt… the frequency of rock falls in the Himalaya is increasing as temperatures rise.” 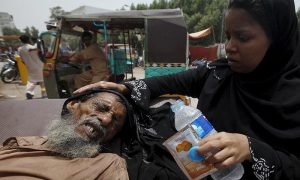 “All primary and middle schools in both summer and winter zones of Khyber Pakhtunkhwa have been closed indefinitely owing to an intense heatwave in the province… Last week, 25 students at a government-run school in Bara Kahu fainted because of a power outage.” 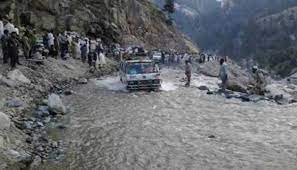 “At least ten people have been killed in different parts of Pakistan as torrential rains and strong winds continue to wreak havoc by causing floods and uprooting trees.” 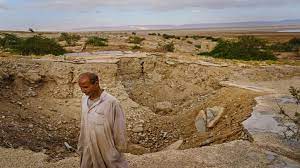 “Jordan is one of the world’s most water-deficient countries and experts say the country, home to 10 million people, is now in the grip of one of the most severe droughts in its history.“ 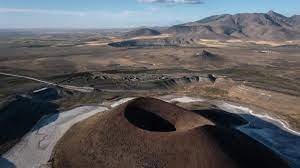 “The region produces wheat and sugar beet but drought and the depletion of groundwater has raised questions over whether agriculture is sustainable.” 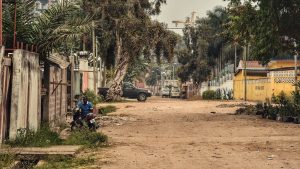 “10th June was the hottest June day ever in the Republic of Congo (with capital Brazzaville). Ouesso recorded 36.3C [97.3F] which beats the previous record of 36.1C set at Gamboma in June 1950.

“This is the 51st national monthly record of Tmax vs. 3 of Tmin in 2021 [remarkable given that La Nina was in effect for most of this year].” 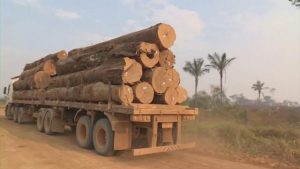 “Last year, Brazil faced the worst forest fires in a decade. But 2021 could be worse according to data released by Brazil’s National Institute for Space Research.” 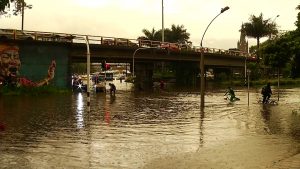 “The Administrative Department for Disaster Risk Management also reported that, during the heavy rainfall in the Antioquia capital this Friday, line 123 received more than 500 calls related to emergencies.” 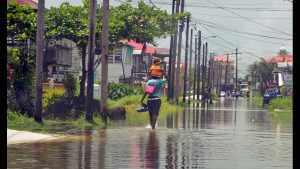 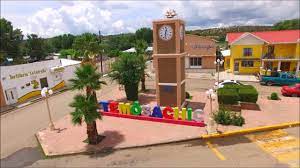 “11th June was a historic day in the Mexican town of Temosachic located in the State of Chihuahua at 1870m above sea level. 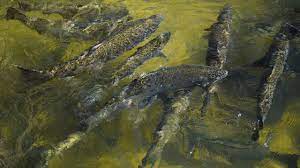 “The Wild Plan to Save 17 Million Salmon From California’s Megadrought by Driving Them to Sea.

“Usually, California’s iconic Chinook salmon hatch in freshwater bodies and then swim out to sea for most of their adult lives. But this year [they] will be hitching a ride downstream because severe drought conditions have made their traditional path untenable.” 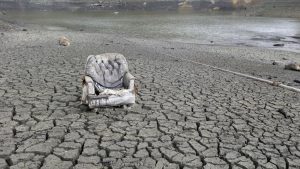 “‘Dire situation’: Silicon Valley cracks down on water use as California drought worsens.

“The 19.22 inches of rain recorded at the Rohwer Research Station in Desha County on Tuesday morning represented the second-highest rain total ever recorded in Arkansas during a 48-hour period, according to the National Weather Service.” 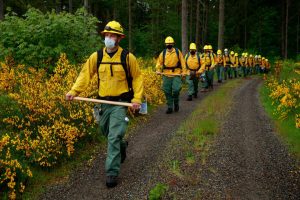 “‘Really Nervous’: Washington Heads Into Wildfire Season With a Drought and Record Number of Early Fires.

“Residents across the state these past several years have become intimate with one or another hellish manifestation of wildfire season: blankets of smoke muddying the air; swaths of forest and grasslands scorched; homes, businesses and towns burned to the ground; lives lost. Even the rainforests have caught fire.” 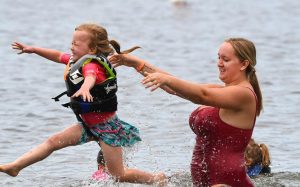 “”…obviously, breaking one record is rare but when you’re breaking a number of them in a row over a multiple stretch of days is abnormal and just a sign of how strong that heat wave was across much of the region.”” 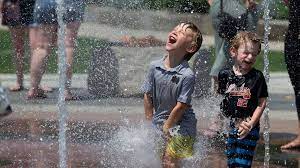 “We can now officially say that this June has started in a way unlike any other June on record in the Stateline [Illionois]!

“…Never before has a June commenced with ten 90°+ days in the first 13 days of the month. A normal June sees four such days in the entire month, and an entire calendar year generally hosts 21 days of 90°+ heat.” 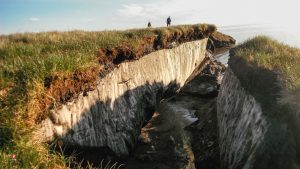 “Melting permafrost is giving much of northern Alaska a sinking feeling.

“…people are noticing the appearance of sinkholes… That yawning hole, which opened near a landowner’s shed a few years ago, could swallow a truck if its driver veered off the nearby gravel road.” 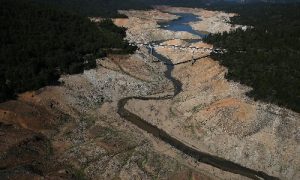 “Researchers have recently found that several long-lasting human-made contaminants have been building up in Arctic lakes, polar bears and ringed seals and other wildlife.” 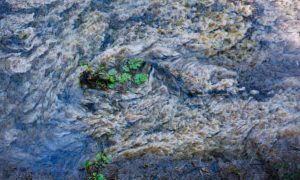 “Water companies are being allowed to unlawfully discharge raw sewage into rivers at a scale at least 10 times greater than Environment Agency prosecutions indicate, according to analysis to be presented to the government.” 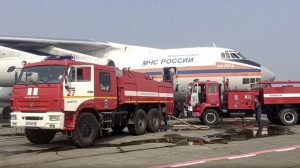 “The state agency responsible for fighting forest fires, Avialesookhrana, said the largest blaze was in the far northeast’s Sakha Republic, where 34,000 hectares (74,000 acres) were on fire.” 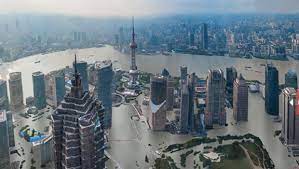 “Trillions of dollars of economic activity along China’s east coast, including $974bn in Shanghai alone, are exposed to oceans rising as a result of climate change this century, according to Financial Times analysis of unpublished data.” 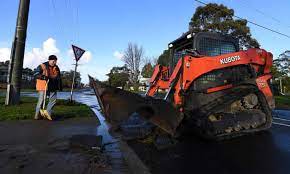 “Emergency management commissioner Andrew Crisp confirmed 39,000 homes remain without power on Sunday, down from 300,000 immediately after the storm, which began on Wednesday night.” 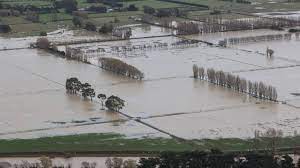 “Some of Canterbury’s floods [NZ] labelled a one-in-200-year event.

“During the floods, at the end of May, an Environment Canterbury rain gauge in Mt Somers recorded its largest 48-hour rainfall ever, with 526mm [20.7 inches]. Another rain gauge about 10km away recorded 310mm in the same period.” 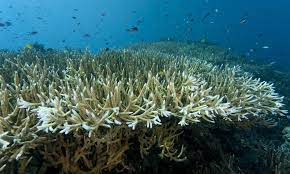 “In a recent study of underwater ecosystems, researchers made the grim discovery that coral reefs could become extinct in 30 to 50 years if steps aren’t taken to mitigate climate change… The group identified elevated sea temperatures as one of the main causes of a rise in mass coral bleaching episodes.” 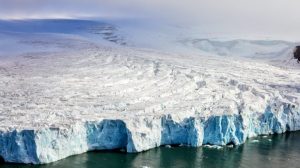 And in case you missed this on my economic thread: “Pine Island Glacier’s Ice Shelf Is Ripping Itself Apart – Speeding Up Key Antarctic Glacier...

““The loss of Pine Island’s ice shelf now looks like it possibly could occur in the next decade or two, as opposed to the melt-driven subsurface change playing out over 100 or more years,” said co-author Pierre Dutrieux…”