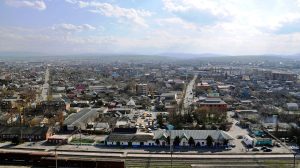 “22nd May [was] a historic day in the Russian Federation with the temperature rising to 39.7C [103.5F] at Khasavyurt in the Republic of Dagestan. This is the highest temperature ever recorded in spring in Russia.”

[Dagestan is a somewhat disputed territory, so whether or not we can call it Russia is perhaps open to debate but this is an apolitical post.

May heat records have been falling across The Caucasus.] 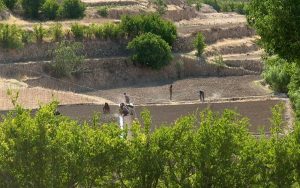 “Orchards on Mount Shingal are on the verge of drying out, severely affecting the livelihood of local farmers. Most of the produce grown on Mount Shingal’s orchards is figs and grapes, with more than a thousand families in the area depending on the crops for their livelihood.” 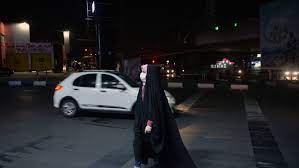 “…a government report this month said precipitation was down 43 percent compared to the country’s long-term average, warning of reduced water supplies for the year.” 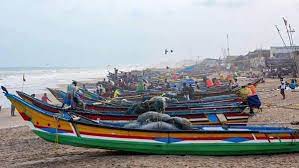 “The oil ministry has taken steps to secure offshore oil and gas installations as well as shipping vessels, with Cyclone Yaas expected to the hit the coasts of northern Odisha and West Bengal by Wednesday evening.” 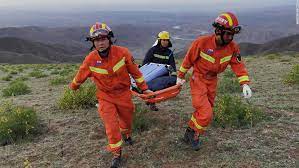 “”In a short period of time, hailstones and ice rain suddenly fell in the local area, and there were strong winds. The temperature sharply dropped,” Baiyin city mayor, Zhang Xuchen, said on Sunday.” 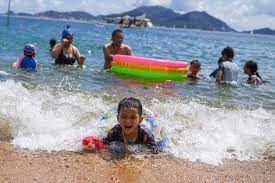 “A hiker died as the persistent heatwave hitting Hong Kong reached its peak on Sunday afternoon when temperatures rose above 36 degrees Celsius (96.8 degrees Fahrenheit), making it the hottest day in May on record.” 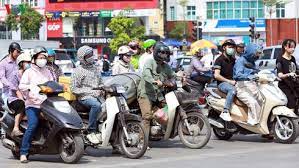 “The harsh heat wave in Southern China, Northern Vietnam and Northern Laos reached its peak on 23rd May with the temperature rising to 44.1C [111.4F] at Yuanjiang in the Yunnan Province, which smashed the previous all time record of highest temperature if the city by a full 1C.” 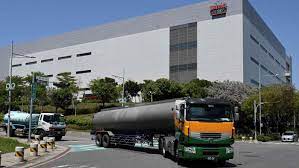 “The world’s largest microchip maker is buying tanker trucks full of water to keep its plant going as farmers struggle to make ends meet during the worst drought in the history of Taiwan.” 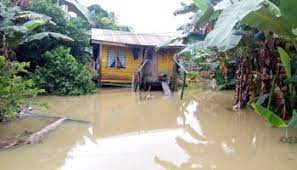 “Over 5,000 people have been forced from their homes after days of flooding in East Malaysia.

“Malaysia’s National Disaster Management Agency (NADMA) reported flooding in parts of Sabah State from 17 May 2021. Areas in the neighbouring state of Sarawak were flooded from 20 May.” 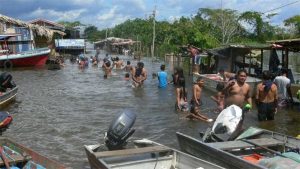 “The level of the Rio Negro has already reached the second highest milestone in history and the forecast is that it will continue to rise. The capital, Manaus, is 13 centimeters away from registering the biggest flood in the last 100 years.” 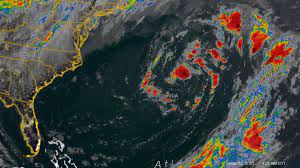 “For seventh straight year, a named storm forms in Atlantic ahead of hurricane season.

“Scientists say the recent tendency for preseason storms is another sign of the effects of climate change on tropical weather systems.” 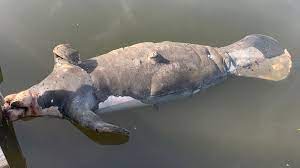 “Florida’s manatees are dying in record numbers after tens of thousands of acres of vegetation critical to their survival was wiped out by pollution.

“More have died in the first five months of this year than were lost all of last year, many victims of a famine caused by a series of algal blooms that blanketed waterways and choked off their staple diet of seagrass.” 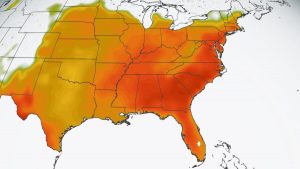 “CNN meteorologist Allison Chinchar says many cities in the US Southeast and mid-Atlantic are seeing abnormally high heat and will experience multiple days of record heat.” 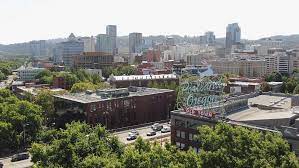 “May could be another record-breaking dry month for Portland… Portland is shattering records that climatologists don’t want us to break. Last month, the city set a new record for the driest April since 1956, and May isn’t far behind.

“Out of the 22 full days we’ve had in May, just three have had measurable rain in Portland.” 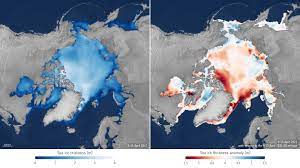 “With alarm bells ringing about the rapid demise of sea ice in the Arctic Ocean, satellite data have revealed how the intrusion of warmer Atlantic waters is reducing ice regrowth in the winter.” 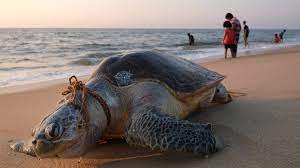 “Scientists say it will take millions of years to undo the damage humanity is currently causing on the world’s biodiversity, described as a 6th mass extinction.

“A new study found that the rate of biodiversity decline in freshwater ecosystems outcompetes that during the end-Cretaceous mass extinction event, which wiped out the dinosaurs.” 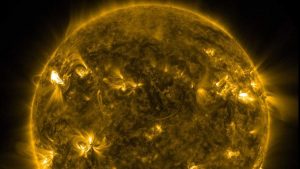 And just for interest: “Solar Storms Are Back, Threatening Life as We Know It on Earth…