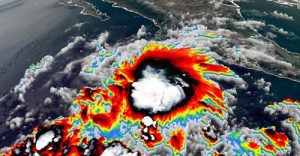 “Tropical Storm Andres is the earliest tropical storm to ever form during the satellite era in the eastern Pacific, surpassing Adrian in 2017. Andres also holds the distinction of developing before the official start of eastern Pacific hurricane season, which begins on May 15.” 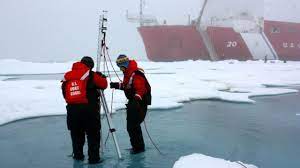 “For the past decade, scientists have observed abnormally low sea ice extent. While most of the cause has been attributed to a warming Arctic climate, a new study from the University of Alaska Fairbanks has found evidence that warming waters outside the Arctic are impacting sea ice as well.” 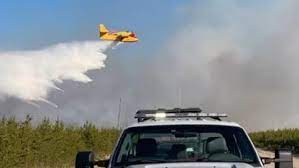 “A rural municipality in southeast Manitoba is declaring a local state of emergency as a forest fire, burning for more than 24 hours, crossed a highway on Sunday and is forcing traffic to be rerouted.” 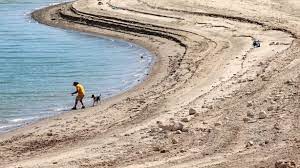 “Utah and the rest of the West are headed into the summer facing extreme drought conditions and calls for water conservation are only going to heat up as temperatures climb.

“This week, Utah Gov. Spencer Cox issued an executive order prohibiting state agencies from watering during the hottest times of the day — between 10 a.m. and 6 p.m…” 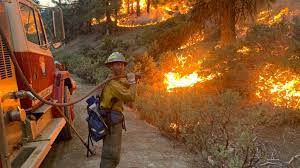 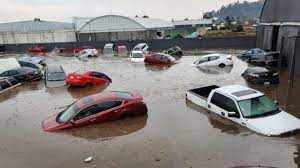 “Through social networks a shocking video circulates where you can see about 30 cars floating, as if they were rafts, inside a parking lot. The events occurred in the “Nueva Vida” church in the La Michoacana neighborhood.” 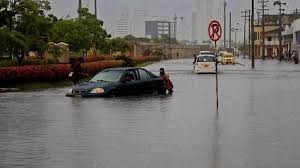 “The winter wave in Antioquia [Colombia], which has been going on for several weeks, continues to wreak havoc…

“According to the Administrative Department of Risk Management of Antioquia (Dapard), “so far in the first rainy season there have been 71 emergencies derived from 4 torrential floods, 6 sudden floods, 21 floods, 32 mass movements , a storm electricity and 7 gales…” 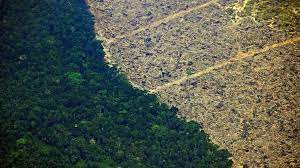 “Deforestation in the Brazilian Amazon surged during the month of April, ending a streak of three consecutive months where forest clearing had been lower than the prior year. 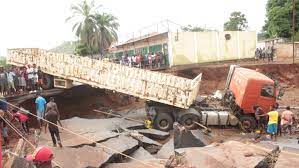 “About 4,000 people are homeless in the province of Cuanza-Norte, northern Angola, because of the rains that fell this Saturday, in the municipalities of Banga, Cambambe, Samba Cajú and Ngonguembo, with an incidence in Cambambe.” 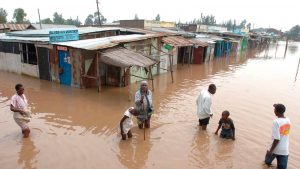 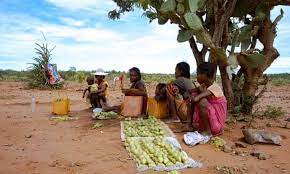 “The south saw 50% of its usual rains during the October planting season, in a fourth year of drought… People eating termites and clay as UN says acute malnutrition has almost doubled this year…” 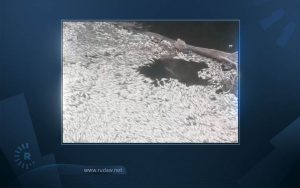 “Thousands of fish have died in a stream that runs by the village of Celebiyan Cayi in Turkey’s Diyarbakir province. The government is investigating the cause, but villagers think it’s because of pollution and drought.

““There was no oxygen for the fish, so they died,” said villager Nadim Oluk.” 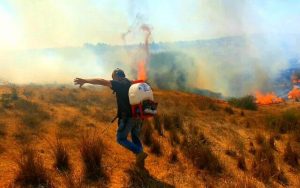 “At least 35 fires broke out in southern Israel on Sunday, as terrorists from Gaza launched incendiary balloons at the Jewish state in the midst of a late spring heatwave. 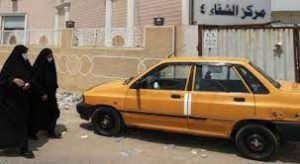 “Saturday, three children died inside a locked car in Al-Baladiyat area in Baghdad due to the severe heat, as the Iraqi capital goes through a heatwave.“ 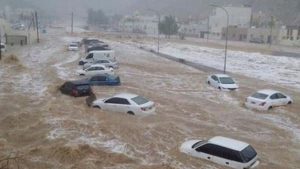 “Oman’s government pledged on Sunday to help farmers whose land and crops were damaged by heavy rain and flooding last week.

“Minister of Agriculture, Fisheries and Water Resources Dr Saud Al Habsi visited farmers in areas that were affected by the rains that lashed Oman since Wednesday.” 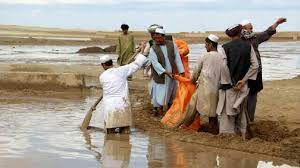 “The death toll due to flash floods in Afghanistan reached 78 on Saturday, with 32 people still missing, officials said.

“More than 2,600 houses were also partially or fully damaged in days of heavy rains that battered the war-ravaged country earlier this week.” 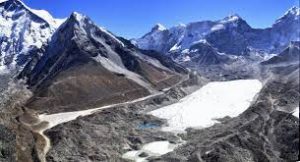 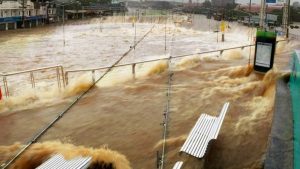 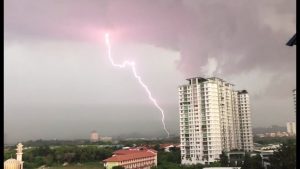 “The climate crisis is triggering really bad weather [in Malaysia]…

“Thunderstorms in the tropics don’t make a news story, but when they seem so relentless, and rage with such an extreme edge, it makes me wonder: Is this really normal? One thunderstorm last month even smashed the glass panel of a building in Kuala Lumpur, raining glass on people inside.” 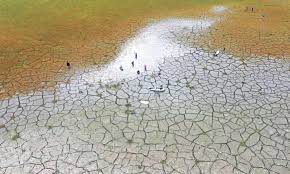 “…reservoirs across central and southern Taiwan are effectively empty, down to 5% or less. Last week, there were reports of mass fish deaths, a phenomenon seen in Australia’s drought.” 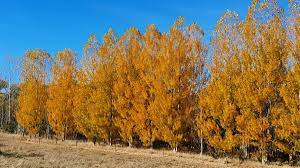 “On Monday afternoon the city reached 27.8C [82F] while in Hastings reached 28.1C. “That’s half a degree hotter than the record from 2004,” MetService meteorologist Alwyn Bakker.” said.” 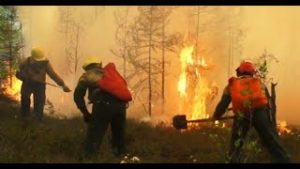 “A wildfire has ravaged a 16th century Tatar village in Siberia that authorities had planned to turn into a tourist attraction.

“The Omsk Tatars National and Cultural Autonomy group said the fire that started on the afternoon of May 6 lasted for about 15 hours and completely destroyed 25 buildings, including 14 private houses and a shop in the village of Karakul…” 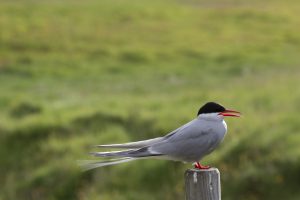 “A sure sign of spring in northern Europe is the arrival of the Arctic tern bird, but ahead of the UN’s World Migratory Bird Day experts fear the warming of the oceans in its nesting grounds in the northern Atlantic is threatening its very existence…

“Iceland’s tern population — which currently stands at some 250,000 nesting couples — has declined over the last few decades, with climate change the probable culprit.” 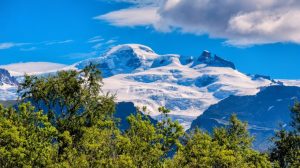 “The findings confirm that microplastic particles are distributed through the atmosphere.” 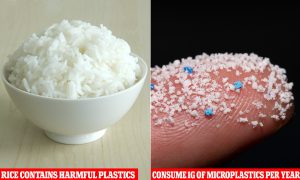 “Lead author Dr Jake O’Brien told the Daily Mail the team can’t determine how the microplastics managed to find its way into the rice.” 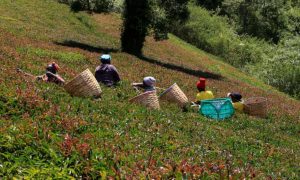 “Your morning cup of tea may never taste the same again if global heating increases and the climate crisis intensifies, according to research.

“Some of the world’s biggest tea-growing areas will be among the worst hit by extreme weather, and their yields are likely to be vastly reduced…”