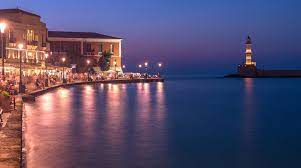 “Europe shatters record for hottest April night. The station of Falasarna near Chania in the island of Crete didn’t drop below 30.7C [87.3F] during the night.

“Temperatures have been nearly 34-35C from midnight to after 2am. By far the warmest night ever recorded in April in European history.” 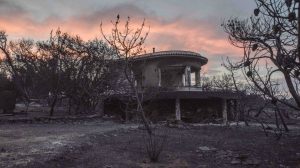 “A heatwave is expected to hit Greece over the [Greek Orthodox] Easter holiday, with temperatures peaking at an incredible 38°C (100°F) on Sunday in some parts of the country.

“Although the weather in the country is generally warm at this time, temperatures in April are very rarely this high, with the past ten days of well above 20°C (68°F) temps having already broken records.” 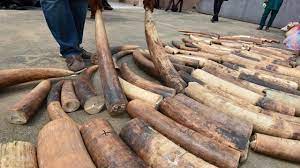 “Elephants face extinction in Ivory Coast where they are a national emblem, with numbers decreasing by half in the past 30 years, the country’s water and foresty ministry said Wednesday.” 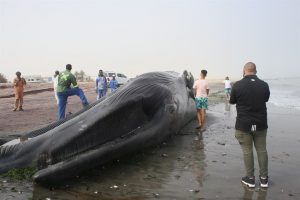 “The carcass of a critically endangered Antarctic blue whale that washed up in Walvis Bay this week is the first-ever recorded stranding of this species in Namibia, South Africa and probably on the continent since the end of commercial whaling in 1985″ 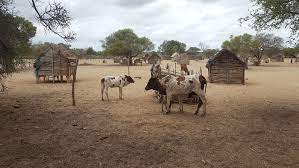 “Ministry of Health data revealed that 16.5 percent of children under five now suffer from acute malnutrition, almost double the proportion four months ago, the agency said.” 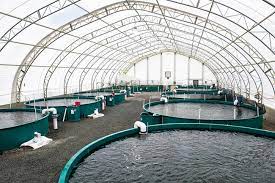 “Qatar plans to expand fish farming to meet growing demand for fresh fish in local markets and maintain stocks in offshore Gulf waters in the face of devastating climate change.” 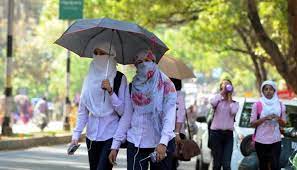 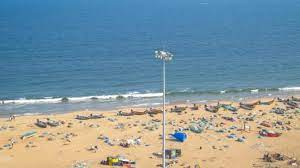 “Understanding Chennai summers: Where did the sea breeze go?

“On March 30th, the Meenambakkam weather station in Chennai recorded a high of 41.3 degree C, beating the all-time record for the hottest day in March in the city… cases of rising temperatures and overall heat stress have been shooting up at an alarming rate over the recent years, raising concerns over global warming…” 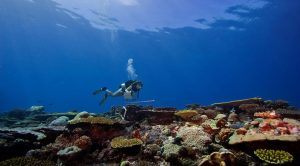 “But it can’t be protected from climate change.” 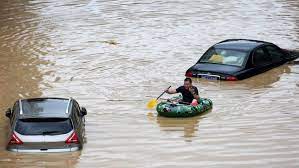 “The state of China’s climate in 2020: Warmer and wetter again.

“”Against the background of global warming, extreme weather and climate events occur more frequently and have wide influence on society and economies.”” 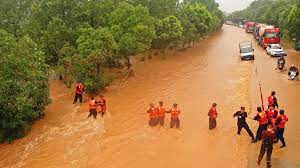 “China is expected to experience heavy flooding in some of its major river basins during flood season as this year’s climate conditions are worse than normal, the China Meteorological Administration said.” 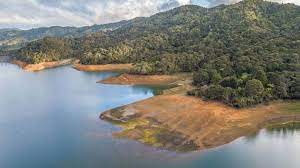 “Auckland drought: Water restrictions to remain until at least August. 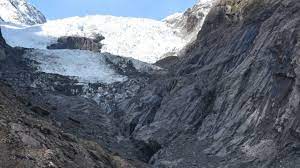 “Vargo said as of the late 70s there were about 3100 glaciers across the country, with almost all of them in the South Island. But in a 2016 aerial survey, they found just 2900.” 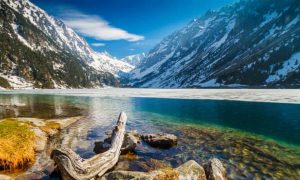 “World will lose 10% of glacier ice even if it hits climate targets.

“A tenth of the world’s mountain glacier ice will have melted by the middle of this century even if humanity meets the goals of the Paris climate agreement, according to figures compiled exclusively for the Guardian.” 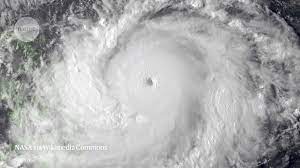 “Warming seas brought an eerie calm to a stormy region. In July 2020, the Western North Pacific was hit by a record-breaking number of typhoons: zero.

“Unusually balmy Indian Ocean temperatures were a major reason for the total lack of Pacific typhoons in July 2020 — an unprecedented absence in 55 years of record-keeping.”

“The inhabitants of the floodplain area are the most affected, 1,291 families are directly affected by the rising water levels, adding up to 5,108 people who go through difficult situations…” 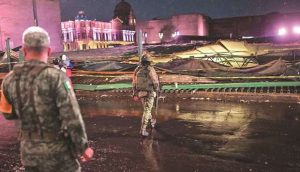 “A roof that partly protected one of Mexico’s most important ancient sites collapsed under the weight of a major rain and hail storm late on Wednesday, causing minor damage to the ornate temple complex that once hosted the Aztec empire’s elite warriors.” 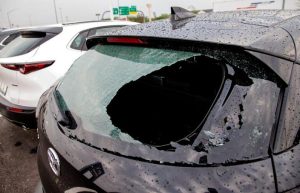 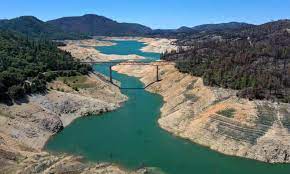 “From dust bowl to California drought: a climate scientist on the lessons we still haven’t learned…

““These are not accidental, strange dry periods,” said Peter Gleick, the co-founder of the Pacific Institute, a global thinktank that has become a leading voice on water issues in California and around the world. “They’re increasingly the norm.”” 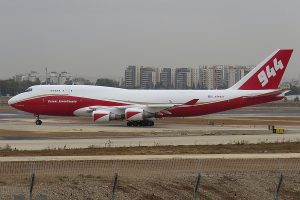 “Amid a drought in the West and warnings of another potentially destructive wildfire season ahead, the owners of the world’s largest firefighting air tanker have grounded the massive aircraft, saying it’s just not turning a profit.” 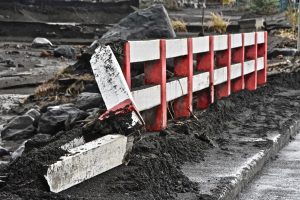 “Heavy rains have poured down on the island of St. Vincent and the Grenadines, causing flooding and mudslides that damaged some homes and further battered areas already burdened by heavy ashfall from eruptions of La Soufriere volcano.” 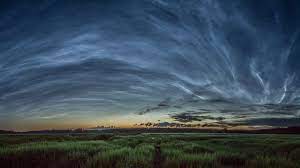 “Noctilucent Clouds Light Up Northern Germany. A shift in the tropopause jet may have triggered the unusual number of high-altitude clouds that briefly appeared in the early summer of 2019…

““Noctilucent clouds are highly sensitive to temperature and are an interesting tracer for what is going on in the upper mesosphere,” said Michael Gerding…” 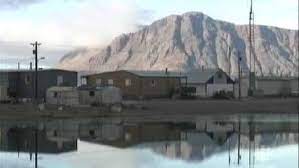 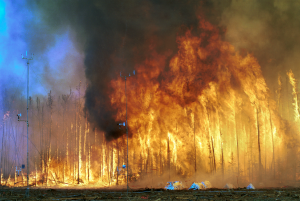 “They found that fires are increasingly hampering forests’ ability to capture and store atmospheric carbon.” 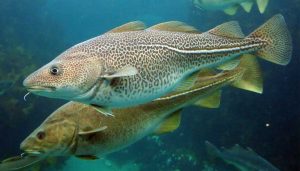 “The Arctic Ocean biome is changing rapidly, warming at twice the rate of the rest of the world. In turn, multiyear sea ice is thinning and shrinking, upsetting the system’s natural equilibrium.” 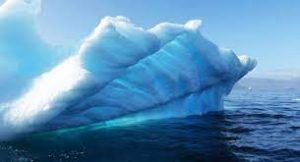 “Melting of the Arctic ice sheets caused rapid methane release from the ocean floor during the last two deglaciations, according to a new study led by scientists at The University of Tromso – The Arctic University of Norway.” 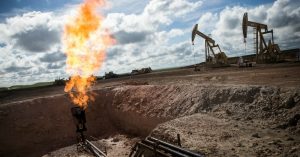 “Even Closed Oil Wells Are Still Spewing Methane Into The Air, Scientists Warn.

“Abandoned wells, hundreds of thousands of which are thought to be undocumented, are estimated to spew vast amounts of heat-trapping methane emissions into the atmosphere, far exceeding the projections of environmental authorities such as the US EPA.” 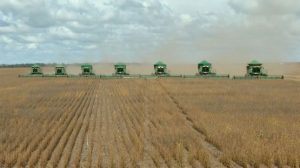 “The prospect of a U.S. drought — and difficult weather almost everywhere else — has prices soaring.” 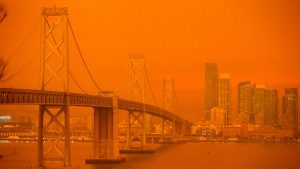 “Cities around the world are responding to the threat from rising temperatures by hiring “chief heat officers” to address a problem that will be accentuated by climate change.”

[For anyone familiar with Douglas Adams’ “Hitchhiker’s Guide to the Galaxy” books, this immediately made me think of the Golgafrinchams, who operate under the delusion that bureaucracy is the cure for all ills.]