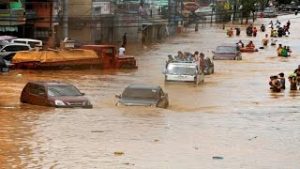 “The death toll from a torrential rainstorm that hit Angola’s capital, Luanda, this week has risen to 24… The hours-long storm pounded the coastal city on Monday, triggering flash floods that brought down buildings and swept away trees and cars.

“At least 2,344 homes were flooded and 60 collapsed, it added, according to AFP news agency. A total of 11,745 people have been affected. 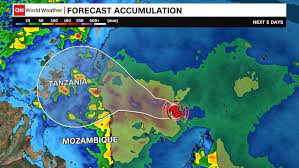 “A rare tropical cyclone is approaching Tanzania and could become the first cyclone to make landfall in the nation in modern records.

“Tropical Cyclone Jobo, located near Madagascar in the South Indian Ocean, is equivalent to a strong tropical storm with winds just shy of 100 kph (62 mph).” 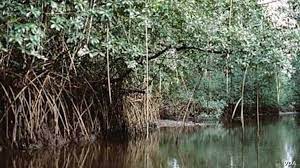 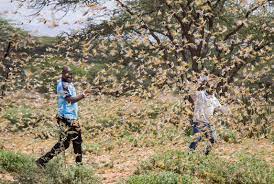 “The answer lies in the fact that the eggs can survive for several years in the soil with the embryos developing at different rates in response to environmental conditions.” 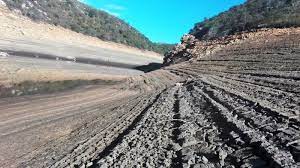 “Executive Mayor, Nqaba Bhanga, said on Tuesday, “Currently our dam levels are sitting at 13.32% which is very worrying. We will be launching a comprehensive communications strategy next week… as the devastating drought situation enters the next phase.”” 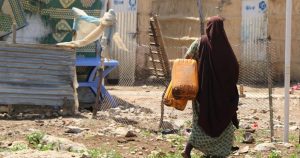 ““Once again Somalia is facing the prospect of serious drought. Water and pasture resources are depleting every day and resulting in people abandoning their homes with their livestock to search for better conditions…” said Mohamed Abdi, Country Director for the Norwegian Refugee Council (NRC) in Somalia.” 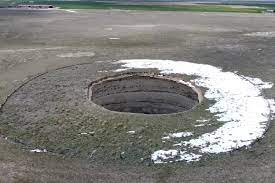 ““The drought situation is getting worse,” said farmer Tahsin Gündoğdu…” 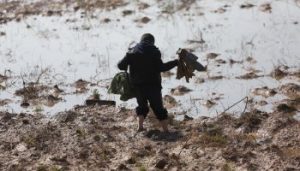 “The Palestinian Ministry of Agriculture in Gaza said on Tuesday that initial estimates indicate that poultry farmers in the besieged enclave have incurred losses of nearly $275,000 due to the heatwave currently affecting the area.” 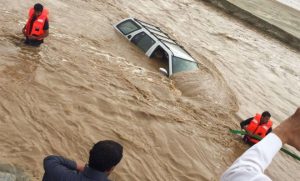 “Weather warnings have been issued for several regions across Saudi Arabia from Friday until Tuesday, the Kingdom’s civil defense said on Thursday…

“It also warned that the capital Riyadh, Qassim, the Eastern Province, and Hail will experience moderate to heavy rain that may lead to torrential flows and flooding.” 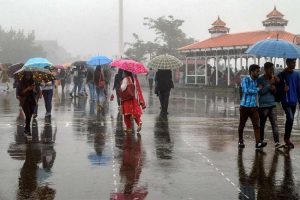 “42-yr-old rain record in Shimla [India] broken… Shimla received 86 mm of rain [3.39 inches] in the past 24 hours, breaking the 42-year-old record of heavy rainfall in one day in April…

“The thunderstorm disrupted power supply, uprooted trees and blew off roofs of kaccha houses at several places… As many as 179 roads in the state were blocked.” 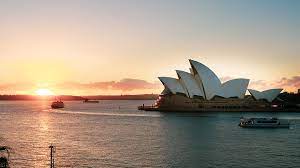 “Sydney has shivered through its coldest morning this early in the year in 38 years with temperatures dropping to 9.2C in the city. 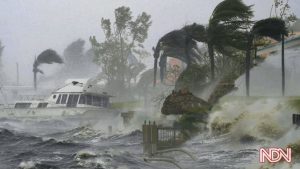 “The typhoon that hit my island [Palau] didn’t make the news. This is what the climate crisis looks like…

“Palau was hit by Typhoon Surigae last week, but even the typhoons that don’t claim lives or flatten cities are devastating for those who live through them… Luckily we had enough food to allow us to hole up in our house for at least two days.” 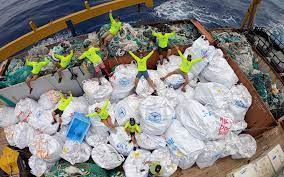 “Expedition hauls tons of plastic out of remote Hawaii atolls…

“A crew returned from the northernmost islands in the Hawaiian archipelago this week with a boatload of marine plastic and abandoned fishing nets that threaten to entangle endangered Hawaiian monk seals and other animals on the uninhabited beaches stretching more than 1,300 miles north of Honolulu.” 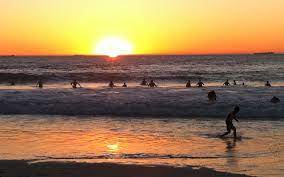 “A sobering warning on Earth Day: Researchers at Scripps Institution of Oceanography say record-breaking ocean temperatures and toxin levels are having an extremely harmful effect on marine life.” 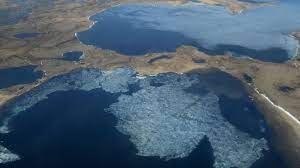 ““Inadequate water access has been a persistent issue in more than 200 rural Alaskan communities, whose residents are primarily Alaska Native people,” the study said.” 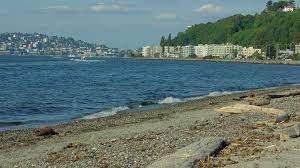 “Seattle recorded a record-breaking seven days in a row with temperatures at or above 70 degrees in April. The previous five-day record was originally broken April 20…

“The new record was set April 21, when Seattle hit 71 degrees at 3 p.m., according to the National Weather Service.” 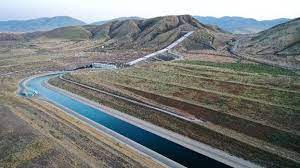 “The declaration is targeted to Mendocino and Sonoma counties, where drought conditions are especially bad… California, which is now in its second year of drought, is bracing for another devastating wildfire season after a winter with little precipitation.” 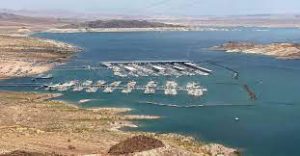 “Just how bad is the drought in the Western US? The shrinking of Lake Mead, the country’s largest reservoir, is a troubling indicator. The massive man-made lake, which straddles the border of Arizona and Nevada, is now only at 39 percent of its full capacity…” 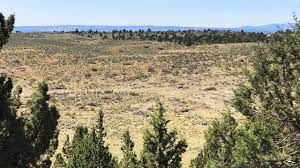 “Juniper trees are dying in Arizona’s Prescott and Kaibab National forests at an alarming rate, and drought is behind the die-off according to the U.S. Forest Service.” 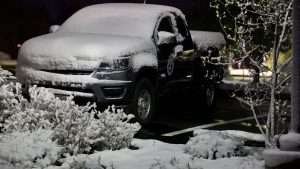 “Record lows were set all the way to the Gulf Coast on Wednesday morning… Snowfall in the Great Lakes area in the last 24 hours peaked at 6-8 inches near Toledo.” 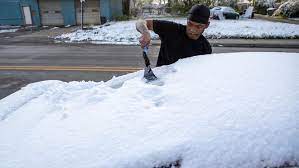 “As of Wednesday morning, Indianapolis recorded 2 inches of snow, breaking the record for most single-day snow this late in April, according to NWS Indianapolis. This is also the only time in April, this late in the year, that the city received more than a trace of snowfall.

“He noted that it’s also not common to see heavy snow falling before sunset, as it did Tuesday evening.” 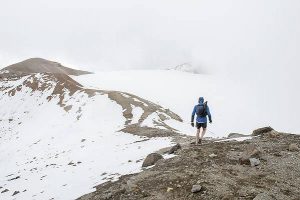 “In addition to being ecologically and environmentally important, the Ayoloco glacier had inspired a range of artists. It was extensively photographed, filmed and depicted in artworks, and inspired many Mexican writers.” 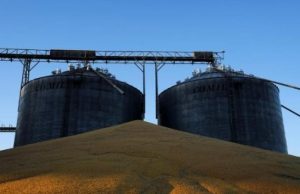 “Crop conditions have already plunged in No. 2 producer Parana, which grows 15% of Brazil’s second corn crop. As of Monday, just 62% of the southern state’s corn was in good condition, down from 76% a week earlier and 92% the prior week.” 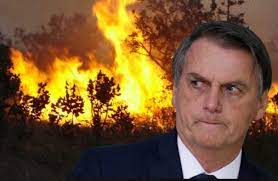 “Joe Biden’s billions won’t stop Bolsonaro destroying the Amazon rainforest… Bolsonaro’s environment minister, Ricardo Salles, is asking for a yearly instalment of $1bn – in return for which, he says, Brazil’s forest clearance would be reduced by between 30% and 40%.

“There are concerns that some of these funds could be channelled to the very land-grabbers who are behind the destruction of the Amazon.” 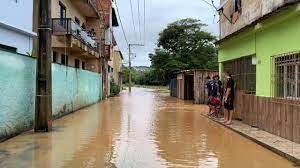 “Houses were invaded and streets were washed by water in municipalities in the interior and in the metropolitan region of Salvador.” [videos] 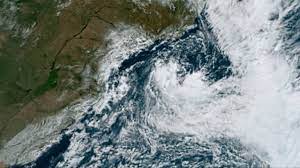 “Storm formation in the southern Atlantic is very rare. Only 15 named tropical systems have developed in the Atlantic south of the equator, according to AccuWeather meteorologist Brian Lada.” 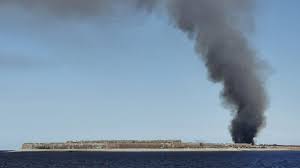 “Huge wildfire breaks out near Scots army barracks in Highlands… The 18th century fort is a working army barracks around 13 miles from Inverness.

“It comes after the Scottish Fire and Rescue Service (SFRS) recently issued a warning over wildfires, with heightened fears due to the dry weather.” 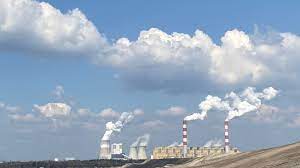 “Climate change: Poland’s coal pollution dilemma – ‘I need fresh air… but there is no fresh air’… Concentrations of harmful airborne particles, known as PM10 and PM2.5, were higher in Poland than any other European country. 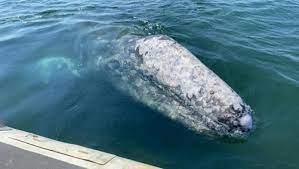 “The species normally lives in the Pacific but zoologists wonder whether the Mediterranean sighting means a return to the Atlantic after 300 years.” 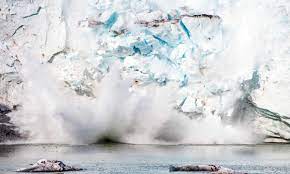