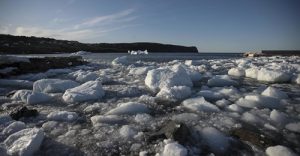 “Authors of the research said it was evidence of how one-off or rare weather events could have a lasting impact on Earth’s frozen spaces and a knock-on effect on global sea levels.” 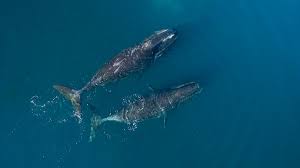 “…researchers have found a whale species that typically migrates away from solid sea ice each autumn and returns every summer to feast on tiny crustaceans did not make the 6,000km (3,700-mile) roundtrip in 2018-2019.” 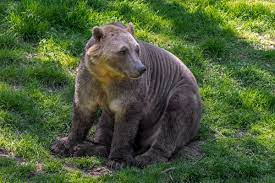 “Pushed by warming temperatures, grizzly bears are increasingly migrating north where temperatures are colder, while polar bears are moving south pushed by melting ice in the Arctic Circle. Inevitably, the two species crossed paths and interbred…” 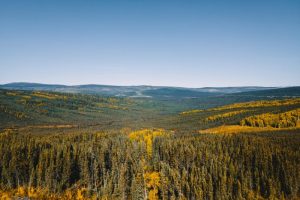 ““The big story is the tremendous temperature change,” climatologist Rich Thoman said. Fairbanks experienced a 93 degree temperature difference over an eight-day span… it ties with a March 1992 record for the greatest difference outside of mid-winter.” 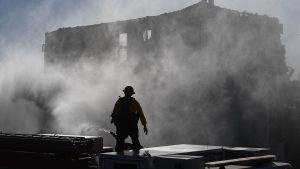 “Early start to Washington’s wildfire season has officials worried… Last week was the first time we hit 70 degrees in the Seattle area this year and already wildfire concerns are upon us. 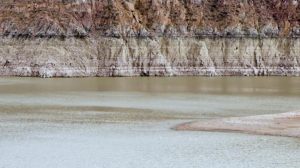 “As a megadrought persists, new projections show a key Colorado River reservoir could sink to a record low later this year…

“…a key reservoir on the Colorado River could sink to historically low levels later this year, new US government projections show, potentially triggering significant water cutbacks in some states as early as next year.” 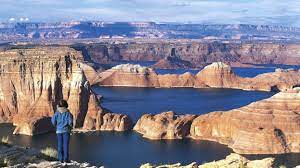 “Interstate water wars are heating up along with the climate:

“As a longtime observer of interstate water negotiations, I see a basic problem: In some cases, more water rights exist on paper than as wet water – even before factoring in shortages caused by climate change and other stresses.” 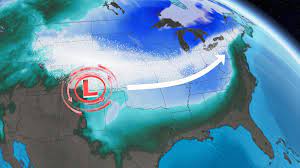 “A late-season winter storm early this week will bring snow to over a dozen states… with nearly 100 record daily cold temperatures at risk of being broken.” 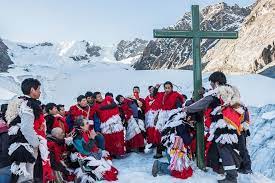 “In recent years, the Colque Punku has lost some of its brilliance. The snow that turns into ice that forms the glacier is melting. Researchers have determined that tropical glaciers in the Peruvian Andes have decreased in size by about 30 percent in recent years.” 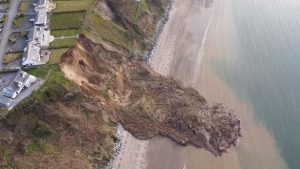 “Climate crisis: Why are we seeing so many huge cliff falls on the UK’s coastline?

“While Britain’s coastlines can expect to be hammered throughout the year by strong winds, torrential rains and powerful waves, the frequency of these incidents might lead some to wonder whether climate change is playing a role in accelerating their frequency.” 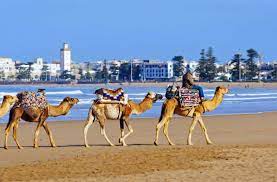 “Total annual rainfall recorded a deficit across the whole country , above a 50% deficit north of Marrakech and in Souss-Massa and the Anti-Atlas regions, while it hardly rained in the southern provinces.” 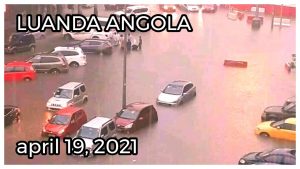 “Flash floods triggered by torrential rains in Angola [which until then had been having its worst drought in four decades] have killed at least 14 people and displaced around 8,000 in the capital Luanda, the national news agency reported.

“Bridges and homes collapsed on Monday as hours of heavy rain fell on the ocean-facing city, swamping streets and sweeping away cars…” 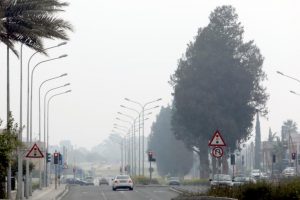 “Cyprus stifled under heatwave, high dust levels… Cyprus feels the brunt of an off-season heatwave while suffocating under a thick layer of dust from the Sahara Desert.

“Maximum temperatures on Monday will rise to a scorching 37 degrees Celsius [98.6F], well above the seasonal average of 23C.” 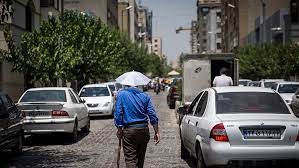 “Middle East Heat Wave: The Syrian capital Damascus located at over 600m above sea level tied its record of highest temp ever recorded in April with 38.4C [101.1F].

“Monthly records were also set at Ardabil and Sanandaj in Iran.” 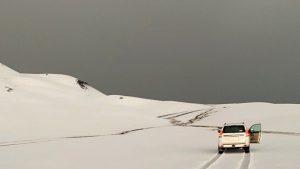 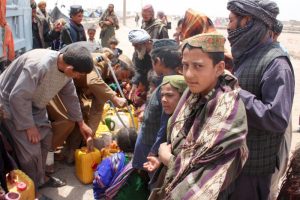 “The International Federation of Red Cross and Red Crescent Societies (IFRC) says urgent action is needed to avert a deepening crisis in Afghanistan as one third of the country’s population is going without adequate food due to a worsening drought crisis.” 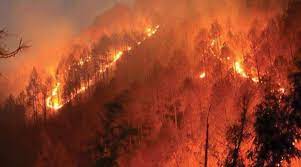 “Smoke blankets Kathmandu as a record number of forest fires rage across the mountains of India and Nepal… Aside from hazards to human health, these fires pose major threats to forest and biodiversity conservation.” 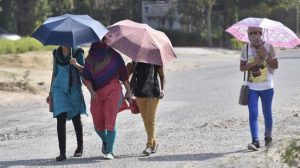 “Early heatwaves in South Asia foreshadow an uncertain future for the region.

“Even if global warming is contained at 1.5 degrees Celsius, deadly heatwaves are likely to become more common in India, Pakistan and Bangladesh.” 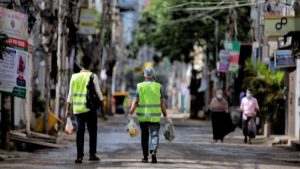 “Mercury rises to 40°C [104F] as heatwave sweeps over Bangladesh… Bangladesh’s maximum temperature rose 40°C on Monday as heatwave continues to sweep over the country.

“The highest temperature in the country was recorded in Jessore, said a Bangladesh Meteorological Department (BMD) press release on Tuesday.” 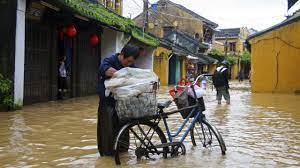 “At least three people were killed in a flash flood that swept through Van Ban District, in the northern mountainous province of Lao Cai, over the weekend.” 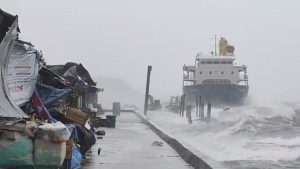 “The blistering pace at which Super Typhoon Surigae intensified is also in rarified air, achieving a 165 km/h increase in intensity in just 36 hours.” 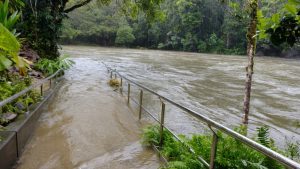 “Cairns has received more than half-a-metre of rain over the past three days — including 200mm overnight — while areas to the south, around Innisfail, have received nearly a metre this week.” 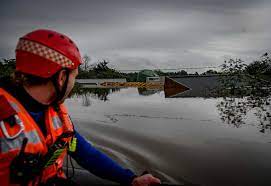 “The entire New South Wales coast experienced its wettest week ever during last month’s floods, according to a special report from the Bureau of Meteorology (BOM)…

“BOM senior climatologist Blair Trewin said about 81,900 gigalitres of water fell on the state in a week… “…the total amount of rain fallen on NSW equalled approximately 160 Sydney Harbours,” he said.” 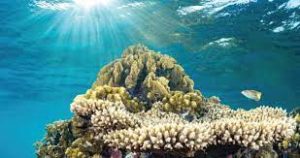 “…the physiological processes of bleaching are not well understood. Now, KAUST researchers show that, long before signs of bleaching appear, prolonged spells of warm water cause heat stress that disrupts the nutrient cycling of the coral and its symbiotic algae.” 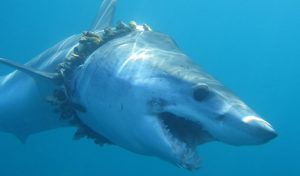 “A near-sharkless open ocean could soon be a reality, according to Nathan Pacoureau, a postdoctoral researcher in the Earth to Ocean Research Group at Simon Fraser University in Canada. Pacoureau… detected a 70% decline in shark and ray populations over the last 50 years.” 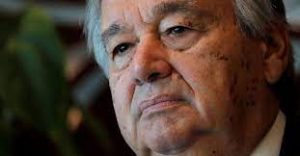 “2020 was one of the three hottest years on record, marked by wildfires, droughts, floods and melting glaciers, a United Nations report said on Monday, prompting the U.N. Secretary-General to say the world stands “on the verge of the abyss”.”