This story only available in German but hopefully GoogleTranslate will oblige you. 27.2C [81F] really an extraordinary temperature for Germany in March: 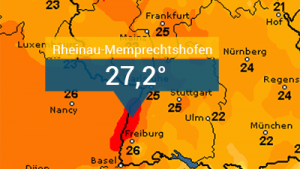 “A new [German] temperature record for March was set at 27.2 degrees [81F] on March 31, 2021 in Rheinau-Memprechtshofen, southwest of Karlsruhe.

“The old record comes from Baden-Baden on March 28, 1989. At that time, a high of 26.6 degrees was recorded. Many weather stations also registered new monthly records.” 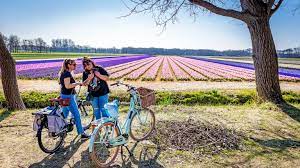 “A weather record was broken in Arcen on Wednesday. The temperature there rose to 26.1 degrees [79F]. This makes it the hottest day in March ever measured in the Netherlands.” 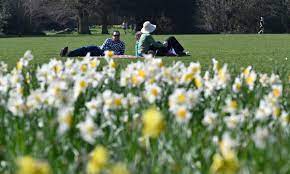 “The UK recorded its warmest March day in 53 years on Tuesday as temperatures rose above 24C [75.2F], with the Met Office predicting they could get close to the all-time record on Wednesday. 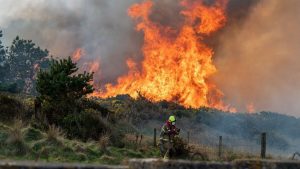 “Firefighter were battling a huge wildfire in Moray, Scotland tonight. The fierce flames threatened to get out of control near the village of Kingston… The Scottish Fire and Rescue team fought to contain the blaze.

“Six fire appliances and a wildlife unit were eventually called to the scene to tackle the inferno close to the small rural community.” 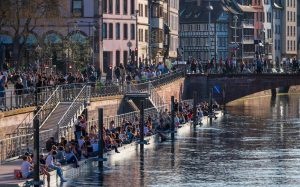 “The temperature records for a month of March were broken one after the other on Tuesday, March 30, due to a wave of mildness circulating over a large part of France.

“At 6 p.m., the records of more than 200 Météo France stations had been broken.” 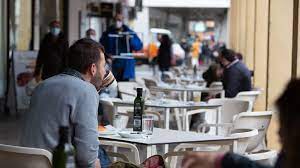 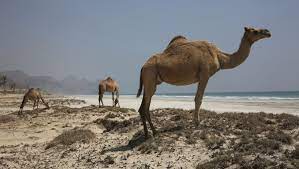 “Monthly record shattered also in the southern port of Salalah with 40.0C on 29 March. Salalah has now had 29 consecutive months of above-average temperatures.” 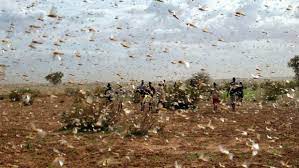 “Iranian authorities are engaged in a large-scale operation across several provinces in southern Iran to battle swarms of migratory locusts that threaten billions of dollars worth of food in farmlands at a critical time for the country.

“Large waves of yellow-coloured desert locusts… have travelled to Iran from the Arabian Peninsula for a third year in a row.” 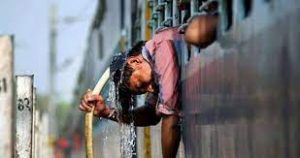 “Minambakkam, the base station observatory of Chennai recorded a maximum temperature of 41.3°C yesterday. This mercury level with 7°C above the normal amounts to severe heatwave condition.” 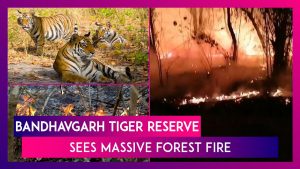 “Spread across an area of 105 sq km, Bandhavgarh National Park in Madhya Pradesh’s Umaria district is home to the Royal Bengal Tigers and flourishing biodiversity. However, a massive fire has engulfed the forest area and is believed to have been spread to several zones.”

“Hundreds of wildfires are burning across Nepal, sending smoke and ash across its cities during one of the worst fire seasons in recent years…

“The country has recorded up to 2,087 forest fires nationwide since November 15, 2020, according to the Nepalese Forest Fire Management. And as of March 25, there were still at least 524 active fires burning across the country, spreading a combination of dust, smoke and ash into the air.” 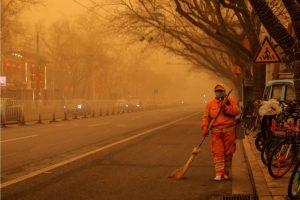 “Shanghai was hit by the worst pollution on record on Tuesday (March 30), as the air in the country’s commercial centre filled with dust from northern China, which had endured sandstorms earlier in the month.

“The city’s air was classified as “severely polluted”, the worst level of a six-grade scale, with an air quality index surging to the upper limit of 500 as of midday…” 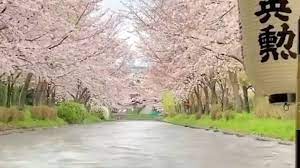 “Cherry blossoms have long historical and cultural roots in Japan, heralding spring and inspiring artists and poets through the centuries.” 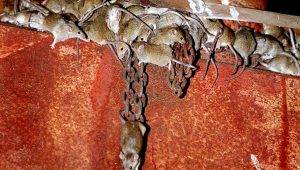 “[Australian] farmers’ hopes that rain would wash away mice dashed…

“…farmers in northern New South Wales and southern Queensland seem to be fighting a losing war against the rampant rodents, with the hope that last month’s record rainfall might see some reprieve having been dashed.” 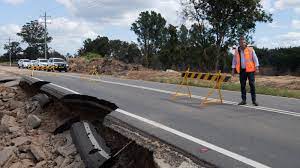 “Major roads in flood-ravaged areas of NSW will take months to reopen as the repairs bill soars into the hundreds of millions of dollars.

“NSW Transport Minister Andrew Constance said initial estimates put the cost at $80 million but the total price is impossible to know until complicated geotechnical inspections have been finalised.” 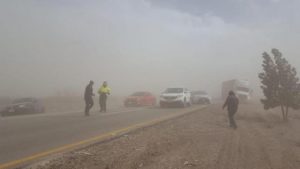 “This Wednesday a heat wave extends through the country mainly affecting the west and south of the country with temperatures of up to 45 degrees Celcius [113F].” 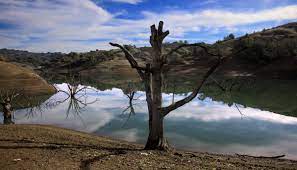 “Lake Sonoma and Lake Mendocino [California] water levels at record low for this time of year:

“A second year of extremely low rainfall has left water storage in Lake Sonoma and Lake Mendocino at the lowest levels for this time of year since the reservoirs were filled decades ago, Sonoma County’s water agency said Tuesday.”

“More rain was expected to soak parts of a water-weary South on Tuesday and Wednesday, prompting flood warnings and watches, especially in Middle Tennessee.

“At least six people have been killed and many others had to be rescued in floods that first surged in parts of Tennessee, including Nashville, over the weekend.” 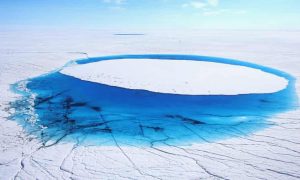 “Lakes on Greenland Ice Sheet can drain huge amounts of water, even in winter:

“Using satellite data to ‘see in the dark’, researchers have shown for the first time that lakes on the Greenland Ice Sheet drain during winter, a finding with implications for the speed at which the world’s second-largest ice sheet flows to the ocean.” 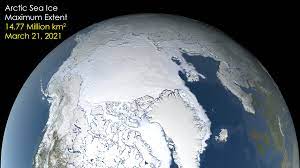 “NASA Finds 2021 Arctic Winter Sea Ice Tied for 7th-Lowest on Record [La Nina keeping it further down the list than it otherwise would be]:

“Sea ice in the Arctic appears to have hit its annual maximum extent after growing through the fall and winter. The 2021 wintertime extent reached on March 21 ties with 2007’s as the seventh-smallest extent of winter sea ice in the satellite record, according to… NASA.” 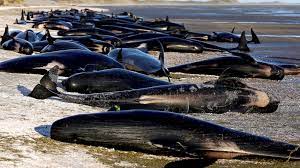 “Why do whales beach themselves? We’re partially to blame.

“From deceptive tidal patterns to noise pollution and overfishing, there are many reasons why whales—sometimes hundreds at a time—suddenly find themselves on land.” 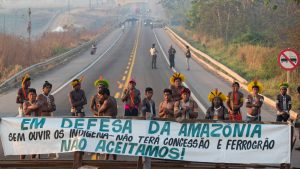 “La Nina has ended, says Australian weather bureau… around a month earlier than had been expected…

“In a climate note, the BOM confirmed its El Nino – Southern Oscillation (ENSO) outlook had moved from La Nina to inactive. That means the climate driver is effectively in neutral – neither a La Nina nor an El Nino.”