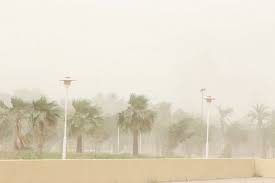 “It’s freaking hot in Kuwait right now. On Thursday, the country recorded a temperature of 112.3 degrees Fahrenheit (44.6 degrees Celsius). That’s the hottest temperature the country—and the entire Arabian Peninsula—has ever seen in the month of March.”

[You may recall that Bahrain, Saudi Arabia and Qatar all broke their national heat records for March on the 18th.] 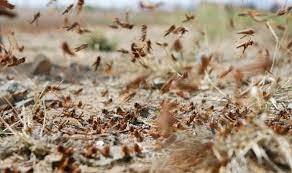 “A locust plague hit East Africa. The pesticide solution may have dire consequences. Heavy use of a broad-spectrum pesticide seems to have slowed the desert locust invasion…

“So far, 506,000 gallons (2.3 million litres) of chemical pesticides have been sprayed over 4.7 million acres (1.9 million hectares) at a cost the FAO says is £142 million. The spraying is expected to continue this year.” 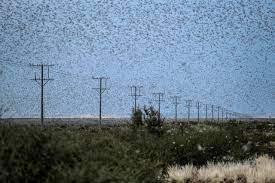 ““Our grazing is already compromised from the prolonged drought and now the little bit of food that is coming up is being decimated by the locusts,” he said.” 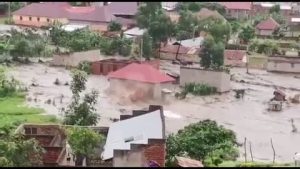 “Uganda’s Ministry of Water and Environment on Wednesday warned that the country will face destructive flash floods, strong hailstorms and landslides as the first major rain season starts for the next three months. 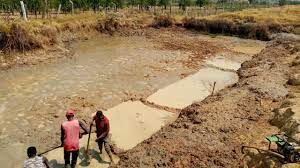 “Hunger is on the rise in Angola as the country “experiences its worst episode of drought in four decades in the south-western provinces,” the UN World Food Programme (WFP) warned on Friday.

““As water supply diminishes, severely impacting crops, with losses of up to 40 percent,” it is “increasing the risk for livestock sustenance,” WFP spokesperson Tomson Phiri said…” 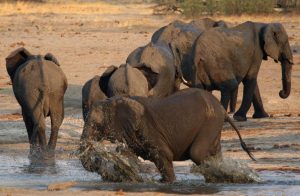 “African elephants living in forests and savannas are increasingly threatened with extinction, according to the latest Red List of the world’s most threatened species, with conservationists stepping up calls for an urgent end to poaching and the destruction of the elephants’ habitat…

““We must urgently put an end to poaching and ensure that sufficient suitable habitat for both forest and savannah elephants is conserved,” said Bruno Oberle, the IUCN director- general.” 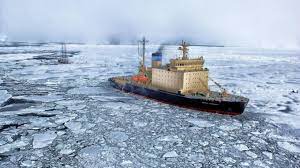 “Kent heatwave next week as UK could break record high temperature for March… The maximum temperature recorded in March was 25.6C (78F), on March 29, 1968, at Mepal in Cambridgeshire.” 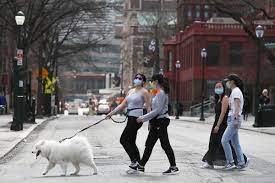 “With a high of 83 degrees at 1:53 p.m. — normal for a June 17 — Philadelphia broke a century-old high-temperature record Friday on warming winds that gusted past 55 mph and knocked out power to more than 10,000 Peco customers.

“A gust of 57 mph was recorded in West Whiteland Township, Chester County…” 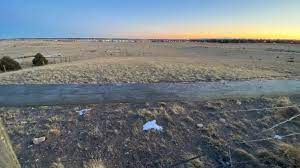 “It may not look it, but much of Wyoming has been declared a primary natural disaster area by the U.S. Department of Agriculture due to continuing drought conditions.” 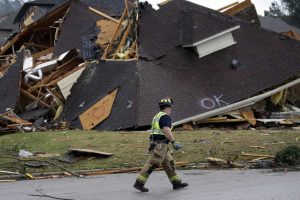 “At least five people have been killed and multiple injuries reported after a string of up to seven deadly tornadoes tore through Alabama, toppling trees, demolishing homes and knocking out power to thousands.” 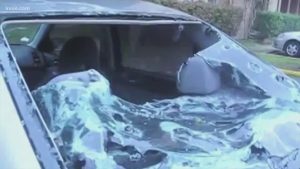 “Austin, Texas has yet another golf-ball-sized hailstorm on a March 25th: For some reason, the three costliest, most damaging hail storms in the city’s history have all occurred on the same day — March 25 — over the years.

“And oddly enough, hail made another appearance on that day this year, falling overnight Thursday.” 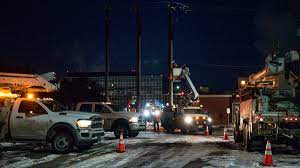 “Many homes went without power or drinkable water for days after subfreezing temperatures, failing power plants and record demand for heat pushed Texas’ electric grid to the breaking point.” 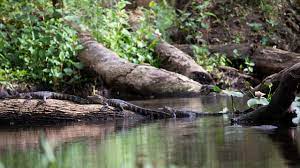 “New research shows that in the southern part of the U.S. several tropical species of plants and animals are extending their range northward and not all of them will be welcome in their new territories. 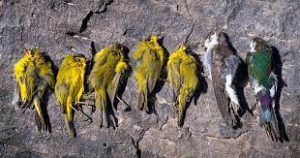 “Using observations from crowdsourced science and weather location data, researchers concluded that wildfires caused a mass die-off of birds in the western and central United States in 2020.” 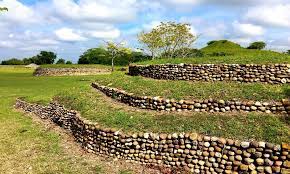 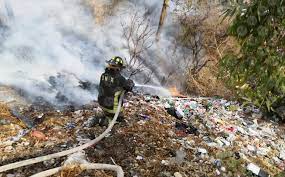 “Mexico suffers 75 active forest fires, according to the registry presented this Thursday by the Government, which affect 20 states of the country, among which those that occurred in San Luis Potosí, Chihuahua, Coahuila and Nuevo León stand out by quantity and extension… 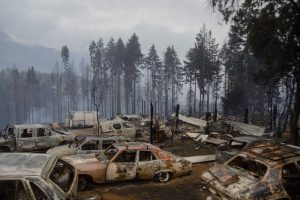 “This Beautiful Region of Patagonia Was Devastated By Wildfires This Month…

“Earlier this month, I sat on my roof in absolute shock to watch over 75,000 acres of pristine Patagonian forest get completely devoured by wildfire…. The latest fire, on March 9, moved in so fast and was so widespread that it is estimated to have burned 2.5 acres every 3.5 seconds.” 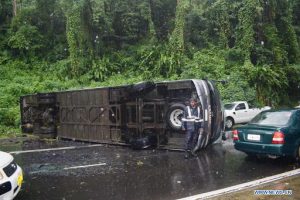 “A bus is overturned due to the slippery road caused by heavy rain in Suva, Fiji, March 25, 2021.Heavy rainfall caused flooding across Fiji’s capital city…” 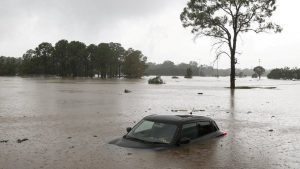 “Australia’s epic floods shouldn’t have been this big, given the La Nina is relatively weak. But a worrying factor may have tipped the scales… climate change is likely to mean it won’t be the last such rain event or curiously strong climate driver.” 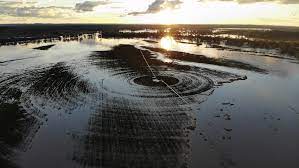 “Major flooding has dealt a savage blow to drought-stricken farmers by destroying their first decent crop in years… “All of our cotton is either in water or completely submerged,” said Cotton farmer Daryl Cleeve.” 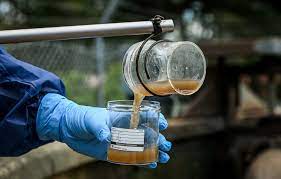 “Raw sewage is being pumped down a tributary of a major New South Wales drinking water dam, after heavy rain damaged a sewage treatment plant in the state’s Central West…

“The EPA said the release site was 115 kilometres upstream of Burrendong Dam, the drinking water source for towns including Dubbo.” 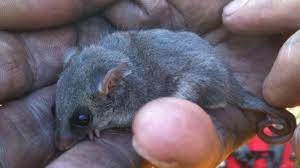 “Everything from bandicoots to tiny turtle hatchlings have been washing up dead in NSW, with wildlife rescuers fearing populations already ravaged by prolonged drought and catastrophic bushfires will plummet further.

“Large tracts of NSW went underwater in the past week as rivers filled by torrential rain broke their banks.” 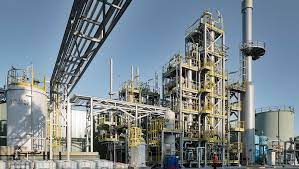 “Europe’s plastics industry is about to boom. U.S. fracking is driving it.

“Even as the European Union rolls out aggressive plans for reducing plastic waste, countries are importing cheap ethane gas to fuel their plastics industries.” 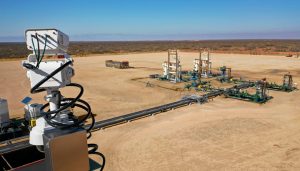 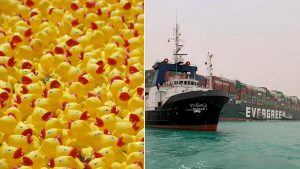 “The company behind the Suez Canal blockage spilled 28,800 plastic toys into the ocean in the 1990s:

“28,800 plastic toys were mysteriously dumped into the ocean in the 1990s, prompting investigations. They were eventually traced back to a ship operated by Evergreen Marine.” 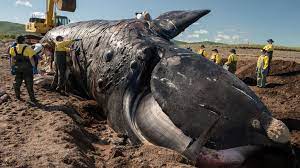 “A newly published study from the University of Exeter has revealed that at least 25% of marine mammals are classified as threatened of extinction. 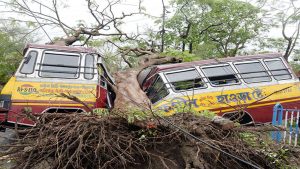 “Many tropical cyclone-prone regions of the world are expected to experience storm systems of greater intensity over the coming century, according to a review of research published today in ScienceBrief Review. 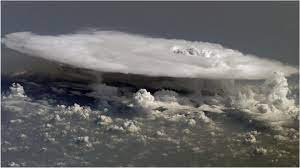 “It was seen on 29 December that year, just south of the equator in the western Pacific.”