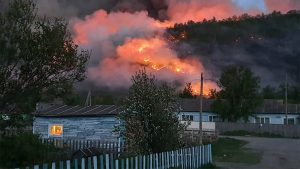 “The vast Russian region of Siberia will face hot and dry weather this year leading to more forest fires, forecasters said on Tuesday, linking the blazes to climate change… 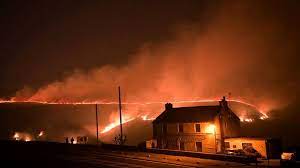 “Climate change is projected to drive a very large increase in fire danger across the whole of the UK, leading researchers to warn that planning rules may need to block the building of new homes in fire-prone areas.

“…even rare wildfires can cause disruption, from the toxic smoke created by massive recent fires on Saddleworth Moor near Manchester to large blazes in west Scotland and Cornwall last month. There is evidence that warming has already increased the number of fires in the UK in recent years.” 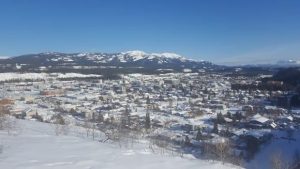 “Record precipitation in Whitehorse [Yukon, Canada] this winter, and it’s likely not done yet…

“Doug Lundquist of Environment Canada said the region saw the “wettest-ever” period between November and February, with 123 millimetres of snow or rain falling in those months, compared to the previous record of 120 millimetres in 2008/09.” 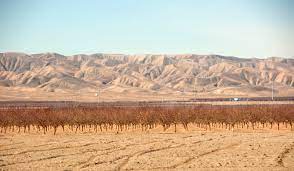 “Drought is real and California is now facing water restrictions…

“State and federal water officials have delivered their most dire warning yet of California’s deepening drought, announcing that water supply shortages are imminent and calling for quick conservation.” 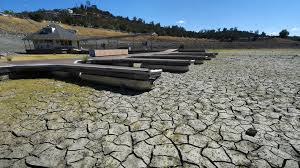 “The driest parts of the American West are already in the grips of a “megadrought,” defined as a prolonged drought lasting two or more decades.

“The ongoing drought is the result both of reduced precipitation, including less of the winter snowfall that replenishes water reserves, and punishingly high temperatures, which strips the soil of moisture.” 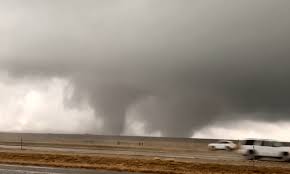 “Up to 8 inches of rain could cause flash floods as storms move into south Mississippi, forecasts show.

“A flash flood watch was issued for the region early Tuesday and will remain in effect through Thursday night as residents brace for another round of storms. The area could see damaging winds, hail and isolated tornadoes later this week.” 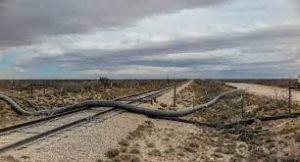 “Permian Basin Methane Emissions Are Back at Pre-Pandemic Levels…

“One rather grim data point in the economic recovery from the pandemic: Methane emissions from America’s largest oil field have rebounded.” 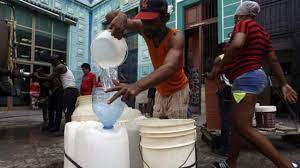 “Dutch photographer and anthropologist Sanne Derks speaks to Amanpour about her work in documenting severe water shortages in Cuba.” 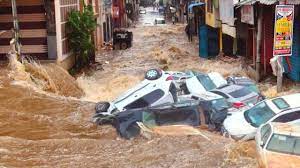 “Heavy rains in Colombia highest on record for March…

“Heavy rainfall across Colombia forebodes a torrential Easter accumulating to the already historical levels of precipitation recorded during the month of March by the national meteorological agency IDEAM.” 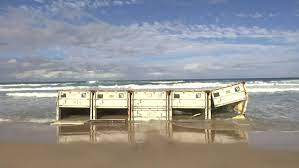 “Hazardous debris is being swept along muddy rivers and dumped on NSW beaches as extensive flooding flushes shipping containers, fridges and gas bottles hundreds of kilometres to the ocean.

“Residents in sodden parts of Sydney and NSW have reported cars, trees, outdoor furniture and dead animals being washed away…” 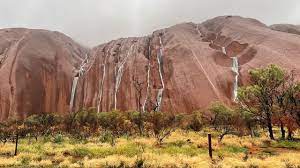 “...wild weather leads to waterfalls on Uluru… while Sydney is bracing for a ‘plague’ of deadly spiders…

“In the country’s arid centre, water cascaded down the Uluru rock formation, a rare phenomenon described by the national park as “unique and extraordinary”.” 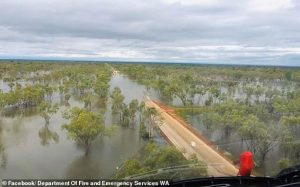 “Towns turned into islands and 2,000kms of road underwater: Western Australia is smashed by floods after torrential downpour…

“Western Australia’s wet season is in full swing with prolonged rainfall prompting flood warnings and turning towns in the state’s north into isolated islands. Some townships have gone several weeks being cut-off from the rest of the country…” 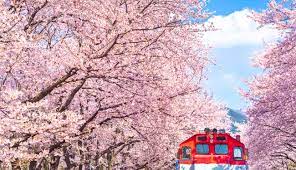 “Seoul saw its first cherry blossom blooming of this year on Wednesday, the earliest in 99 years, the state weather agency said.

“The blooming of cherry blossoms began in the capital on the earliest date on record since observation began in 1922, the Korea Meteorological Administration (KMA) said Thursday.” 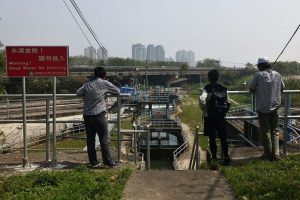 “Taiwan stepped up its fight against its worst drought in decades, further reducing water supplies to areas including a key hub of semiconductor manufacturing in the central part of the island in an effort to stop reserves from running dry…

” A shortage of semiconductors has slowed output at automakers worldwide, prompting TSMC and its peers to run their fabs at close to full capacity to try and keep up with demand.” 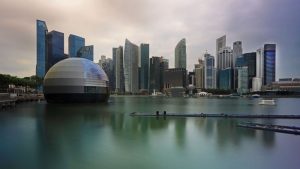 “An extra-cool spell triggered by the weather phenomenon known as La Nina was not enough to offset soaring temperatures in Singapore, said the weatherman in the country’s annual climate assessment report yesterday.” 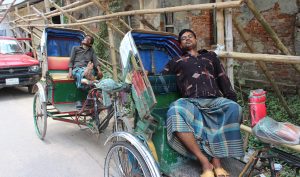 “The research, led by international climate change scientists, found that Bangladesh, Pakistan and India are most at risk of catastrophic heat events if climate change targets are missed.” 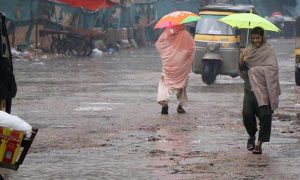 “With torrential rains battering parts of Khyber Pakhtunkhwa [Pakistan] for the second day on Tuesday, a woman lost her life and two people, including a child, suffered injuries in calamity-related incidents…

“The rain-related incidents also led to the destruction of nine houses and partial damage of 14 in different parts of the province.” 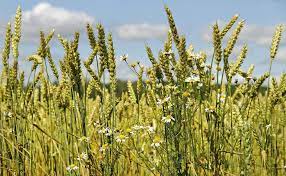 “Weeds have been boosted by climate change and are a greater threat to food crops now than at any point in human history, scientists have warned.

“Food security is under threat if weed resistance to herbicides becomes widespread, a study has said…” 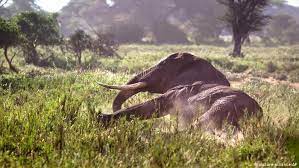 “As the living tissue of the earth, biodiversity is “intimately linked to human health” the head of the UN’s scientific agency told a global forum on Wednesday, noting that “we are part of that living tissue”.” 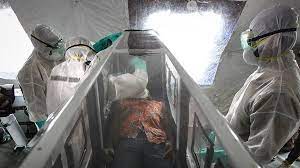 “Outbreaks of infectious diseases are more likely in areas of deforestation and monoculture plantations, according to a study that suggests epidemics are likely to increase as biodiversity declines. 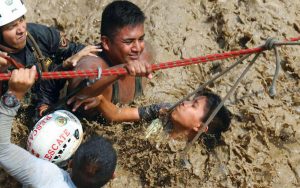 “One degree of global warming causes a 50% increase in population displacement risk:

“A new study shows that if the population were fixed at current levels, the risk of population displacement due to river floods would rise by ~50% for each degree of global warming. However, if population increases are taken into account, the relative global flood displacement risk is significantly higher.” 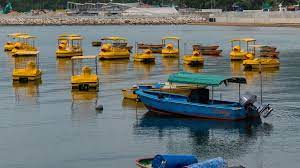 “Rivers are a surprisingly large source of greenhouse gases, and water pollution makes their emissions many times worse…

“It’s estimated that rivers and streams release up to 3.9 billion tonnes of carbon each year (around four times the amount of carbon emitted annually by the global aviation industry). 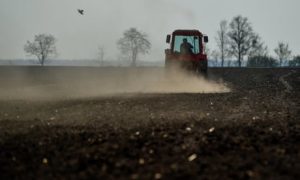 “One of Earth’s giant carbon sinks may have been overestimated:

“The storage potential of one of the Earth’s biggest carbon sinks – soils – may have been overestimated, research shows. This could mean ecosystems on land soaking up less of humanity’s emissions than expected, and more rapid global heating.”